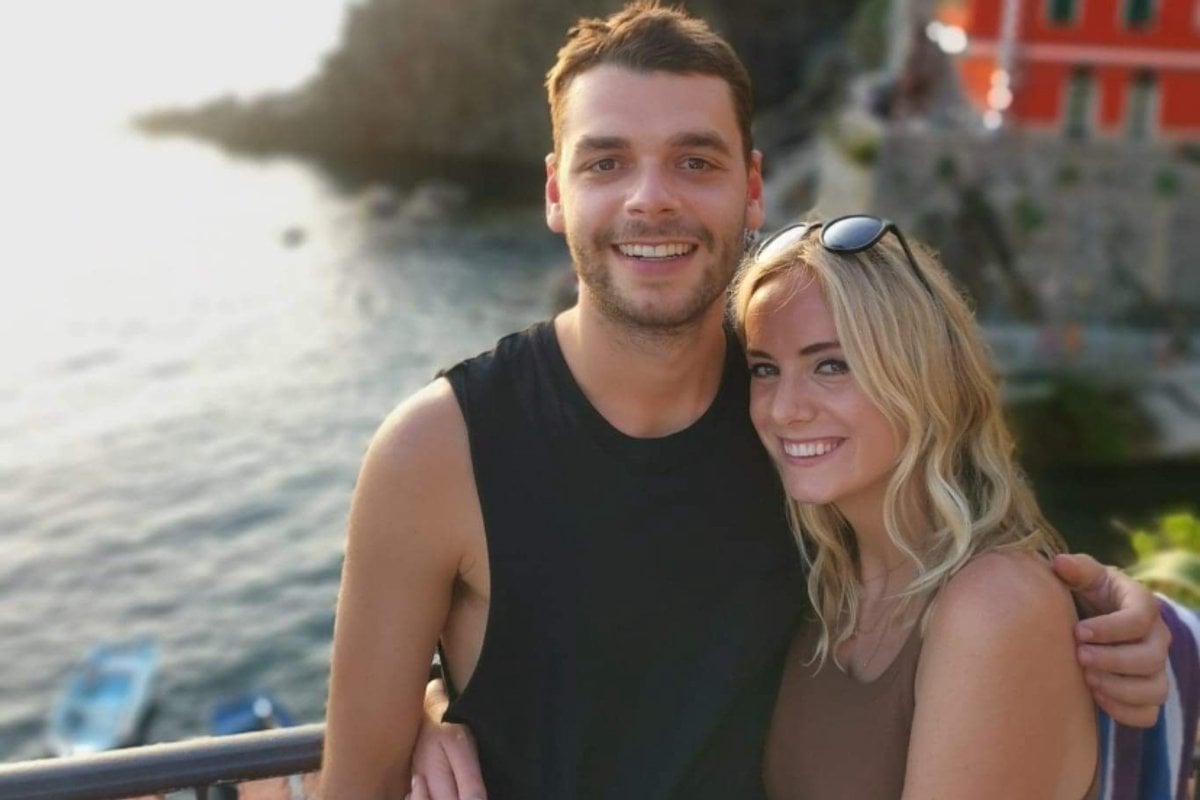 Listen to this story being read by Jessie Stephens here.

In the months leading up to my first overseas trip since the COVID pandemic began, I discovered something else that had been stolen from us.

The glorious, uncomplicated pleasure of anticipation. How does one look forward to a thing that can be taken away at any moment?

Like just about everyone else in the world, I'd planned holidays and work trips and RSVP-ed 'attending' to birthdays and weddings that had ultimately been cancelled. The default emotion associated with any future joy had become disappointment, which led to a kind of apathy about the future. For two and a half years, every plan had been written in pencil, the eraser hovering over the calendar.

What I didn't realise prior to the pandemic, was that anticipation and fantasising about an approaching holiday is fundamental to the experience. It cannot be good for us to treat the future with such distrust.

Watch: How to travel, home style. Post continues after video.

And so, in the lead up to my overseas trip, which would include the United States, Greece and Italy, I refused to talk about it. The US requires a negative COVID test 24 hours prior, and I became convinced I'd test positive and the entire trip would be ruined. I didn't research where we were going or ask for recommendations. I refused to tempt fate.

Then I tested positive to COVID.

For twenty-six months I'd avoided it. And ten days out from my first overseas trip in years, two clear lines emerged on a stupid piece of plastic.

The first thing I did was triple-check the rules. Legally, I would be allowed to travel if I tested negative by then, which was far from guaranteed. I was also concerned about still being symptomatic when boarding the plane, or potentially getting really, really sick.

Luckily, my symptoms were relatively mild – at least at first. I tested negative before boarding, and as my partner and I walked onto the plane, we still couldn't quite believe it.

After spending a month overseas, visiting three different countries, here are the things I didn't expect.

Your passport might take a lot longer than you think.

If you have a holiday booked for six or twelve months down the track and your passport has expired, apply now.

I applied for my passport (which was due to expire before I left) nine weeks before flying out and was told I would receive it within six weeks. One week prior to leaving, it still had not even been processed.

After hours on the phone to the Australian Passport Office, and dozens of emails, the passport was processed but postal delays meant I required the assistance of Australia Post to pick it up from a warehouse less than 24 hours before my flight.

I very nearly didn't make it onto the plane.

You'll probably get sick, but not (necessarily) from COVID.

Stock up on cold and flu medication before you leave.

Just about everyone we met up with overseas contracted some sort of cold, a reality of travel we had perhaps forgotten.

Although my experience with COVID had been mild, about 14 days after testing positive I developed a fairly debilitating cough. The US now has telehealth consultations, and a doctor suspected I had either COVID pneumonia or bronchitis, which required antibiotics and Ventolin. Which brings me to my next point...

An obvious one, but travel insurance has surely never been more important.

The medication I required came to more than $100AUD, and that was on top of telehealth consults.

It was a reminder that while it might be tempting to treat COVID as mostly an inconvenience, it remains a serious threat to our health. If we do end up sick or injured overseas, the last thing any of us wants is to be worrying about money.

The Australian dollar is bad. And if we think inflation is out of control here...

I'm not an economist. But what I do know is that a coffee on the East Coast of the US cost me $10AUD.

Going out to dinner at a standard restaurant was astronomically expensive. I'd barely noticed tipping in the US pre-pandemic because food was so affordable and the Australian dollar was decent, but a 20 per cent tip of $200 (what you're spending on dinner for two) is $40USD, so about $58AUD. And that's just the tip.

Inflation in the US is the highest it's been in 41 years, and Greece is at a 28-year high. As a tourist, you'll very much feel it.

From Uber drivers to hotel concierges to commuters on public transport, broadly speaking, people are wearing masks. If you take a moment to retrieve your mask from your bag, people will (justifiably) glare at you.

There is hand sanitiser at the entryway of every shop and some venues require proof of vaccination (for example a theatre we visited in New York).

If you are someone who is immunocompromised or afraid of travel because of the likelihood you'll contract COVID, the US and Europe felt very much like Australia in terms of their management of the virus. The only discernible difference is air travel within the US, which does not require a mask to be worn.

Given it is summer in the northern hemisphere right now, most dining is outdoors. There are also more markets and outdoor stalls than I've ever seen, which brings me to...

Perhaps it is most obvious to a tourist who hasn't visited for five or so years, but a place like New York looks completely different.

Outdoor seating for bars, pubs and restaurants line just about every street, taking up a significant portion of the roads. Europe has always done outdoor dining well, but even nightclubs are often open-air and bars have popped up in courtyards.

With that said, there are a lot of places that have shut their doors. Restaurants that had become institutions and places I so fondly remembered were now empty, unoccupied buildings. The pandemic did not sweep these cities without leaving scars.

International travel isn't how you remember it. It's better.

I am aware of the privilege dripping from this article.

I am not immunocompromised. I am in my early thirties. I do not have any underlying health conditions. My relationship with COVID has, for the last two and a half years, been determined by those circumstances.

I also, through luck more than anything else, had some savings. My job has been safe and I have no dependents. I rent (meaning I do not pay a mortgage) and my partner and I have been saving (money and annual leave) for this holiday for years.

We also prioritise international travel because that's where we want to spend our money. I didn't leave Australia until I was 19, and spent a year saving so I could backpack and camp around Europe. I thought I would never again feel what I did at 19. When I landed in London 12 years ago I remember my mouth hanging open as I caught the tube to the city, and wanting to touch the ground beneath my feet, unable to grasp that this was real.

As I walked through the Pantheon in Rome and the Duomo in Florence and wandered through Central Park in New York, I couldn't believe that these landmarks were still there after everything that's happened.

The world is still big and wonderful and New Yorkers are still in a hurry and Italians still serve free snacks before dinner and Greeks still make the best yiros. But now we know that none of those things are promised. They were taken in an instant. Being back amongst it feels dreamlike.

For the last few years, I've berated myself for a lack of focus and spending too much time on my phone, and I discovered after being away for a month how desperately I sought new stimulation. There is a presence that comes with travel that is more palpable now than ever. I was in flow, looking out at the fields of Tuscany, and listening to chatter in a language I didn't understand and walking around Rome with a guide full of thousands of years of history.

Travel makes us feel insignificant in the best way possible. We are small, our worries mostly unimportant.

I've returned feeling better than I have in years. My cup is full.

Life is full of things to look forward to. Let's dare to hope again.

Reply
Upvote
I started reading the article thinking I'd wait a but longer to travel, hearing about the low Aussie dollar but then, at the end of the article, I teared up, with memories & how it could & was taken away from us in an instant! Great article, I am now going to book a trip.