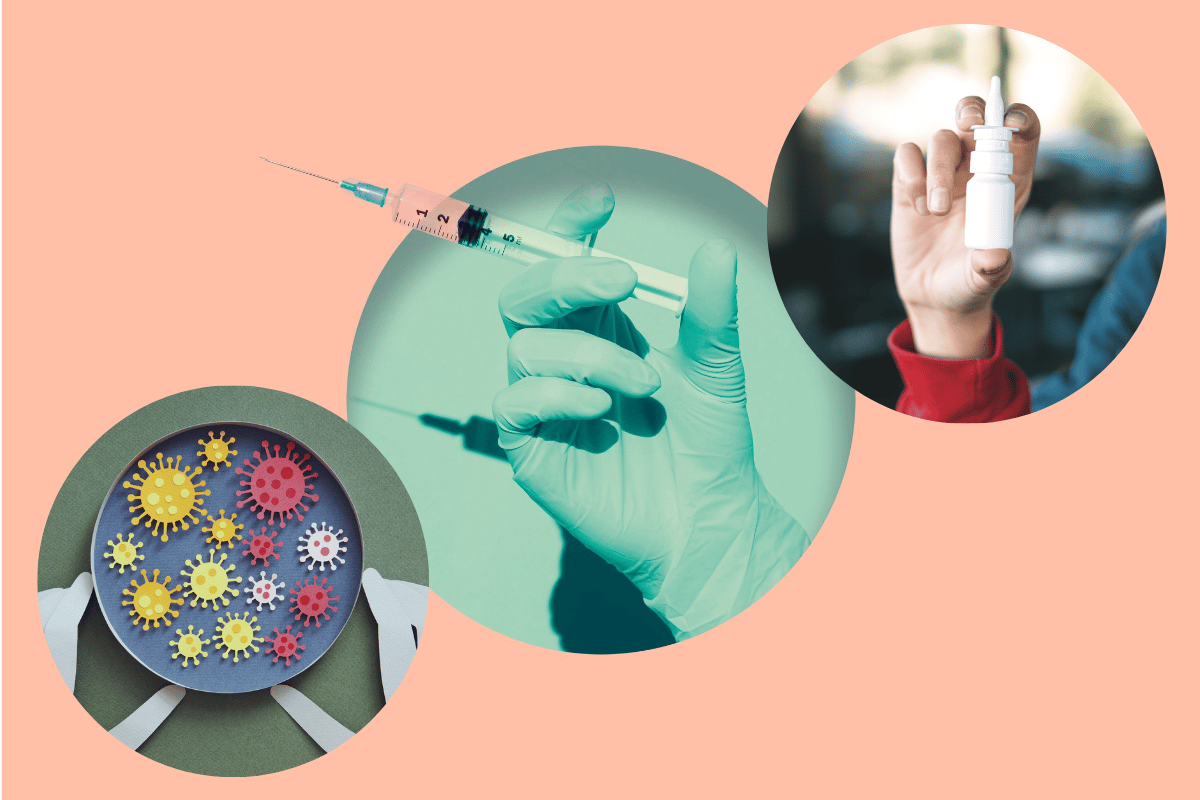 The news cycle has been pretty overwhelming these past weeks, especially in the case of COVID-19 numbers, border changes, and restrictions being chopped and changed.

To try and lift the mood to some extent, we wanted to bring our Mamamia readers five things that might make you feel a bit better about COVID today: whether it's our vaccination numbers, a promising new trial on the horizon, or that experts are predicting Omicron isn't as bad as we once thought.

Australia's vaccination numbers are something to celebrate.

Across Australia, 90.8 per cent of people over the age of 16 are fully vaccinated, with 94 per cent having at least one dose of the vaccine.

Another vaccine stat to celebrate is that all states and territories across the country have a second dose rate above 80 per cent, which is amazing! Image: Getty. It's also great to see the work being done in Indigenous communities across the country. Currently, over 70 per cent of First Nations People over the age of 16 are fully vaccinated.

Another success story has been the campaign work of television personality and Yamatji man Ernie Dingo, who has been travelling to communities and meeting local First Nations People in a bid to address concerns about the vaccine.

COVID-19 has largely become a disease of the unvaccinated in hospitals.

New data from NSW Health has shown COVID-19 has largely become a disease of the unvaccinated in NSW hospitals.

A recent analysis by the National Centre for Immunisation Research and Surveillance, found those who are fully vaccinated were significantly less likely to experience severe disease if infected with the virus. The data is based on case numbers and vaccination status in NSW.

Although this piece of relatively good news is specific to NSW, the data does help epidemiologists and health experts predict what is to come for other states and territories.

Evidence is suggesting Omicron symptoms are milder than once anticipated.

While Omicron may be more infectious, indications so far suggest it actually causes a less severe illness.

Associate Professor Sanjaya Senanayake, an infectious diseases expert based at the Australian National University in Canberra, spoke with Mamamia's podcast The Quicky, answering all our Omicron-related questions and fears.

"We haven't got a huge amount of information from South Africa but from what we've heard, it's infecting young, healthy people, but causing a mild illness that's keeping them out of hospital," said Senanayake.

Listen to The Quicky, Mamamia's daily podcast that gets you up to speed on the news. Post continues after audio.

Australia's Federal Health Minister Greg Hunt has expressed a similar sentiment, saying at a recent press conference: "Much of the early evidence is of a mild set of outcomes and symptoms, but there is more evidence to come." 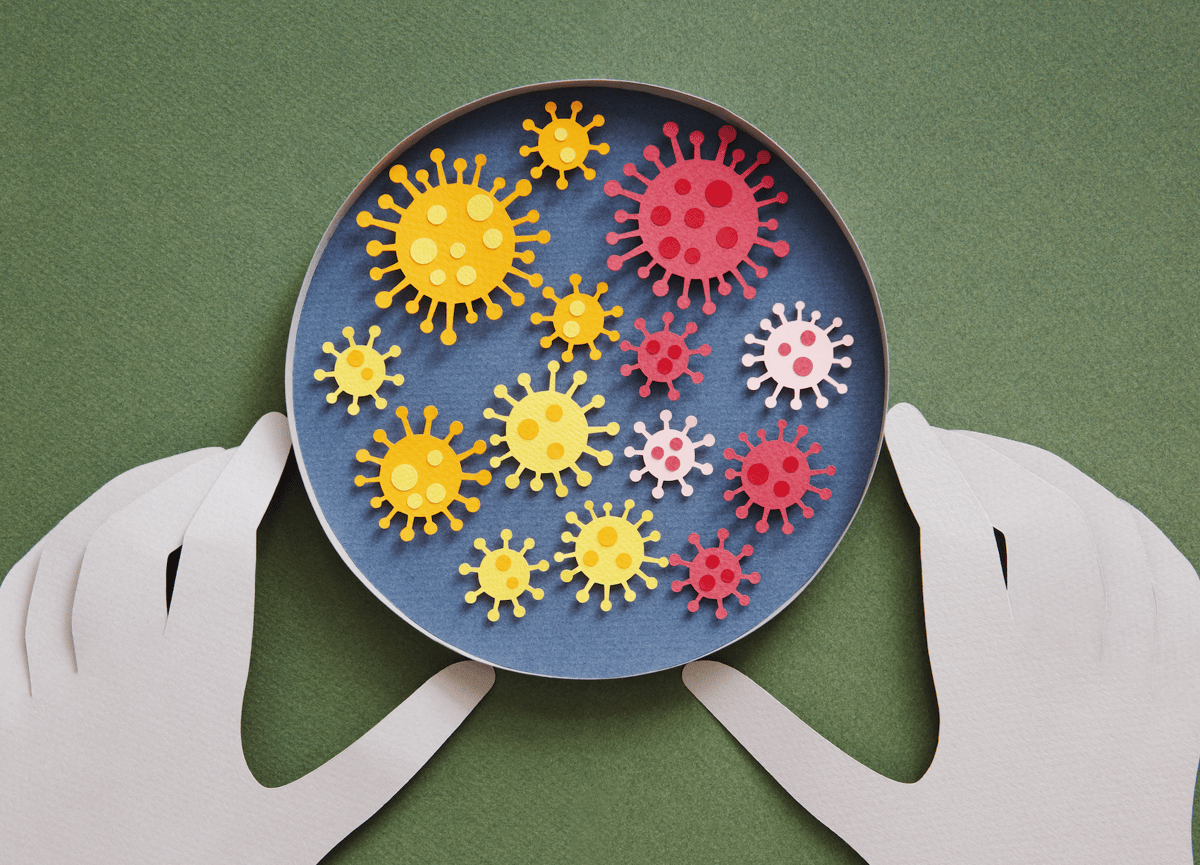 Image: Getty. Epidemiologists have also been examining whether Omicron does come with a sense of hope.

The theory is if a less virulent strain becomes dominant (in this case the Omicron strain overtaking Delta), more people will become infected but fewer will be critically sick.

Of course, time will tell: it still remains important to not put too much pressure on Australia's health system and hospitals.

Australian researchers are trialling a nasal spray treatment in a bid to prevent COVID-19 transmission.

Trials have recently begun down under, with Melbourne researchers examining the efficacy of a new nasal spray treatment, which could potentially prevent the transmission of COVID-19.

And it's all thanks to the world's second most common drug: a blood-thinner called heparin, which is stable at room temperature, easy and cheap to produce and can be transported without refrigeration. 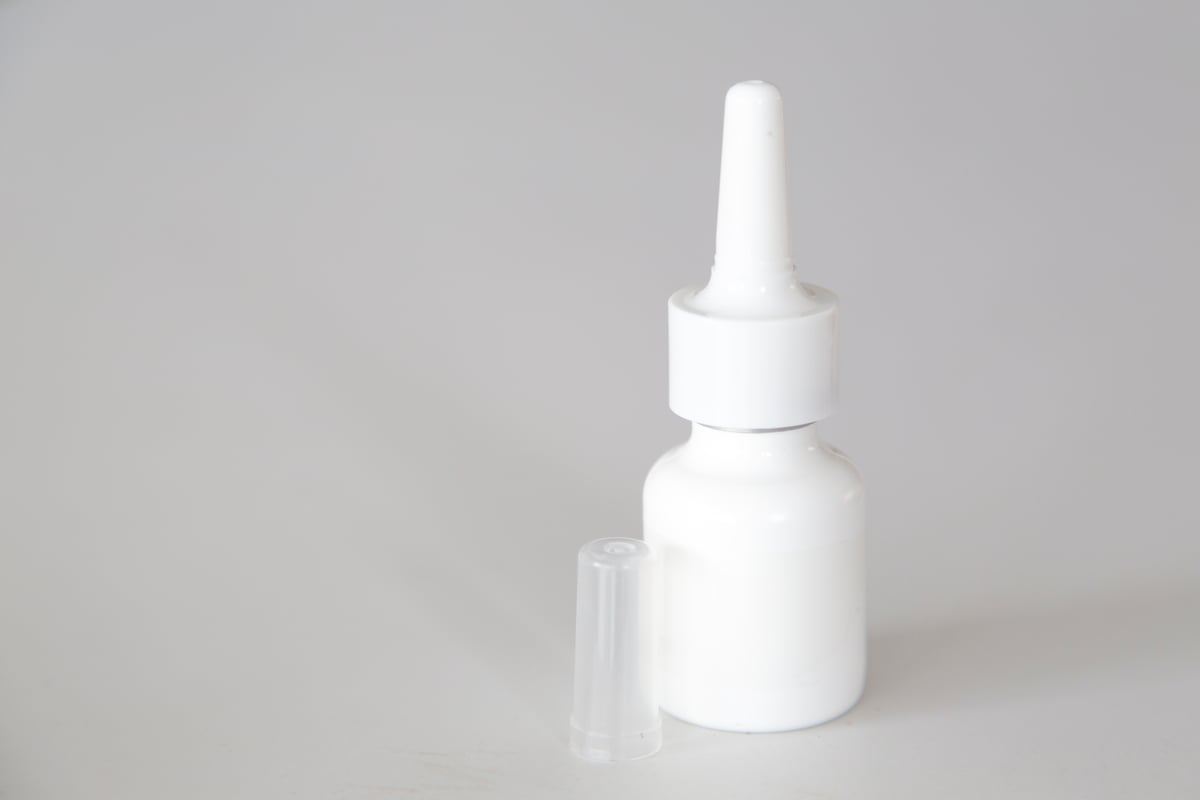 In conjunction with Melbourne, Monash and Oxford Universities, Mr Campbell has noted that studies so far are pretty promising, finding the spray can block the transmission of the virus (including the Omicron variant) and prevent infection.

Melbourne researchers have turned one of the world's most-used drugs into a nasal spray which they hope could prevent COVID-19 transmission.https://t.co/5CZtnXz3rW

Director of the Lung Health Research Centre at the University of Melbourne, Gary Anderson, told ABC News, the spray would be simple to use, only two puffs in each nostril three times a day.

"When [COVID] first gets into the nose, it binds to a molecule called heparin and if it mutates that binding site it can't bind," Mr Anderson said as quoted by ABC News.

"Heparin is so close in structure, that it binds on and paralyses the virus, so it stops it infecting and also stops it spreading to others."

You're not alone if you are experiencing pandemic anxiety.

Given many of us have been impacted by the pandemic in some varying capacity, it makes sense if you're feeling a little overwhelmed when it comes to the recent rise in COVID-19 cases.

As Mamamia's own Jessie Stephens wrote in a poignant article this week: "At this point, days out from Christmas, there is just a swell of feelings. Disappointment. Anxiety. Fear."

If you're still feeling a bit anxious, here's some tips from Lysn psychologist Nancy Sokarno to help as we ride this new phase of 'COVID-normal':

With anxiety and uncertainty can often come anger and feelings of insecurity. So during this challenging time, let's instead keep an eye out for each other and offer support to those in need. Because 2021 has been quite the handful for all of us, but we're very close to the finishing line!

Reply
Upvote
1 upvotes
It's good to hear that the Omicron seems to be causing only mild symptoms. We hear the number of new cases every day, but its a lot less frightening if most of them aren't seriously ill.
C
cat 5 months ago

Reply
Upvote
@rush Most covid patients weren't seriously ill with the previous strains.  Im not at all convinced by the studies claiming its milder- it would be great if it is but until we have a lot of data about ICU admissions and deaths from a range of countries (high and low vaccination rates, old and young populations) its way too early to conclude its not dangerous.
M
mamamia-user-482898552 5 months ago

Reply
Upvote
@rush Even one or two percent of our entire population needing a hospital bed will sink us.
J
jmckay875 5 months ago