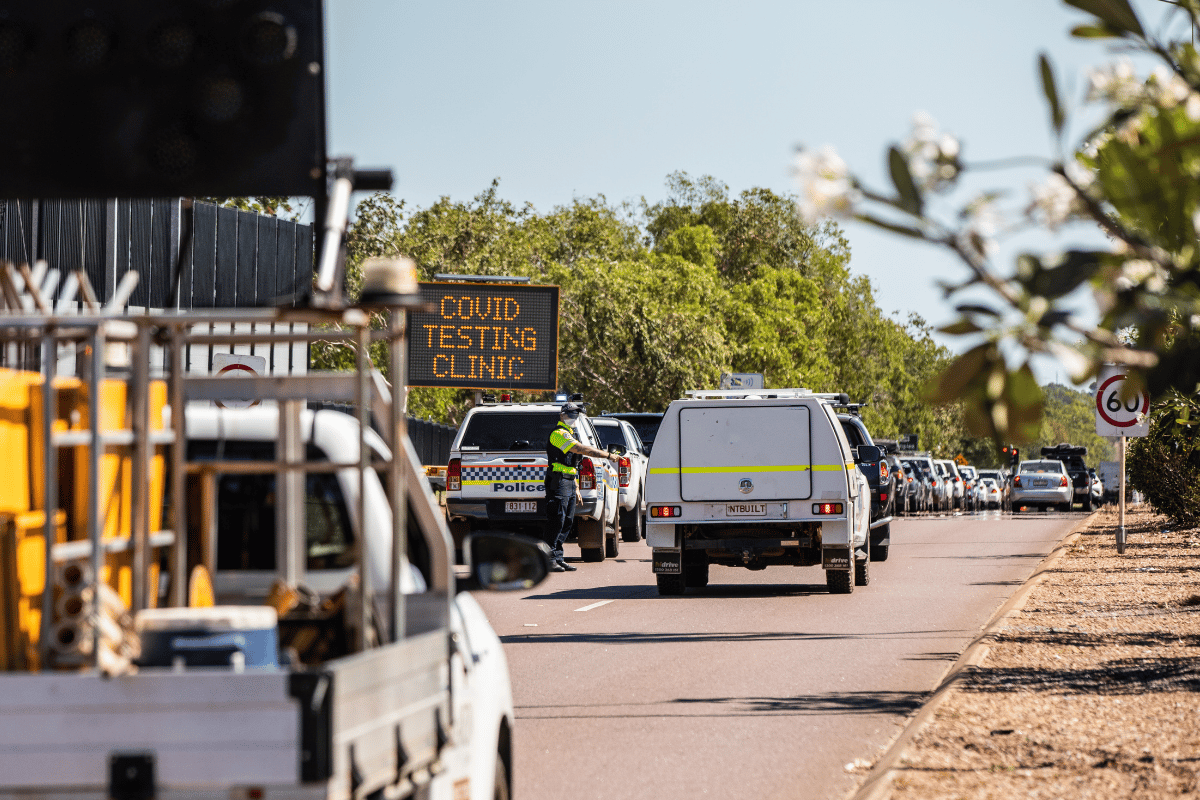 The Northern Territory is currently on high alert, with a total of 11 confirmed COVID cases in the Katherine and Robinson River area.

NT Chief Minister Michael Gunner has also confirmed all cases are Indigenous community members, causing concern for First Nations individuals who are not vaccinated, living in remote communities nearby.

“This is obviously a serious escalation in the COVID-19 situation in the Northern Territory,” the Chief Minister said on Tuesday.

With another major fear among locals being the possibility of hospitals being overrun, many are calling for greater vaccination rates, resources and news coverage to be given to Australia's Top End.

Watch: WHO's advice on protecting yourself against COVID-19. Post continues below.

“I know this is a serious development, we are doing all that we can to make sure you are safe. This is a coordinated effort, we are all working together. All Territorians have a call to action,” he said.

As the Top End prepares for an influx of patients in hospital, some locals are feeling disenfranchised that a handful Aussies are potentially being left in the dark over matters happening up North.

One Territorian shared their concern with Mamamia.

“It kind of feels like sometimes people in these bigger cities don’t pay close enough attention to what’s going on in our smaller rural areas or towns. Yes, I can understand it probably doesn’t affect them as much, but it’s important to keep across,” they said.

“Things are feeling pretty tense up here. We’re worried about the hospitals being overrun in particular. Not to mention our remote Indigenous communities.”

Sydney and Melbourne’s lockdowns and COVID cases have most definitely garnered a significant amount of media attention. And there is good reason why, given the high case numbers and length of lockdowns within Melbourne in particular.

But there’s a reason why the Northern Territory’s current outbreak is particularly concerning. Katherine has a vaccination rate of around 80 per cent, but more remote areas do not have the same level of cover.

“It’s not so much Katherine that we are concerned about in terms of vaccination rates, it's about the potential transmission outside of Katherine through Aboriginal communities, such as Robinson River,” Acting Chief Health Officer Dr Charles Pain said at a media conference.

The vaccine rate for Robinson River is 77 per cent full vaccination and 87 per cent first dose in the community of about 350 people.

Although the increasing vaccination rates are promising, health officials are still concerned for those in vulnerable communities that have not yet been vaccinated, given the high risk the virus poses for them.

Northern Territory Senator Malarndirri McCarthy, held a press conference on Tuesday morning to share her concern over the outbreak and the need for First Nations people to get vaccinated.

A personal message from me about the Covid case in the NT. This hits close to home. I encourage families to get tested, get vaccinated, listen to the health advice and ignore the disgraceful misinformation being spread in communities particularly on social media. pic.twitter.com/MRsXN6OCp4

“I’d like to say a personal message and that is to my sister, who is the source of the COVID infection in Robinson River, that our thoughts and prayers are with her and our family,” she said.

“I would say that the messages by people across Australia, negative messages in terms of social media, that have discouraged people, in particular First Nations people, from getting vaccinated, is completely disgraceful. I would certainly encourage people to not listen to those messages.”

The risk of COVID spreading across borders is another area for contention in the Northern Territory, especially with neighbouring WA.

There is quite a low rate of vaccination in Northern WA, and in the vast Pilbara region, just one in five Indigenous people are fully vaccinated.

Television personality and Yamatji man Ernie Dingo will travel to communities and meet local Aboriginal people in a bid to address concerns about the vaccine. 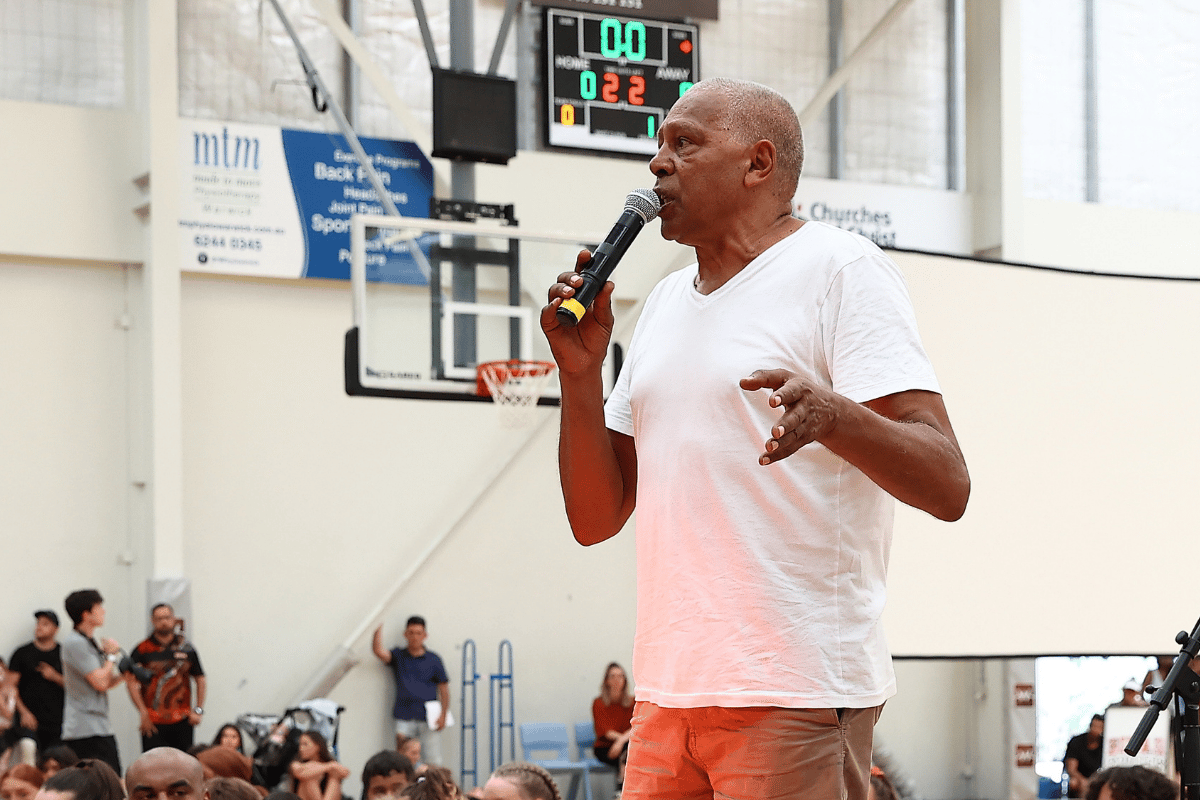 “I’ll be having a cuppa and a yarn with countrymen over brekky barbecues, listening to their concerns and encouraging them to be ready for the jab when the health teams come through the towns again,” Dingo said on Tuesday.

“It's about knowledge, about making our communities feel ready for the vaccine when it comes around.”

Queensland Aboriginal and Islander Health Council chair Matthew Cooke has also voiced the need for better education, access and resources regarding vaccination for these Indigenous communities, not only in the Northern Territory, but across Australia.

“Targeted investment is needed immediately from both levels of government, otherwise our mob will be left behind when the borders open and be left most vulnerable to this virus,” Mr Cooke said.

“We need further investment from the government as soon as possible to ensure vaccination rates can continue to rise for First Nations.”

Listen to The Quicky: what happens when you test positive for COVID-19? Post continues after audio.

Since the start of Australia’s vaccination rollout, there has been criticism levelled at the Federal Government over Australia’s Indigenous population being left behind in the vaccine race.

Several community leaders and Indigenous organisations have criticised the delivery of Pfizer vaccines to regional and remote communities as “patchy”. Some have also cited vaccine hesitancy stemming from misinformation on social media, changing government messaging about eligibility, and general mistrust of the Government as a whole.

Despite this, the Federal Government has defended its protection of Indigenous communities.