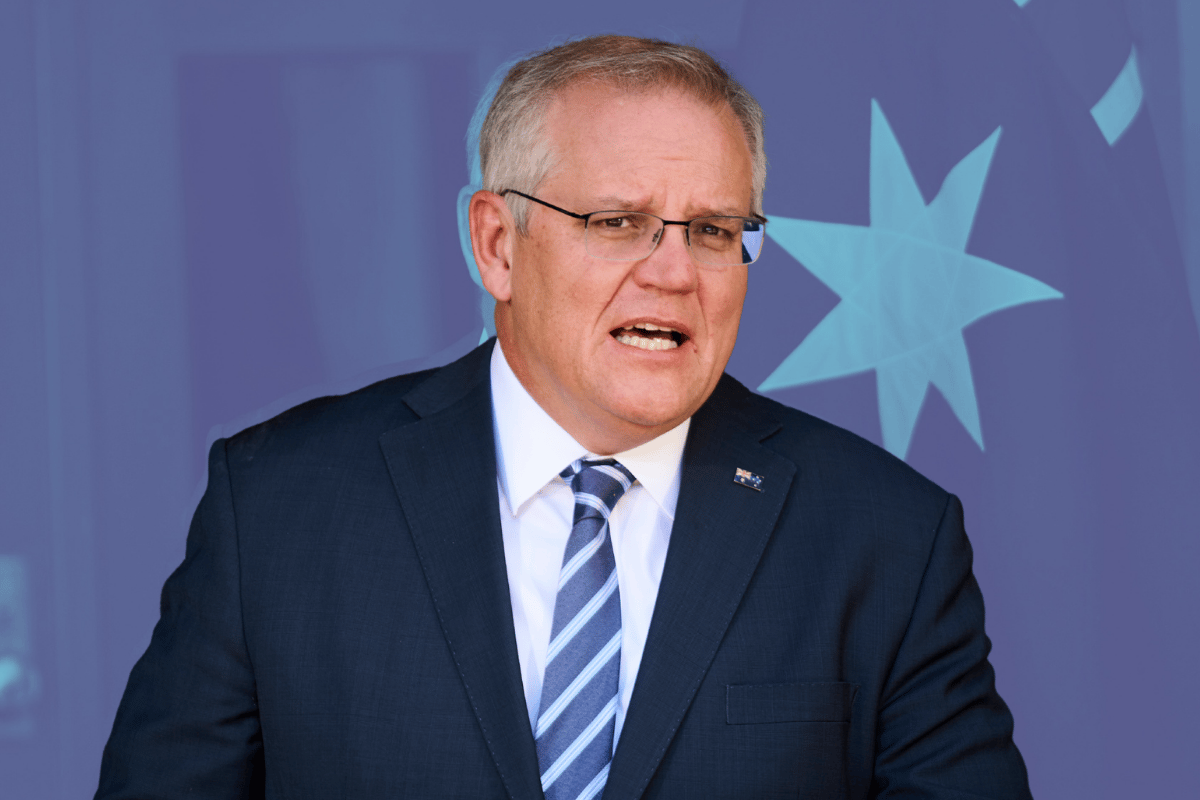 Australia's reputation on climate change is far from something to boast about.

In the lead up to Glasgow's COP26 conference, Australia has been told we're one of the worst offenders when it comes to taking action against climate change.

The government's recent net zero by 2050 plan hasn't exactly been praised by experts either.

But just how bad are we?

As Australian Prime Minister Scott Morrison heads to Glasgow for the much-anticipated climate conference, here's what we know about Australia's stance on climate action.

Where does Australia stand compared to the rest of the world?

In July this year, Australia was ranked dead last for climate action in a report that compared nearly 200 countries around the world.

In the report, Australia was awarded the lowest score of 10 out of 100 for our 'climate action' goal, which takes into account the level of emissions from fossil fuel use, embedded emissions in imports and export, and progress towards implementing an effective price on greenhouse gas emissions.

CAT - which is an independent scientific analysis that tracks government climate action - found that our climate commitment in 2030 is "not at all consistent with the Paris Agreement’s 1.5°C temperature limit".

The reason behind the recent downgrade is due to Australia's commitment to a gas-fired post-pandemic economic recovery, our refusal to increase 2030 domestic emissions targets, and our failure to stay on track to meet the targets we currently have in place.

An example of this is the coal-fired power station in Port Kembla in NSW that will be replaced by a gas-fired one and cost $30 million dollars in taxpayer money.

What is Prime Minister Scott Morrison doing about it?

Scott Morrison made headlines around the world when he said he had not yet made a decision to attend the United Nations Climate Change Conference in Glasgow this year.

The conference, known as COP26, is seen as the most important climate meeting since 2015 with over 100 world leaders attending.

At the time, Morrison indicated he was reluctant to make the trip to Glasgow because he would need to quarantine upon his return.

"I will have spent, if I do that, a total of four times 14-day quarantine, basically, in this building, not being able to engage in my normal duties around the country as much as I would like to," he told reporters earlier this month.

"That's a long time for a prime minister to be in quarantine in a six-month period."

Prince Charles later expressed his surprise over the prime minster's stance when has was informed during a BBC interview that Morrison "isn't even certain that he can make it" to the critical meeting.

"Is that what he says, is it?" Charles replied as he literally stopped in his tracks.

Morrison later confirmed he would be attending the COP26 conference. But then he had another problem; he would be going to a climate conference without a net zero emissions plan in place.

On Tuesday, the prime minister rectified this by unveiling the government's plan to achieve net zero emissions by 2050. Australia was one of the last countries holding out on a formal commitment to net zero by 2050, alongside China, Singapore, Ukraine and Kazakhstan.

However, the plan was immediately met with confusion and was criticised for relying on new technologies that don't even exist year. Specifically, 30 per cent cuts to emission rely on "further technology breakthroughs" and "global technology trends".

"If that was a 'comprehensive climate plan' then I've completely misunderstood what comprehensive means for my entire life," shared one Twitter user. https://t.co/XDBewnZT3k

"What we're taking to Glasgow is what's been described, I think correctly as the price of entry, which is to have a goal of net zero emissions by the Australian economy by 2050," Mark Kenny, Australian Studies Professor at the ANU College of Arts and Social Sciences, told Mamamia's daily news podcast The Quicky.

"I think this has been Scott Morrison's trickery here, he's made it really hard in the end to get to net zero, all the better for getting applauded for getting to net zero by 2050, when in fact, the real game is about 2030-2035.

"Boris Johnson has already called Australia's decision to announce a net zero by 2050 target 'heroic'... But anyone can see this is anything but heroic. And it's also anything but substantive."

The plan has also come under fire for its lack of legislation, with the aim to hit net zero by 2050 simply a goal rather than a target.

"Not legislating the 2050 target is a statement of values by the government... it's pretending it's for net zero by 2050. But it's not really prepared to put the policies in place. And it's not even prepared to legislate that target," said Kenny.

"The government says it didn't legislate the 2030 target, and it's going to exceed its 2030 target as outlined in Paris. Well, that looks to be true. But it's now going to be taking to this Glasgow conference, the projection of what our emissions reduction will be in 2030. And we're hearing numbers like somewhere between 30 and 35 per cent. So that's above the 26-28 per cent range that we pledged for 2030."

"But how seriously, will the rest of the world take that? Why would they take that seriously, if we're not even prepared to offer it up as a promise?

Listen to Mark Kenny's full interview on The Quicky. Post continues below.

What are the experts saying?

Emeritus Professor Will Steffen, a Climate Council spokesperson and climate change expert, told The Quicky that there are a number of problems with our goal of net zero by 2050.

"One is, it's still extremely vague as to how we might possibly meet a net zero by 2050. And second of all, the science is pretty clear that net zero by 2050 is too late," he said.

"Globally, we need to aim for net zero by 2040. Here in Australia, we could actually do a bit better than that and reach net zero in mid-2030s."

"One of the focuses of the Glasgow COP26 meeting is going to be on near term targets, that is 2030 targets, because again, science says quite clearly, that if we don't get our emissions down very deeply - by that, I mean at least 50 per cent by 2030 - we're not going to have a chance of meeting the Paris climate goals... So that's the real challenge I think we face now."

So why is Australia performing so poorly when it comes to climate action? Steffen says there are a few reasons.

"We're performing badly at the national level I think for two reasons, one is simple political ideologies. Unfortunately, when the Gillard Government... attempted to make this a bipartisan issue, it wasn't. And it became a partisan political issue. And I think that's created the toxic environment we have today.

"And the second major point is vested interest and fossil fuel interests [which] of course, do not want to see vigorous action on climate change. And I think they have a strong influence on the government."

As Morrison currently heads to Glasgow for the COP26 climate conference this week, Australia - and the rest of the world - will be watching on.