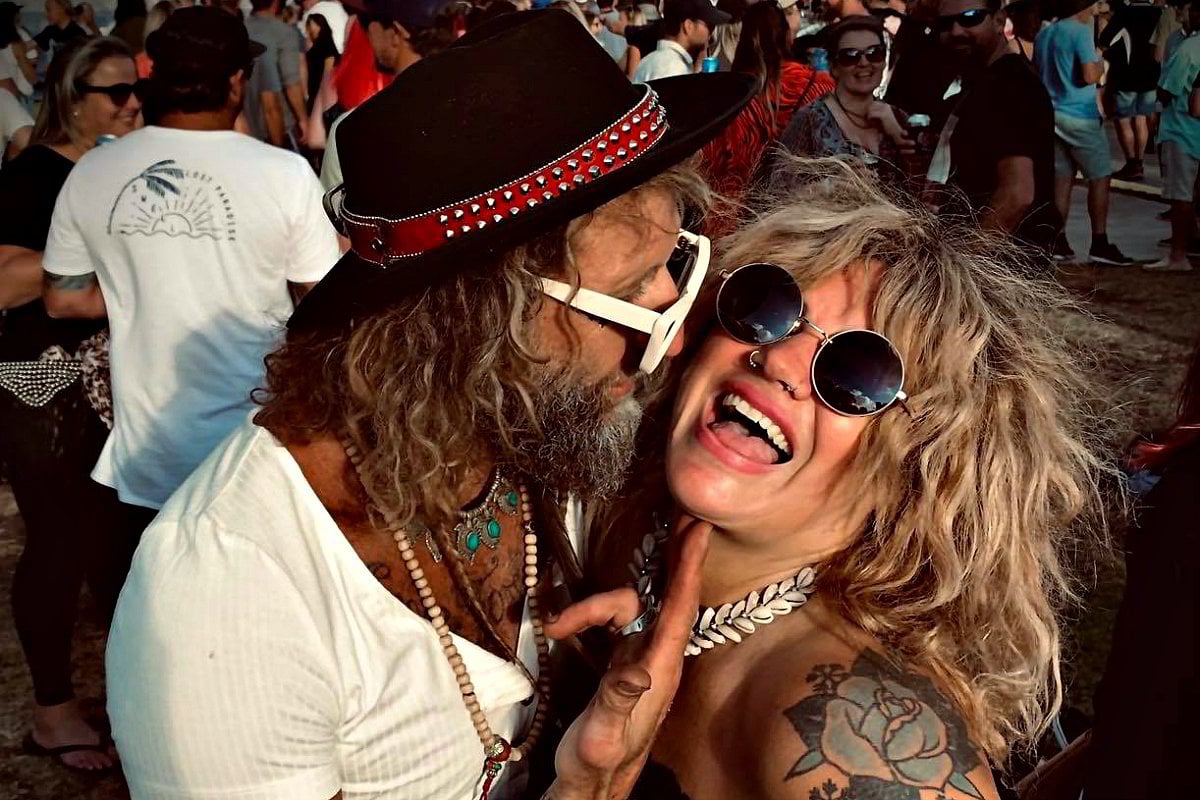 Constance Hall describes her heart as being "in two places" lately.

One half lies within her. The other, with her husband, Denim Cooke, who is currently recuperating in a Perth hospital following a serious motorcycle accident.

The Western Australian blogger/author/fashion entrepreneur's 1.3 million Facebook followers have been tracing his recovery through her posts ever since the crash on August 16.

Cooke was riding with a friend when he came off his motorcycle and was airlifted to hospital with serious injuries.

"He did a real number on himself," the former Dancing with the Stars contestant wrote, "with the back broken in 4 places and 7 ribs broken, 2 punctured lungs, a fractured shoulder and broken foot, then infections to fight

Mercifully, his spinal cord was undamaged.

Hall, 36, recently shared that doctors told them it will be a "very long road" to recovery.

"He’s been moved from ICU into the trauma ward, which is awesome, and will be moving to a long-term rehabilitation centre really soon," she wrote.

"His head took a fairly good knock, which of course being an anxiety riddled worst-case scenario kinda girl, I was thinking 'what if he never talks again?' Turns out I was wrong again and you literally cannot shut him up. That, along with the pain meds, messes with his short term and long-term memory quite a bit. Some days it breaks me and others he literally has me and the nurses in hysterics all day."

Hall and Cooke married in January 2018 in Cowaramup, north of the Margaret River.

"The thought of losing him has made me realise how much needs to change in our home lives so we can start putting each other first again," Hall wrote nine days after the accident.

"It just sucks that I needed something this horrible to make me realise I had stopped appreciating everything he does for us all."

After two weeks at Cooke's bedside, Hall returned to working part time on her fashion brand, Queen The Label, and is dividing her time between their Margaret River home and hospital, with the help of friends and family.

While apart from her "partner in crime, life, love, eternity", Hall is finding comfort in supportive messages from her followers and in the love of and for her children.

"About a month ago I said to Denz, 'I miss you, you dote [sic] on Raja all day and I feel like your never present with me anymore, he sleeps right on your chest so we barely get to cuddle in bed.' Denz stared at Raji, kissed him again and said, 'Raja is you. That’s why I love him so much.'

"So I’m holding onto that while we are apart. Raja is in my bed, in my car, on my hip. Raja is Denim, so my heart won’t always feel this torn."

It will be many months before the couple knows exactly how the accident will impact their lives and their future.

"Whatever that might be, I’ll be holding Denim as tightly as I always have," she wrote. "We are one, our hearts beat each other’s blood."