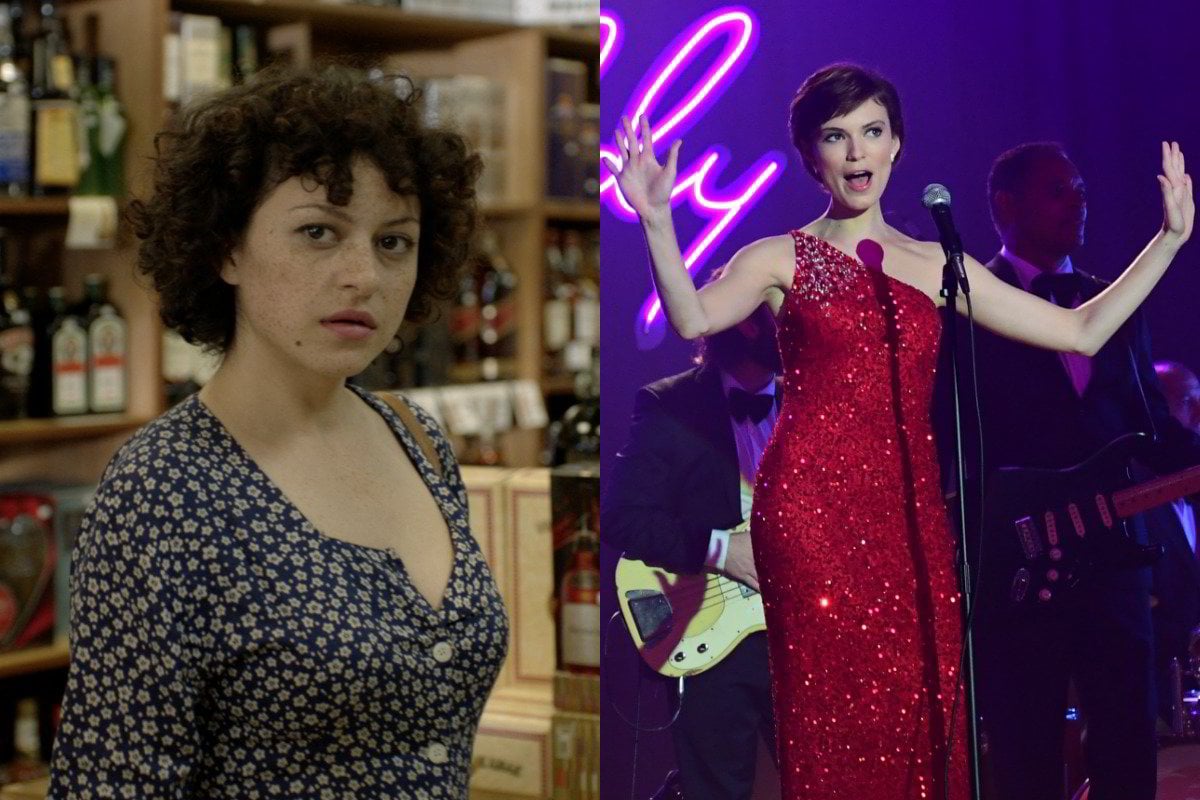 It's fair to say we've all been watching a lot of TV in recent months.

Whether is be a late night true crime doco or a trashy yet (extremely) addictive reality TV series, there's nothing like a good binge-watching session to keep ourselves entertained while at home.

And that's not going to stop anytime soon because Stan is about to drop a bunch of new TV shows and movies next month.

From documentaries like Love Fraud to Stan's Original Film I Am Woman, there's something for all of us to add to our watch list.

Watch the trailer for Stan Original Film I Am Woman. Post continues below.

Here is every TV show and movie coming to Stan in August 2020. 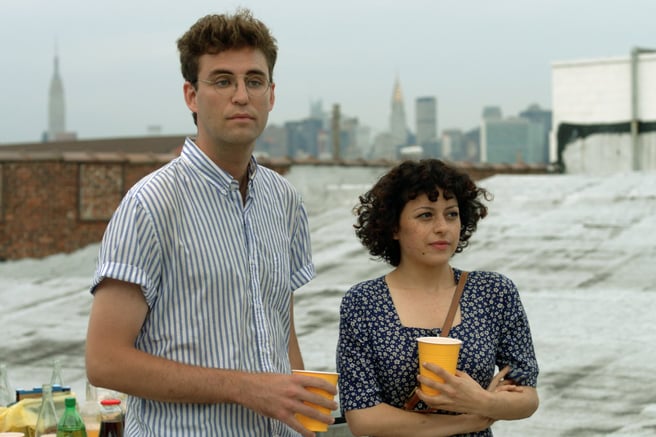 If you haven't seen the hit show Search Party yet, now is your chance. Not only is the long-awaited third season finally here, but the first two seasons of the show are also dropping on Stan. The series follows a group of four privileged young adults who become involved in a death and are forced to cover it up. The series stars Alia Shawkat (Arrested Development) who is also a producer, John Reynolds (Stranger Things), Meredith Hagner (Younger), John Early (Bad Neighbours 2) and Brandon Micheal Hall (God Friended Me).

Premieres: August 5, the same day as the U.K.

The comedy series, Mr & Mrs Murder, follows married couple Charlie and Nicola who are crime scene cleaners and amateur sleuths. Together, they use their unique talents to help solve murder mysteries.

Chimerica follows photographer Lee Burger who takes a career-making photograph during the 1989 protests of Tiananmen Square and later embarks on a dangerous journey to identify the subject in the photo. 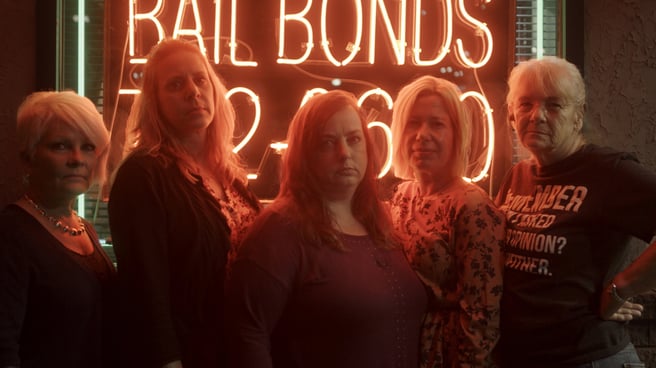 If you're a fan of docos, the four-part docoseries Love Fraud is coming to Stan next month. The series follows the search for Richard Scott Smith, who - for over 20 years -  preyed on unsuspecting women looking for love before leaving their bank accounts empty. Love Fraud follows the stories of Smith's victims who turn to a bounty hunter when they feel the justice system has failed them.

New episodes of the series will be released weekly.

Premieres: August 30, the same day as the US.

All four seasons of the 2004 reboot of Battlestar Galactica are coming to Stan in August. The sci-fi series centres around a group of humans aboard a battleship who are forced to abondon their planet after losing a battle against the Cylons. As humanity's last remnants, they flee in search of a new home, Earth.

Holmes (Jonny Lee Miller) and Watson (Lucy Liu) are back for season six and seven of crime series Elementary. But their new careers as consultants for Scotland Yard are interrupted when they find out a member of their inner circle has been wounded in America.

Psychological mystery Evil focuses on a skeptical female psychologist who joins a priest-in-training and a carpenter as they investigate the Chuch's unexplained mysteries, supposed miracles, demonic possessions and hauntings. 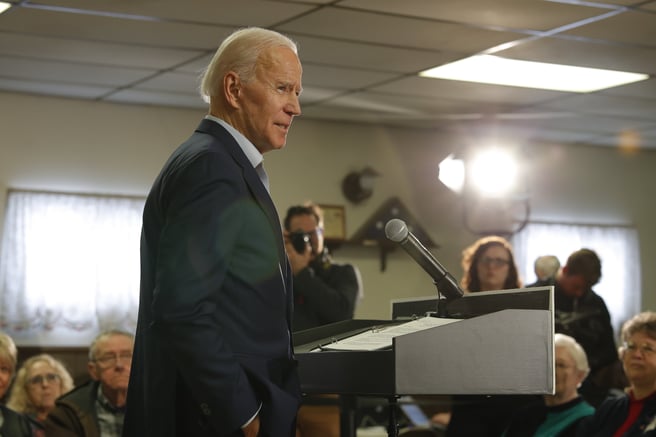 The Circus is back on Stan to take viewers behind the scenes of Donald Trump and Joe Biden's politcal campaigns. The first part of season five launched last summer and now new episodes will be released every week.

Premieres: August 17, the same day as the US.

Dark Money follows a young British boy who has landed a role in a Hollywood blockbuster and later suffers abuse on set by a renowned producer. The family decided to accept a pay-off to keep silent but they soon begin to crack under the hurt and betrayal.

Blood & Treasure is an action-adventure drama about Danny McNamara, a former FBI agent who specialises in stolen arts and antiquities, and Lexi Vaziri, an art thief who is haunted by the loss of her father. The pair team up to catch a terrorist who stole a priceless artefact.

Ex on the Beach

Seaosn four of the popular reality show Ex on the Beach is coming to Stan. As the name suggests, the show follows a group of famous singles who head to a tropical island looking for love but are later confronted when their ex partners show up on the beach.

Other continuing series in August. 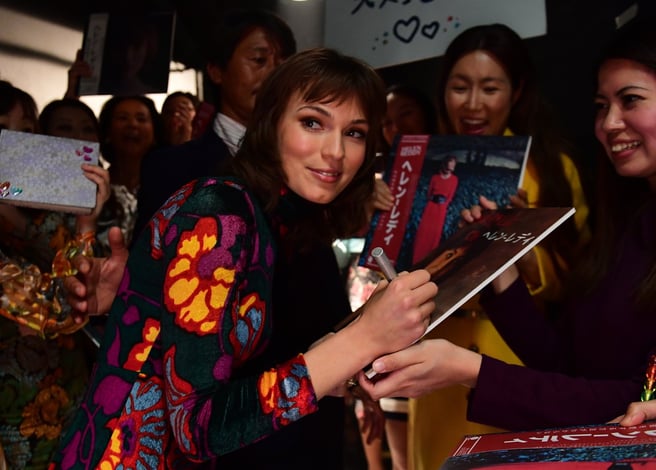 Stan's Original Film I Am Woman follows the life of Grammy-award winning Aussie singer Helen Reddy, whose hit song became an anthem for the women's movement throughout the 1970s. The film, which was shot in Sydney, stars actress Tilda Cobham-Hervey as Reddy and explores the singer's career from when arrives in New York City from Melbourne in 1966. I Am Woman is directed by Unjoo Moon (The Zen of Bennett), written by Emma Jensen (Mary Shelley) and produced by Rosemary Blight (The Sapphires and The Invisible Man).

Up in the Air

The Girl with the Dragon Tattoo trilogy.

Portrait of a Lady on Fire