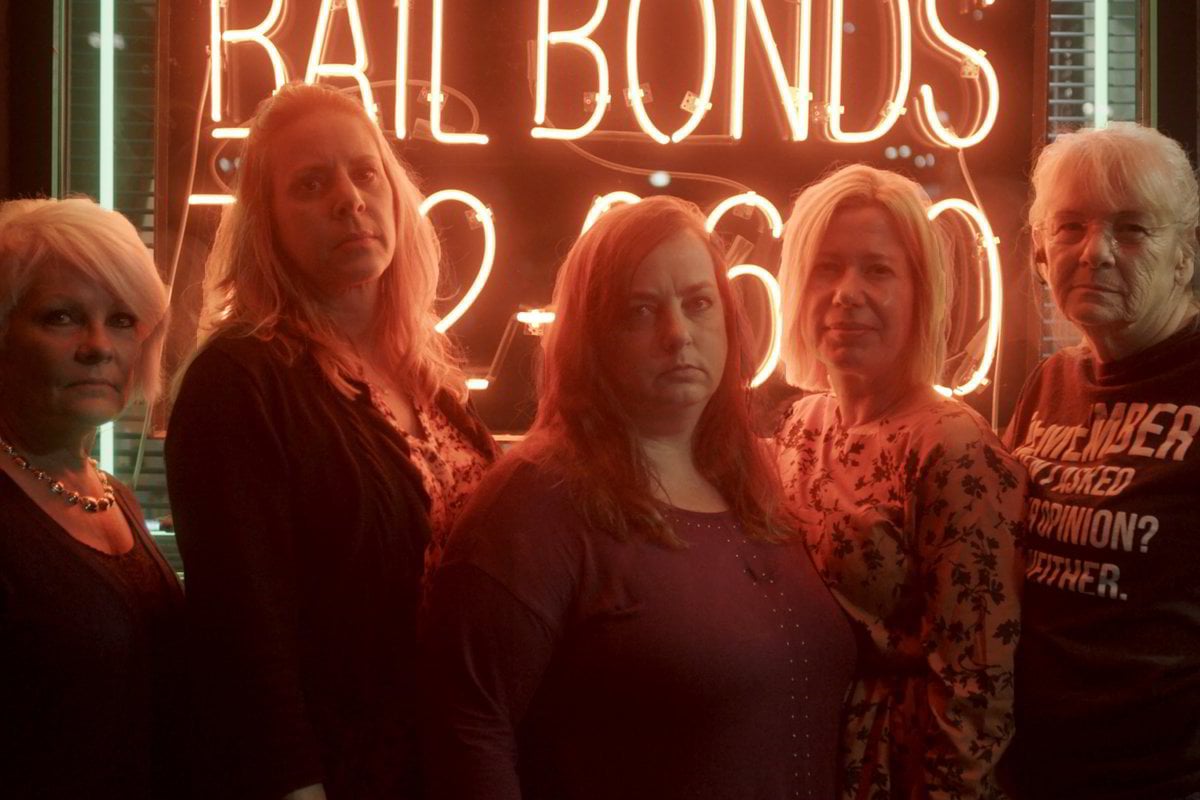 For more than 20 years, Richard Scott Smith wooed unsuspecting women, played the perfect partner, then took off – with their bank accounts drained.

Their stories are shared in Love Fraud, a four-part docuseries arriving on Stan on August 30. The series is like Catfish meets Dirty John, documenting Smith’s decades of fraud and conning women, most in their 40s or 50s, out of their life savings along with their dignity and confidence.

There are at least 10 women across the United States’ midwest with the same story of financial fraud, personal deceit and in at least one case, bigamy.

Smith would perform different roles for each woman. Sometimes, he was a passionate Christian and sometimes he was an atheist. He would change his name or backstory, and claim he was about to come into millions of dollars due to a medical malpractice lawsuit.

“Dating in your 40s sucks,” declares Tracy, a Kansas City single parent in the series’ opening scene. “It seems like your only choice is to go online to meet somebody.”

Tracy met Smith, now 48, online. He went by Mickey at that point, a pilot, religious and the owner of a real estate company. Immediately their relationship felt different.

He was doting, telling her he loved her quickly and couldn’t stand to be away from her. They moved in together and got engaged after only weeks, with a ring he said he's purchased with money from a medical malpractice suit.

Soon, 'Mickey' would say they needed to bring forward their wedding day. It became more and more urgent, creating suspicion in the mind of Tracy's daughter Sara.

Mickey combined his and Tracy's bank accounts, drained her savings and took off.

Beforehand, Sara had searched his truck and found unlabelled pill boxes, and paperwork containing different names, so she Googled them.

What she found was worse than she had ever considered: A blog, with Mickey's face plastered on top. But this website was called ‘scottthecrooksmith’. Because 'Mickey' wasn't who he said he was.

The site was started by another of his former wives, Lisa Lenton, who married Smith in April 2012 and thankfully had the foresight of freezing her bank accounts before leaving him a few months later.

"Has this man victimised you?" it asks. There are more than 50 comments from women - some still married to Smith, some still seeking a divorce.

Another victim, Jean Hansen, was not so lucky. She and Smith flew to Las Vegas in August 2015 and wed after hitting it off at a singles group.

But she later realised that "every word out of his mouth is a lie".

After agreeing to join his 'business,' Prestige Corporate Living, she was left so financially devastated that she had to borrow money to file for bankruptcy. She lost her house and her cars due to debt Smith accrued in her name.

He'd told her he'd pay back everything after he got US$1.2 million from selling another business. This was another lie.

The devastation left behind by Smith is laid bare in Love Fraud: Financial ruin, shattered trust and anger.

The blog set up by Lenton became a dossier of his crimes as more and more women began searching for the man they thought loved them, before taking off with everything they had. 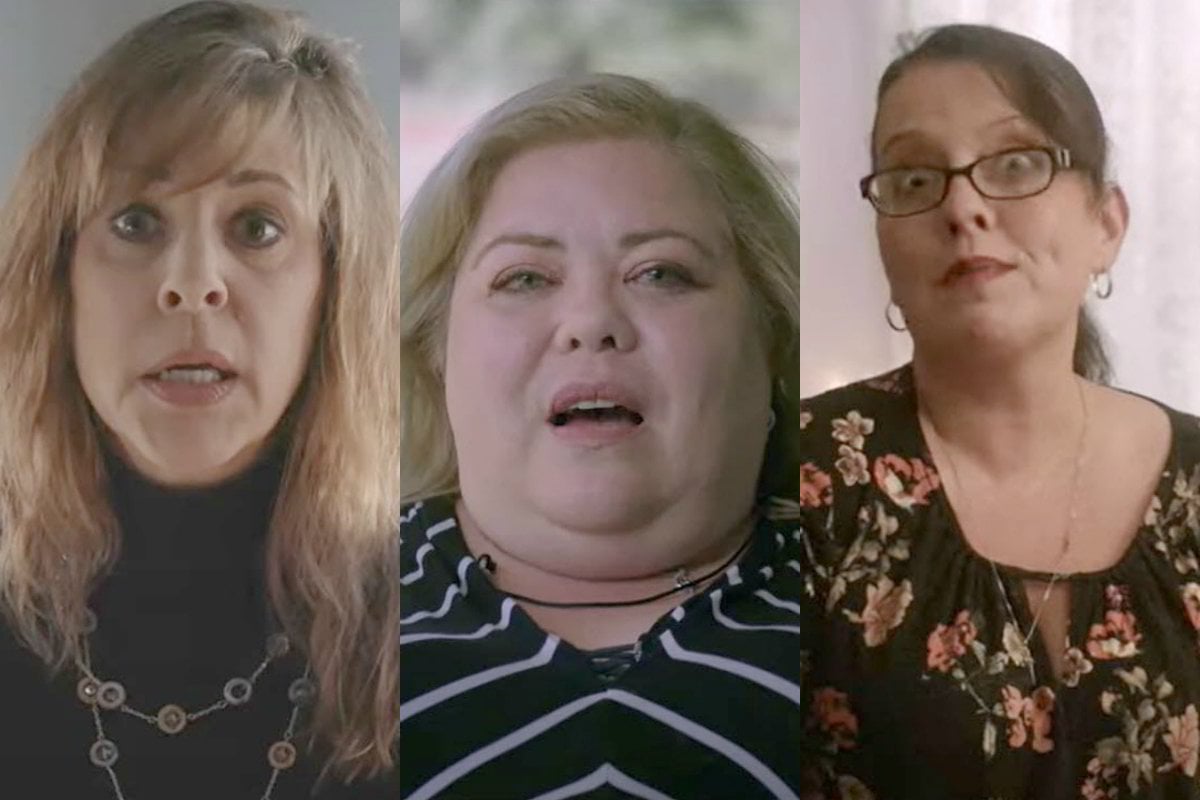 It is from here the story takes a turn towards revenge, as the group of women spanning the United States band together to take him down.

Love Fraud, a four-part series by Rachel Grady and Heidi Ewing, is part vigilante justice and part storytelling, as the directors and the women unravel the story what a seemingly average middle-aged man who preyed on dozens of unsuspecting, trusting women.

There are twists and turns, as the series works to track down Smith's whereabouts, and it may leave you with whiplash reminiscent of watching another bonkers documentary series earlier this year (although Love Fraud swaps tigers for mass-fraud).

In January 2017, Smith was questioned by police, telling a detective he'd been married "probably five times", according to an affidavit filed in Johnson County District Court for allegations of forgery and identity theft.

The anonymous woman behind the filing told police Smith was her former fiancé who had maxed out her credit cards and drained their joint account.

Felony charges were laid against him a month later, and he was released after posting a $10,000 bond.

Another woman, from Kansas City, became engaged to Smith in July 2015 (a month before his marriage to Hansen).

In September 2015, Smith assaulted her and was arrested for domestic abuse. He was placed on probation, according to court records in Iowa.

The women suffered significant losses as a result of their involvement with Smith.

"I've never experienced that kind of abuse before. And I never really thought of it as abuse until people pointed it out to me," Hansen said, according to the Daily Mail.

"Sometimes the emotional abuse is far worse than being beaten - because it stays with you forever. The scars are internal."

When they first met, the unnamed Kansas City woman and Hansen simply embraced.

"We have become best friends," she said. 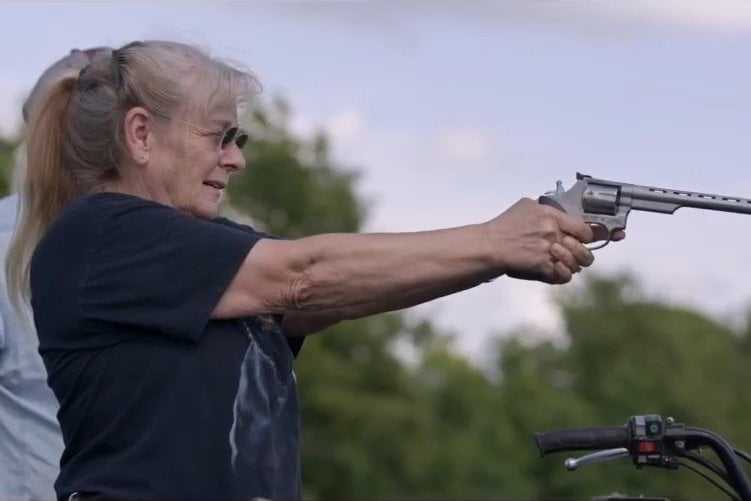 In Love Fraud, the story of these women's experiences and details about Smith are intertwined with a bounty hunter named Carla's hunt to track him down.

And as the story progresses, and gets more and more hard to believe, a couple of underlying themes persist.

We are all vulnerable to being conned, and it is crucial society - and law enforcement - take women's experiences more seriously, so men like Smith cannot con women like this again.