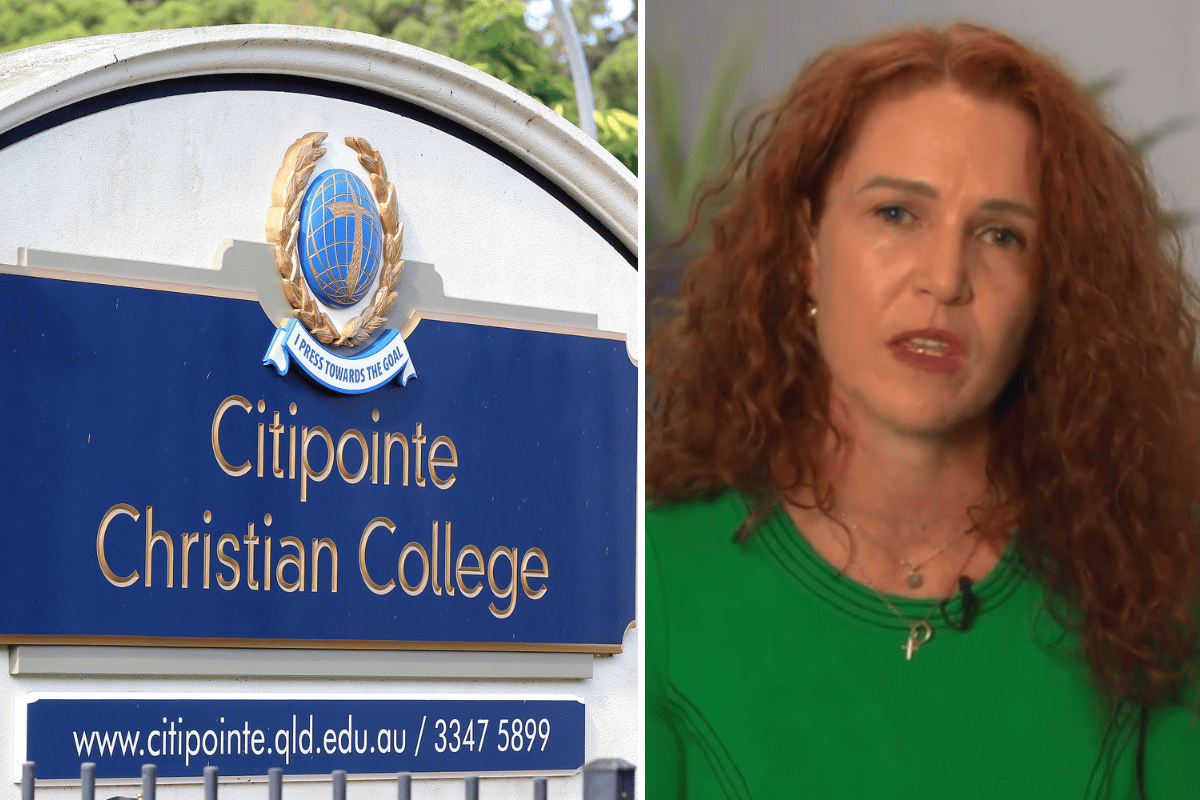 A Christian college in Brisbane has sparked major outrage after releasing an enrollment contract that labels homosexuality a 'sin' and states students will need to identify as their birth gender.

In the contract, the college "acknowledges the biological sex of a person as recognised at birth and requires practices consistent with that sex" and "will only enrol the student on the basis of the gender that corresponds to their biological sex".

In a separate clause, the school says they have "the right to exclude a student from the college who no longer adheres to the college’s doctrinal precepts including those as to biological sex".

In a "Declaration of Faith" attached to the contract, which parents must agree with to keep their child enrolled, the school labels homosexuality and bisexuality a 'sin' which is likened to bestiality and incest.

"Any form of sexual immorality (including but not limited to; adultery, fornication, homosexual acts, bisexual acts, bestiality, incest, paedophilia, and pornography) is sinful and offensive to God and is destructive to human relationships and society," the declaration reads.

Within days, the contract was met with widespread backlash, driving former student, Bethany Lau, to create a Change.org petition "to show Citipointe that we will not stand for such blatant transphobia or homophobia".

"Citipointe is using their religious beliefs to openly discriminate against queer and trans students, as well as threatening to take away their education," Lau wrote on the petition, which has amassed over 109,000 signatures at the time of publication.

I have condensed the disgusting content in this contract down to this image.

How has the school responded?

"We have always held these Christian beliefs, and we have tried to be fair and transparent to everyone in our community by making them clear in the enrolment contract," Principal, Pastor Brian Mulheran, said in the statement.

"We are seeking to maintain our Christian ethos and to give parents and students the right to make an informed choice about whether they can support and embrace our approach to Christian education."

Mulheran went on to say that "Citipointe does not judge students on their sexuality or gender identity and we would not make a decision about their enrolment in the College simply on that basis".

However, this appears to contradict the enrollment contract that states the school would have "the right to exclude a student from the college who no longer adheres to the college’s doctrinal precepts including those as to biological sex".

Citipointe Christian College told Mamamia in preparation for this article that they stand by Sunday's media release. They provided no further comment.

How has the school community responded?

Since the contact was released on Friday, staff, parents and former students have spoken out against the new amendments.

Helen Clapham Burns, an English teacher and parent at the school, told The Project she "couldn’t agree to be a teacher" in the school and had to move her son to a different high school.

"I am having to blow my son’s world apart because he’s not going to get to do Year 11 and 12 with his mates. I have to find him a new school and that’s what I was doing this morning," she said on Monday after handing in her resignation.

"Saturday and Sunday, the realisation hit me that not only could I not sign that as a parent, I couldn’t agree to be a teacher in a school that had that vocabulary and language around some of the most vulnerable kids that we interact with."

When asked what about the contract upset her, Burns said, "As an educator, my priority is to make sure that each child that I interact with feels safe, but when a child tells us, with tears in their eyes, that they don’t feel safe, what are we doing?"

"And in fact in that documentation it says that both at the beginning of enrolment and during enrolment, if they don’t adhere to this we terminate the enrolment. I can’t work for an organisation that does that to kids," she added.

Last night, we brought you the story of the Queensland school that’s demanding parents sign a contract referring to homosexuality as a sin. Today, Helen Clapham Burns resigned from her job as a teacher, as the school refuses to back down.#TheProjectTV pic.twitter.com/Oxsa9EUSRN

She went on to say she was "heartbroken" to say goodbye to her students on Monday not knowing "if this is the last time I’m going to see them".

"I’m heartbroken. I feel like I’ve let them down. That I’m having to leave. But I have to let those queer kids know that there are Christians out there that love them and aren’t hiding behind Bible verses and are letting them know that they are safe with me."

Fromer student, Bree Leitch, who identifies as bisexual, told the ABC the new contract was a "horrible thing" but "it means that it's something we can fight directly".

"It's something that's there and it exists, and it's black and white. And we're able to say, 'This is not OK'... we have a platform to build off of now," she told the publication.

Recalling her time at the school, Leitch said, "I would always think, 'If I was gay, I would never come out'... that would just be so hard. So scary."

"You just don't know what would happen, whether you'd get kicked out, there was just so much fear there," she added.

What does the contract have to do with the religious discrimination act?

There are concerns we could see similar scenarios play out if the religious discrimination bill passes federal parliament.

The controversial bill ensures discrimination on the grounds of religious belief or activity will be made unlawful in the areas of employment, education and the provision of goods and services.

"If this bill is passed, it will undermine all the work that's been done to create inclusive and safe workplaces and schools," Anna Brown, CEO of Equality Australia, told The Project.

"And situations like this, where religious organisations are lawfully treating students and teachers in ways that most Australians find objectionable, will become more and more prevalent."

Debate on the bill is expected to resume this month.

A
anonymous 6 months ago

Reply
Upvote
1 upvotes
I no longer tolerate the 'innocent' parents, teachers and even adult ex-students of these discriminative institutions, who feign sadness, disdain, shock whenever their organisation becomes the subject of public outrage due to mistreatment of minorities or women, as if they 'never knew' it could happen.
The theoretical body of knowledge that informs these institutions is by nature discriminative and taught from a young age and those who choose to continue participating in it are complicit in the negative consequences. If they really objected to practices that discriminate, they'd choose different schools for their children.
M
mamamia-user-236023277 6 months ago