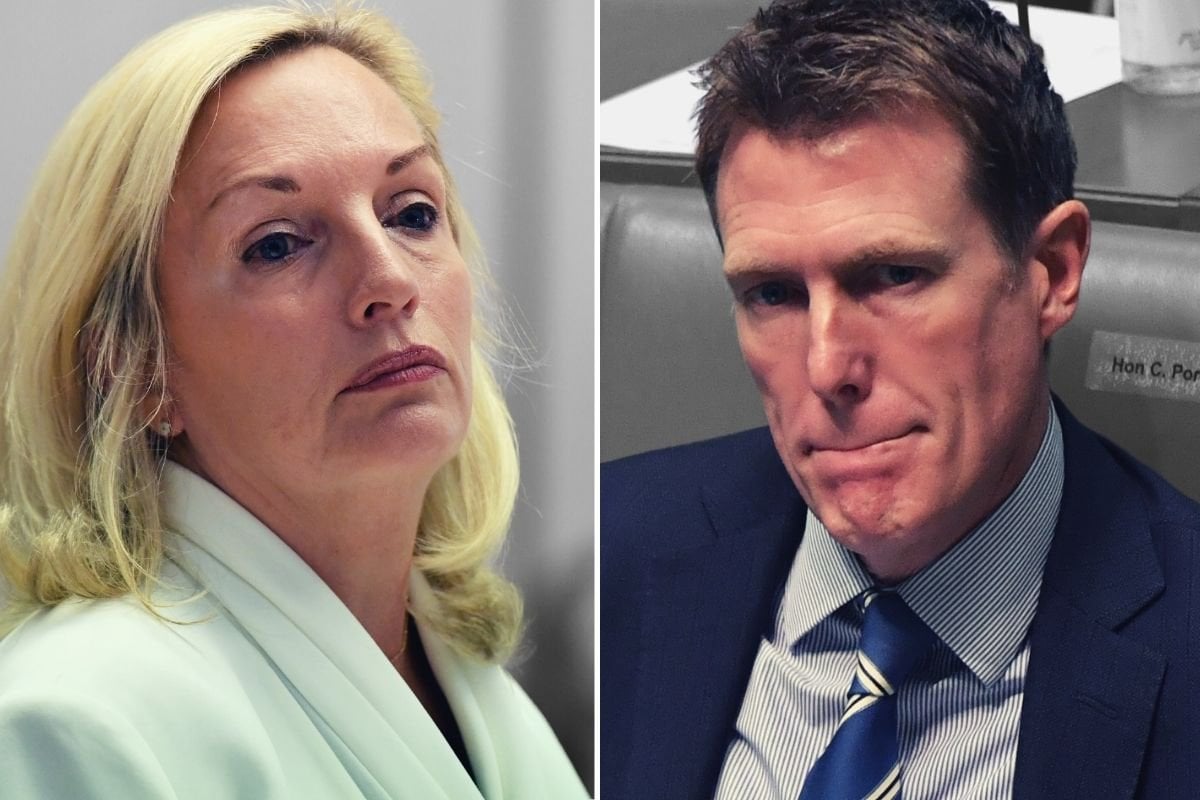 Double standards are a curious thing.

One set of principles applied differently, more rigorously, to one person or persons compared to others.

As women, we're used to double standards. We've experienced them in some way shape or form our entire lives.

We're being bossy, he's a leader.

I could go on.

But I'd like to point you in the direction of a Christine and a Christian. Because right now we're seeing a double standard play out and it's the leader of our country, Scott Morrison, perpetuating it.

You might remember in October last year, former Australia Post Chief Executive Christine Holgate did something "appalling" and "disgraceful" in the eyes of the Prime Minister and was swiftly told to resign.

It was made public that she gave four senior executives a Cartier watch, worth around $20,000 in total, for securing a lucrative banking deal for the organisation back in 2018.

As the watch 'scandal' swept the news cycle, Mr Morrison was Ms Holgate's most vocal critic telling parliament, "She's been instructed to stand aside and if she doesn't wish to do that, Mr Speaker, she can go."

He was upset that "taxpayer organisations" were handing out Cartier watches to "well-paid executives." Ms Holgate rebutted that she actually had authority to award executives bonuses of up to $150,000. An investigation later released in January 2021 found no indication of dishonest or corrupt use of Australia Post funds, and the ABC went on to report that in 2018 - the year of the watches - federal ministers' delegates approved $40m worth of bonuses for Australian Public Service staff.

But alas, the watches didn't pass the "pub test" and amidst the criticism and strong words from the Prime Minister, Ms Holgate resigned on November 2, 2020.

As she told a Senate Committee inquiry in April 2021, she believes she was "bullied" out of her job. She believes her gender "absolutely" played a part.

"He has people in his cabinet, he has members of parliament, who are being accused of the most terrible atrocities to women ... and they’re allowed to stand and still remain in their jobs and represent our country. I was forced to stand down,” she pointed out.

The inquiry itself called on Mr Morrison and the organisation's shareholder ministers to apologise to Ms Holgate for "denying her the legal principles of procedural fairness and natural justice".

He refused. He said he regretted the hurt caused by his "strong language", but stopped at that.

It's at this point I'd like to move on to Christian Porter.

If you cast your mind back to March 2021, you will recall that Australia's then-Attorney General identified himself as the cabinet minister at the centre of a historic rape allegation. 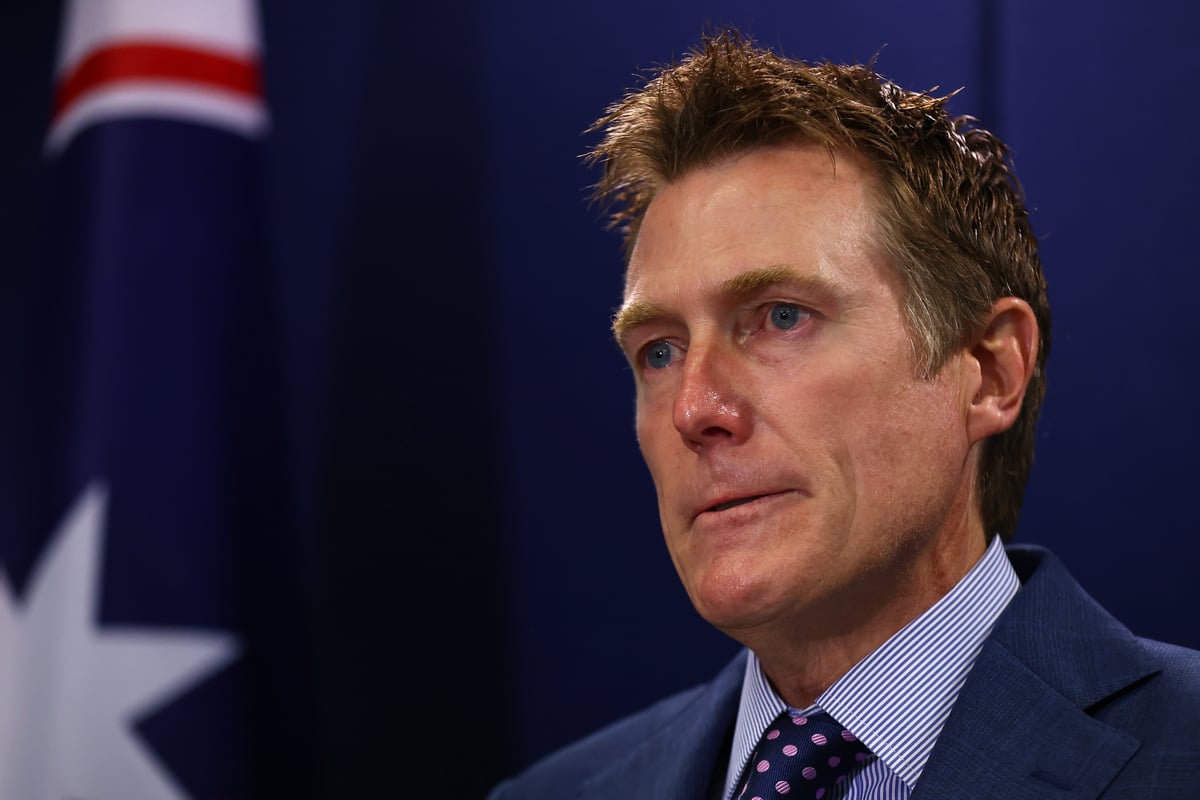 Porter identified himself as the cabinet minister embroiled in the allegation earlier this year. Image: Getty.

A woman, who took her life last year after reporting her complaint to NSW Police, alleged he raped her in 1988 when she was 16. NSW Police went on to close the case citing "insufficient evidence", and that was that in Mr Morrison's eyes as well. He had "no alternative" but to follow the rule of law and subsequently gave Mr Porter his "full backing."

Read: Last night, the details of Christian Porter's rape allegation were made public.

But as the chief law officer of the nation, there were calls for an independent inquiry into the allegations at the very least. This man is, after all, in one of the most powerful positions in this country.

Mr Porter stepped to the side, taking on the Industry portfolio instead, but he was never asked to resign and Mr Morrison dismissed inquiry calls as "mob process."

"That's not how we run the rule of law in Australia," he told the media. "There is not the 'tribe-has-spoken' process."

Mr Porter went on to sue the ABC for defamation for writing about the allegations in the first place. And this week it has been revealed a blind trust from an undisclosed source covered his legal fees.

As criticism started to swirl about the lack of transparency, it was confirmed that Prime Minister Morrison was seeking advice on whether Mr Porter's decision to accept anonymous payments for his legal case breached ministerial standards.

"The Prime Minister is taking this matter seriously and has discussed the matter with the minister today," we were told.

Note the language; it's firm, but not accusatory. Unlike in Ms Holgate's case - Porter is given the benefit of the doubt.

In Former Prime Minister Malcolm Turnbull's eyes, Mr Porter's anonymous donor "flies in the face of every principle of accountability and transparency in public life."

"I am staggered that Porter thought he could get away with it and I will be even more staggered if the Prime Minister allows this to stand. It is a shocking affront to transparency," he told ABC radio on Wednesday.

Just sack him Morrison. It’s clear cut. You don’t need “advice” on such a basic question of right and wrong, unless you’re trying to find an escape route.If a cabinet minister thinks he can get away with this level of deception, he should not be a minister https://t.co/hqpLcEM7JC

You see, in Mr Porter's case, this is a saga about a rape allegation and its subsequent fallout. We don't know if the allegation is true or not. But throughout it all the man at the centre has never been without a job and has always been afforded the Prime Minister's full support.

It's hard not to see the double standard when you consider that the same man demanded the immediate resignation of Ms Holgate over a couple of watches before waiting for the truth to prevail.

It seems the "mob" and "tribe-has-spoken" process applies to some and not others.

Reply
Upvote
2 upvotes
Egregious. The trouble is, they've watched Angus Taylor in action and are led to believe that Porter might get away with something like this, just right out in broad daylight. This issue, however, is the icing on an already galvanisingly unpalatable cake.

Reply
Upvote
1 upvotes
@random dude I see what you did there.
C
cat 4 months ago