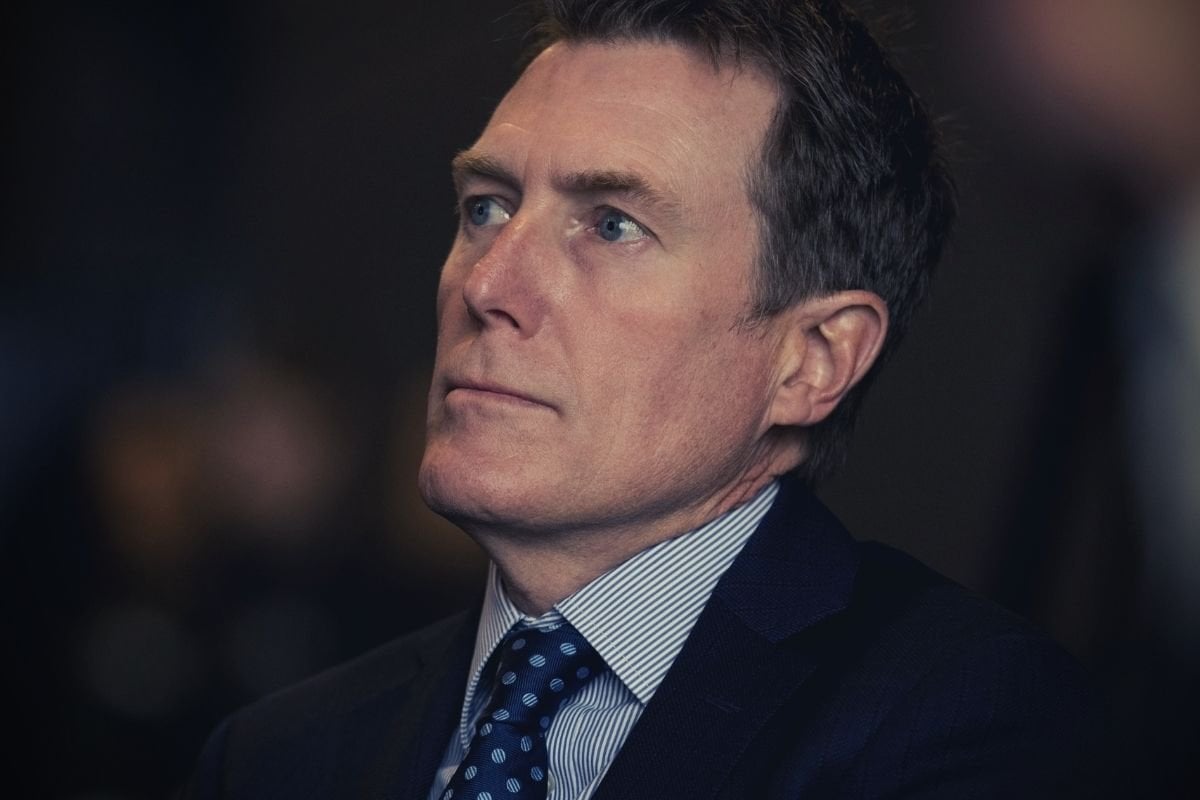 We can all now read the 31-page dossier that landed on the desks of Prime Minister Scott Morrison, Greens Senator Sarah Hanson-Young and Labor Senator Penny Wong in February. Although, Morrison says he didn't read it, arguing it was better to hand it straight to the police.

The Federal Court has decided to make it public for the first time, publishing the entire document online on Thursday evening.

It outlines three alleged instances of sexual assault from 1988, made by a woman known only as Kate, against former Attorney General Christian Porter. He vehemently denies its contents. The document has been released on the one-year anniversary of her death by suicide.

The ABC was the first to report on the contents of that dossier back in February, omitting Porter's name from their reporting. As the story was picked up, he eventually identified himself as the rumour-mill ran rampant. But he sued the broadcaster and journalist Louise Milligan for defamation.

Watch: Porter's March press conference identifying himself as the minister at the centre of the allegations. Post continues after video.

That case has since been discontinued, NSW Police have abandoned the criminal case because of "insufficient admissible evidence," Porter is back at Parliament House after two months of medical leave in the demoted position of Minister for Industry, Innovation and Science, and calls for an independent inquiry into the allegation have so far been ignored.

Before now, we've only known snippets of Kate's story. Today, we know what she alleges happened to her.

Porter - as is critical to remember - denies all of it.

"You should be wearing a bikini, Katie."

Kate says she first met Christian Porter, or 'CP' as she refers to him, at a debating competition in 1986. They became friends and hung out a few times.

The following year, at the same competition, Kate says their friendship grew. She writes that they went windsurfing on their day off and CP remarked about her one-piece, "You should be wearing a bikini, Katie. Shame you don't have the tits for it."

She wrote about feeling shocked about his comment, but she didn't say anything. She didn't know what to say.

Later she recalled CP lying at a party they attended together, telling people they were members of the Australian School Students' Athletics Team. She didn't reveal the lie, writing that she thought it was harmless enough.

In 1988 both Kate and CP were competing at a "Worlds" debating competition.

"During the week-long competition the team attended several official social functions including: a Harbour cruise, a picnic and a Formal Dinner. We also went to dinner at a Thai restaurant in nearby Redfern with our coach. I ordered a salad, which included alfalfa sprouts. 'Look,' said CP when it arrived. 'Katie's eating sperm!'" she wrote.

On the afternoon of the Formal Dinner, Kate says she was ironing a shirt when CP came over from his dorm and sat and watched her.

"He said that I 'would make someone a wonderful wife one day.' Not only was I 'so smart and so pretty' but I could do all the 'good housewife things'."

Kate says he told her he'd need a smart, pretty wife to help his political career because he planned to become prime minister by the age of 50.

The three allegations detailed by Kate.

Kate was 16. She remembers being drunk, but due to the surreal quality of her memories she thinks she might've also been drugged.

She remembers returning to the University of Sydney with CP from a night dancing at the Hard Rock Cafe in Kings Cross, and being walked back to the Women's College.

She says CP asked her for a "pearl necklace" which she agreed to, not entirely understanding what it meant.

When it didn't work, she says CP told her she "couldn't leave him with blue balls" and forced her to perform oral sex on him. She vomited.

She remembers telling him "please don't make me" and "No, I don't want to."

Afterwards she says she was dizzy and frightened, and CP took her to the bathroom, undressed her and bathed her - shaving her legs, brushing her teeth, and shampooing and conditioning her hair.

"I was in tears. He wrote 'Christian Porter was 'ere Jan 88' in the steam on the mirror," she recalled.

Back in her room, Kate says he hopped into bed with her and, "as I was falling asleep in CP's arms, he was whispering to me, as if I were a toddler who had woken up in the middle of a nightmare 'shoosh, shoosh, shoosh, shoosh, Katie, shoosh. Don't cry, go back to sleep, it's all just a bad dream'."

She told no one. She was too shocked and ashamed, and told herself it was okay because, "we were going to get married one day."

Christian Porter has strenuously denied all the allegations and says he is the victim of a "trial by media."

This month, two attempts at an independent inquiry failed.

Kate reported her allegations to police in 2020, and NSW Police set up a strike force to commence an investigation which was delayed because of the COVID pandemic.

During that delay, on June 24, 2020, Kate died by suicide in Adelaide. Her friends and supporters have marked the anniversary on social media with the hashtag #candleforkate.

Labor and the Greens have been calling for an independent investigation ever since police discontinued theirs, and in the past two weeks two more attempts have been shot down.

Jacqui Lambie spearheaded one this week, suggesting the allegation be investigated by Parliament’s finance and public administration references committee because, “You can’t have a minister going around doing his day job while half the building’s questioning if he’s a rapist."

The proposal ended up deadlocked at 26-26 on Wednesday, meaning it was unsuccessful.

The inquiry went down. Lost by one vote. https://t.co/o12WU2EKHD

The government used parliamentary tactics, described as “extraordinary” by some long-term senators, to block the Greens from even introducing the bill, let alone having it debated or voted on.

And I’ll keep reintroducing the Bill over, and over, and over again, until either the government or One Nation realise that the women of Australia deserve better and that all sexual assault allegations must be taken seriously. 8/8 #auspol

In March 2021, Prime Minister Scott Morrison declared Porter an "innocent man under our law" in light of the investigation by NSW Police being abandoned.

He has given Mr Porter his full support and has refused to commission an independent inquiry.