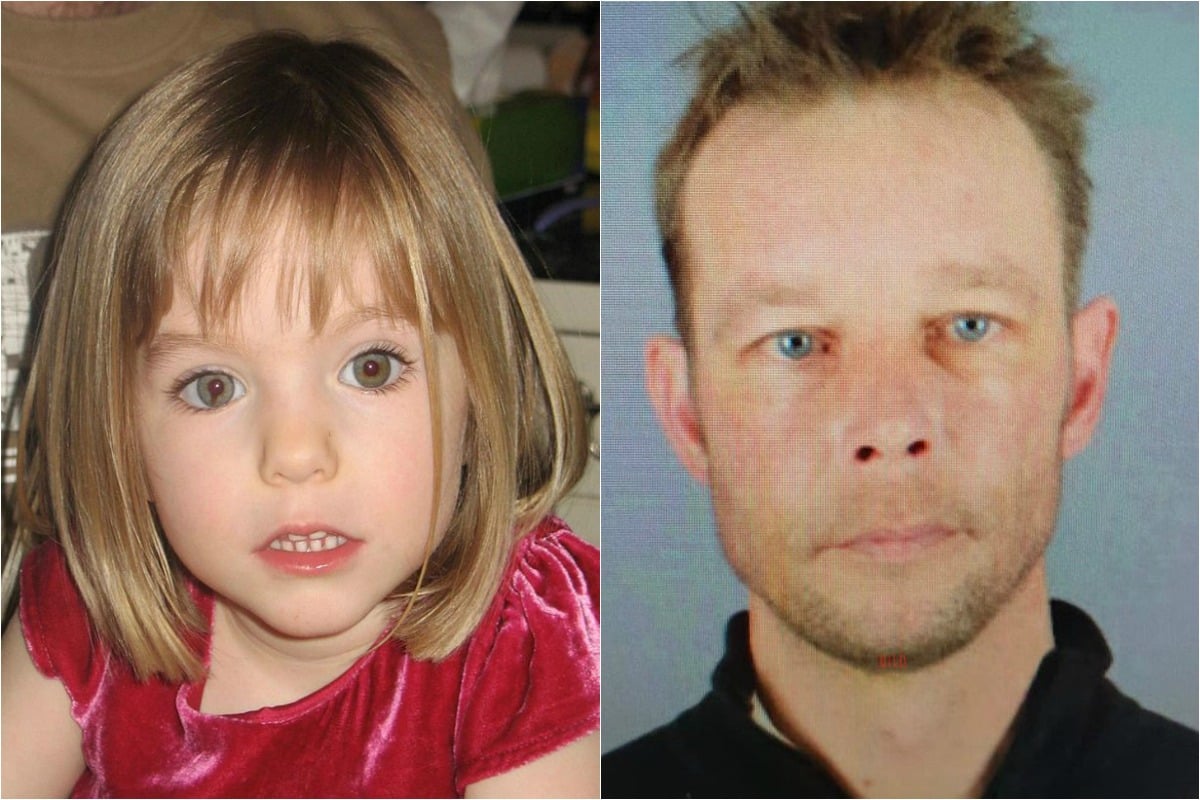 It's been 13 years since three-year-old British toddler Madeleine McCann vanished from her family's holiday apartment in Praia da Luz, Portugal, while her parents dined metres away with friends.

On June 4, 2020, detectives announced a new suspect, and now authorities have confirmed in an interview with 60 Minutes they believe the little girl is dead.

Jailed German paedophile, Christian Brueckner, is currently being investigated by police in three countries as part of a joint operation. He is serving a seven-year prison sentence in Germany for the 2005 rape and torture of a 72-year-old American woman in Portugal.

WATCH: The trailer for the documentary The Disappearance of Madeleine McCann. Post continues after video.

He also has criminal records for the distribution of child pornography, sexual abuse of children, and violations of the Narcotics Act, according to various media reports.

German prosecutor Hans Christian Wolters has told 60 Minutes they realised Madeleine was no longer alive sometime in the last two years, and have strong evidence against their suspect.

"We have strong evidence that Madeleine McCann is dead and that our suspect killed her," he told the broadcaster.

"We don't have the body and no parts of the body, but we have enough evidence to say our suspect killed Madeleine McCann," Wolters added.

German prosecutor Hans Christian Wolters leads the investigation into Christian Brückner. He tells #60Mins reporter Liz Hayes that it was sometime in the last two years when they realised Madeline McCann was dead. pic.twitter.com/xMDEAIpeNh

Wolters wouldn't state exactly what 'strong evidence' he was referring to, but police have found 8000 disturbing videos on hard drives and USBs buried with his dog at a property owned by Brueckner.

At the same property, a huge campervan containing children's swimwear and clothing was also found. 60 Minutes also reported the house in which Brueckner was living at the time of the three-year-old's disappearance, is less than 2km from the McCann villa.

They also found conversations from a paedophile chat room in 2013, in which Brueckner allegedly described his sexual fantasies and desire to "catch something small and use it for days".

Police have linked Brueckner, who would have been 30 in 2007 when Maddie disappeared, to a white and yellow VW T3 Westfalia campervan and a 1993 Jaguar XJR6 with a German number plate, both of which have been placed on the Algarve coast at the time the little girl vanished. 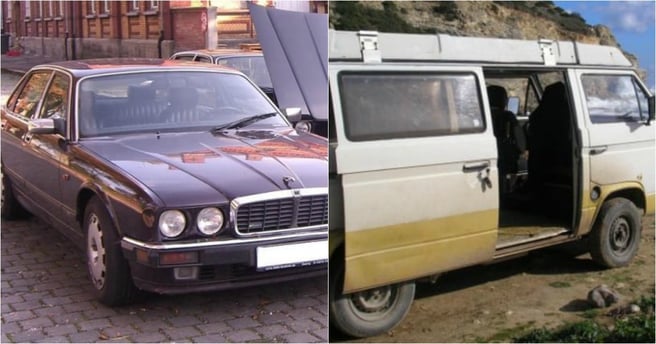 Police are appealing for information on these two vehicles seen in Praia da Luz around the time Maddie vanished. Image: Metropolitan Police.

The day after Madeleine went missing, Brueckner got the Jaguar re-registered under someone else's name.

Police also said they are investigating a phone call made to the man's Portuguese phone number around an hour before the toddler is believed to have gone missing. Wolters told 60 Minutes, a phone number linked to Brueckner was used in the immediate area of Madeleine's hotel room and: "was connecting in the mast, belonging to the Ocean Club in Praia Da Luz".

Detectives say they were tipped off about the German national, already known to detectives, following a 2017 appeal for information about Madeleine's disappearance.

Christian Brueckner first came to detectives' attention in 2008, and again in 2011 and 2013, but was subsequently eliminated from investigations. 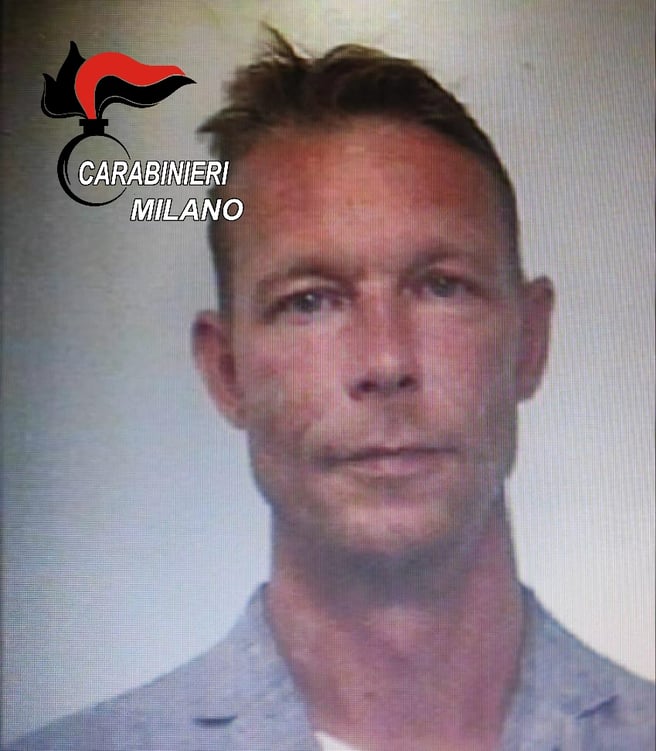 The image was taken in 2018 in Milan where Brueckner was arrested and extradited to Germany for the rape he is currently imprisoned for. Image: Carabinieri Milano via Getty.

Mark Williams-Thomas, a British journalist and former police officer who has investigated the McCann case, told 7News: "Fast forward to 2017, and we have then seen significant development, which was when Christian B was in a bar in Germany when he saw an appeal on the 10th anniversary of Madeleine’s disappearance.

“During that conversation with a friend in the bar, he is alleged to have told that individual that he was involved in the disappearance of Madeleine McCann."

Suspect identified as 43yo German man. We reveal 2 vehicles suspect is known to have used around the time of Madeleine’s disappearance & phone numbers relevant to investigation.

Since police released the above appeal, more and more links to the McCann case have emerged, with an ex-girlfriend telling The Sun, Brueckner told her he had a "horrible job to do" the day before Madeleine disappeared.

"I have a job to do in Praia da Luz tomorrow. It’s a horrible job but it’s something I have to do and it will change my life. You won’t be seeing me for a while," he allegedly said.

Brueckner also disappeared at the same time as Madeleine, resurfacing three years later working in a bar in Lagos, a 15-minute drive from Praia da Luz.

It was there that another ex-girlfriend says she told him that he looked eerily similar to some of the composite photos of the suspect in the British girl's case.

"Just don’t go there," he reportedly told her.

Both women have given evidence to police, and The Sun reports they live in fear of Brueckner.

“They’re terrified he might get out one day and come for them," a friend told the publication.

It wasn't until German authorities identified the suspect as "Christian B" earlier this month that the women realised they knew him and pieced together their prior conversations with him. One admits to feeling "guilty" for not realising earlier. 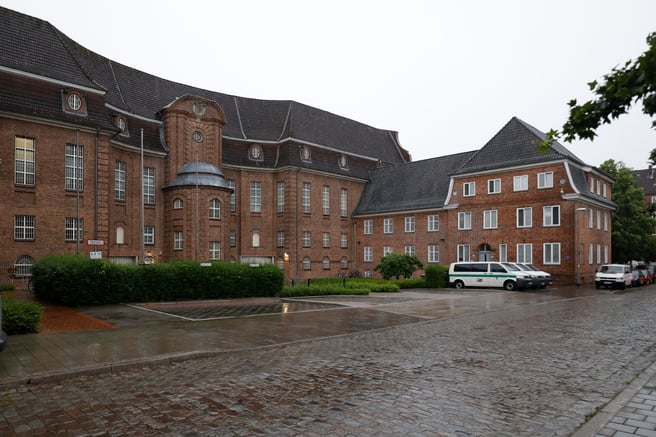 Christian Brueckner, has become the main suspect in the disappearance of Madeleine McCann. He is currently in JVA Kiel prison in northern Germany. Image: Morris MacMatzen/Getty.

Both women say that Brueckner was violent and would beat them up. Claims of domestic abuse have been repeated by the sister of another of Brueckner's former girlfriends, who he dated for 18 months in 2014.

"'He hit my sister. It was horrible for her," Azra Miftari told the MailOnline, adding that her sister was 17 at the time, 20 years his junior.

She added that their whole family now live in fear of being associated with Brueckner.

Spanish publication The Olive Press has tracked another house that Brueckner reportedly stayed in at times during 2007 and 2008, around 50 minutes drive from where the McCann family were staying.

"He came and went and was a really scary guy, people were scared of him in the village," a local in the town of Foral told the website.

"Some people said they saw him carrying a gun," she added.

German witnesses have also told German newspaper Bild Brueckner worked at a local kiosk store in Braunschweig between 2012 and 2014.

"Once he totally lost it when we sat together with friends and had a conversation about the Maddie case," a former employee revealed.

"He wanted us to stop talking about it. He shouted: 'The child is dead now and that’s it'," she said.

While investigations continue, Brueckner has been moved to solitary confinement to prevent attacks from other prisoners.

Portuguese newspaper Correio de Manhã has also reported recently that an employee at the Ocean Club in Praia da Luz, where Maddie disappeared, told a man the three-year-old's parents would be out for dinner and their apartment would be easy to break into.

The publication adds that the suspect’s phone number was in the employee's mobile contacts.

Christian Brueckner has not been charged over Madeleine's disappearance as of yet, and investigations continue, with an AUD $36,000 reward for information leading to the conviction of the person responsible for her disappearance still in place.

Wolters told 60 Minutes he believes there are more victims out there, and they have reopened the case of missing German girl Inga Gehricke, who disappeared in 2015 and has often been referred to as the "German Madeleine McCann".

Reply
Upvote
This animal had a history of child abuse and distributing child pornography.... why was he walking the street :( in my mind there is no forgiveness for these people, why do they get a chance to reoffend :(
S
suz 2 years ago