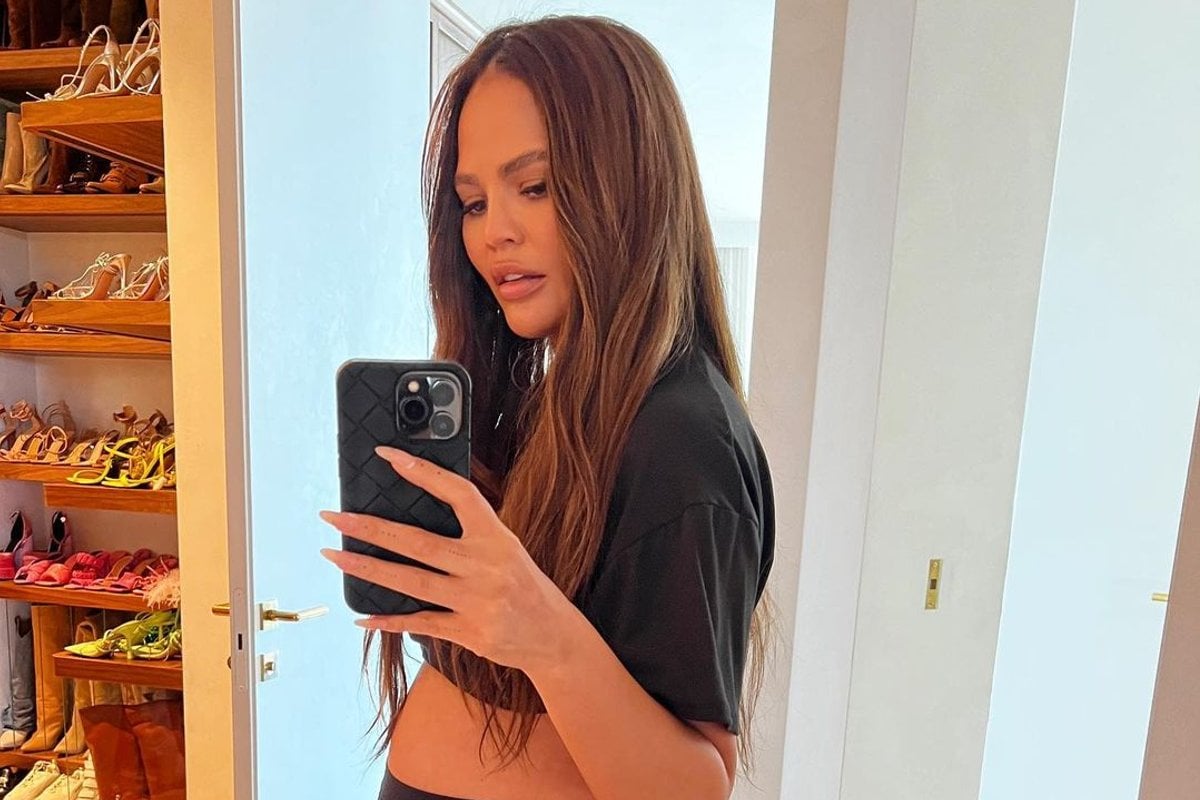 Chrissy Teigen and John Legend are expecting another baby.

Teigen posted her pregnancy news on Instagram, alongside photos of her growing bump.

"The last few years have been a blur of emotions to say the least, but joy has filled our home and hearts again," she wrote.

"[One] billion shots later (in the leg lately, as u can see!) we have another on the way. Every appointment I've said to myself, 'ok if it's healthy today I'll announce' but then I breathe a sigh of relief to hear a heartbeat and decide I'm just too nervous still.

"I don't think I'll ever walk out of an appointment with more excitement than nerves but so far, everything is perfect and beautiful and I'm feeling hopeful and amazing."

Legend reposted her photos, captioning it with five hearts.

Teigen has frequently shared her journey with IVF over the past few months, after mourning the loss of their third child, Jack, who passed away in utero at 20 weeks in 2020.

She wrote in an Instagram post at the time that they were "shocked and in the kind of deep pain you only hear about, the kind of pain we've never felt before."

About 18 months later, in February 2022, Teigen said she and Legend were hoping to add to their family again.

On her Instagram Story, the 36-year-old uploaded a photo of various needles and vials, alongside an animated image of an egg and a frustrated uterus.

"Here we go again," she captioned it.

The following day, Teigen confirmed she is going through another round of IVF.

"I wanted to let you guys know I'm balls deep in another IVF cycle to save as many eggos as I possibly can and hopefully make some strong, healthy embryos," she wrote.

"I honestly don't mind the shots... they make me feel like a doctor/chemist... but the bloating is a b*tch." 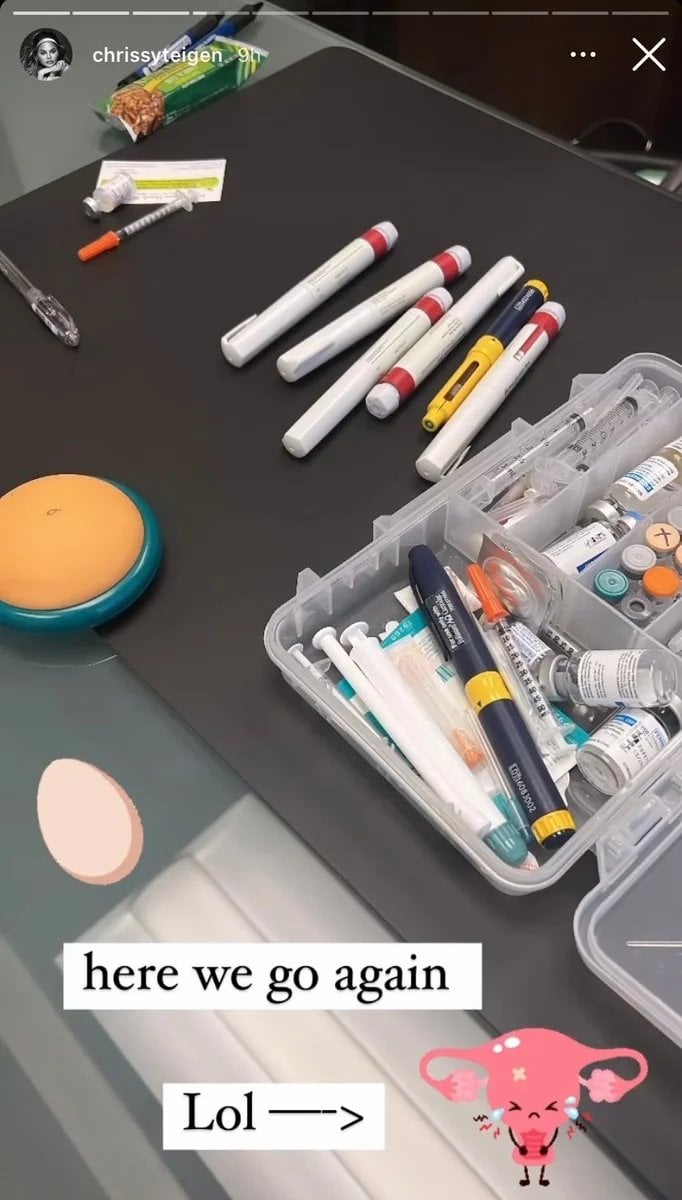 Teigen also asked her followers to stop asking if she was pregnant, because while it was said with good intentions, "It just kind of sucks to hear because I am the opposite of pregnant!"

In a March 2022 interview with People, Legend said the couple's two children - Luna, six, and Miles, four - were aware their family was "trying" for another baby.

"They know we are trying, and they are excited," he explained before going on to say the journey of fertility "is not easy".

"There are a lot of women and families that have fertility struggles, and I think no one should feel ashamed of needing some help sometimes," he said.

"And I think Chrissy's done a good job of de-stigmatising some of these things that so many people go through in silence.

"Whether it's IVF, or other fertility struggles, whether it's losing a pregnancy, I think both of us have felt like it's good for us to share this with other people because other people are going through it too, we don't think they should suffer in silence without knowing there are other people out there who are feeling the same thing."