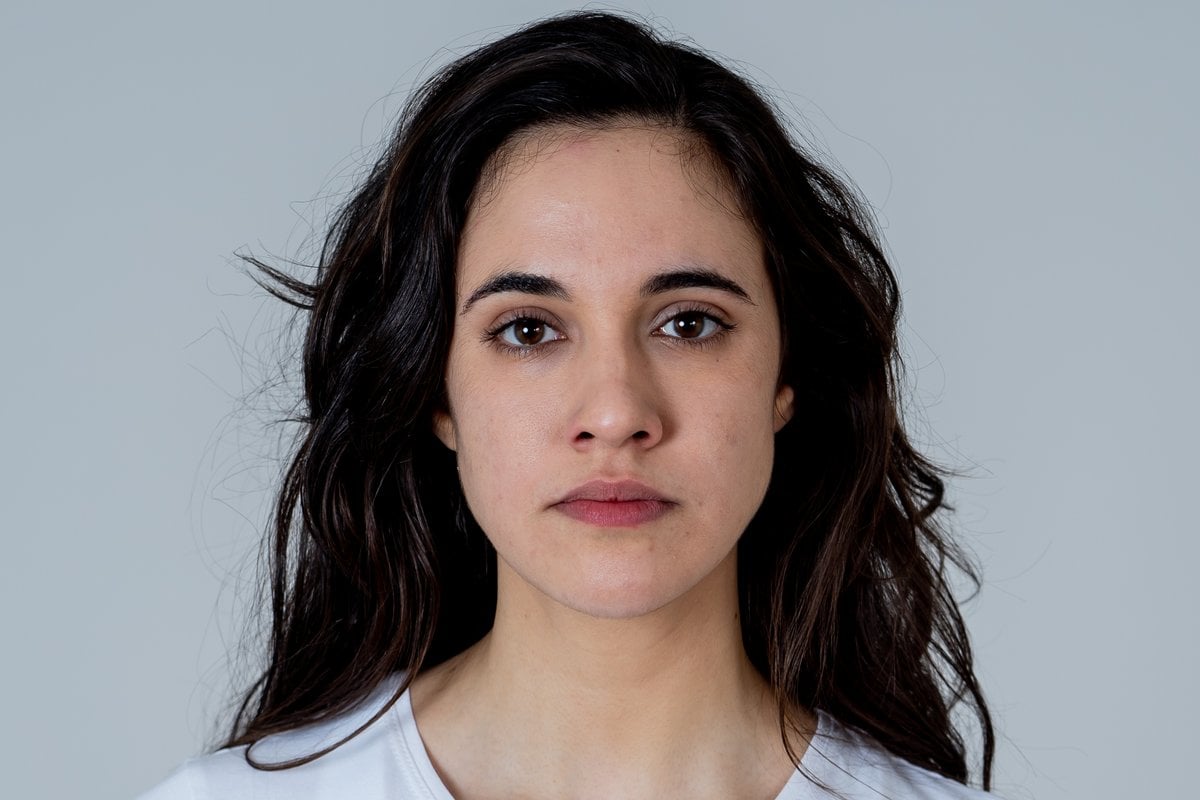 It was my birthday.

And that year, my birthday coincided with a workday.

I walked towards our office, excited to see what my colleagues had planned for me. For each of our birthdays, we had a tradition to decorate the birthday person’s desk with cute pictures, photos and funny quotes that would make them laugh.

Or at least that’s what I had thought.

For Beth, we decorated her desk with pictures from her favourite TV show. For Jenny, it was photos of her ginger cat. For Cate, candid pics of her and her partner from her Facebook profile as an ode to her superhuman, terrifyingly stealth Facebook stalking skills.

Watch Imbram X. Kendi, author of How To Be An Antiracist, explains why saying "I'm not racist" isn't enough. Post continues after video.

Maybe they would stick up photos of my adorable toy poodle (not biased at all). Or happy snaps of my husband and I.

I walked in and was immediately assaulted by a large sign that read “Mama Amanda’s BBQ” stamped on top of my computer screen. On either side of the screen were pictures of large barbecue grills covered in onions and meat, stink lines emerging from them.

Why is this problematic, I hear you ask? Because I was being dubbed a cultural caricature of myself. Nothing more than the token ethnic friend who brings ‘weird, stinky food’ to the office.

I felt like Nick Giannopoulos in The Wog Boy, bringing his lunch to school as a child while the other kids taunted “wog boy!” over and over. To say I was mortified was an understatement. The girls knew instantly as it was plastered all over my face. Beth still insisted I keep the pictures up until morning tea, and we worked through the day as if nothing had happened.

I didn’t address it at the time. Maybe I should have. All I know is that I had never felt so 'othered' in my entire life.

It was in that moment that I realised I didn’t actually belong anywhere.

Too ‘ethnic’ for my Caucasian friends with my dark hair, dark eyes and olive complexion. Too ‘alternative’ for my friends from Non-English Speaking Backgrounds (NESB) with my left-leaning world views.

I was caught between two worlds, feeling as though I wasn't fully accepted in either.

Did I have it easier than my migrant parents who suffered blatant and overt acts of racism in their everyday lives when they immigrated to Australia in the early 1970s? Sure. But I found myself envious of the unbreakable connection to their birthplace where everyone seemed to share the same cultural background and life experiences.

I remind myself how lucky I am to live in a time when parodies like Sooshi Mango and The Family Law exist and so aptly depict the relatable absurdities of living in between two cultures.

But still, I find myself ruminating over the time my friends in primary school stopped inviting me to parties because my strict migrant parents would never let me attend. Or trying a hairstyle in Dolly magazine as a teen, which was clearly designed for girls with “white-girl hair” (as my hairdresser calls it) and looking like I had stuck my finger in a power point.

The racism, whether personal or systemic, that I have experienced has been deceptively subtle, but it’s there. And it’s amplified in the absence of friends who can relate to the very specific misery of never quite belonging. It’s in the careful questions such as, “What’s your real name?”

It’s in the assumptions that all women from European and Mediterranean backgrounds love nothing more than feeding their family and friends (many do and it’s a beautiful thing, but it can be a limiting assumption nonetheless).

Listen to The Quicky's episode on casual racism. Post continues after podcast.

And it’s definitely in the snide remarks made by “friends” about the cultural cuisine you bring to the office.

It is far too easy to be gaslighted when you address these moments of racism, so we stay quiet and we let them pass.

So, where does one go from here? For me, finding my tribe has been immeasurably valuable in validating and voicing these experiences.

Secondly, watching shows like Sooshi Mango and The Family Law have been surprisingly important (and entertaining!) in depicting to the masses the conflicting worlds that children of migrant parents often find themselves in.

Thirdly, it’s taken a long time, but I’ve learned that living in between two cultures means I can have my cake (and baklava) and eat it too. It’s becoming easier to embrace my unique cultural ethnicity in an increasingly accepting world.

But, if someone tries to reduce you to a cultural caricature of yourself, I invite you to bring your stinkiest ethnic meal to the office the next day.

Or just tell them to eff right off and enjoy your meal.

*Names in this story were changed to protect privacy.

Reply
Upvote
There are more people with downs syndrome lately, who are actors in films, series, stage productions, catalogues etc. There is a really great stage company whose members all identify with some kind of disability or other. Here is a link to read more about them. https://www.theguardian.com/stage/2022/mar/21/geelong-ensemble-win-one-of-the-worlds-richest-theatre-prizes
Your brother sounds like a wonderful person, and he looks quite handsome too. I hope he gets back some confidence.
<
<deleted> 2 months ago