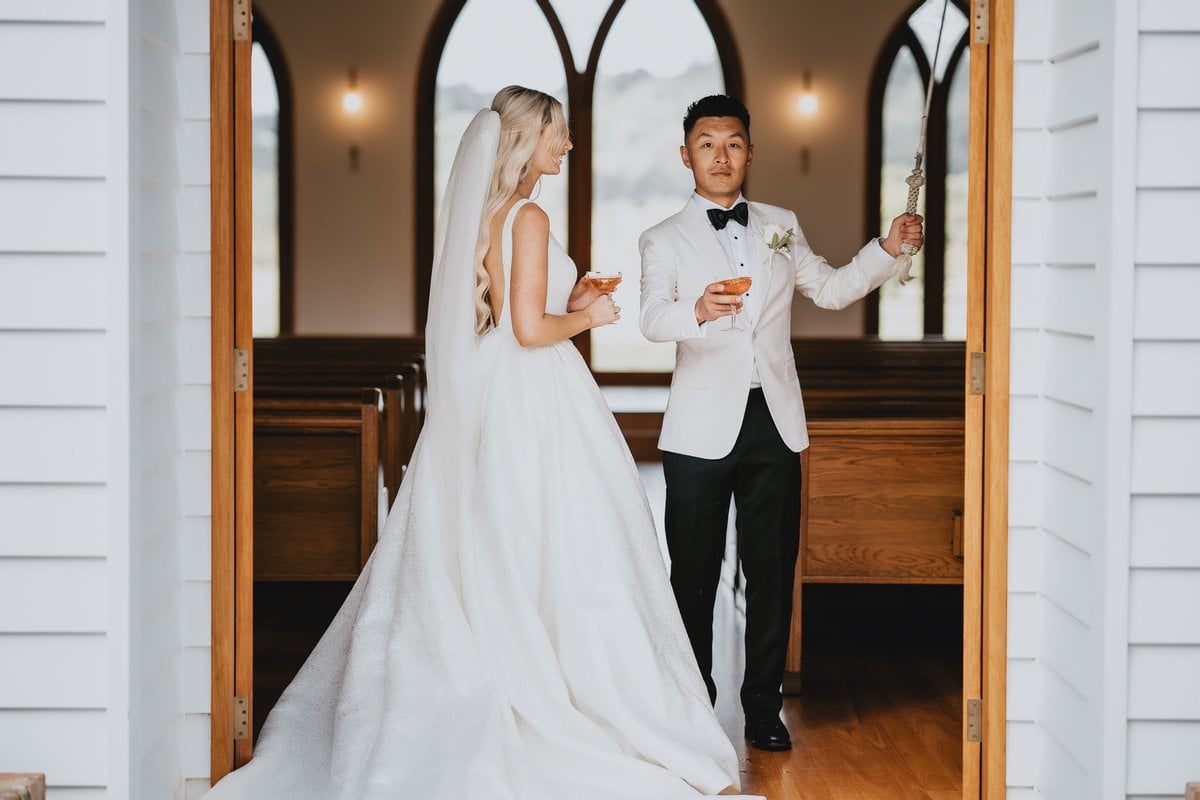 My husband is a wonderful man who will chat to, help and befriend literally anyone.

Any person of any race, age, sex or religion. Unfortunately, I can’t say the same for the reverse. Not everyone will befriend him, help him out, or sometimes, even speak to him.

In fact, he is so lovely, that he will endure casual racism from people who are supposed to care about him, as he doesn’t want to make anyone feel bad by asking them to stop.

Although I have always struggled through uncomfortable interactions with some of his ‘friends’ who base entire conversations, stories and jokes on his country of origin and ethnicity, it has only become unequivocally apparent to me during COVID times that there are people out there who genuinely do not engage with people of Asian descent, solely because of their generalised beliefs toward the Asian community.

We know not everyone is going to like you.

We both believe that, if you are someone who is well-liked by everyone, that you are probably expending far too much energy people-pleasing.

My most authentic self is someone who treats everyone fairly, defends myself and others when needed, and does not twist and conform to make myself more palatable to the world.

This is what he loves about me, and me, about him.

To the people at events who question me repeatedly… but what is his real name? Not his name, his Asian name?

To the wives who ask me… but surely his mum wanted him to marry an Asian girl? Do you make dumplings and ramen all the time?

To the woman in our apartment building who won’t allow him to get in the lift with her, even when he is standing in his scrubs clearly just trying to get to his work as a dentist, because she believes only Asian people are spreading COVID… Just, stop.

Stop doing and saying what you already know is toxic.

As sponsors and close supporters of the AFL, we have a great respect for Indigenous people and have been exposed to their rich and fascinating culture throughout our journey with the league.

But my goodness, have we seen some disturbing occurrences of racism towards Indigenous players and their community.

The league does take it very seriously and continues to better their policies each year surrounding how they deal with this.

While this racism from the crowd towards players has been highly publicised, I didn’t realise that we would experience it directed toward us.

Last year, walking through the stadium car park to our car after a great win for our home team, I saw a group of male 20-somethings walking toward us. I had already noticed them earlier during half time causing an obnoxious scene.

My husband’s number plate is our, clearly Asian, last name.

“Ching chong!” they immediately began shouting, after reading it.

More slurs followed, just noises, actions, and outdated phrases, that to an educated mind could never be funny or entertaining.

Quite literally a group of adult men laughing at the pain and suffering that a race has endured for centuries now.

I reached the door, staring at the handle, not wanting to respond.

I looked over as they had passed us now, but they were staring back, waiting. They could see us the entire time - it didn’t deter them in the slightest hat there was an Asian person nearby to hear them.

“Disgusting,” I heard myself say.

“What?” the leader eventually said, after the group had gone silent.

Something important to note is that I find most people like this are betting on (and hoping) that you won’t say anything to their behaviour.

It’s so easy to say something shocking - it’s significantly harder to defend your shameful actions when you’ve been called out.

“You, all of you, gross. Grown men talking like that. Disgusting!”

I was calm, but quickly shut the door.

It was an imperfect response, but I needed to say something. Anything. I needed to let them know that their words alone would elicit an accusation from me - they were ugly words that required an ugly reaction.

My thoughts while I was sitting there… I can’t believe I just said that.

Then I reassured myself, no, that was correct.

Not as eloquent as it could’ve been, but, with my heart pumping, that was all I could muster to get the point across that the poisonous language they so casually threw out was not welcome!

This kicked it all off for me. I had said something back and needed to continue to do so.

My husband has never had anyone consider what it must be like for him to endure this, let alone someone who was now calling people out on it.

Years ago, when I first raised it, and asked why he let his mates talk about him in the third person like some kind of Chinese caricature, he told me that it was all a lost cause.

He felt that if he said it wasn’t funny to him, that they would just do it more. “But what kind of friends would do that?” I asked. 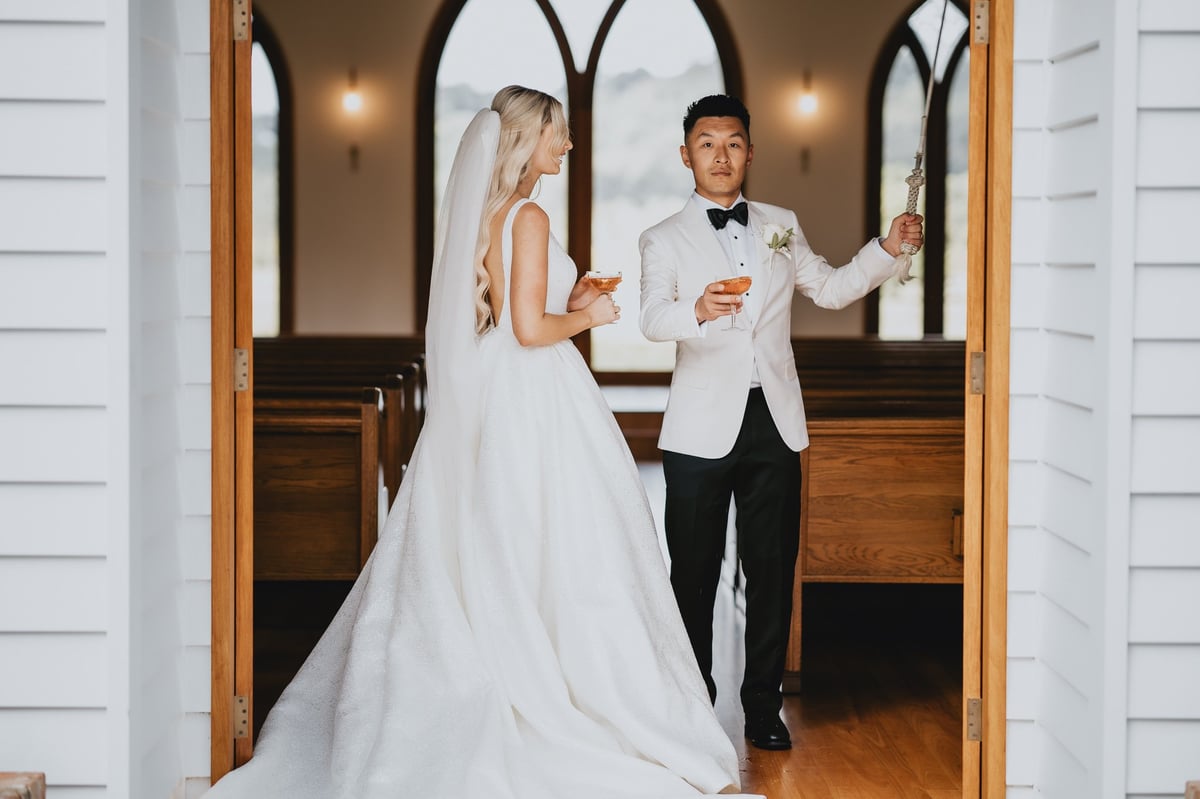 “Good morning, how are you?” he says, while selecting our floor, to the woman pressing her face mask into her face with both hands, who turns to face the back wall of the lift.

The next week, from within a lift of white, unmasked people.

“You wait for the next one!” she points at him, a safe distance away from whatever she thinks he is carrying.

Another week later, when she is running late, and hesitantly gets into the lift with him. She sighs, eye rolls, holds her breath, and exits on her floor with the speed of a bullet leaving a gun.

It’s another week later when we are coming home from walking our dog, and she begins having a meltdown when we attempt to enter as she tries to close the lift doors on us. But I’ve seen and heard enough.

A perfectly imperfect response, but I’m glad I said something.

He gives me a kiss on the cheek.

When I pointed out that our children will also be Chinese, everything changed for him.

I asked did he really want friends, colleagues, regular acquaintances, to make these jokes-that-aren’t-really-jokes in front of them? Or do they know it is inherently wrong, and does he trust them to automatically stop when our child’s innocent ears are listening? What happens when we are walking our kids back to the car after the AFL?

His perspective immediately changed, and he realised that by starting to set boundaries for himself, something he doesn’t feel comfortable doing very often, he is making the necessary changes to our life so we can prepare to be parents to beautiful mixed-race children.

I am generally the voice in these scenarios, which are becoming less frequent amongst our circles.

He is so grateful that I speak when he can’t find the words himself, but we don’t dwell on it.

The main takeaway is that something was said, as he knows that I cannot deconstruct and overhaul everyone’s perceptions over cocktails.

Don’t get me wrong, I love a good banter and take it and give it when appropriate.

But joking about or criticising the narrative of Asian people is always going to be a low blow.

It is based on hurtful depictions of the culture that perpetuate a negative stereotype, which some people incorrectly use to gauge how much respect and human decency they need to give to a person.

It encourages negative assumptions about the ethnicity that cause an effect on both a macro and micro level to the real experiences of individuals with Asian heritage living in Australia.

Reply
Upvote
I am in the same situation, as are many of your commenters it seems - maybe we should start a club. My husband is from the south of China and I am caucasian. We face the same racism on a weekly basis. We refuse to buy things in the shops now if the sales person ignores him and only talks to me. I recently found out that even one of his bosses at work makes inappropriate comments to him. I encouraged him to go to HR about it, but he's scared of losing his job if he is a 'troublemaker'. Its sickening that this everyday casual racism is seen as okay in our society.
T
tash 4 months ago

Reply
Upvote
What a great article.  I really enjoyed reading about your experience and your journey to finding a voice for you and your husband.  I love how he began to see that he needed to set stronger boundaries around accepting behaviour from others and that his realisation came from "if not for myself than for my children".   It's heartbreaking that people can act and speak so harmfully to others.  I can never understand how there are some people that do not really care or realise the damage that they afflict on someone.  I wish it didn't have to be this way.  Sending you and your husband love!
News
General
Opinion
True Crime
Politics
Sport
Explainer
Entertainment
Celebrity
Reality TV
Movies
TV
Books
Rogue
Royal
Lifestyle
Beauty
Fashion
Weddings
Home
Wellness
Health
Fitness
Travel
Food
Parents
Before The Bump
Pregnancy
Baby
Kids
Teens
School
Parent Opinion
Work & Money
Money
Finance
Career
Lady Startup
Relationships
Sex
Dating
Separation
Friendship
Family
Real Life
Couples