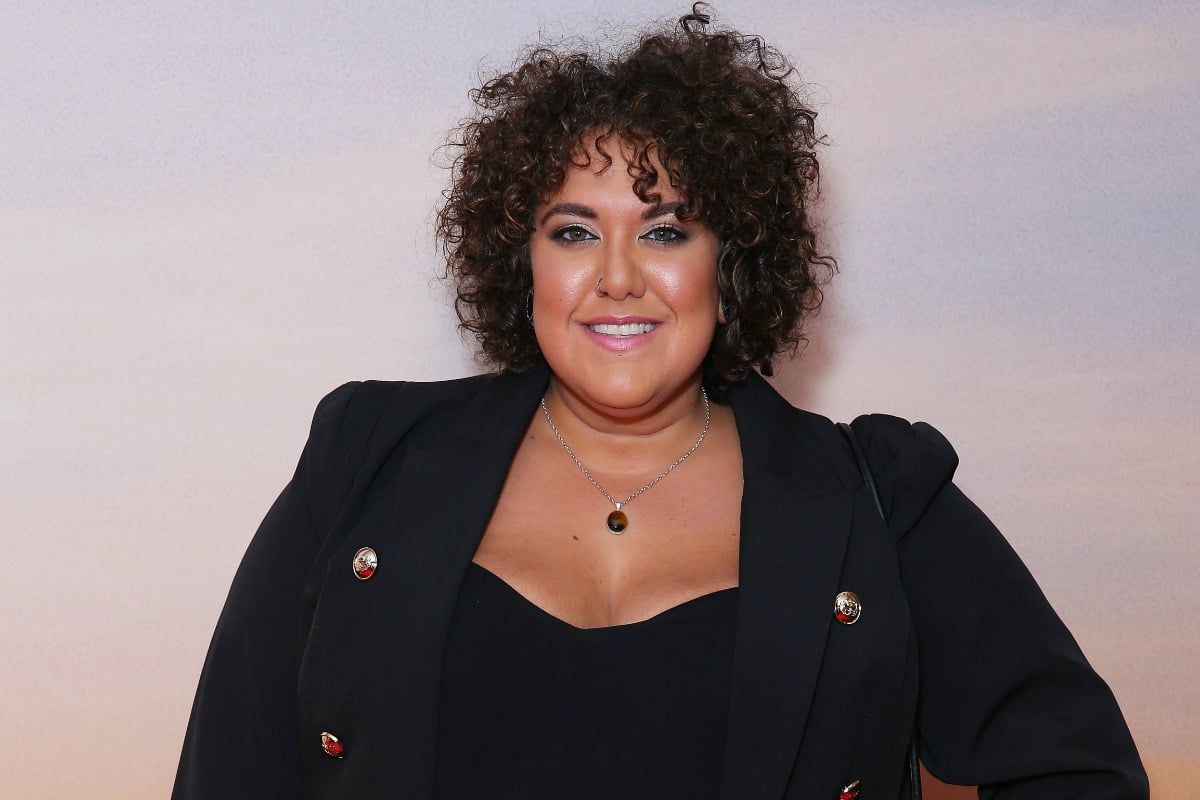 In 2004, Casey Donovan received a phone call from a man called Campbell.

After explaining that he had received her phone number from a friend of a friend, Campbell and Casey struck up a friendship that soon transitioned into a full-blown relationship.

For six years, Casey was madly in love with Campbell.

But unbeknownst to her family, the former Australian Idol winner had never met the man who would become her fiancé.

Casey Donovan opened up to her fellow I’m A Celebrity contestantS about being the victim of catfishing. Post continues after video.

Every time they organised to meet, Campbell made up an outlandish excuse and a woman named Olga turned up in his place.

But six years into her relationship, the now-31-year-old learned that Campbell was Olga.

Now, after opening up about her cruel catfishing experience in her book, Big, Beautiful & Sexier, Casey Donovan will host the Australian version of MTV series Catfish.

In the series, which will premiere as a part of Channel 10’s second annual Pilot Week, the singer-songwriter will join documentary maker Patrick Abboud to help Australians to investigate whether they are being catfished in their online relationships.

If the series is successful, a full season will be ordered for Channel 10 in 2020.

Back in May, Casey Donovan spoke to Andrew Denton about the darkness she felt after her own catfishing experience.

While dating Campbell, he instructed her to have sex with Olga, with whom she had developed a close friendship with.

Although she was angry at first, she eventually relented.

It was Olga who Casey – who identifies as straight – had her first sexual experience with, at Campbell’s request.

Speaking to Andrew Denton, Casey admitted that she felt isolated from her family and friends once she learned that Campbell was actually Olga.

“You know, it really stuffed with my head. There were so many things happening, I didn’t know which way was up. I was grabbing at anything,” she told him.

“I stupidly didn’t tell anyone that I’d never met this guy, Olga was the only one that knew the truth,” she added.

She also admitted that while those around her had expressed their concerns about Campbell and Olga over the six years, it didn’t click until she felt it herself. In the meantime, she’d grown more and more distant from her loved ones.

“No matter whether it be my mother or family member saying ‘This isn’t right’… I didn’t want to hear it… I couldn’t see it for myself. It took me six years to realise," she said.

After a while though, things didn’t add up. Whenever Campbell didn’t answer the phone, Olga was there, and she had started to pick up on similarities between Campbell and Olga’s voices.

Eventually, Olga was caught out with the help of Casey's former manager Jason, but things soon went from bad to worse for the singer-songwriter.

Following the deep deceit, she developed a sex addiction as a coping mechanism, and admits she “wanted to die”.

“The night I found out this was all a lie, I sat on the edge of my parent's bed at around 3am in the morning and they thought someone had died," she shared.

“It got to that point where I was like ‘what the fuck have I done to my life’."

Someone please tell me that ‘Part Time Privates’ is about people in the Army Reserve.