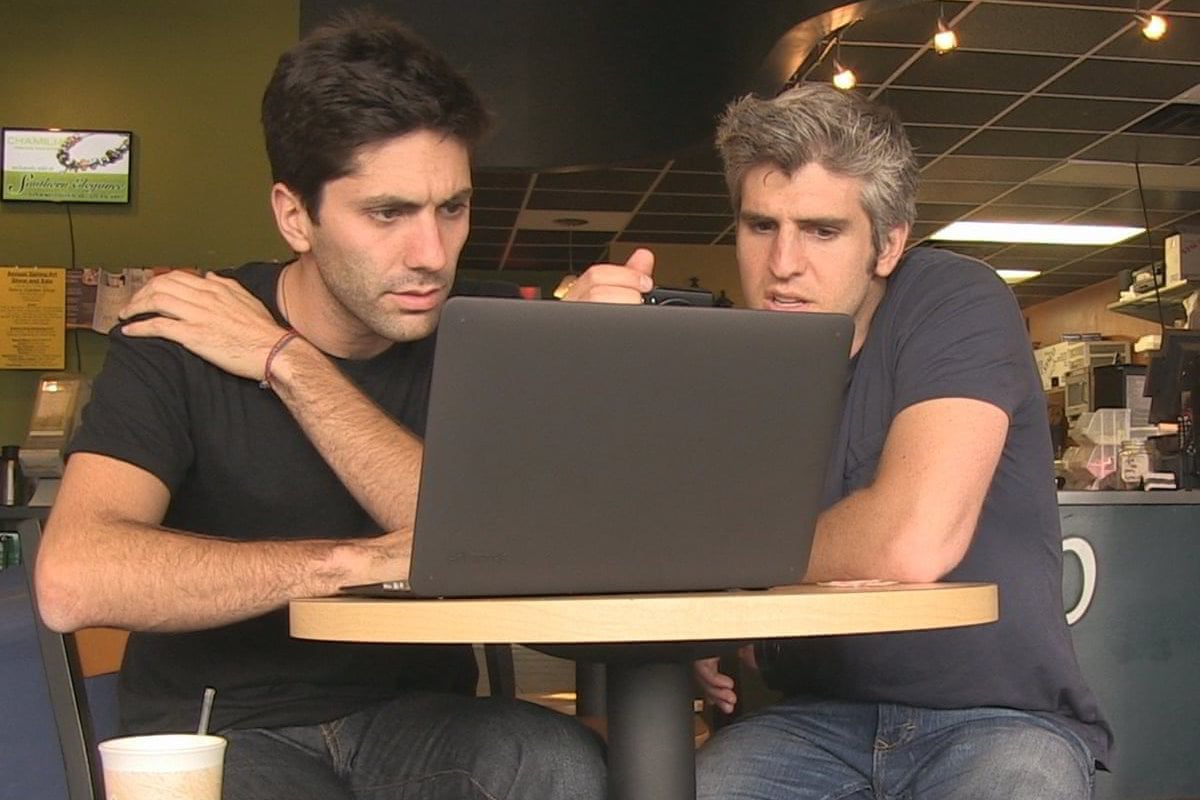 Since 2012, Nev Schulman and Max Joseph have been helping people who have fallen in love online test the authenticity of their relationships.

Appearing on Catfish: The TV Show, which is available to watch on Stan, the pair travelled around the United States, investigating online relationships and exposing those who had lied about their real identity online.

But long before the reality show began, Nev Schulman had his own experience with a catfish.

It started innocently enough. In 2007, Nev was contacted by an eight-year-old girl named Abby on MySpace.

Watch the trailer for the first season of Catfish: The TV Show below. Post continues after video.

After seeing a photograph of Nev in a newspaper, the young girl from Michigan created a watercolour version of his photo.

Before long, the pair were regularly chatting online and Nev became Facebook friends with Abby’s entire family – including her mother Angela and her 19-year-old half-sister Megan.

But while Abby continued to send Nev paintings, he began to fall fast and hard for her older sister, Megan.

"I was opening up to Megan in ways that I had not with actual girlfriends that I had had."

For seven months, Megan and Nev talked on the phone and exchanged text messages. Megan would even write original songs for Nev, posting them publicly on her Facebook page.

But when Nev finally got an opportunity to meet with Megan in Michigan, it all came undone.

For the lengthy trip, Nev was joined by his friend Henry Joost and his brother Ariel Schulman. They planned to film the couple's happy ending. But in the end, they filmed something very different.

While chatting ahead of their first meeting, Megan asked Nev if he'd like to request a song for her to sing.

After a quick YouTube search, however, Nev and Henry discovered that Megan's rendition wasn't hers at all.

Likewise, the lyrics behind Megan's 'original songs' belonged to another artist.

"When we found 'Tennessee Stud' [on YouTube], which she had just sent us half an hour earlier, that's when we realised everything was fake," Henry told 20/20.

Determined to find out who was the real person behind 'Megan' was, Nev and his friends continued on their journey and travelled 1,300 miles to her house in Michigan.

When they arrived at the house, Abby's mother Angela answered the door. After telling Nev that she had uterine cancer, she attempted to call Megan a number of times to no success.

The next day, Megan texted Nev to tell him that she has checked into rehab for alcoholism. But he wasn't convinced.

When he returned to Angela's house, Angela finally admitted that the photos of Megan were not real. While Angela maintained that Megan really was real and in rehab, it was Angela who had been posing as the 19-year-old by using an alternate Facebook account.

For months on end, Angela had been constructing a web of lies using up to 15 different Facebook accounts.

And although Abby was real, she was not the one sending Nev paintings either – it was Angela.

Several years later, in 2010, Nev, Henry and Ariel released documentary Catfish, using the footage they shot on Nev's journey to meet Megan. The documentary, which premiered at the Sundance Film Festival, followed the unravelling of Angela's lies as Nev learned that the woman he loved did not exist.

In the end credits of the documentary, it was revealed that Angela did not have cancer.

It was also found that Megan never existed.

Months later, the girl in the photos of Megan were identified as Aimee Gonzales, an American model and photographer. Nev and Henry later flew Aimee to New York City so they could tell her what happened.

Following the documentary's release, Nev and Henry began producing a reality television series, Catfish: The TV Show, which was inspired by Nev's experience.

The series, which first premiered on November 12, 2012, focuses on the lives of others who have been entangled in an online relationship with someone they have never met in real life.

The first six seasons of Catfish: The TV Show are available to watch now on Stan.