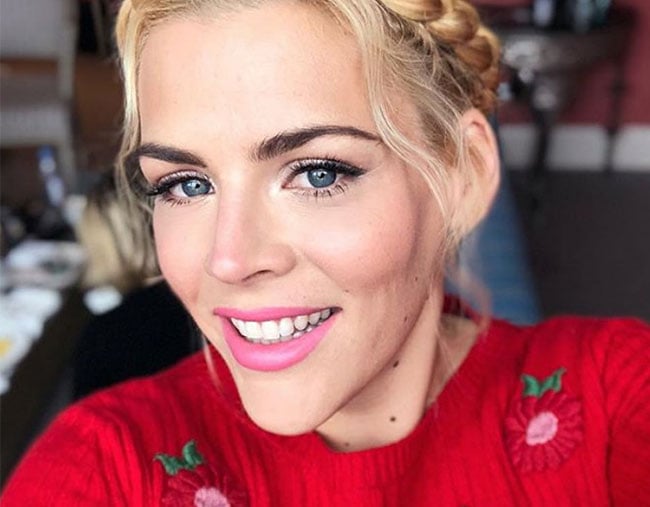 The I Feel Pretty actress and mum of two, whose Instagram feed is a treasure trove of fitspo posts and cool mum realness, posted a post-workout pic in leggings and a crop top yesterday, with a caption relating to an initiative called the “Awesome Challenge” which donates clothing to children in need. Awesome, right?

Well, because some people on the internet absolutely suck, one user decided to use the post as a platform to body shame.

But Busy shut the troll down in an instant.

Today is #TheAwesomeChallenge and my workout every morning makes me feel awesome(even on the days when I’d rather stay in bed, like today) For every post using #TheAwesomeChallenge @RocketsofAwesome will donate back-to-school clothing to a @Baby2Baby child in need. Let’s do this! TAG 3 FRIENDS! @jengotch @tessholliday @kellyoxford @michellemonaghan @sophiabush

“I feel like a man of your age should know the difference between your and you’re,” she quipped. “Your is possessive, as in, ‘Your rolls are showing.’ (Get it? The rolls belong to me.)”

Philipps continued: “You’re is an abbreviation for you are, as in, ‘You’re clearly an asshole body-shaming loser.'”

Philipps’ fans jumped to her defence, also taking aim at the user’s poor grammar skills: “I cannot stand a guy who doesn’t know the difference between your and you’re,” one wrote.

My brain does this thing to her name and I read it as BUSTY every time. No matter how many times I see it I think why would some be called Busty...oh hang on that's Busy again.

Excuse me for a minute, I need to find my magnifying glass to see if I can spot these alleged ‘rolls’. What a stupid insult (who cares if she has rolls anyway?), but a great comeback from Busy.