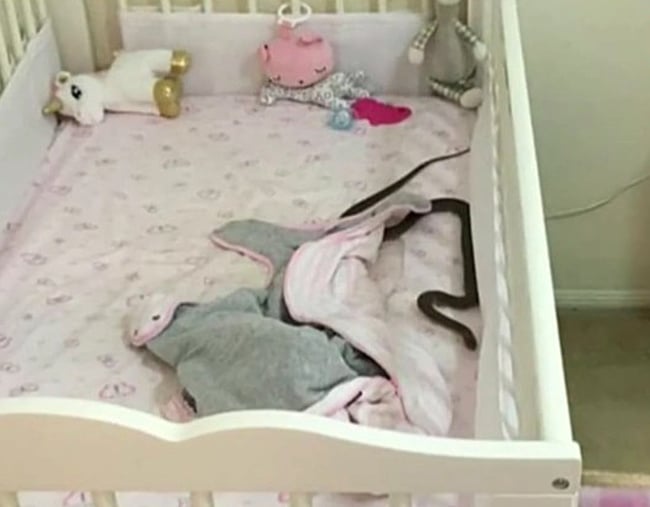 A Gold Coast mum is unable to sleep at night after finding a deadly brown snake in her four-month-old daughter’s bedroom.

Aleisha Mitchley’s baby girl Sophie had been sleeping in her cot just an hour before the metre-long snake was discovered.

Terrifyingly, the snake was first spotted at the bedroom door, but it kept moving along the floor and into Sophie’s cot.

“It was petrifying, I was very scared, I didn’t know what to do,” she told 9 News.

“I didn’t sleep at all last night. It was very scary.”

Eastern brown snakes are highly venomous. The species accounts for more deaths than any other Australian snake.

It’s currently mating season for the snakes, and Queensland residents are being warned to be on high alert.

If someone is bitten, they need to get to hospital as soon as possible.

Thankfully, the snake was removed safely but Mitchley was left rattled at what might have happened had her daughter been in the cot as usual.

“I don’t know if that’s why she was unsettled, I don’t want to think about it.”

She hoped her story would ensure parents are more mindful of leaving doors and windows open.