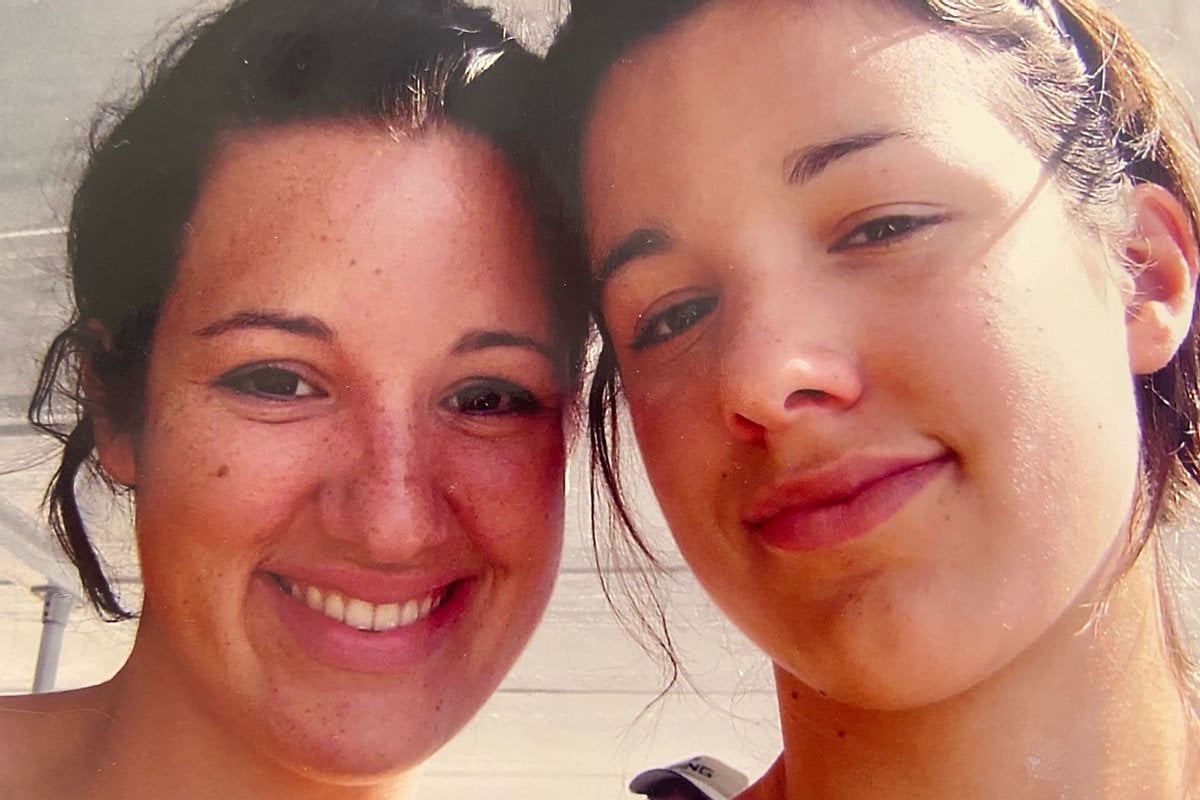 When I was 14, my family became born-again Christians.

It started with my sister going to church with her best friend, then my mum went along one week and fell in love with the services. My dad resisted for a year before, as he tells it, having an encounter with God at a service he went to just to please Mum. Still, I refused to go.

I was a pretty innocent teenager, so my resistance wasn’t really due to a lifestyle I didn’t want to give up of Bacardi Breezers in parks with boys or anything. I just didn’t get it. But I started to feel left out, and one night went along to a big Hillsong event - one of the biggest, if not the biggest church network in Australia. It was a stadium-sized event and the music was truly powerful. To this day, I can say that Hillsong artists are some of the most talented in the world. I was hooked.

I was also hooked by the community at the little church my family was attending. Everyone was so nice! It felt like I’d gained brothers and sisters, aunts and uncles, second mums and dads. From the age of 14 through to 20, I was on cloud nine. I had purpose - bringing people to Jesus, singing in the worship team, preaching the gospel. I had a community. I was having fun at youth group. It was honestly idyllic. 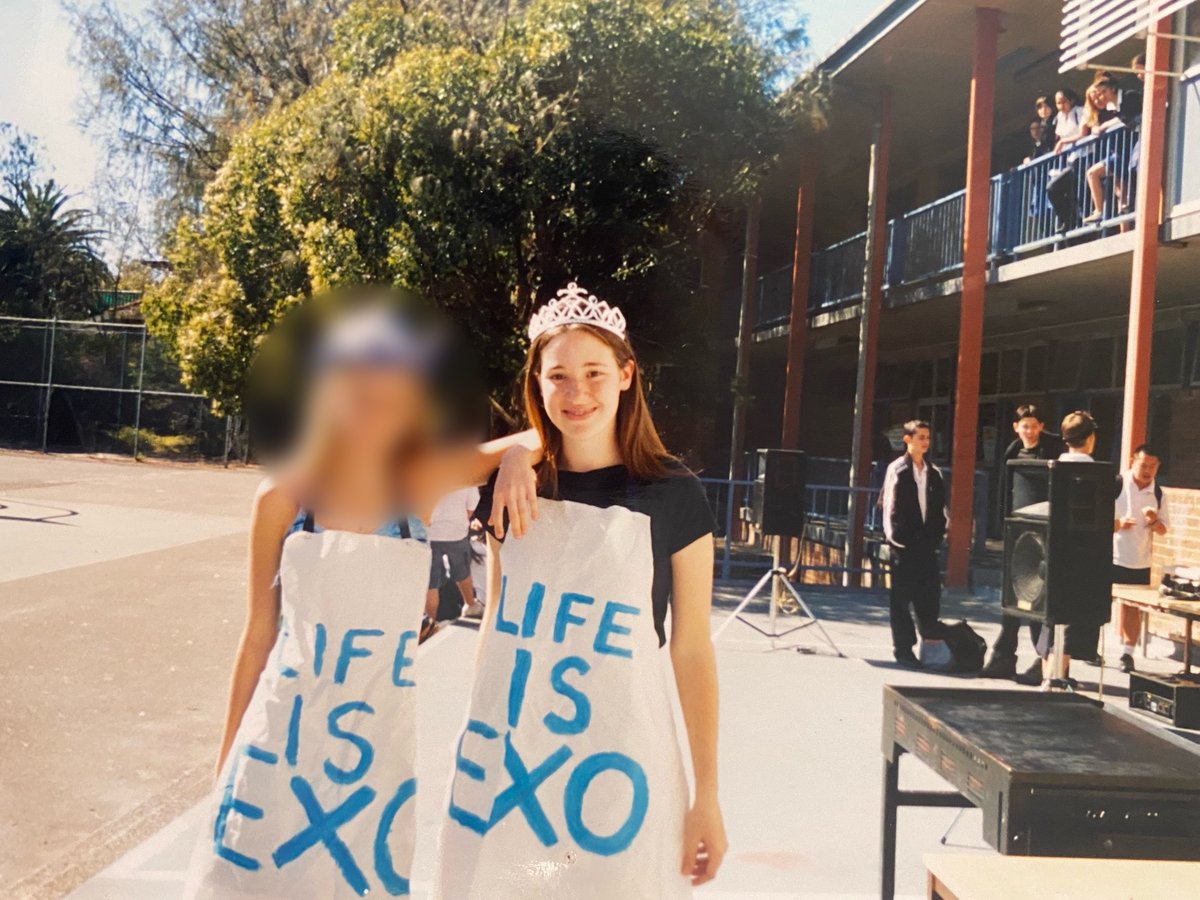 Melissa and a friend at a youth group event. Image: Supplied.

At 20 I met my first boyfriend in church. It was not idyllic - I had undiagnosed anxiety that I thought was the devil putting evil thoughts into my head. I spent the two years we were together in anguish, breaking up with him constantly because I hadn’t “heard from God” that we should be together. Still, we were a church golden couple - we were both leaders, he a youth pastor, me a worship leader. Everyone wanted us to get married.

But then we broke up for good. And everything went to shit. My pastor’s daughter, one of my best friends, suddenly felt I was a bad influence on her. She told her parents, and I was removed from the worship team, removed from leadership, and asked to participate in an eight-week course called Encounter that essentially involved digging into your sinful nature and purging yourself of it. It felt kind of like a sin exorcism, I guess. I was told I had control issues and all sorts of things. I was at rock bottom, and it felt like I was being held there by people I trusted.

All my church friends, that community I’d loved, abandoned me. I stopped being invited to birthdays and bbqs; they didn’t talk to me at services anymore, the works. I started sitting up the back alone, a pariah. I didn’t leave, though. I believed I was there for God, not people and titles - except I now only had God, and I’d started to question whether that relationship I’d believed was there was even there at all.

For a full year I continued going to church every Sunday, making new friends with people who had just joined and didn’t know me as the “bad influence”. I built a new community, but I was now on a journey out of the church. I was questioning my faith, and wondering if the reason I’d been so in love with God was actually because I’d been in love with this community and the feeling of being special. Toward the end of that year, I received an apology from my pastors for essentially blacklisting me. I was invited back to the worship team, but I couldn’t do it. I didn’t believe the words I was singing anymore. It didn’t feel right to pretend.

My church was also becoming, to me, very cult-like. New rules were being handed down from the leadership team all the time, stuff that wasn’t in the Bible. They decided festivals were from the devil. Going to bars and clubs? Also from the devil. They would openly decide which relationships they deemed “from god” and which ones were not. I felt claustrophobic.

In 2010, I went on a three-month holiday to Europe - my first time overseas. I never went back to church. It was my ticket out of that lifestyle, I guess. It’s really hard to leave a community like that, and I needed a way to do it that eased me out.

I never returned to religion after that. It wasn’t just that I wanted out of that church, but that I had realised my connection at 14 was fuelled by the community and the experience of church, and when that experience soured, so did my connection.

Over the next few years, I ventured into the world - a place I was very much cut off from. I hadn’t realised it at the time, but I had been in what felt like a cult. I had been discouraged from making or keeping friendships outside of the church. I was definitely discouraged from dating outside of it. My entire week was mandatory church events - small group services Tuesdays, worship practice Wednesdays, bible college Thursdays, youth group Fridays and church twice on Sundays. Once I left church, I also left an entire life behind and had to start from scratch.

Starting from scratch saw me develop friendships with a wide and beautiful range of people, which further had me questioning what I believed in. I was told that God is love, but that God couldn’t accept gay people into heaven. That you had to remain whatever sex you were born as, and anything else was evil. That if someone was given the chance to repent and come to God, but declined, they would be going to hell. I thought of all the beautiful people I’d met and how, in my religion, they would be suffering for eternity just because of who they were. It made no sense. That was the final nail in the coffin for me, really.

I still consider myself Agnostic - I believe in God. I did have experiences that make me feel there is something out there - something that loves us, something that really, truly loves us. I feel like God, whoever they are, would not be so bound by rules and regulations in order to have a relationship with us. I can’t imagine a God that is all about love, hating someone because they were born attracted to the same sex, or were born identifying as a man not a woman. That makes no sense to me. But those rules were taught to me in church, not via encounters with God. So maybe, just maybe, we’ve been getting it all wrong.

I’ll never go back to church, but I may one day find a new relationship with God. It’s just a bit of a process - honestly, one I’m still working on over a decade later. It’s hard to disentangle the ideas you have that came from religion, versus the ones you have via your own experiences.

One thing I’ve promised myself is I will never let a child of mine get involved in a church. I truly believe I was too impressionable at 14 to really understand what I was getting into. Obviously, you have a choice to leave at any time, but it’s not about whether you can, it’s about whether you’ll easily be able to once you’ve gone so deep at such a young age. I think I’d tell them they could explore their spirituality at home, they could have a Bible and all of that, but they couldn’t get involved in a church. Maybe I’ll change my mind, but my main regret is looking back at my formative teen years and wondering what I would have been experiencing had I not gotten so heavily involved in church life and isolated myself from school friends and the real world.

At the end of the day, I’ve come to terms with it all now, for the most part. It took a lot of therapy, but I’ve realised it wasn’t all bad. There were some amazing times, some friendships I still cherish to this day.

It’s been life-changing to see that ten-year block as a period of growth, not stagnation. As with all experiences in life, it taught me lessons and made me the person I am now.

Reply
Upvote
As someone that has never been religious, the same questions have always bothered me. And then I’d think if there was a god who existed why did he/she/they give us technology to help people really be who they are? Give us means to celebrate us if what we were doing was a sin from the devil....it never made sense to me
A
albury22 a month ago