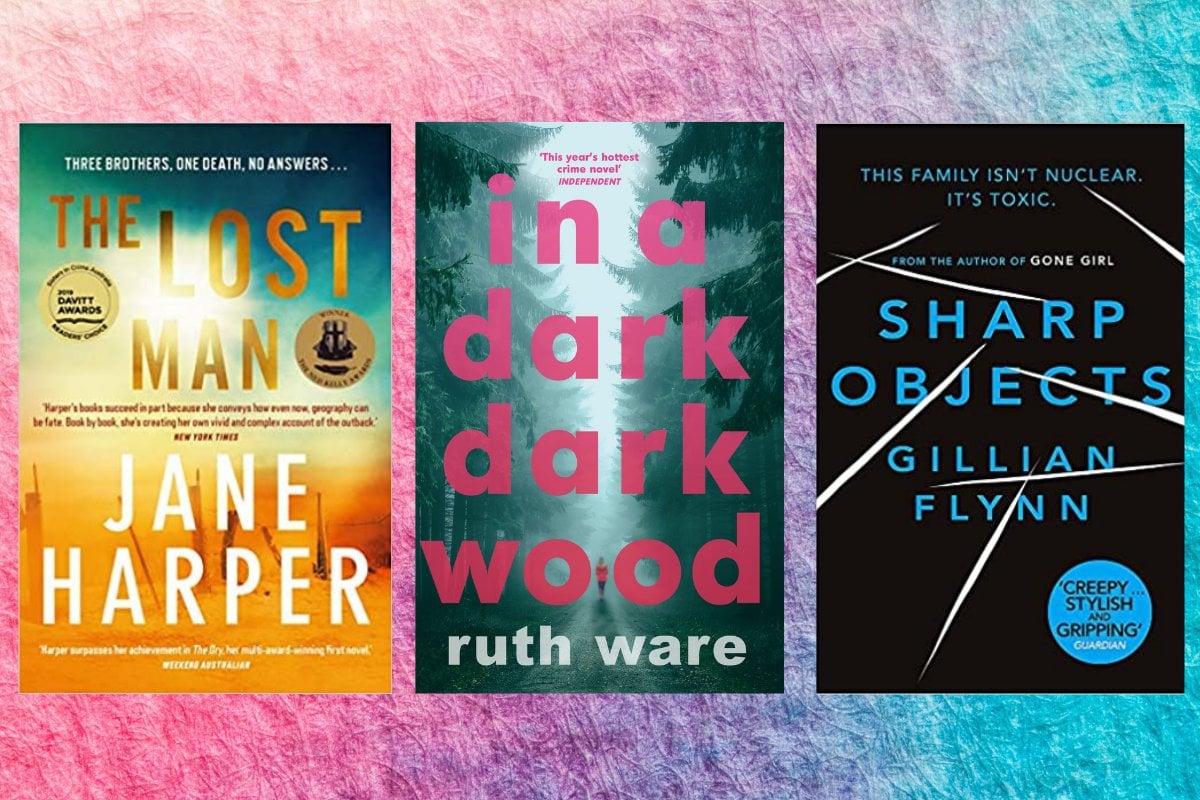 There's nothing more satisfying than getting to the end of a book and discovering a twist so unexpected it makes you gasp out loud.

A twist so satisfying you'll yell "what the f**k just happened", go back and re-read parts of the book, and wonder how you never saw it coming.

Quick watch: Just some seriously handy tips on how to trick your baby into loving books. Post continues after video.

These are the books you remember for years to come and make you wish you could go back in time and experience that twisty goodness just one more time.

Here are seven such books with plot twists that are SO good you'll be racing to get to the final page.

The Lost Man by Jane Harper

The Lost Man is the third book from bestselling and award-winning Australian author Jane Harper.

The novel follows the story of Nathan Bright, who lives in isolation in outback Queensland.

When Nathan's brother Cameron is found dead on the family's property, Nathan is drawn back into his complicated family as he tries to solve his brother's mysterious death and is forced to finally face the mistakes of his past.

The Lost Man is a gripping tale, and Harper drip-feeds clues throughout the book, before finally hitting the reader with a big twist they could never see coming in the last pages. 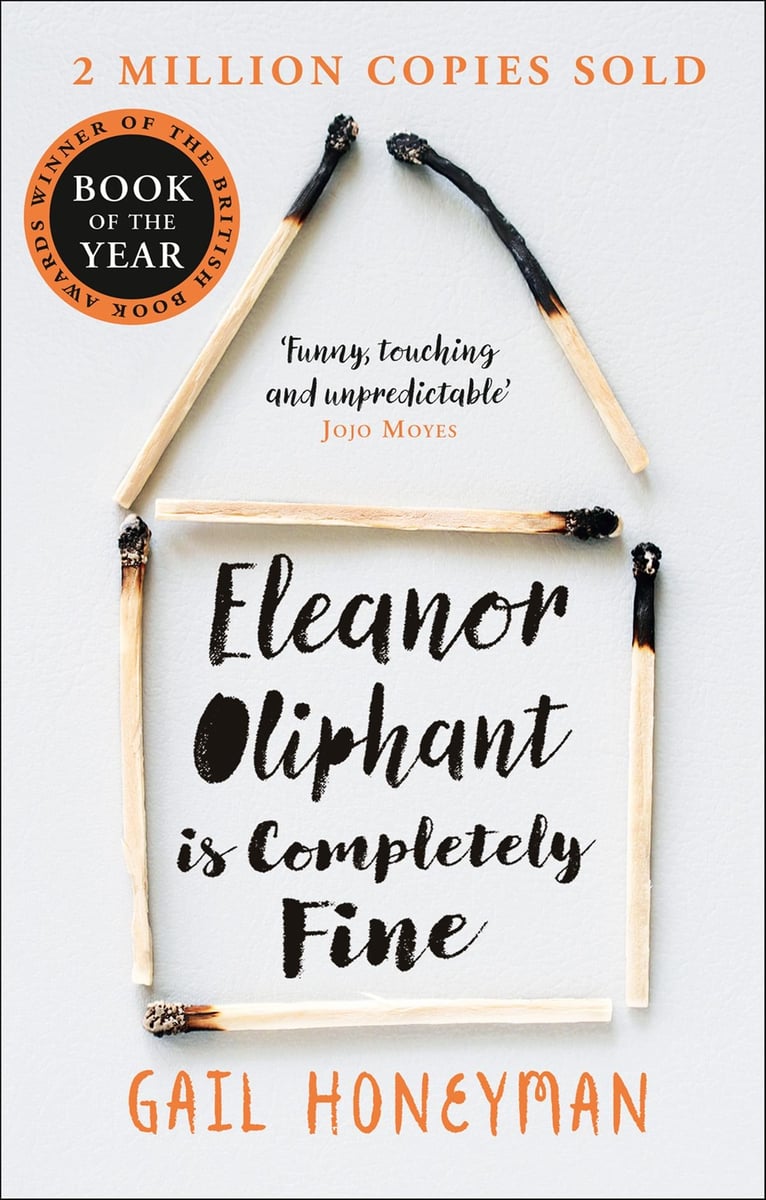 Eleanor Oliphant lives a small life. The 29-year-old lives in Glasgow and works as a finance clerk at a graphic design firm. Her colleagues hate her and she doesn't have any friends.

At night she talks to her mother on the phone and feeds her growing infatuation with a local musician.

Through a series of happy accidents, Eleanor finally meets some like-minded people and starts to form her first real friendship.

She also starts to face the trauma of her past.

The final twist will leave you gasping out loud. 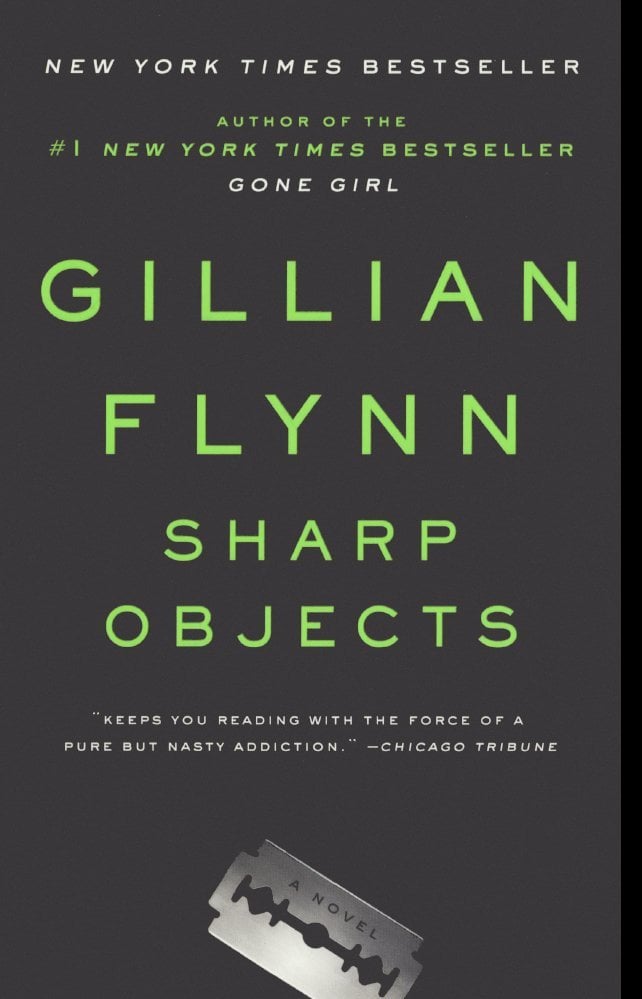 Sharp Objects in the debut novel of Gillian Flynn, the author would go on to write Gone Girl.

Flynn is known for her mind-blowing plot twists, and Sharp Objects does not disappoint.

The story focuses on Camille Preaker, a journalist from a small Chicago newspaper who returns to her hometown of Windgap, Missouri, to report on a series of brutal murders.

While investigating the murders, Camille reconnects with her estranged mother Adora and her half-sister Amma.

She's also forced to face her past and the mysterious death of her sister Marian.

At the end of the novel, Camille discovers that she's closer to the truth than she ever thought possible.

We Were Liars by E. Lockhart 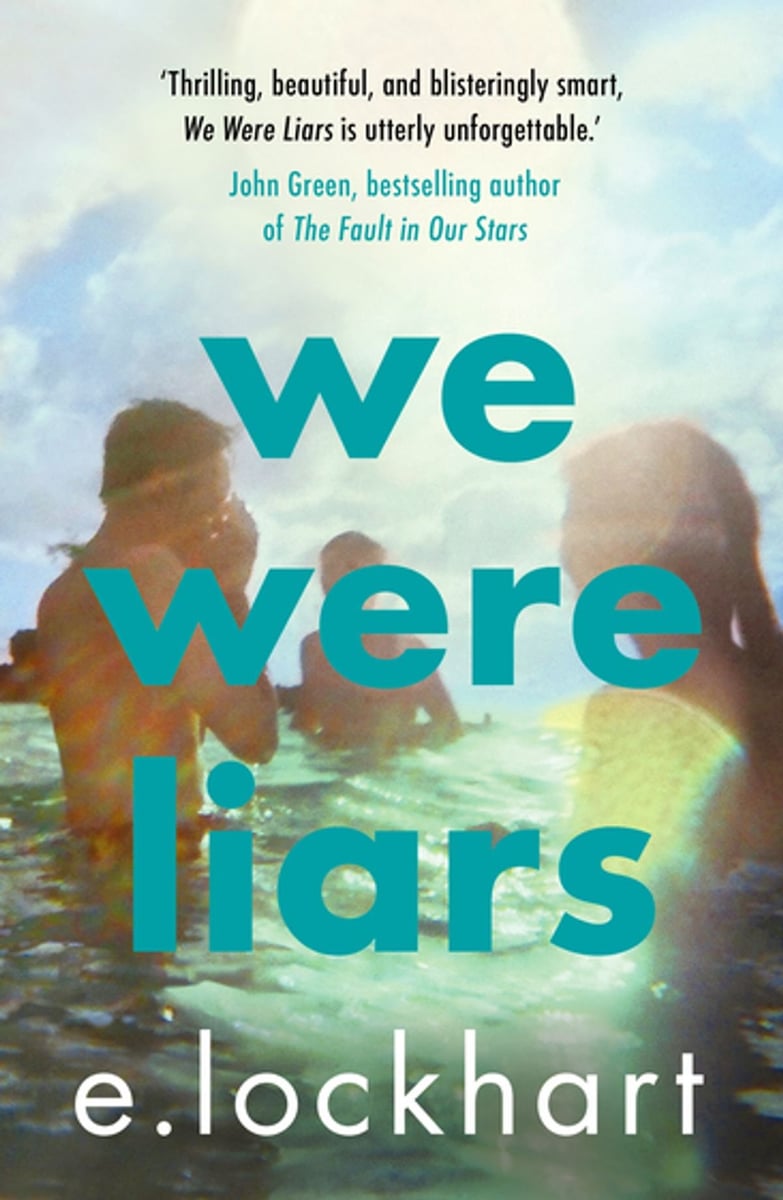 We Were Liars is a young adult fiction book with an unbelievable twist.

The story centres on the wealthy Sinclair family who spend every summer gathered on their private island.

During the summer of her 15th year, something terrible happens to Cadence Sinclair. She doesn't remember until two years later when her friends (Johnny, Gat and Mirren) re-merge and force her to remember.

The twist at the end is nothing short of mind-blowing.

In a Dark, Dark Wood by Ruth Ware 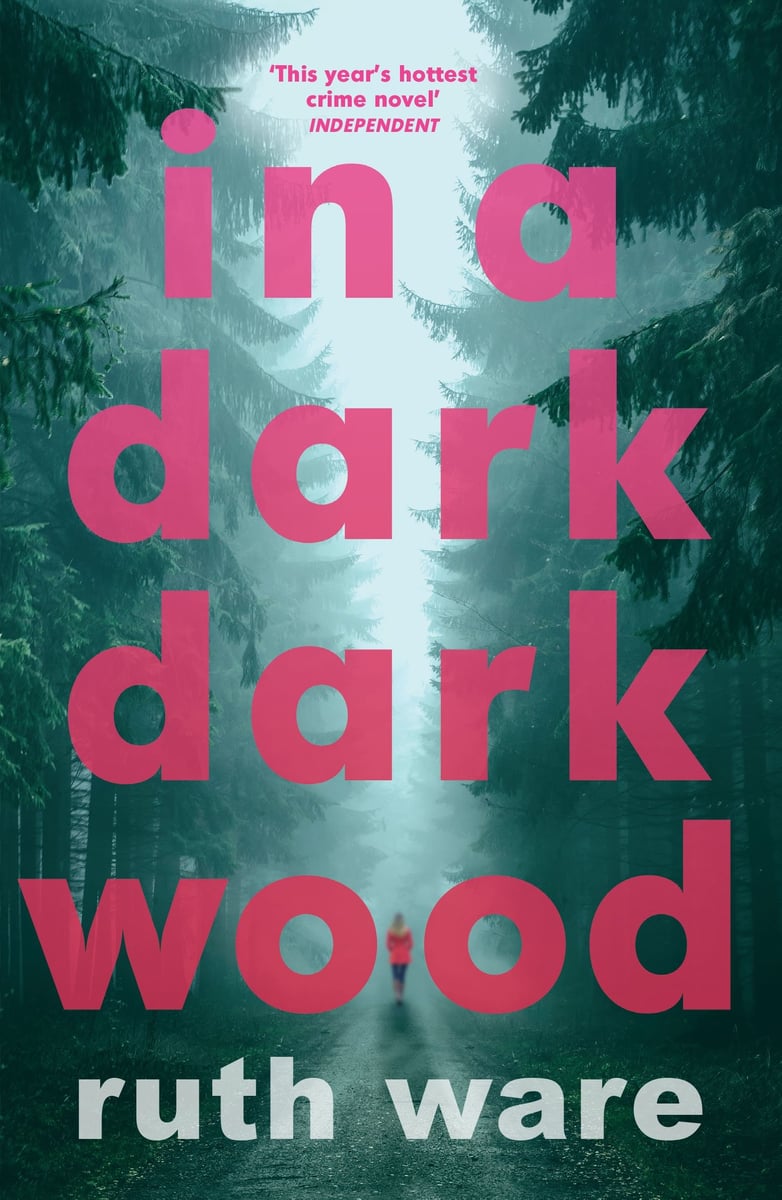 Image: Penguin Books Australia.  Nora hasn't seen her friend Clare for 10 years. Not since Nora walked out of school one day and never went back.

When an invitation for Clare's hen do turns up out of the blue, Nora decides this is her chance to finally reconnect with Clare and put the past behind her.

But when Nora turns up at the hen's weekend, something doesn't feel right.

And it just gets darker and twistier from there. 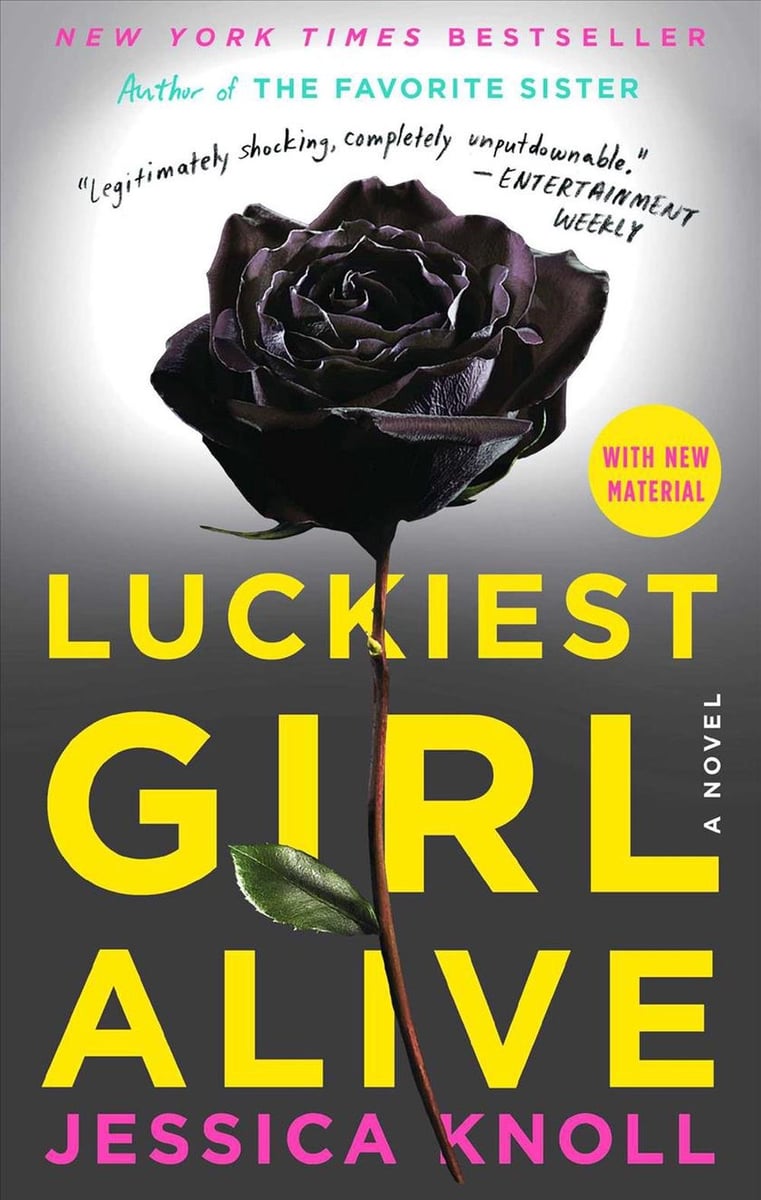 Ani appears to have the perfect life.

The 28-year-old works as an editor at a women's magazine and she's engaged to a man from a wealthy New York family.

But under her perfect veneer, Ani is hiding some dark secrets from her past.

When she participates in a documentary about her high school, Ani is forced to face what happened to her when she was 14 and ask herself whether she is truly happy. 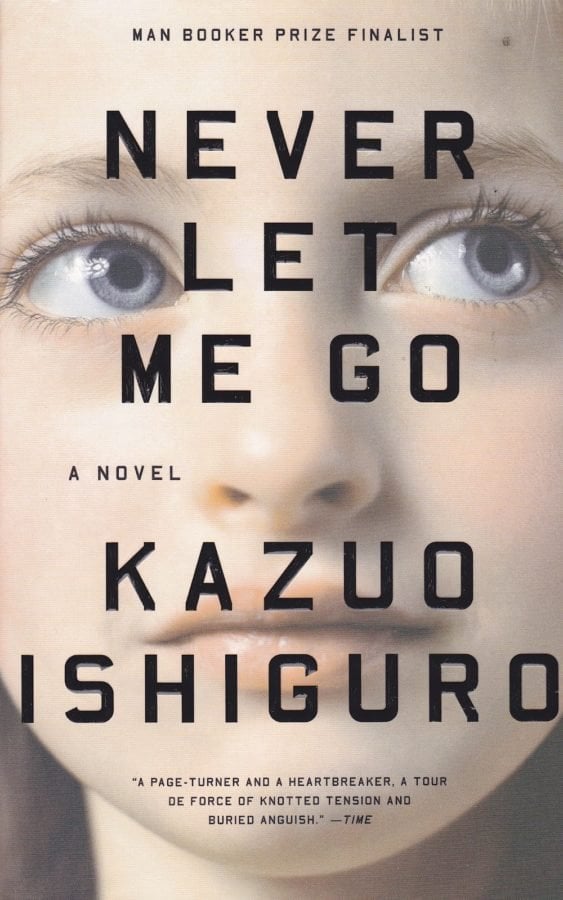 As kids Kathy, Ruth and Tommy were students at Hailsham, an exclusive boarding school secluded in the English countryside.

When Ruth and Tommy re-enter Kathy's life when she's an adult, she's finally forced to face what was really going on at Hailsham and how what happened to them as children will shape the rest of their lives.

E
elspeth a year ago

Reply
Upvote
I read Gone Girl because I heard it had an amazing twist but I found the ending so unsatisfying after such a long book. Any in this list have endings where the story is resolved in a satisfying way? (Without giving away spoilers of course.)
A
ak87 a year ago