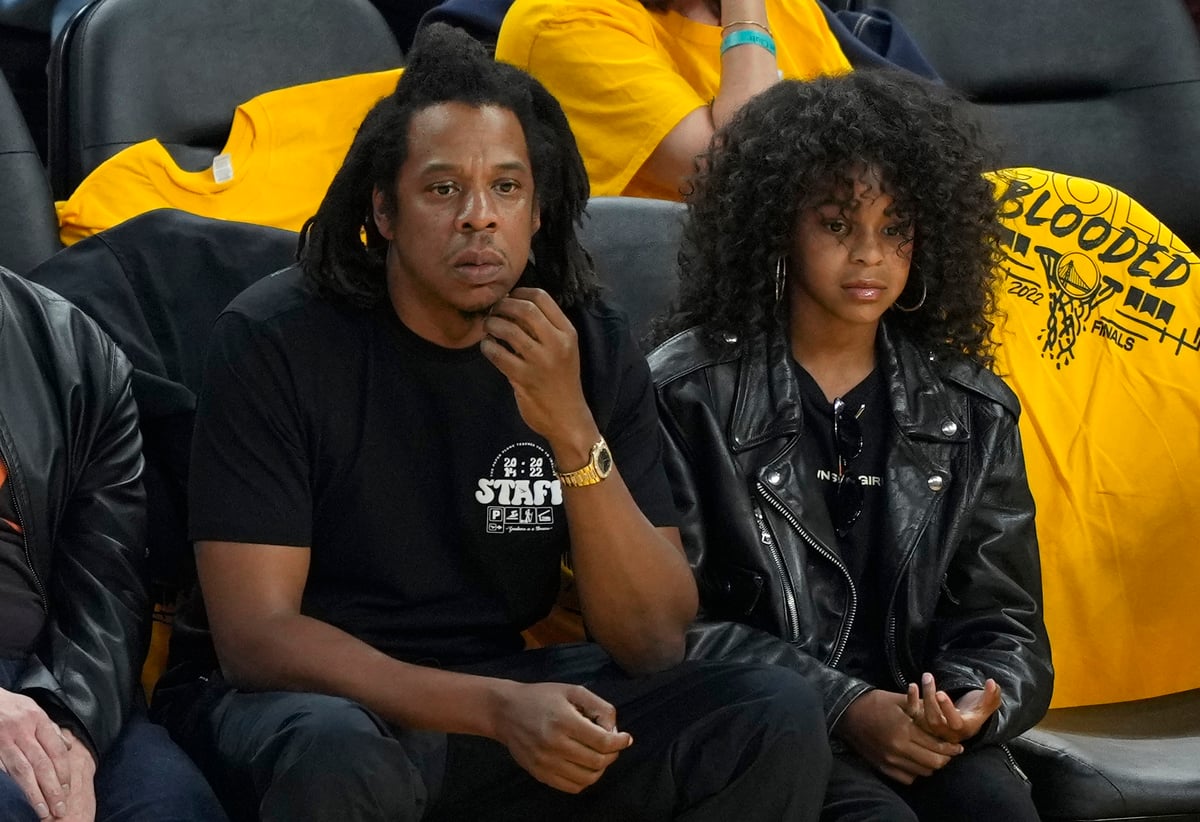 If you happen to have a mobile phone, then you might have seen that Beyoncé and Jay Z's eldest daughter, Blue Ivy, made a public appearance with her dad at a basketball game.

While that's far from breaking news, it took us by surprise that the tiny toddler we're so used to seeing is now a fully fledged tween.

On Sunday, the 11-year-old sat courtside for a basketball game, wearing a leather jacket and posing with an unimpressed expression alongside her father.

Watch this clip of Beyoncé showing us exactly why she is the queen. Post continues after video.

Right before our eyes, we're watching some of the world's most famous children grow up – and it had us thinking about what Blue Ivy and her siblings are up to now.

Here's everything we know about Beyoncé and Jay-Z's very famous and high-achieving children.

Even before she was born, Blue Ivy was a public figure of sorts – and that's all because of her mother's iconic pregnancy announcement at the 2011 MTV Music Awards

She performed 'Love On Top' for the awards show and right at the end of the song, the singer pulled back her sequined, buttoned blazer to reveal a pregnant belly. Instantly, it became an unforgettable moment in pop culture history – one that, according to Beyoncé's mother, was "stressful" from beginning to end.

Tina Knowles-Lawson famously designed performance outfits for her daughter for decades, and in 2021, revealed it was a "stressful" situation hiding Beyoncé's pregnancy belly. 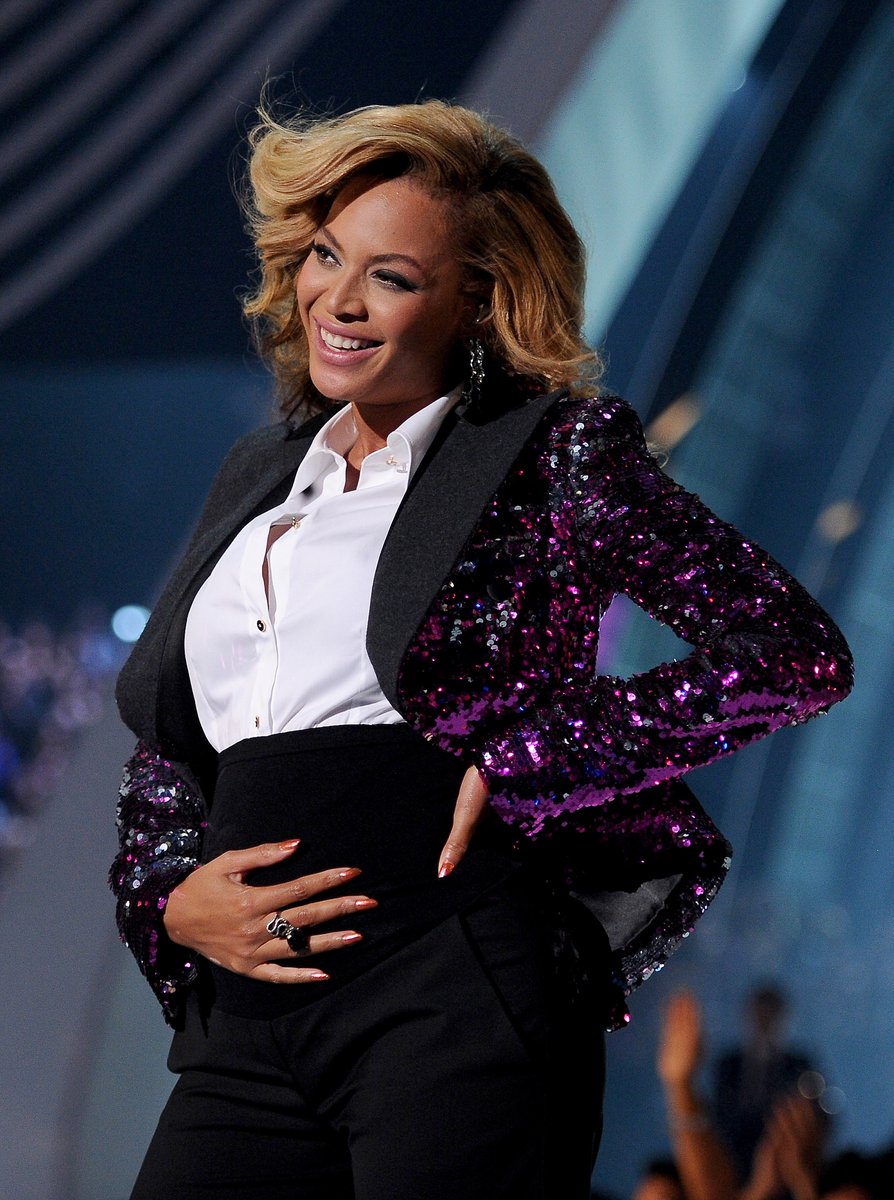 "Well this was a stressful night, at least it began that way!!!," she wrote in a throwback Instagram post.

"Two hours before the performance we realized that the pants that I had gotten made were too tight and uncomfortable; the panel that I had put in them was not stretchy enough."

According to her post at the time, Tina said she was forced to head to the nearest maternity store to construct a DIY job.

"Two hours before the performance, I was at A Pea in the Pod," she continued. "I bought two sizes in maternity pants but wound up taking the panel off of one of them and putting it in the ones that I had made!"

Luckily, it worked out in the end.

"When she opened that jacket and showed her stomach it was the biggest relief ever."

From 2017 to 2020, Beyoncé's attorneys were in a complicated trademark battle for the name 'Blue Ivy'. While the family ended up winning the trademark, the 10-year-old received the highest of compliments when she was referred to as a "cultural icon".

The brief declared, "Blue Ivy Carter is a cultural icon who has been described as a 'mini style star' and has been celebrated for her 'fashion moments' overs [sic] the years…Her life and activities are followed extensively by the media and the public."

At just nine-years-old, Blue Ivy became a Grammy Award winner when in 2020, she along with her mother and a string of other talented artists, won Best Music Video for 'Brown Skin Girl'.

Blue Ivy received a writing credit for the song. 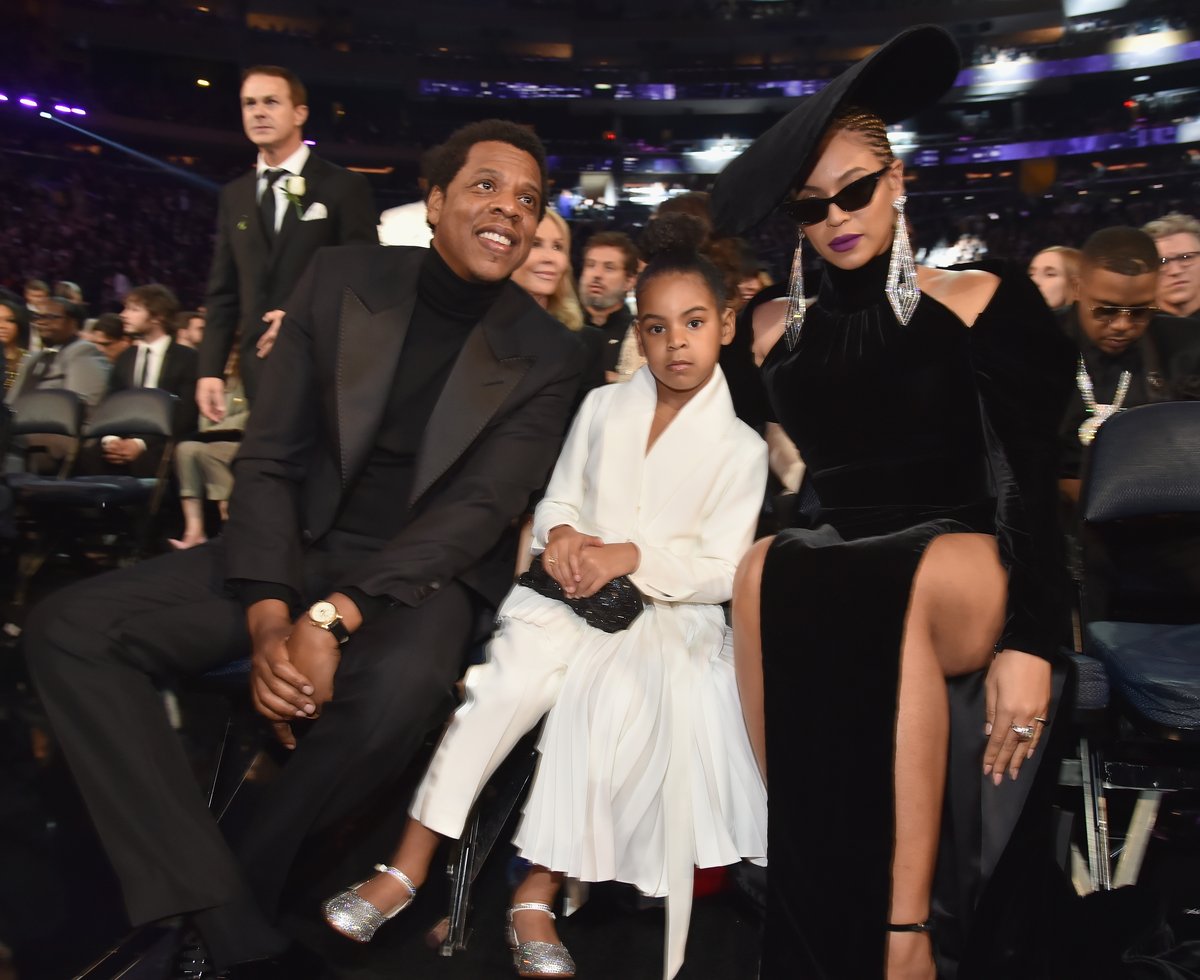 Blue Ivy with her parents just a year before in 2020 at the Grammys. Image: Getty.

On top of that, she also won the NAACP Image Award, Outstanding Duo and Group or Collaboration for the song which featured on the Lion King: The Gift album.

To add, in June 2020, she won her first BET award at the BET Awards for her work on 'Brown Skin Girl'.

Blue Ivy narrowly missed out on being the youngest to win a Grammy. The record is held by Leah Peasall, who won in 2001 at the age of eight. 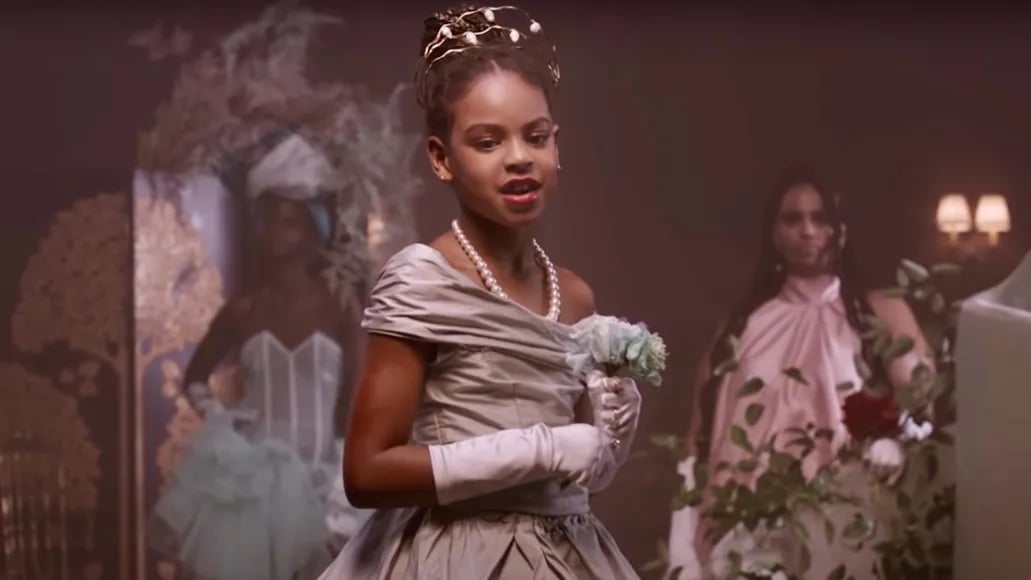 The award-winning, record-breaking 10-year-old added an impressive job to her resume back in 2020 when she was just eight by becoming an audiobook narrator. The eldest child from the Carter family narrated Hair Love by Matthew A. Cherry.

As anything tied to Blue Ivy's name does, the book became an instant success and a New York Times bestseller.

Blue Ivy has been featured and mentioned in a multitude of songs and music videos – thanks to her parents, who are some of the best-selling artists of all time.

Her very first feature though is a song she has writing credits for, and it's in the 2012 hit 'Glory'. It was made within 48 hours of Jay-Z becoming a father. It was the first time the world ever got to hear Blue's voice as her cries were featured on the track. 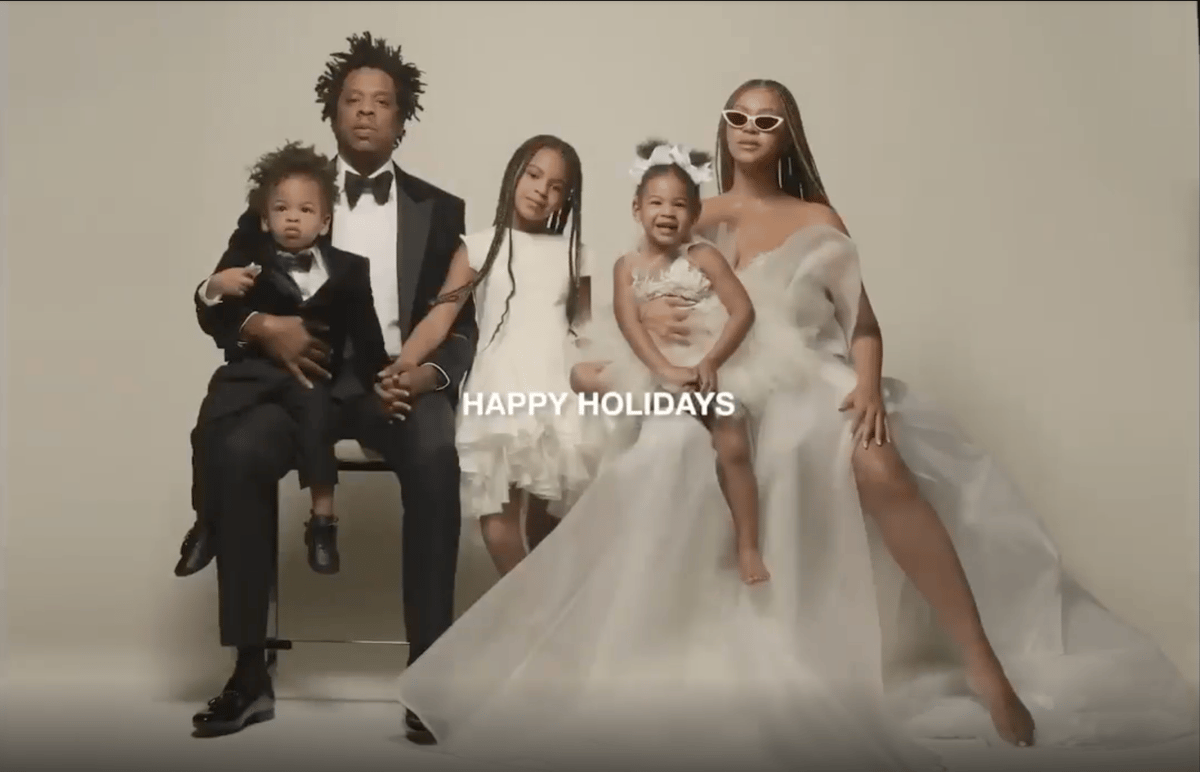 In 2017, Beyoncé used Instagram to reveal she and Jay-Z were expecting again – this time, with twins!

Surrounded by flowers and covered in a veil, the singer and performer wrote in a caption: "We would like to share our love and happiness. We have been blessed two times over. We are incredibly grateful that our family will be growing by two, and we thank you for your well wishes. - The Carters."

The photo has since amassed over 10 million likes. Pretty iconic indeed.

She would later reveal their faces in another Instagram post, when Sir and Rumi were just a month old. The pair were born in June, 2017.

While Beyoncé rarely shares photos of her children online (despite the pregnancy and birth photos), she often incorporates the duo into her work and art.

In her annual end-of-year recaps, the singer showed the pair in tow with her while she drove around a golf cart and listened to her collab 'Savage' with Megan Thee Stallion, back in 2020. 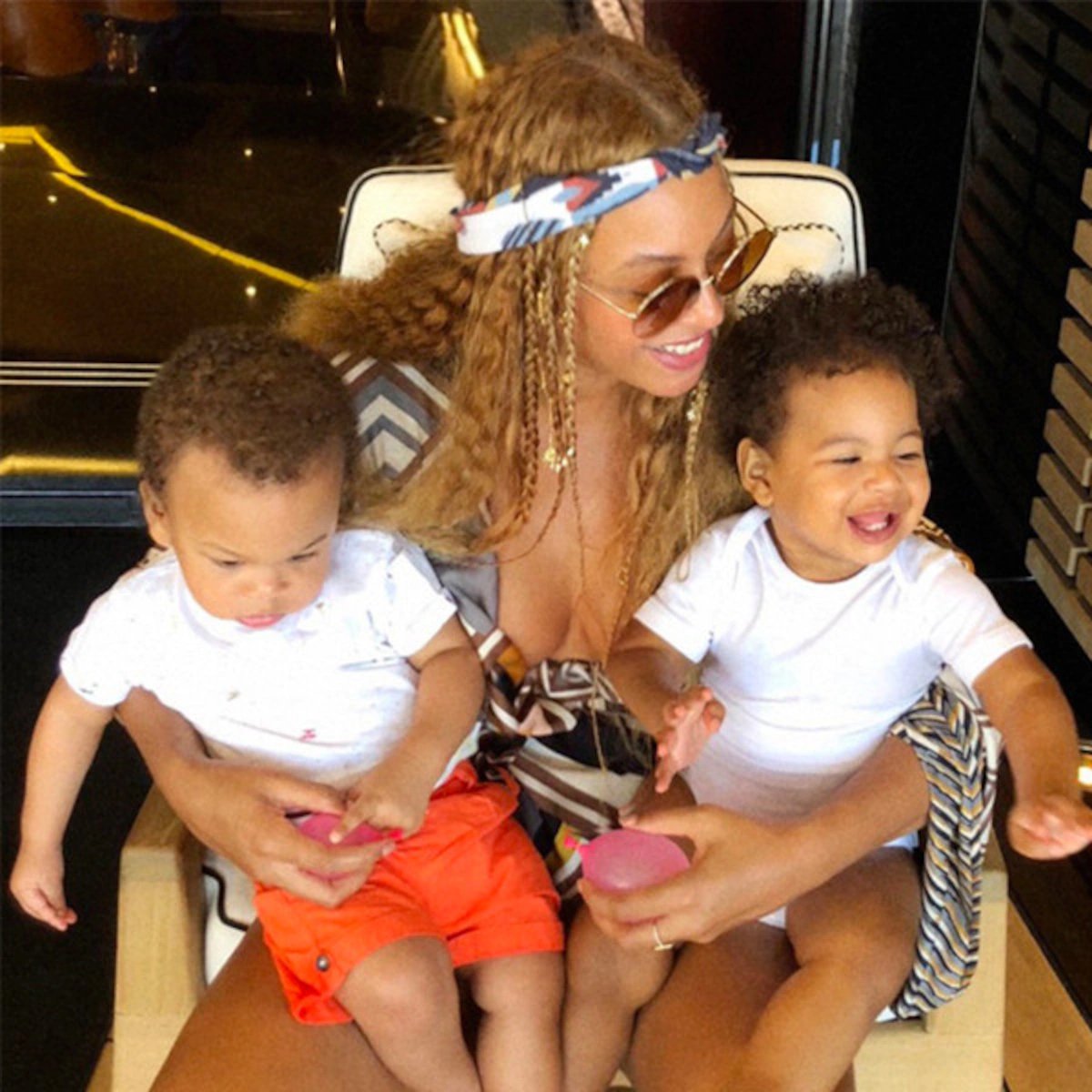 Rumi also appeared in the music video for 'Brown Skin Girl,' where she posed alongside her mother, grandmother, and Blue Ivy to showcase three generations of their family.

Not only that, but Rumi was also part of her mother's Adidas campaign with her big sister, in December 2021.

While Rumi or Sir don't exactly have any Grammy Award-winning singles under their belt yet, or a New York Times best-selling book on their resume – there's no doubt this set of twins is destined for great things.

As is the Carter way.