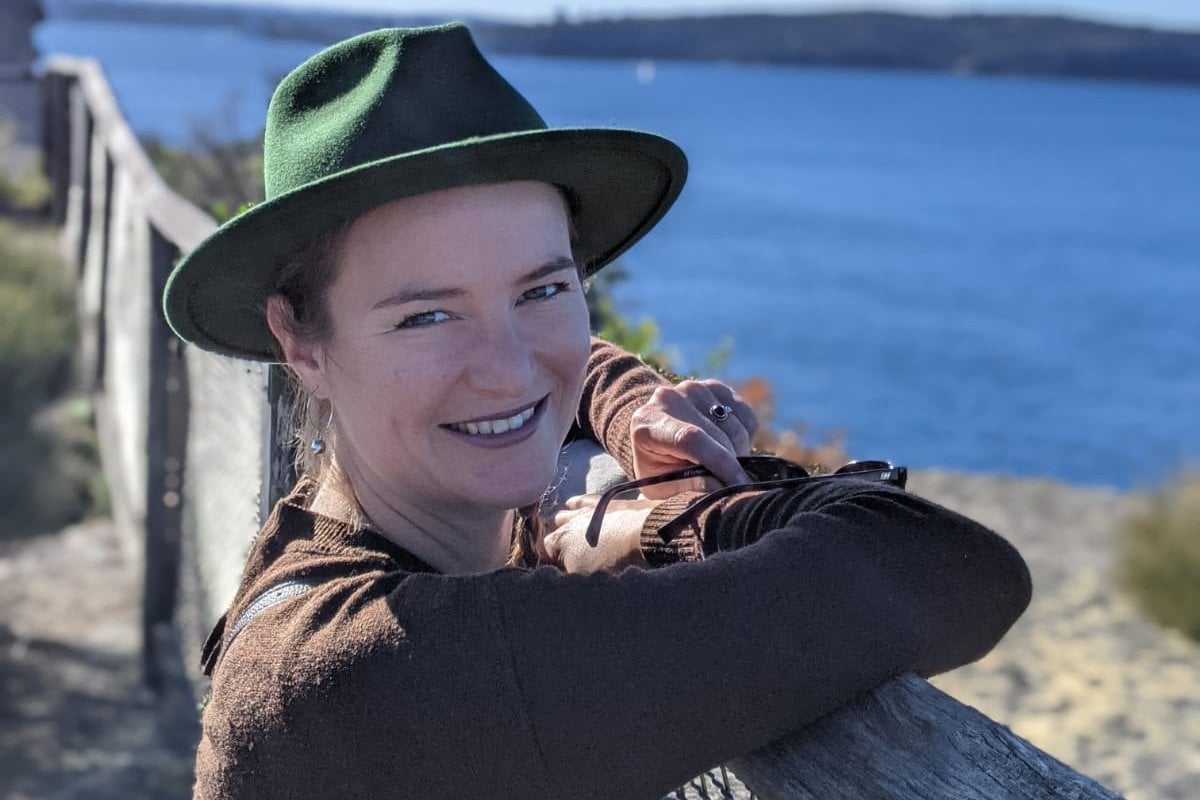 I was barely 13 years old when my mum’s gynaecologist, who became mine by default, prescribed me the pill. Painful period cramps, weight gain, rollercoasters of emotions; it was enough to convince the doctor I should be popping those pills like orange flavoured Tic Tacs.

I was a moody teenager as it was, so I’ll let you imagine what it was like to dare address me in prime PMS time. You’d get an eye-roll filled "whatever" at best, and a fit of tears and screams and "nobody-understands-me" tirades on my top-performing days.

So when the doctor wrote the prescription for the pill, everyone was happy. I thought I’d lose 10kg overnight (those daily Snickers bars had nothing to do with my weight gain after all!), my uterus would stop practicing for another career as a contortionist, my parents would still be annoying losers but I wouldn’t mind as much, and -cherry on the cake - I wouldn’t have to worry about contraception for when I was ready to "give my flower away".

A few years went by, a few florists came along, and I recommended the pill to all my friends. It’s so easy! You can take it continuously, choose when to have your period, and even choose not to have your period at all! One pill a day, and all your troubles go away.

The best thing of course was its primary purpose: no buns in this oven. The shop is shut. I had a few boyfriends over the years, some serious, some I literally don’t remember having. I liked sex, but it wasn’t as good as in the movies. In many cases, it was even shockingly disappointing.

At the age of 19, an encounter I will never forget put me on a slow train to Gay Town. There would still be a decade and a few missed opportunities before I stepped off the bloody carriage, but she was my very first crush.

Her name was Latifa, she was 10 years my senior with luscious long black hair and cheeky brown eyes with long fluttering lashes. She worked in the DVD rental shop above the newsagency I worked at.

Back in the day, those retail dinosaurs still thrived. I went up to her shop one day to pick something to watch, and she came to me. "Hello, how can I help? Are you looking for something in particular?" The usual customer service stuff, except she made me feel like she'd been waiting for me all day.

The way she looked at me, her sparkling eyes, her smile, her body language, the way she brushed past me as she was showing me the newest movies. I couldn't really put a name on it, but I knew this wasn't over-professionalism. She cared about those DVDs about as much as I cared about the crossword puzzles I was selling downstairs.

I walked away with a film to watch and came back the next day to pick another, and returned almost every day after that. Sometimes, I didn't have the time to actually watch the movie before returning it. I wanted to see her, even for five minutes.

As weeks went by and I had become responsible for half her weekly profit, we started talking more and more, and I hung around a bit longer each time. She told me she was gay, and I said nothing to that. She recommended I rent The L Word, and I said okay.

I watched the whole series in barely a week (my eyes wide open the whole six seasons) and when I returned the DVDs, she invited me for dinner "between friends". As she drove me back home, she leaned towards me and kissed me as I just sat there like a dead fish. Smitten yet terrified, I got out of the car, shut the door, and never saw her again.

Fast forward a few more years, and I am living my best life in uni. Parties, booze, sex and sometimes a little study, I forget about her and my silly crush. Opportunities to develop new girl crushes are pretty much non-existent, so much so that I forget they even exist.

Everyone around me is straight, and I look and act so straight myself, it’s the worst possible lesbian advertisement you’ve ever seen. I drunkenly kiss a few girlfriends here and there, and really like it each time, but I choose to ignore what it means.

At age 24, I met a great guy who I started dating seriously, and a few months into the relationship, we moved to Australia together to follow a work opportunity. Five years down the track, we were a great team; there was love, there was friendship, there were life projects, but something was really bothering me.

My then contraception, the hormonal IUD Mirena, was giving me a whole heap of troubles - inconsistent and almost constant periods, a loss of sex drive, a loss of drive in general. A big fat ugh.

In January 2017, I decided I wanted a break from hormones that I had been taking for 16 years. My body had been fed hormones for over half my life and I was over it.

I had the Mirena removed, and almost overnight, I went through my very own sexual revolution. Maybe not banging everyone in my hood like the actual sexual revolutionaries did in the '60s, but a cataclysm nonetheless.

Within the first few days and weeks of my body retrieving its natural course, my sex drive improved, my mood, awareness and mindfulness awoke, and I simply felt... better. Then, during the following weeks, this tingling dormant attraction I'd had for women since I was a teenager sprouted out of me like a field of portobellos and grew into a recurring thought, before becoming an absolute obsession.

On the street, at work, at the supermarket, in my mind, in my sleep, I kept playing memories of Latifa in my head and fantasised about what could have become if I hadn’t been such a wuss. I watched The L Word again (for the fourth time), and further fed my fantasies with Carmen’s smile, delicious brown skin and tumbling dark hair as she is riding Shane in her LA home.

Nearly every woman around me became a potential target for new self-told scenarios and I felt like I irradiated sexual energy left, right and centre.

Experimenting with a woman went from a long-entombed desire to what felt like an indispensable crusade, a ship my boyfriend was on board with. We agreed on an open relationship, and so the real trouble ensued.

Late February, one short month after having my Mirena removed, I had my first (full) experience with a woman. I must say it wasn’t the most romantic encounter (actually very much in the trashy I-don’t-remember-your-name category), but it was absolutely mind-blowing and I loved every second of it.

As soon as it was over, I was left wanting more. At the time, I still thought I was straight (bit of a thick skull, hey?), and just wanted to reiterate something I had really enjoyed, like going to Disney one last time before going back to school for good.

I met a few other women until I met the one who flipped my whole world on its head. She was gorgeous, funny, smart, addictive, and I knew that this time, it was more than an experience. All I could think of was her, and I wanted to spend every second alongside her. I was in love, and even though I wasn’t ready to drop everything I knew and had to be with her, I knew this is what had to be done. My boyfriend and I broke it off, and she and I were together for four years.

About a year ago, I was telling a friend of mine that I realised I was gay when I stopped taking the pill, thinking it was merely a coincidence. She told me there had been ample research done on the topic of hormones and how they alter a woman’s sexual attraction towards their partner, or in my case, towards the other sex.

A quick search on the internet confirmed her theories. A study published by the US library of medicine suggests that “hormonal contraceptive use reduces naturally occurring cyclical hormonal variance and, as a consequence, women who use hormonal contraception have been shown to display different mating preferences and behaviours than women who are regularly cycling.”

Similarly, women who change or stop their hormonal intake after having met their partner may find themselves less attracted to their partner, and in some cases, not at all.

Ever since I stopped hormonal contraception, I am convinced of its negative effect on women’s bodies, not necessarily on their natural sexual orientation, but on every other aspect of the body regulated by hormones such as appetite, sleep, mood, attraction, sensitivity or even productivity. Being hormone-free helped me lead a richer life by feeling more real, more natural, and simply more alive.

I realise being a lesbian automatically erases my need for contraception (duh!), and that not every woman can afford to “just stop the pill”, but I strongly encourage all my friends who are on the pill to consider alternatives such as a copper IUD, or using an ovulation tracker, even if it’s for a short trial period, long enough to feel the difference.

For those who no longer wish to have children, vasectomies are also something to think about. When women have been taking the pill and their side effects for 20, 30 years, maybe men could take over and undergo a 20-minute snip?

Reply
Upvote
Agree with thinking about hormones but copper iud  is not the way to go for birth control unless you want a baby with an iud wire wrapped around a body part. Horrific and useless things.
M
Matron 4 months ago

Reply
Upvote
...that story hit hard.  I've gone, excuse me, I'm GOING through this right now.  I quit oral birth control about 4 months ago and my world has flipped upside down.  The confusion and emotional pain!  I had a huge crush on a girl of my age (about 17 then) and was simply infatuated with her.  But I found her during my early start of OC, and I had a BF for about the same time.  Things didn't work out, but for years, 22 of them, I've had recurring dreams of her... still on my mind.
I'm 37 now, and rethinking EVERYTHING.   But quitting a 22yr old relationship is ridiculously hard...  I'm writing this after not sleeping at all last night, my fiancé and I fought some but DISCUSSED a lot more.  I'm torn, he's devastated..   I'm terrified, so is he.  I'm at work right now, unsure of one the rest of the fay holds for me.  I feel like  confused 16yr old again.   I don't believe in numerology,  but 02/22/2022 and it's our 22nd year together...
News
General
Opinion
True Crime
Politics
Sport
Explainer
Entertainment
Celebrity
Reality TV
Movies
TV
Books
Rogue
Royal
Lifestyle
Beauty
Fashion
Weddings
Home
Wellness
Health
Fitness
Travel
Food
Family
Before The Bump
Pregnancy
Baby
Kids
Teens
School
Parent Opinion
Work & Money
Money
Finance
Career
Lady Startup
Relationships
Sex
Dating
Separation
Friendship
Family
Real Life
Couples