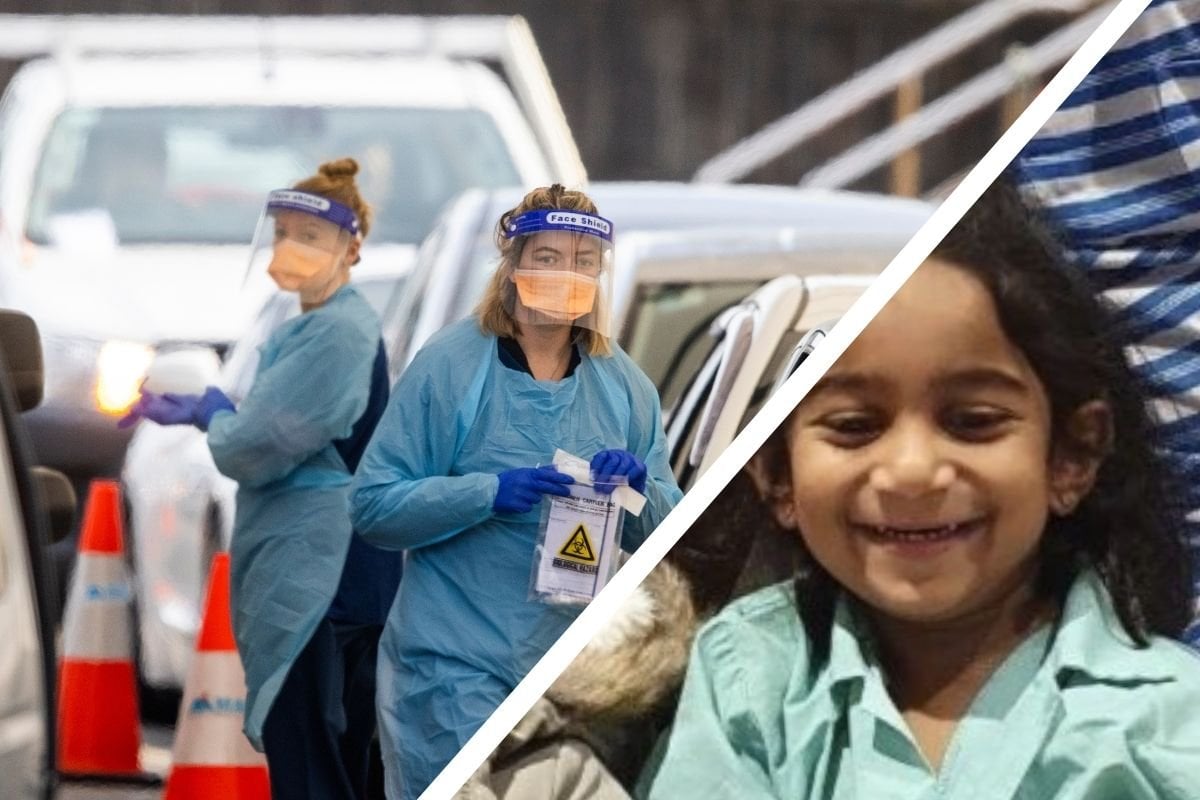 NSW Agriculture Minister Adam Marshall has tested positive to COVID-19 after dining at a restaurant at Paddington in inner Sydney that was identified as a venue of concern.

Three of Marshall's colleagues who dined with him on Monday night - Trevor Khan, Steph Cooke and Ben Franklin - are now also in isolation.

Records show all four MPs were present in parliament on Tuesday after visiting the exposure site.

NSW Minister for Health Brad Hazzard confirmed to the Today Show, "I woke up this morning to a message from NSW Health advising me that I may be a close contact of a possible positive case."

He is in isolation, but will still provide the 11am COVID update.

The NSW Opposition Leader Chris Minns was due to deliver his Budget reply speech today, however he says that has been postponed due to the unfolding situation at NSW Parliament.

A Tamil asylum-seeker family has been granted three-month bridging visas providing them with work and study rights.

Immigration Minister Alex Hawke has used his power to intervene in the case of the Murugappan family, who were recently allowed to leave detention on Christmas Island.

"This decision allows three members of the family to reside in the Perth community on bridging visas while the youngest child's medical care, and the family's legal matters, are ongoing," he said in a statement on Wednesday.

Family friend Angela Fredericks said bridging visas have been issued to father Nades, mother Priya, and their eldest daughter, six-year-old Kopika, but not to their youngest child, Tharnicaa, aged four.

She says Tharnicaa remains in community detention and the family is therefore trapped in Perth, unable to return to their home in the Queensland town of Biloela without splitting up.

She said the family's lawyer was making inquiries regarding Tharnicaa's visa status.

"Still there is no certain path way home to Bilo. While we welcome Priya, Nades, and Kopika being granted bridging visas, we wonder what precisely is the minister's objective in denying little Tharni one?" she said in a statement.

"This family must stay together, and they need to be back in Biloela as soon as humanly possible."

The family was locked up for more than three years as their fight against deportation progressed through the courts. The matter is still not resolved.

Tharnicaa was flown from Christmas Island to a Perth hospital for treatment for a blood infection, reigniting calls for the government to allow them to stay.

Qld exemption approved for dying dad to see his son.

The Queensland Government has granted a health exemption to a couple in Sydney hotel quarantine to visit his dying father, after criticism from the federal government, NSW government and general public.

Mark Kilian and Anneli Gericke had already been denied multiple times, despite hiring their own plane, and offering to wear hazmat suits and be guarded 24/7.

Frans Kilian, 80, is in hospital on the Gold Coast suffering from pancreatic cancer.

Mark and Anneli were given exemptions from both the federal and NSW governments to enter Australia from Los Angeles, but QLD Health wouldn't let them over the border. Both are vaccinated and have returned at least three negative coronavirus tests.

Fully vaccinated US couple Mark Kilian and Anneli Gericke have been granted an exemption by the Palaszczuk government to travel to Queensland to say goodbye to Mr Kilian's dying father Frans.https://t.co/QXxKFpD5KG

"We've been met with the same cold-hearted response time and time again, "Mark told The Project earlier this week.

"We have issued an exemption to Mark Kilian and his partner, subject to NSW finalising arrangement of safe transfer of the couple to Queensland," a Queensland Health statement read on Wednesday night.

They will enter the state at midday today.

School holiday plans have been abandoned for many Sydney residents, with some confined to the metropolitan area as NSW struggles to contain a coronavirus cluster following a "super-spreader event".

Other states have imposed a variety of restrictions for Sydneysiders, with Western Australia and South Australia shutting their borders completely to anyone from NSW.

To protect the people of NSW from the evolving COVID-19 outbreak, new restrictions will be introduced for Greater Sydney from 4pm today for one week.

A household guest limit of five, including children, and the four-square-metre rule indoors and outdoors were introduced alongside mandatory masks in all indoor non-residential settings, including workplaces.

"The NSW government will not hesitate to go further and harder if we have to," the premier said on Wednesday.

NSW recorded 10 locally acquired cases to 8pm on Tuesday, seven of which were already announced.

An additional 13 cases were reported after 8pm, which will be counted in Thursday's official tally.

Overall, there have been 16 new cases, taking the total number of infections to 31.

Residents who live or work in the City of Sydney, Waverley, Randwick, Canada Bay, Inner West, Bayside, and Woollahra local government areas cannot travel outside the metropolitan area unless it's absolutely essential.

Masks must also be worn to gym classes, which are now limited to 20 people.

Queensland has closed its border to people from Greater Sydney, the Central Coast, Blue Mountains, Wollongong and Shellharbour.

New Zealand has paused its travel bubble with NSW.

A former UK television star has accused actor Craig McLachlan, then 24, of groping her live on air when he was a guest on her popular children's show in 1990.

Jeanne Downs hosted Children's ITV, with her sidekick Scally the puppet dog between 1989 and 1991, and had McLachlan, who'd by that point starred in Neighbours and Home & Away, on the show.

They were live on air for about two hours together.

"Part way through the show, we were all in mid-conversation live on air," Ms Downs said, reports the ABC.

"Suddenly, Craig forced his hand right under my bottom and pushed hard into my private middle area. I was wearing black leggings which were made of fairly thin material. The strong action of his hand under my bottom was very much felt intimately.

"It was only for a second or two and I almost let out a shriek, but I was on live TV and could not do or say anything — this is children's TV and I had millions of little kids watching me.

"It was totally out of the blue and I was so shocked and stunned.

"I turned to him, still speaking, and I feel sure I had a weird, puzzled look, being pretty stunned at what just happened. Craig didn't flinch and just carried on as normal, as though nothing had happened."

McLachlan has told the broadcaster the claim is "false, uncorroborated and never the subject of a complaint".

John McAfee, the creator of the McAfee antivirus software, has been found dead in his cell in a jail near Barcelona, a government official has confirmed.

Hours earlier on Wednesday, a Spanish court issued a preliminary ruling in favour of his extradition to the United States to face tax-related criminal charges.

John McAfee, the controversial antivirus software magnate who'd had multiple recent run-ins with the US law, has died at 75. McAfee was awaiting extradition in a Spanish prison after being charged with tax evasion in the United States last year. https://t.co/pxpdiLV3uv

Security personnel at the Brians 2 penitentiary near the northeastern Spanish city tried to revive McAfee, who was 75, but the jail's medical team finally certified his death, a statement from the regional Catalan government said.

The statement didn't identify the US tycoon by name, but said he was a 75-year-old US citizen awaiting extradition to the country.

He was wanted on tax-related criminal charges that carry a prison sentence of up to 30 years.

- New Zealand officials have raised the COVID alert level in Wellington after it was confirmed an Australian doctor with COVID-19 spent the weekend there.

- More than a hundred staff at a US hospital have either quit or been fired for refusing to get the coronavirus vaccine.

- Britney Spears is expected to address a judge overseeing the conservatorship that has controlled the pop star's money and affairs since 2008.