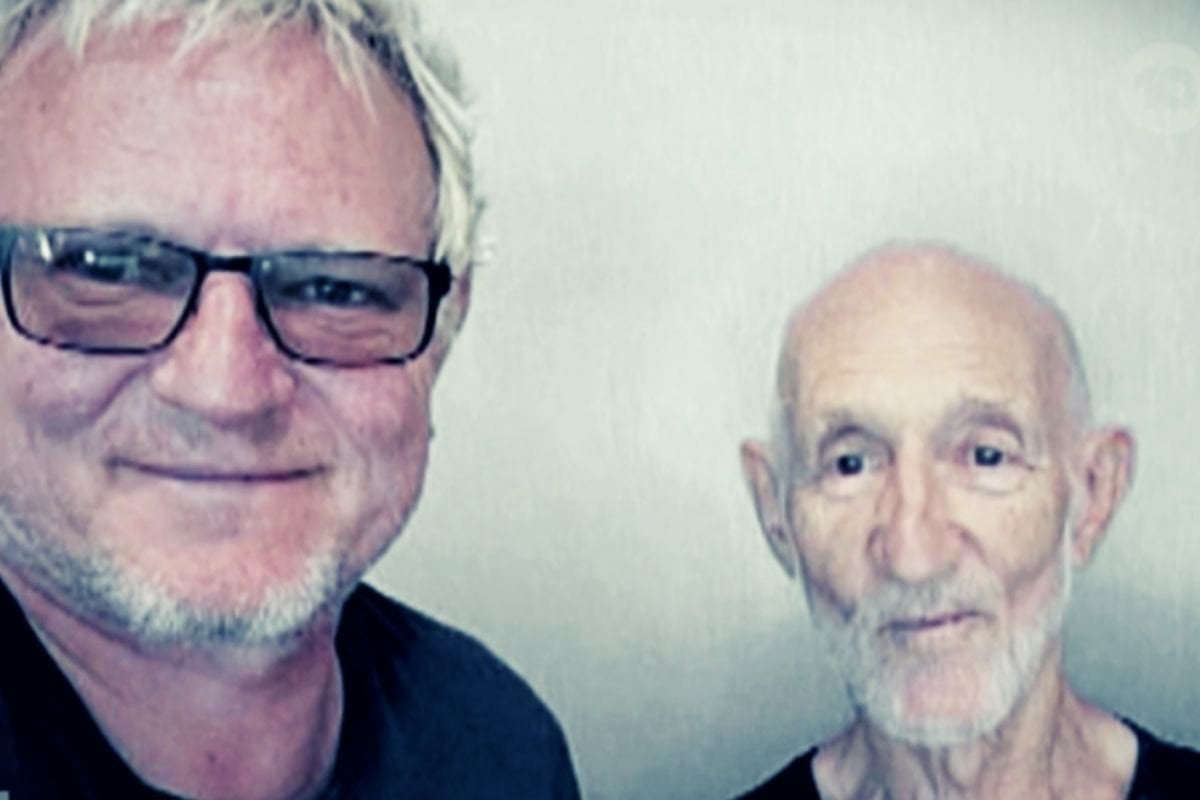 He is dying from pancreatic cancer, and at just 44kg, he has days left to live.

His son Mark, and daughter-in-law Anneli, are desperate to see him and say their goodbyes. 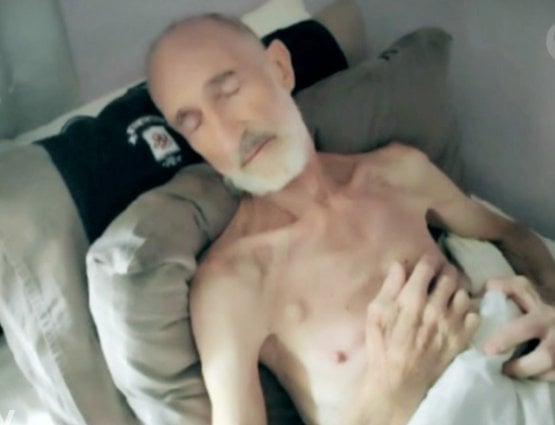 Frans Kilian, 80, has days to live. He just wants to see his son. Image: Ten.

They flew all the way from Los Angeles, and are currently in quarantine in Sydney begging to be let over the border.

They've already paid for a $15,000 charter flight that's waiting to whisk them from NSW to the Gold Coast.

They've both been fully vaccinated since April, and have returned two negative COVID tests.

But despite exemptions from both the federal and NSW governments to travel into Australia, the Queensland government is refusing them access. They've been knocked back four times already, and time is running out.

Frans' heart is broken. He was hoping to have his son by his bedside, holding his hand in his final days.

Instead, Mark is staying in touch via Zoom, despite being a one-hour fight away. As he told The Project on Sunday night, he's watching him "fade away a little every day".

Every day Frans asks for an update, and every day Mark has to say "it's not happening, but we're fighting".

"We've been met with the same cold-hearted response time and time again," he said.

The Queensland government keeps telling them they present a health risk to the Queensland community. They've offered no solutions. No hope.

A Melbourne couple barred from seeing their newborn son for a week after his emergency birth in Brisbane went through something similar. They too weren't shown any mercy. Any compassion.

First-time Australian parents Moe and Sarah Haidar flew into Queensland on May 26 after spending four years in Qatar. Days into their quarantine stay, complications arose and Sarah was rushed to hospital. Moe wasn't allowed to join her.

Sarah never saw their son either, because doctors whisked the newborn away before removing the curtain that concealed her line of sight from the C-section operation, before returning her to hotel quarantine.

Australian couple Moe and Sarah Haidar are yet to hold their newborn after he was born during their time in Brisbane hotel quarantine. https://t.co/6QOzrvPdhT

Again, both were fully vaccinated. Both had tested negative to the virus.

One family missing out on the precious, irretrievable first moments of life, while another prepares to miss the last.

We all understand the fragility of the global situation, and the risks the virus presents to the Australian community. But is this what we've become? Keeping parents from their newborns and sons from their dying fathers? If these pleas aren't worthy of an exemption, what is?

As The Project host Peter Van Onselen pointed out on Sunday, "the Queensland politicians can’t hide behind the health advice on this. They have the right to make exemptions, and they do it all the time. The Premier gave herself an exemption to get access to the Pfizer vaccine to be able to go to the Olympics. She gave herself that exemption. They give exemptions to diplomats to go and travel and quarantine at home."

The entire panel shared their disgust during an emotional interview with Mark and Anneli, calling their treatment by the Queensland government "disgusting" and "heartbreaking". 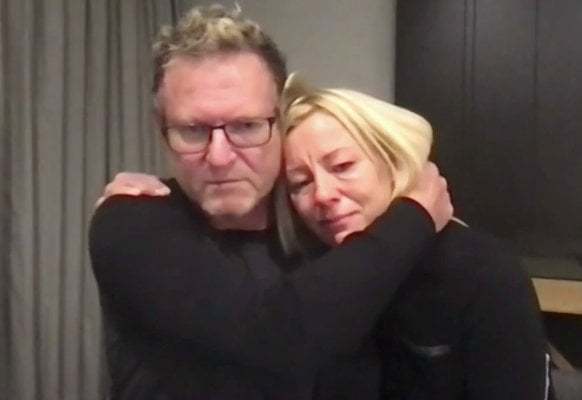 What are exemptions for, if not this? Image: Ten.

"What are you doing?" asked host Lisa Wilkinson. "This has got shades of the Biloela family about it. An intractable decision, that when you look at everything that they’re prepared to do, Queensland Health is completely absolved of any issues. Wearing Hazmats, chartered flights, just to say goodbye to the father."

In his dying days, when he has the energy to talk, Frans is trying to think about what's next. He told his son the family should look into cremation in NSW, so they can at least attend his funeral.

Frans should be sharing memories with his family in his final moments. Not fighting the government.

You can sign the petition requesting a travel exemption for Mark and Anneli, here.

Reply
Upvote
1 upvotes
What a disgrace Premier especially if you go to the Olympics should be an enquire.
L
lulu88 a year ago

Reply
Upvote
1 upvotes
How on earth is Australia going to cope when Covid-19 becomes part of every day life...it is here to stay for years to come...there will always be cases.  And PS - the vaccines actually do work!
G
guest2 a year ago