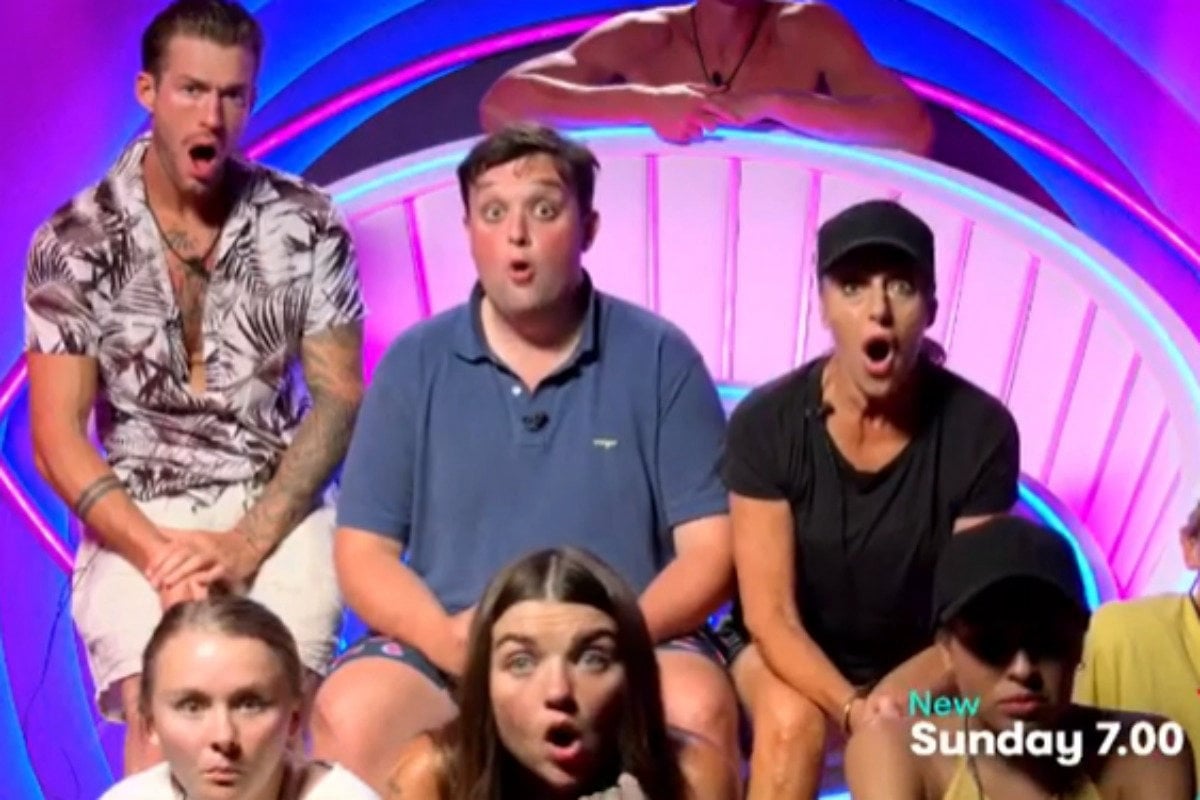 1. "The game will be suspended." Everything we know about the Big Brother COVID-19 lockdown.

Last night, we were given our first look at the Big Brother house in lockdown.

In a promo for Sunday night's episode, contestants were told about the COVID-19 pandemic as a crew member was tested for the virus.

"A Big Brother crew member has been exposed to a person who has tested positive for COVID-19. The decision has been made to pause the game," host Sonia Kruger explained at the start of the video.

While sitting in the diary room, the housemates were told the competition would be immediately halted.

"Big Brother has been made aware that a crew member has come into contact with a confirmed coronavirus case. The Big Brother house will be placed in lockdown, and the game will be suspended."

Earlier this year, the show’s production company Endemol Shine Australia shared that the staff member's test results had come back negative, and they could resume production, in a statement to TV Tonight.

"The test result for our Big Brother crew member believed to be exposed to COVID-19 has come back negative. We will resume filming Big Brother tomorrow and will continue to work within all Federal and State guidelines.”

Shane Vincent, who was recently evicted from the house, told Daily Mail about how he found out about COVID-19 in the house.

"We didn’t know anything about what was going on in the outside [world], we were sitting in the backyard one day and you know the skywriters, they were above us and writing like 'stop [the] F1'," He told the publication.

"And the next day, a skywriter came up and wrote, 'wash your hands' in the sky. And we were like, 'wash your hands? What is going on out there?' A couple of days later, we had a meeting, and they told us about COVID-19."

Big Brother will continue on Sunday at 7pm on Channel Seven.

Crawford, who played Nate Archibald on the show, and Badgley, who played Dan Humphrey got together as part of Variety‘s Actors on Actors series.

Now, 13 years on from Gossip Girl's premiere, both actors said it's been a while since they last sat down to watch the show.

"I haven’t seen it in so long. It would be very interesting to watch it now," Badgley said. "Have you seen it recently?"

"Buddy, you have to strap me to a gurney and pop my eyes open like Clockwork Orange. But no, it would be interesting to see the first couple maybe," Crawford replied.

Badgley, who now stars on Netflix’s You, explained that he used to watch the show with his now wife Domino Kirke.

"It must’ve been six months after we met. She had never seen it, and that’s the last time I can remember seeing an episode."

"I remember even then, it has nothing to do with the show, but it was very hard to watch. These snapshots o﻿f yourself when you’re 20, 21, 22 years old. Who can enjoy that? Sometimes it’s just uncomfortable."

3. In the space of just one year, Sia has become a mother and a grandmother.

Australian singer Sia has just shared that not only did she become a mother this year, she also became a grandmother.

You're about to look more put Together with this lens (p.s. don't forget to tag Sia when you use it 😏) - Team Sia

Back in May, the 44-year-old announced that she adopted two 18-year-old boys as they were ageing out of the foster care system and in need of a home.

"They were aging out of the care system. They have until they're 21, but they were both 18 when I adopted them," she explained on SiriusXM Hits 1′s The Morning Mash Up.

She then went on to explain how the US foster system fails the children in it.

"I'm a little bit jaded now after investigating the foster system as much as I have done in the last year. It's failing us. Not in my experience, in my sons' experience. They've been in 18 different locations in their 18 years. Started out as a pretty massive roller coaster. They told me one thing, I discovered another. But I just stayed really like a kind of Al-Anon Ninja. I just kept really strong boundaries."

And now, only a few months later, she has shared that one of her sons has had two babies.

"My youngest son just had two babies. I'm just immediately horrified. No, I'm cool. They call me 'Nana.' I'm trying to get them to call me 'Lovey,' like Kris [Jenner]. I'm like, 'Call me Lovey,'" she shared.

4. Hairspray’s Nikki Blonsky has come out as gay in the most glorious video on Tik Tok.

13 years after hit musical Hairspray was released, Nikki Blonsky, who played Tracy Turnblad in the film, has come out as gay. And, she did it in quite possibly the most glorious way.

Two days ago, Blonsky uploaded a video to TikTok of her dancing to Diana Ross' song, 'I'm Coming Out'.

"Hi, it’s Nikki Blonsky from the movie I’m Gay!" she captioned the post.

And she didn't stop there.

A day later, she uploaded a colourful image to her Instagram sharing the same announcement.

For those of us unfamiliar with the world of YouTubers, the video platform and its celebrity culture is a strange, intimidating land.

Basically, all we know is there is a lot of drama and sometimes that drama (remember James Charles and Tati Westbrook?) goes beyond the YouTube bubble and enters the consciousness of well, everyone else. 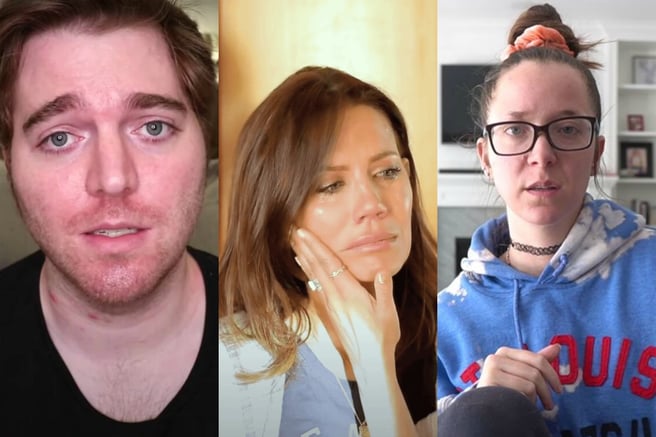 Fans and social media users have dug deep to the depths of old YouTube, podcast and Twitter content to find offensive, racist and disturbing incidents that are now popping up all over the internet.

In the last couple of weeks many different YouTubers, including some of the platform's biggest names, have apologised for problematic content from their pasts, either on their own accord or after being prompted.

The names Jenna Marbles, Shane Dawson, Jeffree Star and Tati Westbrook in particular, have been all over social media recently. We've broken down each of the issues surrounding these names, plus a few more.

You might recognise this name from the time she created what was one of 2019's best feuds, and Tati Westbrook is back baby, to take part in one of 2020s too.

On Wednesday AEST, Westbrook uploaded a video to YouTube titled 'Breaking My Silence', a 40-minute tell-all throwing her ex-mates Jeffree Star and Shane Dawson well and truly under the bus.

Last week, Dawson denied that she was behind her 2019 drama with James Charles. But in her video, Westbrook said it was in fact Star and Dawson that orchestrated the whole thing, because they were "bitterly jealous" of Charles' success.

For more on the YouTube 'reckoning', read our earlier article here.