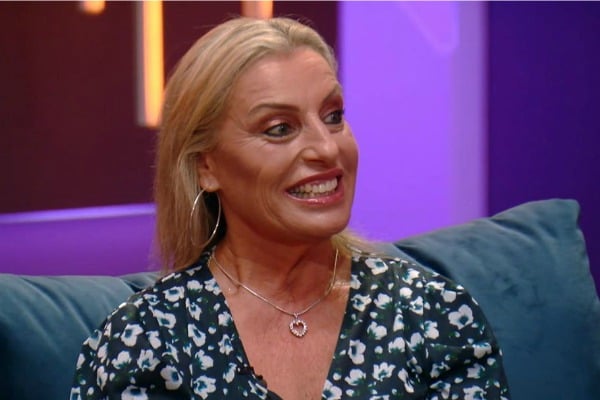 Yikes. It looks like recently evicted Big Brother housemate, Marissa Rancan, has let slip two of the contestants who make it to the final three.

The 61-year-old told Hit 106.9 Newcastle’s Nick, Jess and Ducko on Monday night that viewers would be "surprised" by the contestants who made it in the final three.

"Big Brother always gives us twist and turns and throws us curve balls so I think Australia will be surprised who is at the pointy end… Kieran might be there," she said.

Talking strat with @kierandavidson1998. 🤓 I’m getting really worried now, it’s a pressure cooker in here and I’m not really sure if I can even trust Kieran! 🤨 #BBAU

"[So the final three is Keiran] and Dan… so who is the third one?," presenter Nick Gill asked.

"I’ll let you guess that…[but] we need some girl power," she hinted.

The clue pretty much gives away that the top three are Kieran, Dan and a female contestant – either Sophie or Sarah.

The reality TV star was then asked if Sophie was the mystery female contestant. But this time she didn't give anything away.

With a week to go until Bachelor in Paradise, it looks like one of the show's contestants may already have a boyfriend. And it's another reality TV star.

Keira Maguire, who is set to appear on the upcoming season, has been seen out and about with Love Island's Matthew Zukowski.

The pair were photographed walking along Melbourne's Tan Track in May, according to the Daily Mail.

This isn't the first time 34-year-old Keira and 24-year-old Matthew have dropped hints about their supposed relationship.

According to the publication, the pair have shared similar Instagram photos of themselves at the same venues over the past few months. However, some of these photos have reportedly since been deleted.

HAPPY ⛄️ Can you believe this is my first time seeing snow ❄️

When asked in the comments where in Australia she was, Keira replied "Hotham".

Matthew also shared a similar photo over on his Instagram, and tagged the location as Mt Hotham.

So it’s official I love the snow!

While nothing been confirmed just yet, the photos suggest that Keira may not have find love on Bachelor in Paradise after all.

3. "It became a toxic environment." Kourtney Kardashian on stepping back from KUWTK.

Kourtney Kardashian has finally opened up about her decision to step back from Keeping Up with the Kardashians after 14 years of filming, and it's just about as drama-filled as you would expect.

"I have been filming the show non-stop for 14 years… I was feeling unfulfilled and it became a toxic environment for me to continue to have it occupy as much of my life as it was," Kourtney told VOGUE Arabia.

"Privacy is something I have come to value and finding that balance of private moments with being on a reality show is hard."

Viewers have become accustomed to Kourtney's issues with privacy after the show aired a physical fight that broke out between her and her sister, Kim, in March.

"People have this misconception that I don’t want to work, which isn’t true. I am following my happiness and putting my energy into that which makes me happy," she continued.

The 41-year-old is the eldest of her sisters and hopes to spend her time focusing on her lifestyle website, Poosh, as well as raising her three kids.

"It’s not a positive environment for me to want to be in everyday when I feel like they’re so critical of me.

"Every day I’m coming in, I’m like, 'Why am I choosing to be in this environment?' And I think I just reached my point of not being able to tolerate it anymore."

In VERY important news, The Masked Singer Australia is returning to Channel 10, and this is exactly what 2020 needed.

Although Channel Ten are yet to announce a premiere date, we can be expecting it soon, with 12 new singers and 12 new masks.

The global sensation that took Australia by storm is back for 2020 and whilst we can’t tell you much, here’s a taste of what to expect. Which mask will you be barracking for? The #MaskedSingerAU returns to 10 soon.

Earlier this year, Beverley McGarvey, the Chief Content Officer for ViacomCBS Australia, spoke to news.com.au, and shared it was a show "made for lockdown".

"If there was ever a show made for lockdown, it was this. People are in masks anyway," she joked.

Plus, with international borders closed, top Aussie celebrities are back in the country and as McGarvey hinted at, potentially free for filming.

"There's a lot of [high-profile] people in Australia at the minute who normally wouldn't be because everyone's come home to hunker down," she said, adding that they have booked some "very exciting celebrities".

5. Last night, Soma Sutton dared to question the judges on The Voice. It did not go well.

On Tuesday night's episode of The Voice Australia, contestants Soma Sutton and Stephanie Cole competed against each other in a playoff.

During the playoff, Soma sang Brandy and Monica's 'The Boy Is Mine', which included a rap segment that she wrote herself, while Stephanie revamped Robin S's 'Show Me Love'. 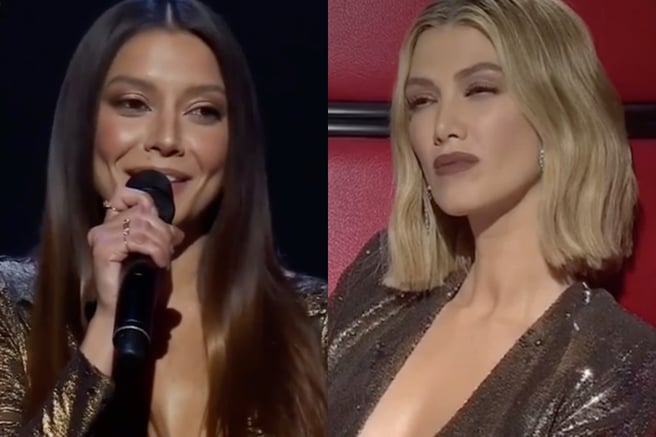 Although both women sang their heart out, Guy Sebastian (whose team they were both on) chose Stephanie as the winner.

"Thank you so much for your honesty and seeing more in me than I see in myself sometimes," Stephanie said before exiting The Voice stage.

Then, Guy turned to Soma and explained why he chose Stephanie over her.

"Okay well, the thing about that is, I didn't even really want to come on the show in the first place," Soma responded.

"I was convinced to come here, to be here, and stand here, and do this in front of you, and it is disheartening."

For more on Soma's comments on The Voice, read our earlier article here.