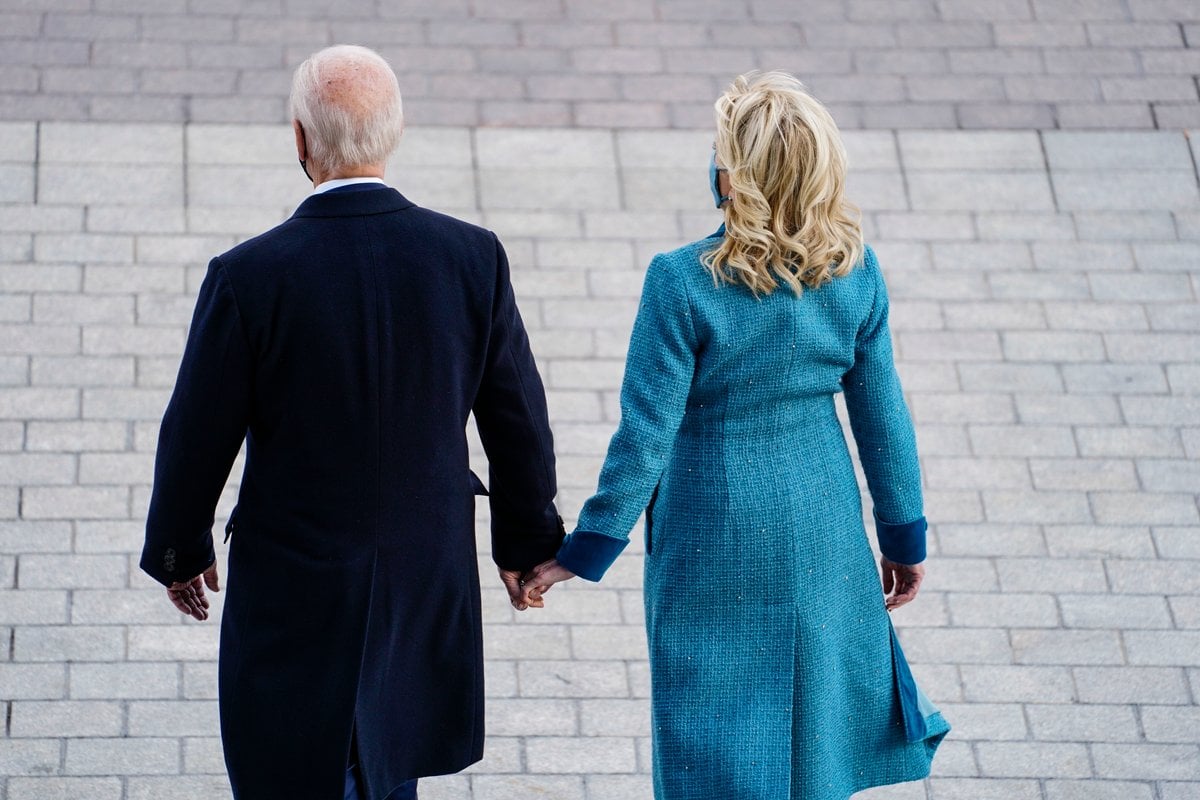 President Joe Biden has been sworn in as the leader of the United States, his election win in November kicking his predecessor, now a FORMER president, out of the White House and also - hopefully - out of daily, play-by-play headlines.

Trump hinted at a comeback as he said farewell to Washington, while breaking tradition to avoid the inauguration ceremony of the new President Biden.

Trump told his cheering, chanting supporters that he'll be watching and listening from a distance.

"We will be back in some form."

But enough about him. He's gone.

America has a new leader and reactions are flowing in from around the world. Ranging from sighs of relief to celebratory fist bumps, here are how people responded to Trump's eviction and welcomed President Joe Biden and Vice President Kamala Harris.

He seems like a very happy old man looking forward to a bright and wonderful future. So nice to see! pic.twitter.com/G8gObLhsz9

Congratulations to President @JoeBiden and Vice President @KamalaHarris on your inauguration.

The Australia-US Alliance has never been more important. I wish you both every success for your time in office and look forward to working closely with your new administration.

Congratulations to my friend, President @JoeBiden! This is your time. pic.twitter.com/LXzxGnBAfz

To @JoeBiden and @KamalaHarris.
Best wishes on this most significant day for the American people!
We are together.
We will be stronger to face the challenges of our time. Stronger to build our future. Stronger to protect our planet. Welcome back to the Paris Agreement!

And thus...the globe breathed a sigh of relief.

Congratulations, @JoeBiden, on your inauguration as the 46th President of the United States. Our two countries have tackled some of history’s greatest challenges together - and I’m looking forward to continuing this partnership with you, @KamalaHarris, and your administration.

A dove carrying an olive branch. May we all make peace with each other. pic.twitter.com/NGbgKM9XiC

Sooooo much work to do. But TODAY I want to celebrate. And pray. And revel in our tremendous power (even against all odds) to make history happen.

and it ends just as it began pic.twitter.com/lJWSm1EC5C

It’s a new day in America.