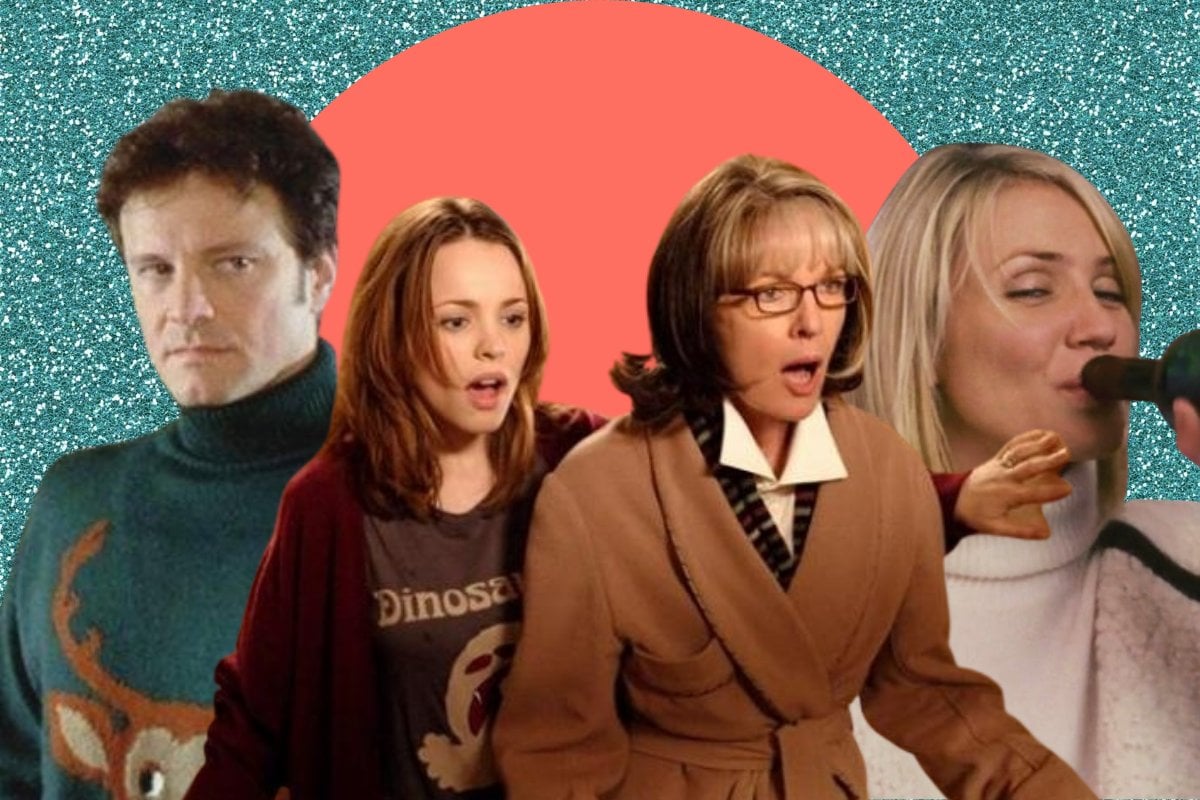 There's something so comforting about curling up to watch a romantic comedy at Christmas.

I'm not talking about the Netflix rom-coms in which princesses are constantly... switching places, and big city girls keep returning to their hometowns to fall in love with single dads who own Christmas tree farms.

I'm talking about the classic romantic comedies. The rom-coms from the late 90s and early 2000s that have burrowed their way deep into our tired little Christmas hearts.

The rom-coms that make Christmas feel like Christmas. And make all the end of year fatigue, family dramas, and ongoing decline of the human race feel.. better. 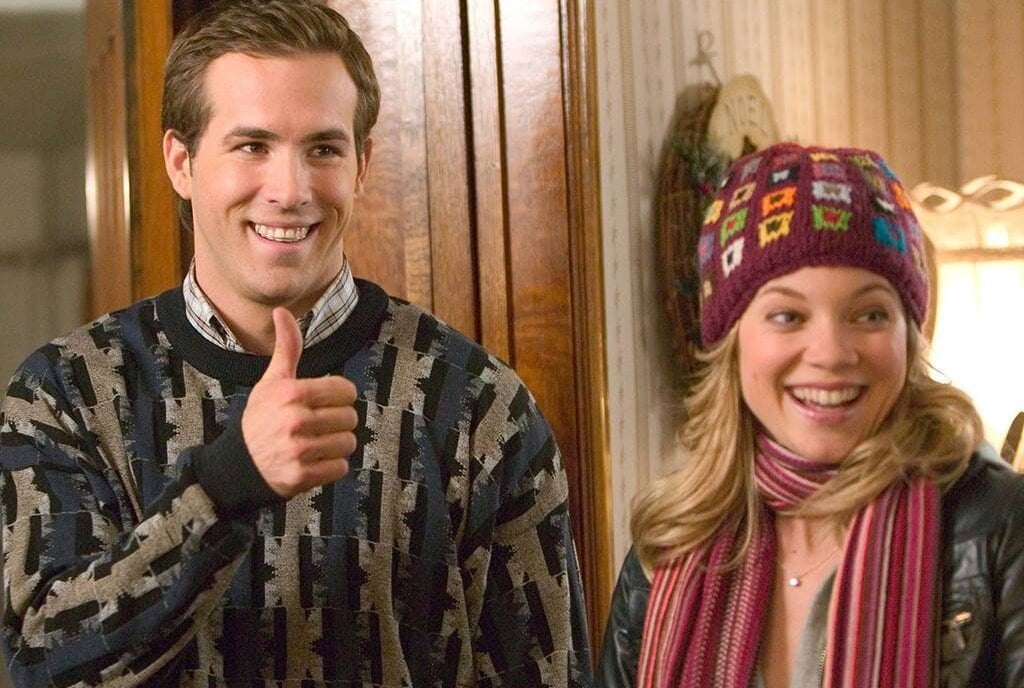 This is a very silly movie featuring Ryan Reynolds in a fat suit, as was the custom back in the day.

Will it ever rival The Holiday in terms of prestige Christmas rom-coms? No. But is it a good way to spend 90 minutes when you've eaten too much pav and want to get away from your aunty with the annoyingly high pitched voice? Yes. Yes, it is.

The movie follows Chris (Reynolds) who was overweight as a teenager but is now a high flying successful New York type. Chris returns to his hometown over the holidays and runs into his former best friend Jamie (Amy Smart), who rejected him in high school.

Look, you can see where this one is going already.

It's basically every sh*tty Netflix Christmas rom-com but in... reverse.

And it's quite funny and charming. 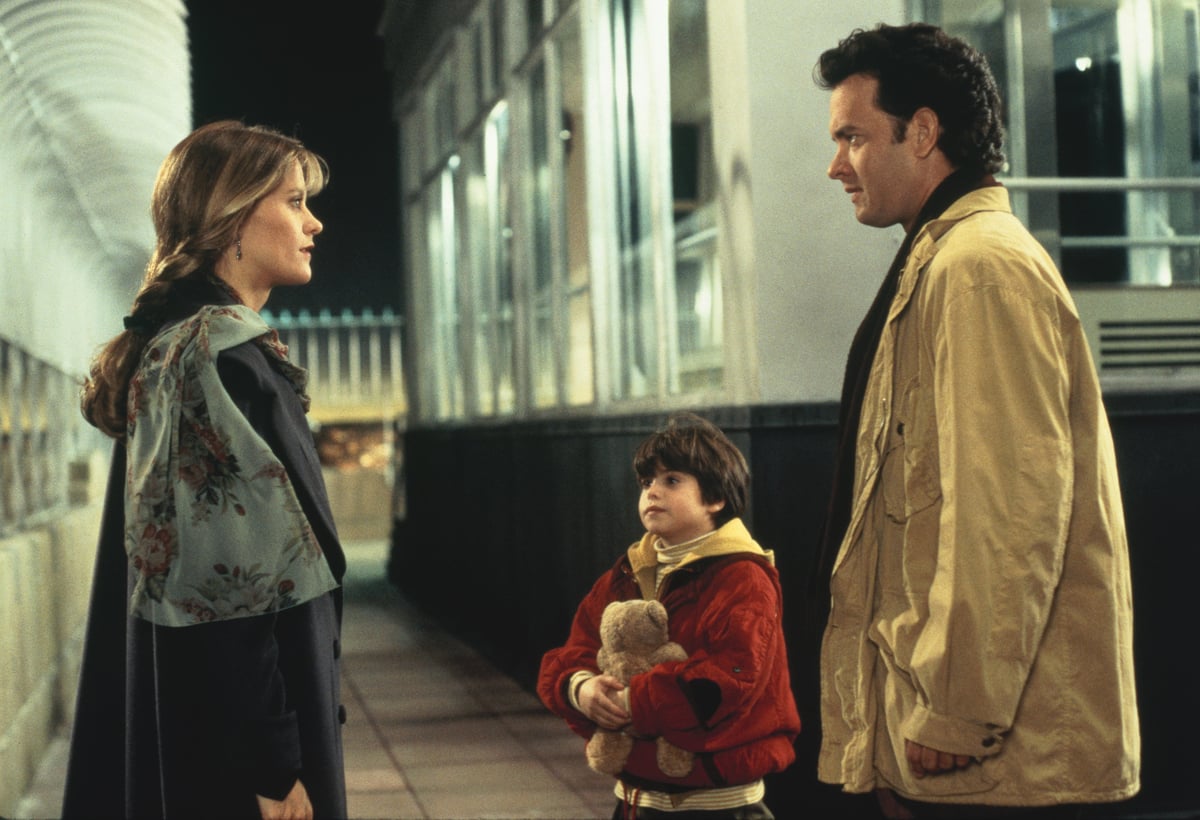 Sleepless in Seattle is one of the best rom-coms of all time and I won't hear otherwise.

Is it a ridiculous storyline? Yes. It is corny at times? Yes. But does it make you believe in taking chances? It sure does!

The 1993 film follows the story of Sam Baldwin (Tom Hanks), who loses his wife to cancer and moves his young son Jonah to Seattle for a fresh start.

One night, Jonah calls into a radio talkback show to talk about how lonely his dad is. The radio host convinces Jonah to put Sam on the line and millions of women across America fall in love with him.

One of those women is Annie Reed (Meg Ryan), a Baltimore Sun reporter who is driving home from Christmas dinner at her parents' house when she tunes into the radio station.

Annie later convinces her editor to let her travel to Seattle to track Sam down. Like a stalker.

All of this happens between Christmas and Valentine's Day which means... it's a bloody Christmas movie!

7. While You Were Sleeping 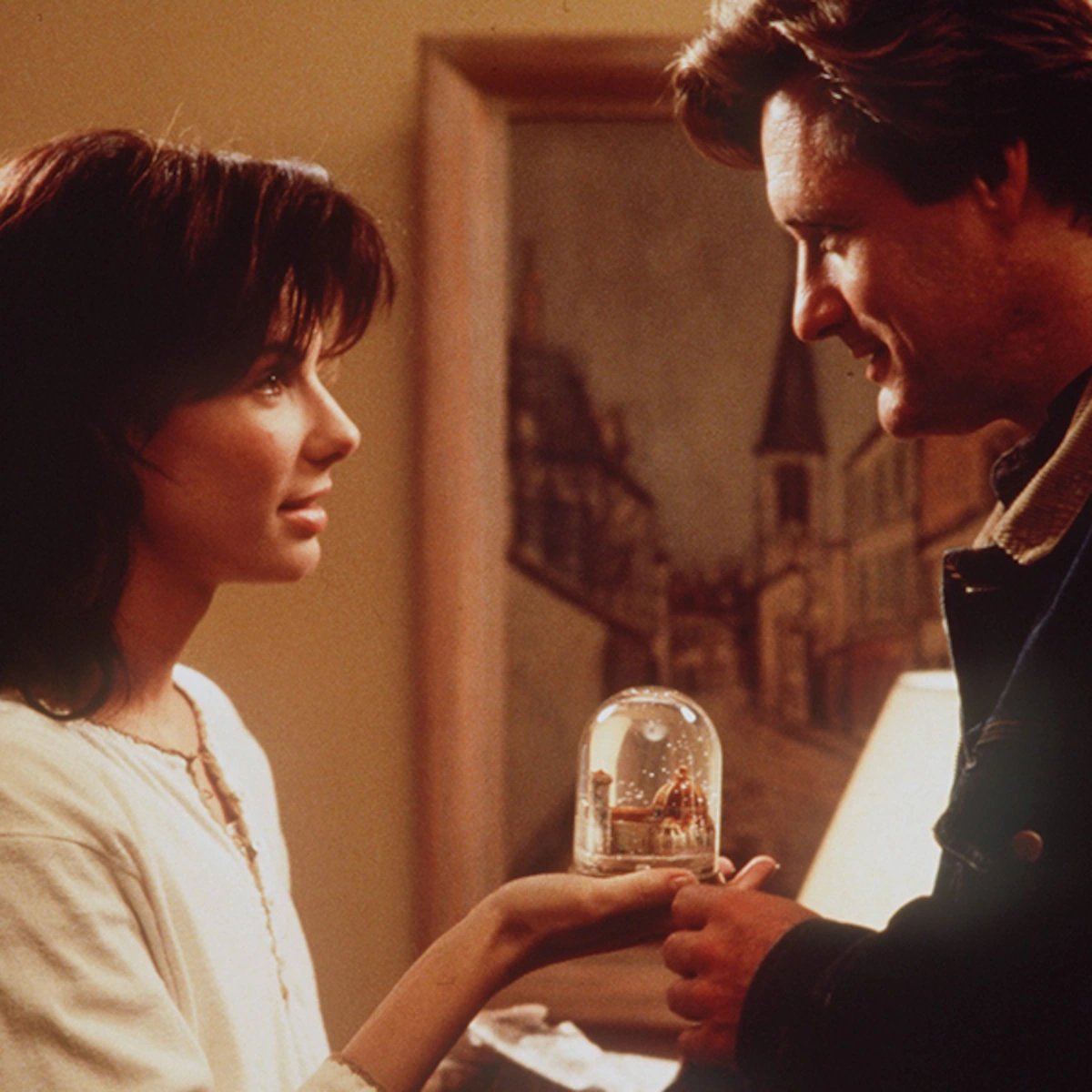 While You Were Sleeping is an underrated gem.

It follows the story of Lucy (Sandra Bullock), a Chicago Transit Authority token collector, who is obsessed with a man named Peter (Peter Gallagher with the good eyebrows) who buys a ticket from her every morning.

When Peter is attacked on Christmas Day and thrown onto the train line, Lucy saves his life and accidentally leads his family to believe that she's his fiance.

While Peter is in a coma, Lucy gets to know his loveable family, and starts to fall in love with his brother, Jack (Bill Pullman). 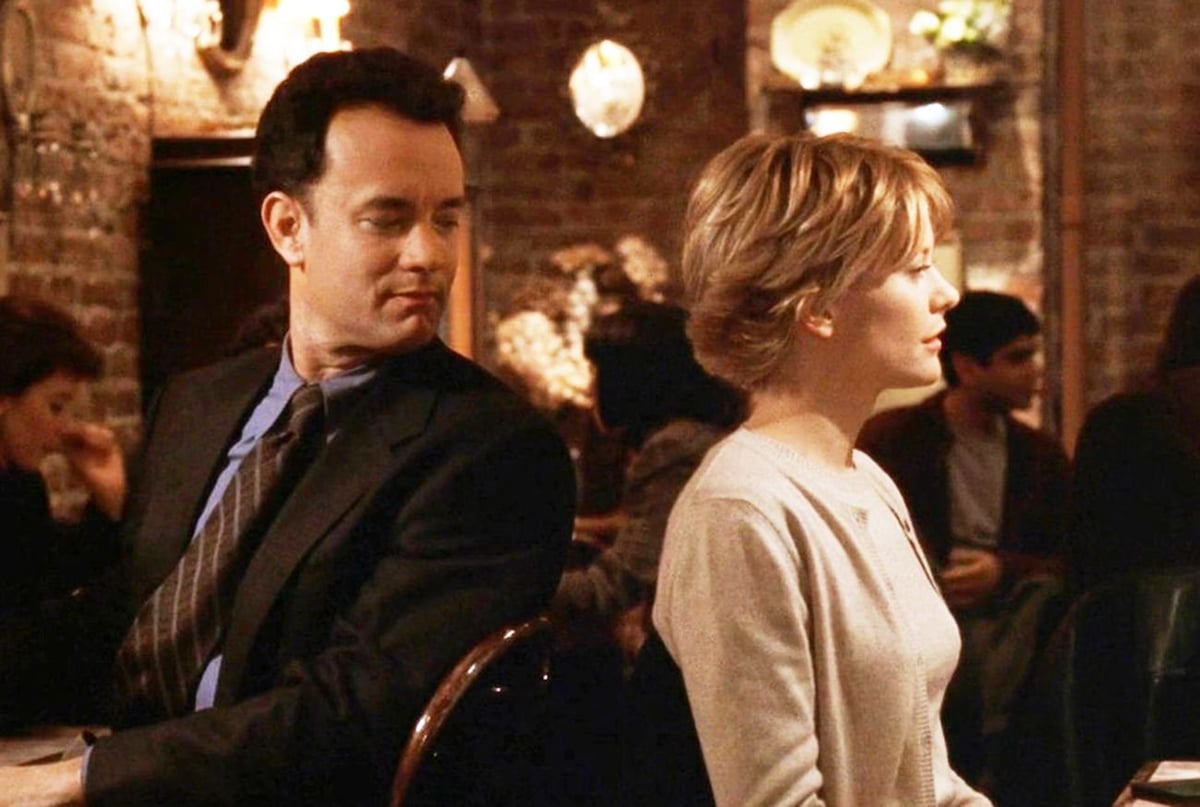 You've Got Mail is screenwriter Nora Ephron at her best.

The 1998 rom-com follows the story Kathleen Kelly (Meg Ryan) an independent bookstore owner who is in a relationship with a guy who she thinks is... fine.

While in an internet chat room (remember those!) she meets a user named NY152. They hit it off immediately but Kathleen has no idea NY152 is Joe Fox, the heir to the Fox Books, the mega bookstore that is opening up across the road from her shop.

Yep, it's another movie with Meg Ryan and Tom Hanks slowly falling in love with a Christmas backdrop. Honestly, we need more of these.

You've Got Mail is a movie about opposites attracting and how sometimes the worst thing possible can actually be a blessing in disguise. Which is a message we all need to hear this year. 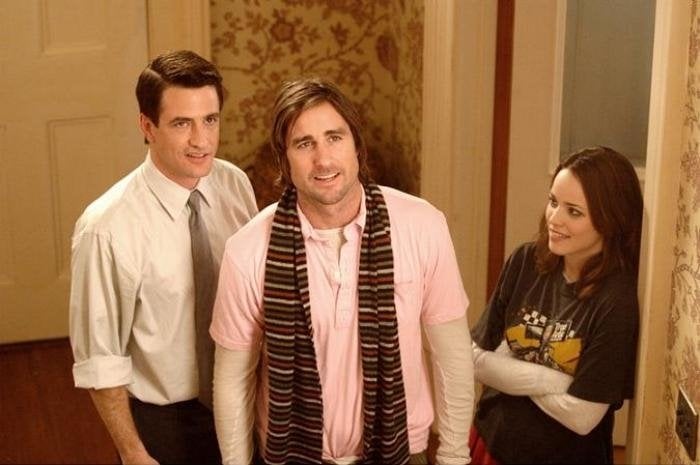 This movie is seriously underrated.

His family hate Meredith, except for his brother Ben (Luke Wilson) who manages to bring out her fun side.

The Family Stone is a story about family, love, loss and finding out who you really are underneath all the layers. 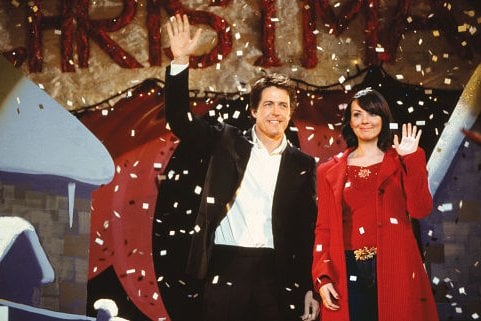 Look, controversial I know, but I'm only putting Love Actually in the number four spot because it's so iconic and it has some really fun moments.

But as a Christmas rom-com, it actually sucks.

Most of the characters are terrible people. The fat-shaming is off the charts. Everyone seems to be a stalker. And although the airport scene at the end never fails to bring a tear to my eye, it only serves to momentarily distract me from the fact these people... suck.

Read more: From Karl to Harry: A definitive ranking of the worst people in Love Actually. 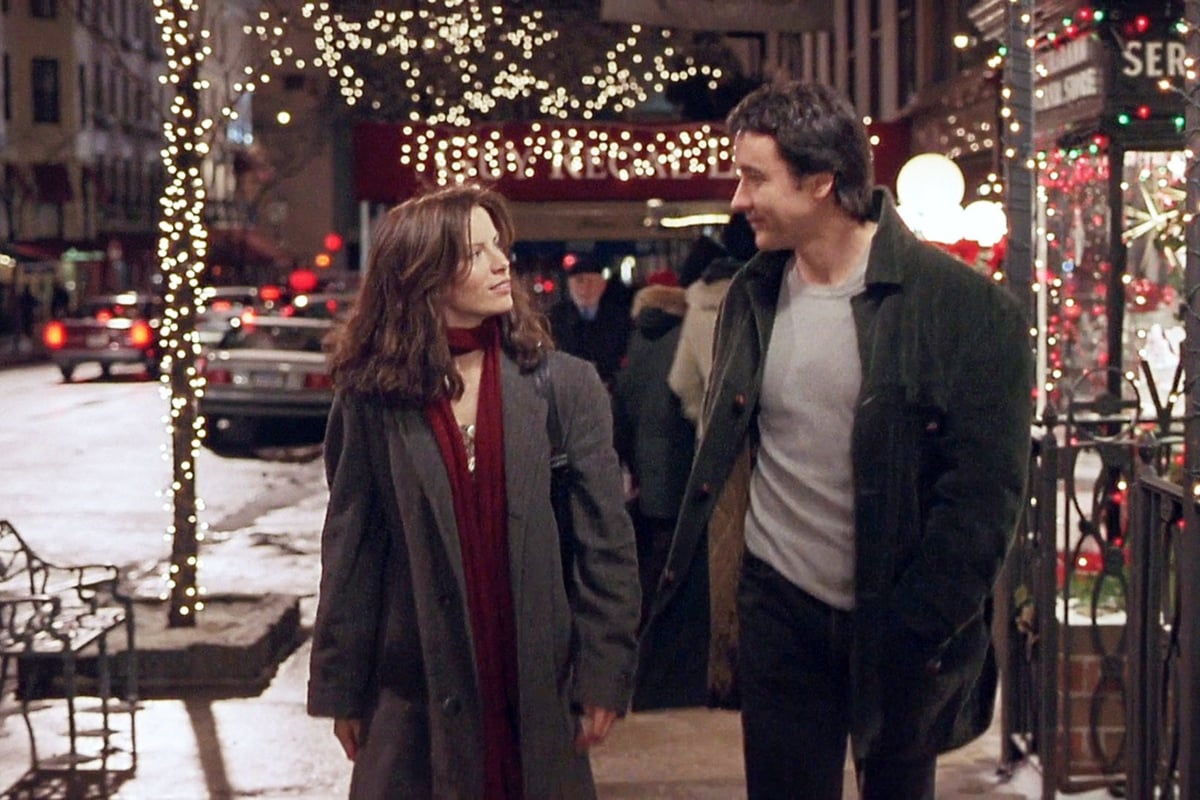 Set in New York in the late 1990s, the movie follows the story of Jonathan Trager (John Cusack) who meets a woman named Sara Thomas at Bloomingdales when they attempt to buy the same pair of gloves.

They're both in relationships but their mutual attraction leads to them having a coffee at a nearby coffee shop named Serendipity33.

At the end of the night when Sara gives Jonathan her number, the piece of paper is blown away in the wind. She interprets it as a bad omen.

She writes her number in a copy of Gabriel García Márquez's Love in the Time of Cholera and says if Jonathan finds the book and the number, they're meant to be.

A few years later, when a newly engaged Jonathan is back in New York, he goes on a quest to find the book.

The rest is, as they say is... serendipity. 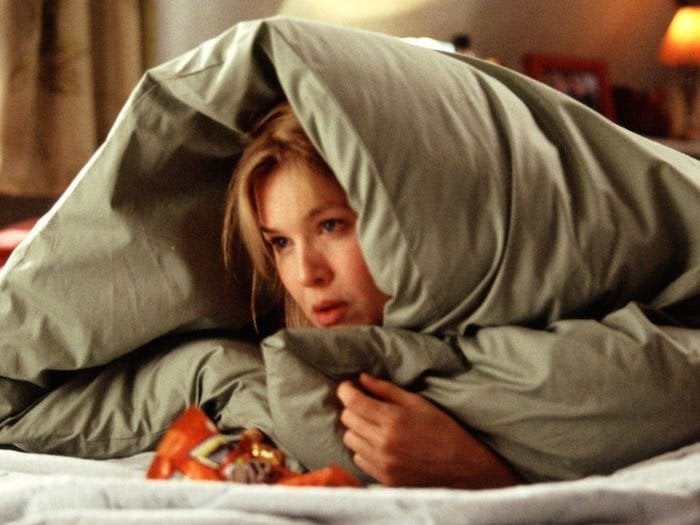 Look, is Bridget Jones's Diary strictly a Christmas movie? No? But do they wear silly little Christmas sweaters and bookend the movie with Christmas and New Year? Yes, they do.

And that's enough for me to crown Bridget Jones's Diary the second best Christmas rom-com of all time.

If you look back at Bridget Jones's Diary through a 2021 lens, you'll find a lot of problems with it.

First of all, this skinny, blonde, traditionally attractive woman is constantly being criticised for her weight and her looks.

She's incredibly successful and owns a flat in London at 30 but everyone thinks she's a loser. And the men she's focused on chasing are... a bit sh*t actually.

But Bridget Jones captures that messy time in your early 30s when you think everyone else has what you want and that you'll never achieve your idea of the "perfect life".

It's also a movie about realising that perfect life doesn't exist and that sometimes the messiest bits are the best bits.

Plus, it's really bloody funny.

Every single time I watch The Holiday, I tear up when it gets to the scene where Arthur tells Kate Winslet's Iris that she's acting like the best friend when she should be the leading lady of her own life.

I SHOULD BE THE LEADING LADY OF MY OWN GODDAMN LIFE, DAMMIT. 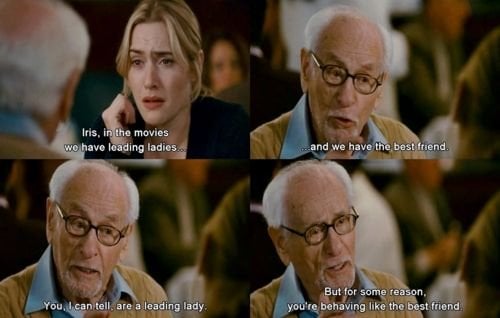 This is just one of the bits of wisdom from this Christmas-themed rom-com that has stood the test of time.

The chemistry between the four leads, the Arthur of it all, the fact that this movie can be mushy and sentimental one minute, unbelievably wise the next, and laugh out loud funny after that, is the reason it remains one of the best rom-coms of all time.

And it's hands down the best Christmas rom-com (sorry, Love Actually) of all time.

F
fightofyourlife a month ago

Reply
Upvote
Serendipity is so underrated but likewise You've Got Mail is so overrated. I was mostly bored by it, honestly.
M
missc a month ago

Reply
Upvote
I’m not sure why people are so harsh about Love, Actually. Can someone tell me where the fat shaming bit is too?

Reply
Upvote
@missc I think it's how Natalie keeps getting called fat, which would be bad enough if she was actually fat, but seems even more rude when she's actually pretty normal sized. Plus a lot of people find the bit where Andrew Lincoln's character is in love with his best mates wife a bit creepy and stalker-y, rather than romantic.
S
simple simon a month ago

a bit creepy and stalker-y, rather than romantic.

Ummm, isn't that basically every second rom-com? (But because it's a pretty boy and a pretty girl, it's all so sweet and romantic.)

Reply
Upvote
1 upvotes
@simple simon yeah, true. Like all movies, rom-coms are not a good representation of how things work in real life!