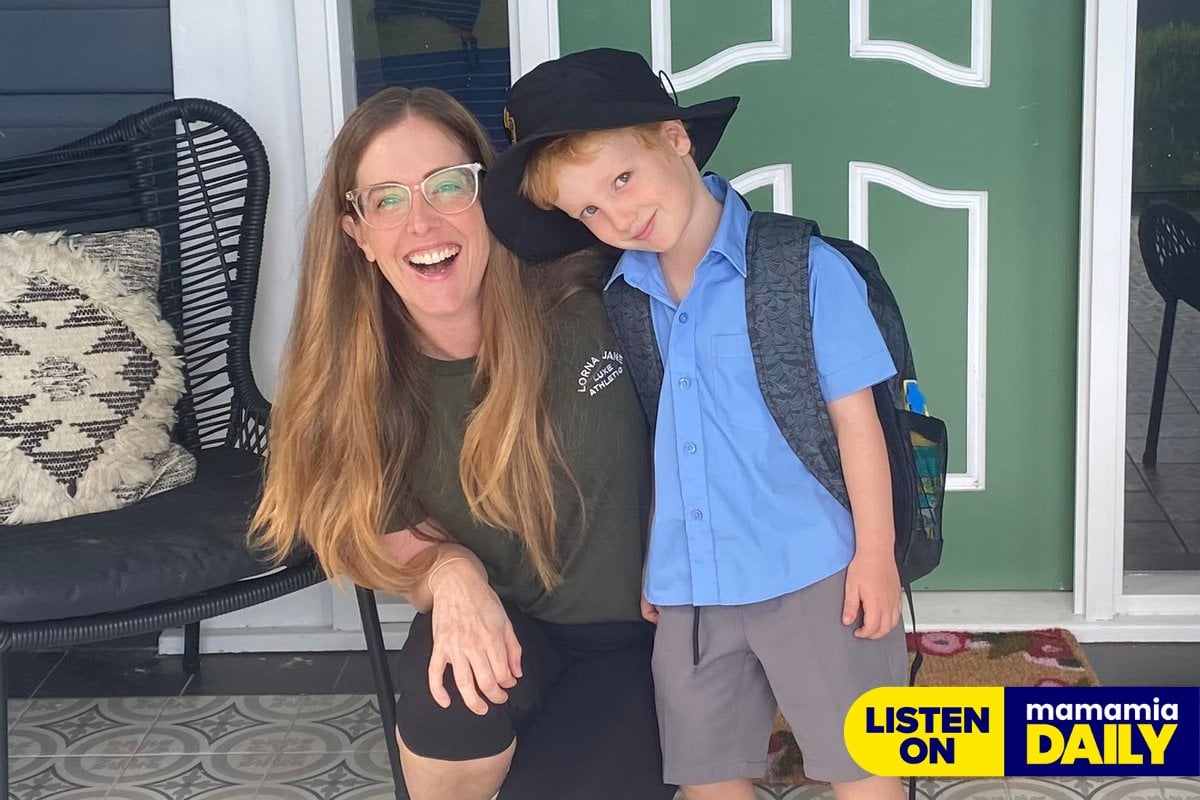 Listen to this story being read by Laura Jackel, here.

Speaking at a breakfast event this week, NSW Education Minister Sarah Mitchell told guests she had "a goal" to raise the age children start primary school from five to six.

While my youngest son Leo started school at age four and 11 months, I think her idea has merit.

Mitchell's statement comes less than two months after a major educational reform announcement by the state governments of New South Wales and Victoria on creating an extra year of pre-kindergarten or pre-prep, that will be freely available for all children.

According to an article in The Sydney Morning Herald, Mitchell said she hoped that by increasing the school starting age to six, it would reduce the big age gaps and ability levels that teachers currently deal with in classrooms around the state.

The addition of the free year of pre-kindergarten would also help to deal with exorbitant child care costs that can cause parents to send children to school as early as possible.

"A lot of parents will send their children early because they can, and overwhelmingly it’s not because they’re so bright and ready to go. It’s because it means they don’t have the extra cost of early childhood," Mitchell said.

While we 'chose' to send Leo to school at age four, it wasn't an easy choice. But it would have been easier if like Mitchell says, we 'recalibrate' the whole system.

In the UK where I grew up, there is a fixed age for children to start their first 'reception' year of school.

There is no debate about when and if you send your children to school, as you must send them to school in the year they turn five. There will of course always be an age gap depending on when your child is born, but a fixed starting date evens out the larger disparity between age, income, and ability.

But unlike my British friends, as a parent of two boys aged 11 and five in NSW, my husband and I spoke at length about when to send our kids to school and our boys' birth months, personality types, and ability levels factored into our decision.

For our eldest son Toby born in September 2010, it was an easy decision. In 2016, he started school at age five and five months, which was fairly average for his year group.

With Leo, born six years later in February 2017, the decision about what year to send him was much harder.

According to current information on the NSW Government website: 'Children can start Kindergarten at the beginning of the school year if they turn five on or before July 31 that year. By law, all children must be in compulsory schooling by their sixth birthday.'

While Leo was well within the government's official cutoff, plenty of parents and private schools use March birthdays as their cutoff, meaning Leo was right on the cusp of what many deem acceptable. In fact, we were told or 'advised' frequently when he was a toddler that we should hold him back to start school in 2023.

We looked at the research and had many discussions about what would be best. I felt so anxious about the decision, especially considering how the pandemic affected two years of schooling, but we sent him this year and his first day was just three weeks before he turned five.

As his parents, we felt he was academically and socially ready and his early education teachers supported our decision. There were also other factors at play; Leo was a rainbow baby born years later than we planned to have our second child because of multiple miscarriages.

The fact we had this one chance to send him to school for a year with his older brother Toby, meant a lot to us and to Leo. I have loved walking to school with them as they chat about their days and discussing when they saw each other at lunchtime. I am hyper aware this is their only opportunity for a shared schooling experience, and I am grateful we get to have it at all.

Despite his February birthday, he is still one of the youngest in his year group, which proves how many parents choose to hold their kids back.

Leo is now thriving at school and we don't regret our decision, but I can understand why so many parents choose to hold their children back.

According to a landmark study by the University of NSW published in 2019, children who started school later fared better.

Study co-author Dr Kathleen Falster said that at that age, every month counts.

"Month on month, there are small differences in kids' development across the age spectrum. When you're comparing an August and December-born child, the difference is pretty small.

This makes total sense. We sent Leo because he was a February baby, but had he been a May, June or July baby, maybe we might have waited.

But holding kids back a year is also a luxury that many parents can't afford as the report also showed that migrant and low-income families were more likely to send their kids earlier.

"Children who were from relatively advantaged families and neighbourhoods, they were more likely to delay school entry," Dr Falster said.

If the school starting age is raised to six, this combined with the provision of a year of free pre-kindergarten or prep for our four- and five-year-olds, could make way for a fixed starting age in Australia.

Not only would this resolve debate, uncertainty, or anxiety for parents making the 'right' decision for their child, but also enable lower income earners to not make their decision based on daycare cost concerns.

Whether Mitchell's goal turns into policy, we will have to see, but it is encouraging to see so much discussion on improving early education for ALL kids, knowing how important those first five years are.

While I believe there are still many issues to solve around juggling school hours with workplace culture, parental leave, and big picture gender equality, the idea of having a fixed school starting age of six (when factoring in pre-kindergarten) is a step in the right direction.

I only hope in years to come that we still think we made the right decision for Leo.

What do you think about raising the school starting age to six? When did you send your child to school? Tell us in the comments below.

Laura Jackel is Mamamia's Family Writer. For links to her articles and to see photos of her outfits and kids, follow her on Instagram and TikTok.

Reply
Upvote
1 upvotes
Interesting article, and interesting comments as well.  I went to school in NZ and began at 5, as did my brother.  But by that stage we could both read and I was also able to write.  Meaning that we were both bored a lot of the time because we had already learned this at home (not forced, but both of us enjoyed reading while I learned to write simply by copying my father.  To this day some of my letters are still written backwards as a result).
My daughter went to school in Ireland and here you begin at 4 (school year here starts September) but I also have a friend who was allowed to let her son begin age 3, his birthday was February so he really was young, but he was also very ready for school academically and socially and was allowed because another year of kindy would have left him very bored.  It seems to be 5 in the UK, I remember a cousin who was really fed up because cousin S lived in Ireland and started school age 4 yet cousin C lived in England and had to wait an extra year.  Both were equally bright and socially level so while S was learning reading, writing, arithmetic and Irish C was stuck in kindergarten basically learning nothing (she taught herself to read and write to keep up with S).  It really does depend on the child.
N
nay30 13 days ago

Reply
Upvote
1 upvotes
I started kindergarten over 20 years ago at age 4.5, born July 30 - exactly 1 day earlier than the cut off date. I begged & cried for my parents to send me to school, and so they did. Unsurprisingly I was the youngest in my year and there was over 1.5 years between myself and the eldest student in my grade. It was a concern by my parents whether they had made the right choice to send me early and talks were had year-on-year about holding me back, but none of my teachers could fault my progress or learning so I continued on with my year group. By High School, there was about 20 of us who started early & were roughly a year younger than most of our peers, and It never caused us any problems. In fact, for the most part I was in the top classes of my year group, never struggled academically or fell behind. I was even awarded course prize (1st) in one of my HSC subjects. In terms of puberty, Children & Adults alike, all learn, grow, and mature differently and at different rates regardless. If your child is ready to go to school, I don't see why they should be held back. It's a decision best made between parents and teaching professionals in the best interests of each individual child.
Resources
Very Peri
Skin
News
General
Opinion
True Crime
Politics
Sport
Explainer
Entertainment
Celebrity
Reality TV
Movies
TV
Books
Rogue
Royal
Lifestyle
Beauty
Fashion
Weddings
Home
Wellness
Health
Fitness
Travel
Food
Family
Before The Bump
Pregnancy
Baby
Kids
Teens
School
Parent Opinion
Work & Money
Money
Finance
Career
Lady Startup