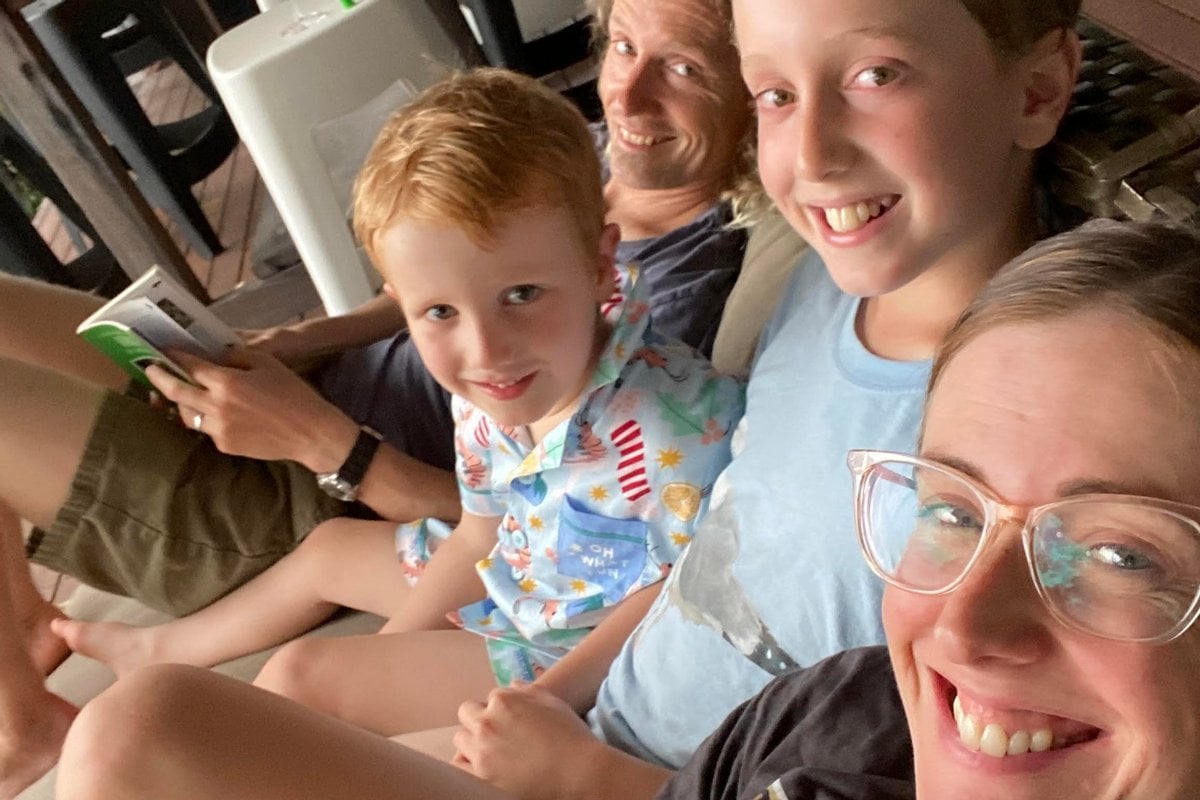 Thanks to billions of dollars' worth of funding, children will have access to 30 hours per week of free play-based learning in the year before they start school.

While it will take a few years to become operational, it was exciting to see two state governments championing early education when research shows a child's brain is 90 per cent developed before they turn five.

As I digested the great news from this announcement and what it means for kids, I also began thinking about what it will mean for parents.

By making early education free for a year, it not only gives our kids the best start, but it removes a financial barrier that holds many mums back from re-entering the workforce.

But what about the other barriers we face, such as short school hours and a lack of flexibility in the workforce?

How will parents who work continue to deal with these challenges?

1. School hours are already an impossible juggle for working parents.

In February 2022, Dominic Perrottet hinted at changing school hours as part of a possible education reform.

With one son in year 6 and one in kindergarten, I will juggle school hours and their incompatibility with my working life for many years yet to come.

Our current school day and the length of school holidays remain the same as they did in the 1930s. Fitting into an era when most mums did not work outside the home and could walk kids to the local school while dad was at work.

Australian Bureau of Statistics (ABS) data from June 2021 shows that in almost 70 per cent of "couple families", both partners were working.

That's a whole different scenario to the 1930s.

If the hours of the future pre-kindy in NSW and pre-prep in Victoria are the same as school hours and yet standard work hours and workplace culture remain the same, who will do this extra year of drop offs and pickups? Will there be holiday care and after hours care as per primary school, or will parents need to negotiate this too?

I wonder if some working couple or solo-parent families will have to make difficult decisions about keeping their kids in the traditional and less affordable daycare environment for the longer hours?

I hope there will be answers to all these questions in time.

As while Dominic Perrottet admitted that short school hours represent a barrier to work for many families, I am not sure that it is truly possible to change them. But recognising they are an issue for working families is at least a start.

Which brings me to the next barrier.

The most recent Australian Bureau of Statistics (ABS) data from December 2021 shows that 40 per cent of Australians work from home.

After two years of pandemic and work from home life, many businesses in 2022 have moved to a hybrid model that includes a flexible mix of working from home and the office. A much more family-friendly option than previous Monday to Friday nine-to-five type structures.

But as Elon Musk demands all Tesla employees get back to their desks or risk being fired, many other employers may follow suit.

And what will this mean for parents with school aged kids who need or want to work and who have benefitted from the increased flexibility brought about by the pandemic?

For many years, I was a freelance writer so I could manage my workload during school hours. My husband, Jules, worked full time.

Listen: The Quicky discusses the impact of the 'flexidus' for women at work. Post continues below.

Even a part-time job with limited holidays and sick days felt impossible. I was happy to have freelance work as an option, but I felt my career prospects, superannuation and future earning potential dwindle as the gap on my resume lengthened.

Mums (and dads) who work outside the home need businesses and industries to offer flexible working conditions as part of a standard employment contract. That might mean a greater variety of interesting part-time roles, or flexible work from home roles with options to take more unpaid annual and parental leave.

Government supported shared parental leave options like they have had in Sweden since 1974 would also help to bridge that gap.

The more that businesses begin to offer and employees ask for flexible conditions, the more normal this becomes and the easier it is for parents to work while caring for their kids.

3. Dads and partners need to step up, too.

Both premiers said the new early childhood education system will "work for women, not against them".

And this is wonderful, but let's for a moment consider the dads and partners as part of the big picture and the role they play in helping this new system to 'work for women'.

In our household, I became the primary carer initially because of maternity leave and then because my husband earned more than me. That gap between our earning potential kept increasing the longer I was out of the workforce.

Expensive childcare was a barrier because I initially thought I should deduct those costs from my salary. But the responsibility of paying for childcare fees was not mine alone, especially because I liked working and I missed it.

After almost a decade out of the workforce, I wanted back in. And while the barriers of school hours remained unchanged, Jules could support me by taking a step back.

He reduced his hours so I might increase mine. I know we are lucky, but I also wonder how many male partners even ask their managers if flexible work is an option after having kids?

Lots of men, I hope, as it can't only be up to mothers to demand flexible work to deal with the school hours juggle?

It sounds so simplistic, but for women and mums to grow their careers, dads and partners might just have to take a step back from work (where possible) too.

Early education reform at this level is certainly a huge and exciting step towards some of our barriers to work being broken.

I want my children and future grandchildren to have the best possible start in life, and also for our early educators to be valued for the amazing work they do.

I want families to have access to quality early education and for mums to participate in the workforce if they choose.

Let's hope the momentum towards an even bigger 'big picture' change keeps building.

Laura Jackel is Mamamia's Family Writer. For links to her articles and to see photos of her outfits and kids, follow her on Instagram  and TikTok.

Reply
Upvote
We have free 3/4 year old kindy in WA, but it’s not full time. Was this not available in NSW and VIC previously- or have they just changed it to full time now? My kids loved it, a fantastic fun preparation for full time school with all their friends.
M
mamamia-user-565691129 14 days ago

Reply
Upvote
1 upvotes
Can we please discuss the belief that learning only happens when a child is in school?  The number one thing a child needs to understand before they enter the 13 years of formal education is that their parent loves them, believes in them, and is interested in them.  That can only be taught by spending time with them, something that people seem determined to see as a burden that gets in the way of working.
D
daijobou 14 days ago

Reply
Upvote
1 upvotes
@mamamia-user-565691129 There needs to be a balance though. I don’t think a preschooler needs to be 24/7 in the constant care of one parent to know love. Part time kindy is totally appropriate and beneficial for that age. My children absolutely loved it, my 3 year old who was slightly behind in some areas has just blossomed since starting. Everyday he walks in with the biggest smile he can’t wait to get into the door . It’s being around other adults that truly care for them and being able to make friends and be independent in a playful, nurturing and safe setting. I do think full time would be too much for him though.
C
cat 13 days ago