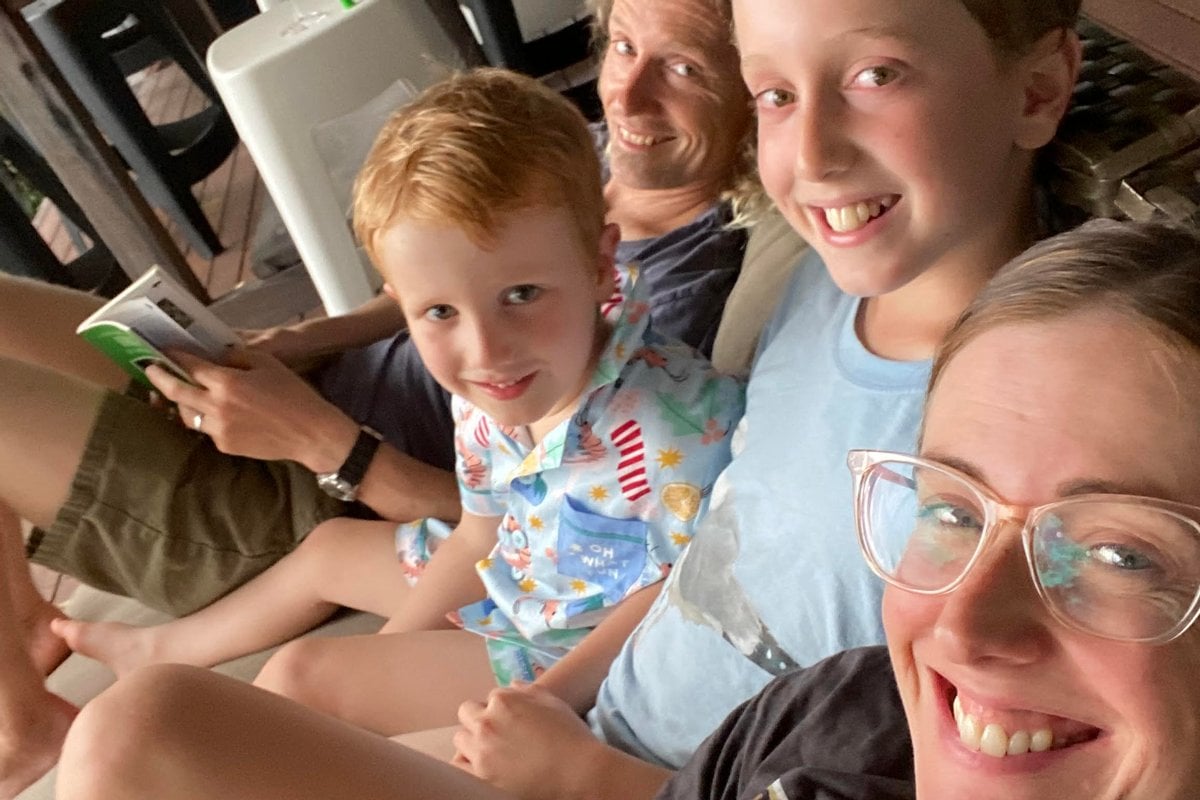 When my eldest son Toby turned five, I remember asking my sister-in-law what she did with her two older boys after school each day at 3pm.

I had not given much thought to what the working parents of primary school aged kids had to do in order to make their lives work.

My brother-in-law worked full time and my sister-in-law had a flexible job that she could mostly fit in around the school day. I remember her telling me how a mix of friends with kids the same age and grandparents also occasionally stepped in to help if needed. Care came from a few different sources and she just kind of made it work.

As I have learned since 2016 when Toby started school, this is the case for many families. A bit of this and a bit of that, with help from family, paid after school care, and a LOT of juggling.

While I had managed a 9-5 office job during Toby’s daycare years, I decided it would be easier to stick to freelancing once he began school.

Yes, there were after school care options where I put his name down, but the wait list was long and I was not a priority. As my husband Jules had a secure, full-time job, it felt like the best and most appropriate choice for my family.

But looking back now, was it really a choice?

I felt guilty about wanting to work more because I already had my freelance work during school hours, and wasn’t that enough? But I also felt frustrated at having to dial down my career aspirations and superannuation earning potential in order to allow our family to function inside the regulation school day.

And the standard regulation school day does not easily allow for parents to work if this is what you need - or choose - to do.

According to an article by The Conversation, the reasoning for our contemporary school hours and school holiday structure is contentious, but has existed in its current form for nearly a century.

This was an era when most mums did not work outside the home and could walk to the local school to drop off and pick up the kids while dad was out at work.

As flexible working conditions and daycare options have developed to suit a multitude of modern family structures and circumstances, school hours and the length of school holidays remain mostly the same as they did in the 1930s.

Yes, before and after school care and vacation clubs are available in most towns and cities in 2022, but for many parents, the reality is that places are limited - and costly.

Susan, a working single mum whose son is about to start kindergarten, has been juggling his care for the six-week holidays and is now coming to terms with the lack of available places at her local after school care provider.

"The summer holidays have been a challenge, and I have had to use a mix of annual leave and help from my sister to get through it," Susan said.

"The added challenge of the pandemic hasn’t made it any easier either as the few playdates I had set up have been cancelled as many of my friends and their families deal with having COVID."

The lack of options for after school care when kindergarten begins on February 7 is a huge concern for Susan.

"As soon as bookings for our local OOSH opened in 2021(for the 2022 school year), I rang to put my son’s name down. However, I was told he was on a waiting list as they were already full.

"Even as a single working mum and a priority case, they said he should expect to have a place 'sometime in the first couple of school terms'. Apparently there are a lot of families with competing priority needs."

Susan was told she could call each week to see if any kids were away sick, so her son could access a casual spot.

"I want to keep my son’s new school routine as structured as possible, so the idea of random casual days just won’t work for us. I have asked my boss if I can work flexible hours across the week and my mum is travelling from out of town to help on one day.

"I feel guilty and frustrated and I am also upset and embarrassed that I have to ask for so much help. I honestly don’t know how other people do it."

Susan is far from alone.

Listen to This Glorious Mess, Mamamia's twice-weekly look at parenting as it really is - confusing, exhausting, inspiring, funny, and full of surprises. Post continues below.

I have read many similar stories on community forums and heard the same stories of mixed care juggling from friends. Waiting lists for the official care facilities, desperate phone calls to grandparents and friends to cover gaps in care, or trying to juggle working hours around short days.

Then there are the never ending feelings of guilt and shame when the wheels fall off; which they invariably do when trying to manage so many competing priorities.

I’ve been there and I know exactly how it feels.

There’s the guilt at being late to the 3.20pm pick up and seeing your poor child waiting alone in the playground. There is also the guilt at having to leave work early to beat the school traffic.

These are very common feelings for working parents, but when we carefully consider that what we are being asked to do is impossible, should they be?

School hours and corporate working hours are simply not compatible - there is at least a two-hour gap that needs to be filled and there’s no real official acknowledgement that this even exists.

Many parents tell themselves they can 'go back to work when the kids' start school' but this might depend on what your partner does and how much childcare they can take on as well as the hours you work, the flexibility of your employer, and other available care options.

The combination of technology and working from home during the pandemic has perhaps allowed parents the ability to negotiate flexible hours that better suit school hours. Many good employers have chosen to adapt policies and make lives easier for working parents.

But I’m not sure that all the pressure should be on parents, families and workplaces to adapt to a century old school structure when little consideration seems to have been given to why we still operate on a six-hour school day, and a 12-16 week school holiday calendar.

I certainly don’t have the answers.

I am not suggesting that hardworking teachers need to work more, or that schools are at fault, but perhaps more after school care options are required, or a full re-think of how the school system and corporate world could co-exist more fluently for the benefit of modern working families.

According to the NSW Government, since June 2019, more than 124 new Before and After School services (BASC) have opened, which is good news but clearly not enough as mums like Susan can attest to.

In our household, my youngest son Leo is also about to start kindergarten. I am lucky to have a partner who has a flexible job where he can end his working day at 3pm in time for the school pick up on the days I work.

Most families I know are not in this situation and if like Susan, you are currently calling around for that prized place at a local after school care facility, or are negotiating with grandparents and friends for help with care, know this: You are not crazy and you should not feel any guilt.

You are doing your best in the current system and after all the impossible tasks we’ve had to navigate these last two years as working parents, it shouldn’t be science fiction to imagine that big questions could be asked and big changes could be made.

Do you think that school hours need to change? Or do you think parents should be able to make it work. Tell us what you think in the comments below.

Reply
Upvote
I had this problem 30 years ago. Obviously nothing has changed. In the 1930' s kids had chores after 3pm and walked a long way home so 3pm finish left enough  daylight to get home. Life is different now and schools should 'get with the program'. Perhaps schools can hold the after school.programs, and allow children to rest if they want.
C
cat 4 months ago