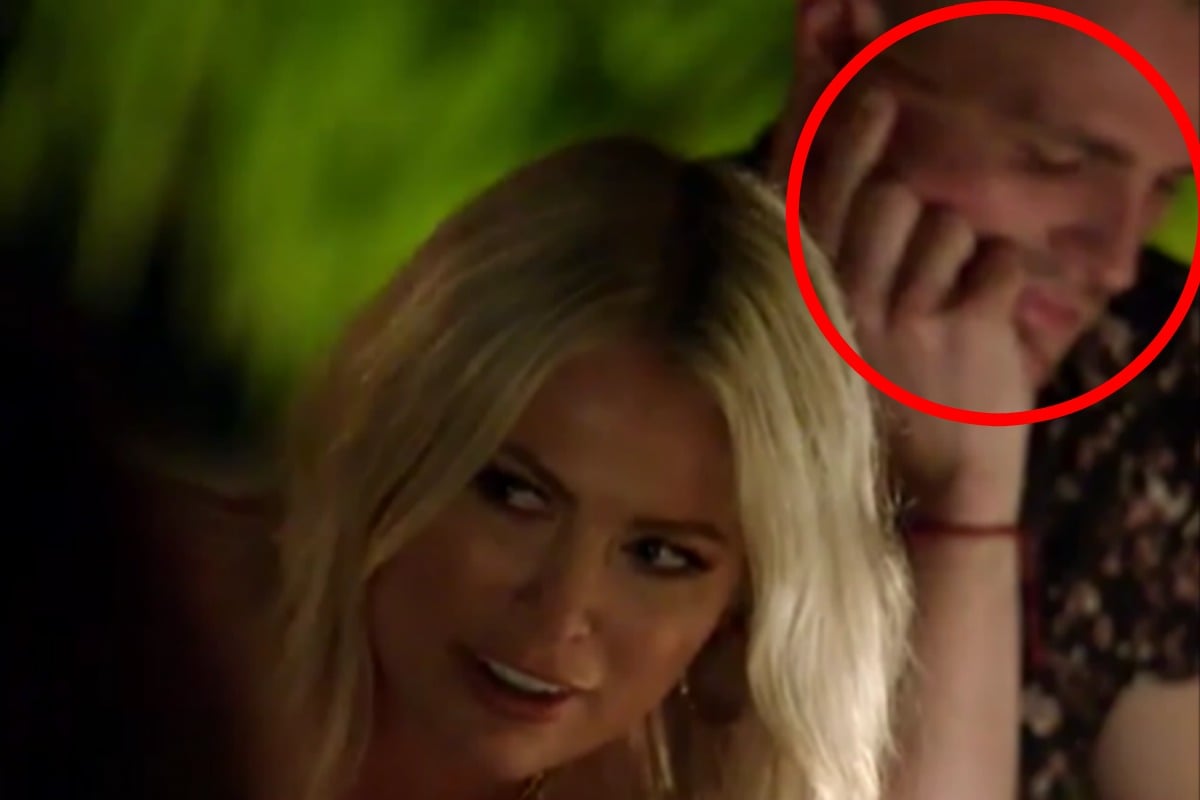 1. Everything we know about the three rumoured intruders entering Bachelor in Paradise.

Hold on to your cocktails! It looks like three new intruders might be entering Bachelor in Paradise. And unlike the rest of the cast, they're not from the Bachelor universe.

According to the Daily Mail, the three men previously applied to be on The Bachelorette, but didn't end up making it through the audition process.

So far, fans have speculated that Hobart real etstate agent Conor Canning is one of the mystery intruders entering paradise. In the show's promo trailer, a mystery man can be seen wearing a red wristband. 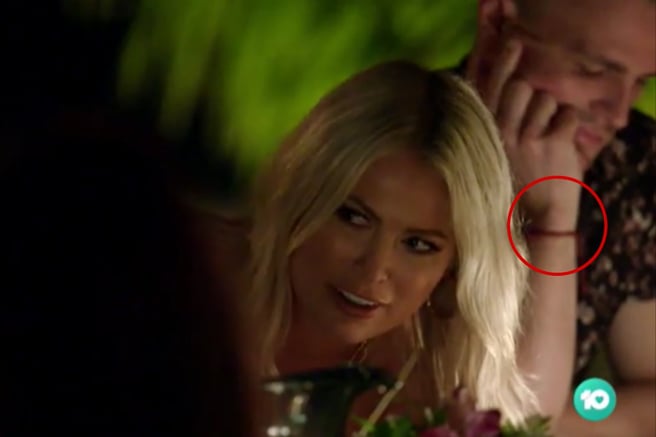 As pointed out by the Daily Mail, Conor also appears to be wearing a similar wristband in a number of his Instagram photos.

Health, family, love, kindness and prosperity. My mantra for 2020 despite the challenges. Big things coming in the second half of the year 🙏 #hobart #tasmania

It's also speculated that aircraft engineer Timmy Lindy will be joining the show. Timmy is currently being followed on Instagram by the other rumoured intruders and Jamie Doran, the Daily Mail reports.

Construction worker Chris Gilleland is also believed to be another intruder and is apparently followed by other Bachelor in Paradise cont﻿estants, including Brittany Hockley, Jamie Doran, Jake Ellis and Niranga Amarasinghe.

According to New Idea, the intruders didn't exactly receive a warm welcome from other cast members.

"We had no idea who they were when they walked in. They thought that bringing in three random guys would rattle our cages; they wanted us to feel threatened," a male contestant supposedly told the publication.

"They couldn't join in our conversations because they had nothing in common with us. It was awkward," another contestant claimed.

At this stage, nothing has been confirmed, so it looks like we'll just have to wait and see what happens when Bachelor in Paradise returns tonight at 7.30pm on Channel 10.

Grab the napkins. The tea is about to be split.

On Wednesday, the Big Brother finale will air, crowning one of the 20 housemates.

From Angela to Kieran, most of the contestants will be reunited in the live finale, and according to last night's evictee Sarah McDougal, there are a few people who will be trying to extend their five minutes of fame.

One sleep until Big Brother! The housemates face the ultimate Challenges. Five go into Grand Final Week, only one will emerge as your winner. #BBAU tomorrow 7.30 on @channel7.

"I think some of the people who left earlier on in the series are going to try and blow it up to get their 10 seconds of fame," Sarah said in an interview with Daily Mail.

"I think the only people hoping it blows up never had an impact on the game and they're just trying to get back in the spotlight for their 20-seconds," the 19-year-old added

"It's one or two people that are starting all this drama and it's solely for them to get their name back out there."

Kieran, who made it to the top six, agreed, telling the publication he predicts "World War Three" will break out on the show.

3. "I'm still unable to talk about it." What we know about the farmer who "disappeared" from Farmer Wants a Wife.

After a four-year hiatus, Farmer Wants a Wife is returning to our screens next week.

The wholesome dating show was originally supposed to feature six farmers looking for love, however, after the show was paused due to the COVID-19 pandemic, one of the men went missing.

According to Women's Day, 27-year-old Jack Beaton was quietly pulled from production. And when he was asked about what exactly happened, he couldn't give an answer.

"I'm still unable to talk about it," the sheep farmer nervously told the publication last week.

While Jack suggested that there was more to it than just a change of heart, a network representative insisted that they just decided not to use him.

"It's common practice for production to have back-up cast members for many reasons," a Channel Seven spokesperson said.

"Farmer Wants a Wife has had back-up farmers since the first season. If Farmer Jack's situation remains the same, he will most definitely be considered when casting future seasons."

So sadly, when the season premieres on Channel Seven next week, there will only be five men for the ladies to pick from, rather than six.

Farmer Wants a Wife premieres on Sunday, July 26 on Channel Seven at 7pm.

NRL star Sam Burgess has just recalled the time he had dinner with Russell Crowe and Kanye West in London. And it was interesting to say the least.

While appearing on Nova’s Fitzy and Wippa this morning, Burgess explained that him and Russell Crowe were enjoying a dinner together when Kanye West sat down and joined them.

"We were just sitting there having dinner, and the drinks were flowing as usual as when we’re together, me and Rusty," Burgess began explaining.

"Kanye just walked in the room and sat down. I didn’t think it was Kanye at the start because he was so small. I couldn’t believe it."

He then explained that Kanye got out his laptop and began showing him his latest Yeezy designs and then... called him poor.

"He was showing me the new Yeezy stuff that he’d designed. He’d just been at Paris Fashion Week," he said.

Burgess also explained that this dinner was just before Kanye's new song 'Four Five Seconds' was released. And when Kanye began playing the song for them and Burgess started singing along... well, he was far from impressed.

"I was pretending to like it and I was signing along to it, totally wrong, out of tune, offbeat, different words. I was having a good old time but I think I must have offended Kanye somewhere," he laughed.

It was at this point that Kanye left. Yikes.

5. "It was suffocating." Sophie Cachia on why she now leads a more private life.

Sophie Cachia carved out a career for herself in the social media sphere, where she shared every detail – from the minute to the momentous – with her thousands of loyal followers.

Known as one of Instagram’s original 'mummy influencers', the Melbourne mum-of-two quickly grew a following when she launched her blog The Young Mummy, after giving birth to her first child, Bobby, at 22 years old. 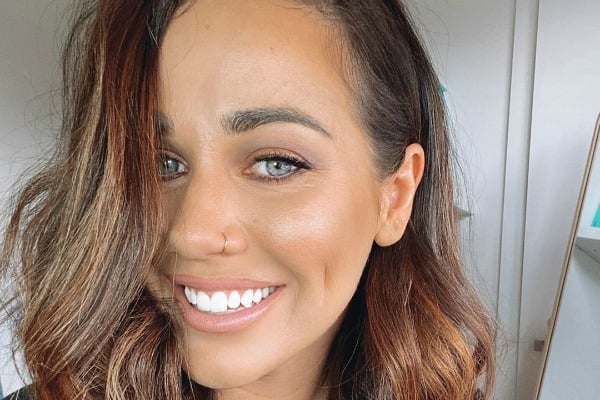 In September last year, Sophie announced she was separating from her husband of four years, former AFL player Jaryd Cachia.

In an interview with Mia Freedman on the No Filter podcast, Sophie shared she now intends to lead a more private life with her new partner, Alanna Kennedy.

Alanna, who is an Olympic soccer player, plays for both the Matildas and Orlando Pride in the US National Women’s Soccer League. The pair made their relationship public in March this year.

"I had previously been so open with every facet of my life. Every little intricate detail, and I had a partner at the time who was okay with me doing that. And then when you're going through changes... I was going through such a battle, so much turmoil," Sophie reflects.

The now 29-year-old says that period of great uncertainty in her personal life was characterised by a lot of self-reflection. Sophie began questioning the life and identity she'd built for herself.

For more on Sophie Cachia's life away from the spotlight, ﻿read our earlier article here.