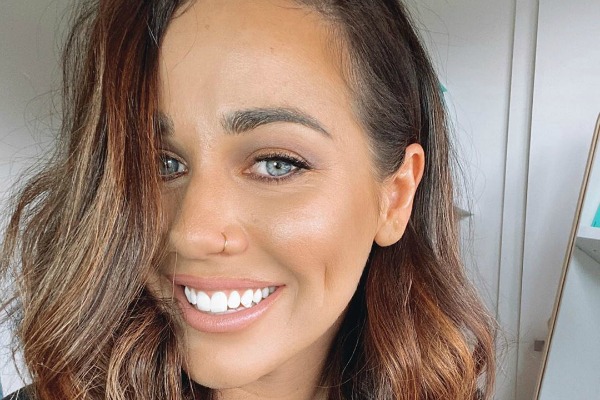 Sophie Cachia carved out a career for herself in the social media sphere, where she shared every detail – from the minute to the momentous – with her thousands of loyal followers.

Known as one of Instagram’s original 'mummy influencers', the Melbourne mum-of-two quickly grew a following when she launched her blog The Young Mummy, after giving birth to her first child, Bobby, at 22 years old.

In September last year, Sophie announced she was separating from her husband of four years, former AFL player Jaryd Cachia.

In an interview with Mia Freedman on the No Filter podcast, Sophie shared she now intends to lead a more private life with her new partner, Alanna Kennedy.

Alanna, who is an Olympic soccer player, plays for both the Matildas and Orlando Pride in the US National Women’s Soccer League. The pair made their relationship public in March this year.

"I had previously been so open with every facet of my life. Every little intricate detail, and I had a partner at the time who was okay with me doing that. And then when you're going through changes... I was going through such a battle, so much turmoil," Sophie reflects.

The now 29-year-old says that period of great uncertainty in her personal life was characterised by a lot of self-reflection. Sophie began questioning the life and identity she'd built for herself.

She continued: "When I started this whole Instagram I was 22 or 23 years old. I'm now turning 30 this year. I've gone through a lot in my private life. My mind has matured, my thoughts have matured, and I have evolved as a person."

Listen to Sophie Cachia's interview with Mia Freedman on No Filter below. Post continues after podcast.

Sophie added that her partner Alanna has helped her see the benefits of living a life more sheltered from the pressures of the public eye.

"The person that I am in a relationship with comes from a totally different world. She's a professional athlete. Social media isn't her norm, and I need to respect her privacy and her family's privacy," she shared.

"I have been on this platform for so long in such an open and raw way, and I did start to see the beauty in privacy, and, if anything, she's stamped that into me – that it's so nice to live in our own little bubble.

"No one knew about her for a very, very long time and it was so, so beautiful. We say our favourite moments together are when it's just us and no one knows what's going on and it's so nice."

Watch: Sophie Cachia speaks to Mamamia about the boundaries of what she shares online about her children. Post continues below.

Sophie shared that she's adamant "to challenge the norm and find what else is out there."

"I want to experience life. That's a big thing for me.

"It's about abandoning what we think or we're told we should be. And that's what I've done, I've thrown that out the window."

Ultimately, the entrepreneur said she is finding her authentic identity in the wake of the "turmoil" of the past year.

"I don't think it's bizarre that a woman in her late twenties started finding herself, I think that's actually quite normal," Sophie said.

Parents, we want to hear your thoughts. Take our survey for your chance to win $50.

Reply
Upvote
How can one claim to live a "private life" when they are a social media personality who literally puts their life out for public consumption? If people know where you live, what you do for a living, what you got in the mail today, who your kids are and where they got to school, who you're dating, who your extended family and friends are, and all your thoughts about life in general, that's pretty public! "Private social media" is an oxymoron.
News
General
Opinion
True Crime
Politics
Sport
Explainer
Entertainment
Celebrity
Reality TV
Movies
TV
Books
Rogue
Royal
Lifestyle
Beauty
Fashion
Weddings
Home
Wellness
Health
Fitness
Travel
Food
Living, Naturally
Parents
Before The Bump
Pregnancy
Baby
Kids
Teens
School
Parent Opinion
Work & Money
Money
Finance
Career
Lady Startup
Relationships
Sex
Dating
Separation
Friendship
Family
Real Life
Couples