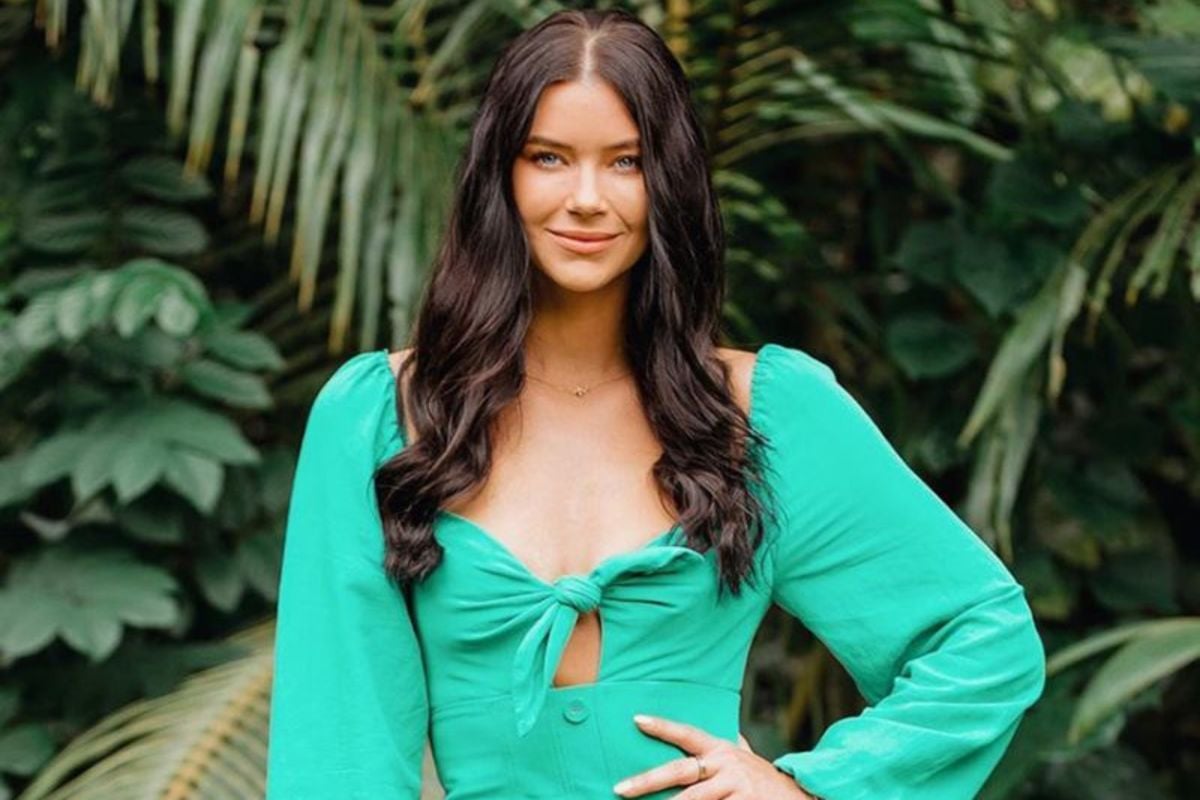 When Brittany Hockley was first invited to join the cast of Bachelor in Paradise, her response was a firm no.

The 32-year-old, who is an emergency radiographer and podcast host, famously made it to the top two on Nick "The Honey Badger" Cummins' season of The Bachelor in 2018, when the former rugby union player walked away from the reality show without handing out his final rose.

But while the experience initially led Brittany to steer clear from the franchise, she soon changed her mind.

Watch the trailer for the new season of Bachelor in Paradise below. Post continues after video.

"It was always a hard no for me, but I ended up signing on at the last minute possible. It was around 8pm on Sunday night [that I signed on] and I flew out on Monday morning," Brittany told Mamamia.

It was Brittany's sister Sherri and her podcast co-host, fellow The Bachelor star Laura Byrne, who ultimately convinced her to revisit the reality TV franchise.

"Laura was telling me, 'I'm proof that good things can come from it and it can work.' And Sherri was like, 'I feel like your personality was really subdued on The Bachelor, and you weren't able to show who you are,'" she explained.﻿

"I just thought, good things come from saying yes to opportunities so I'll give it a whirl."

It was just over two years ago that fans watched as Brittany and fellow finalist Sophie Tieman became a part of the one Bachelor season where the suitor – Nick Cummins – didn't pick a winner. But while Brittany was "heartbroken" following the finale, she now looks back on her time on the show as a fairly positive experience. ﻿

"With everything that happened on The Bachelor, even with the horrific ending and the heartbreak, I still look at it as a positive experience because I still had an amazing three months," Brittany recalled.

"I learned so much, I made friends, and I travelled overseas," she added.

"And from what happened with Nick and me at the end, I think it really put things into perspective and taught me some lessons on how to deal with things in life. I don't have any regrets."

After her unusual experience on The Bachelor, Brittany found that her time on Bachelor in Paradise was much more "relaxed".

"It's fun, because it's more of a relaxed environment. There's no competing for one guy," she explained.

"There's a multitude of people and everyone's trying to get to know each other whereas in The Bachelor, it's like there's a 'final prize' and you do really get sucked into it."

Although Brittany had watched Matt Agnew's season of The Bachelor, she didn't know anybody when heading into Bachelor in Paradise.

"I honestly didn't know anyone from any other franchise or series. I really just left The Bachelor and got on with life. Laura [Byrne] was really my only strong connection to the show," she explained.

"I had no expectations about who was going into Paradise, and I didn't know anybody because I didn't want any preconceived ideas. I know how the franchise works, and I know what you often see is not exactly what happens because it's not a reflection of their personality.

"I really went into it blind."

Since her time on The Bachelor, Brittany hasn't been in a relationship, but she has been "out on the dating scene".

"I haven't dated anybody, but it's not from a lack of trying. I've definitely been out on the dating scene and I've been on loads of dates. Some of them been horrific and some of them are so funny, but I haven't had any luck.

"I wear my heart on my sleeve, and I'm a huge romantic, and I definitely want to fall in love."

During her time on Bachelor in Paradise, Brittany got on with the entire cast, and became "really, really close" to Helena Sauzier, who appeared on Matt Agnew's season of the show.

"There is a lot of drama on the show, but at the end of the day, most people on the show actually liked each other and had some level of respect for each other," she said.

While on the show, Brittany had to revisit what happened on her season of The Bachelor.

"Obviously they wanted to hear about my horrific ending with Nick Cummins," she said.

"It took me a while to move on from that initially because it's very public and it had never happened before. But you get over it and then the season airs and you revisit it, because the public want to know about it, and then you get over it again.

"And then you enter Paradise, and you have to revisit it all over again. But it's definitely easier to revisit it now. I'm happy to speak about it because I think everything happens for a reason."

Although Bachelor in Paradise was initially due to screen after Australian Survivor, the series premiere was delayed because of the COVID-19 pandemic.

Now, the cast have been waiting over six months to share what happened on the show – including which couples did and didn't make it out of Paradise.

"If you do have a successful relationship, you can't be loud and proud about it. And if you're not with them, you can't be seen dating either, because that ruins the show," Brittany explained.

"Your life is on hold, which is normally okay when it's just a few months turnaround. But this is a long, long time and I'm well and truly ready to get on with it."