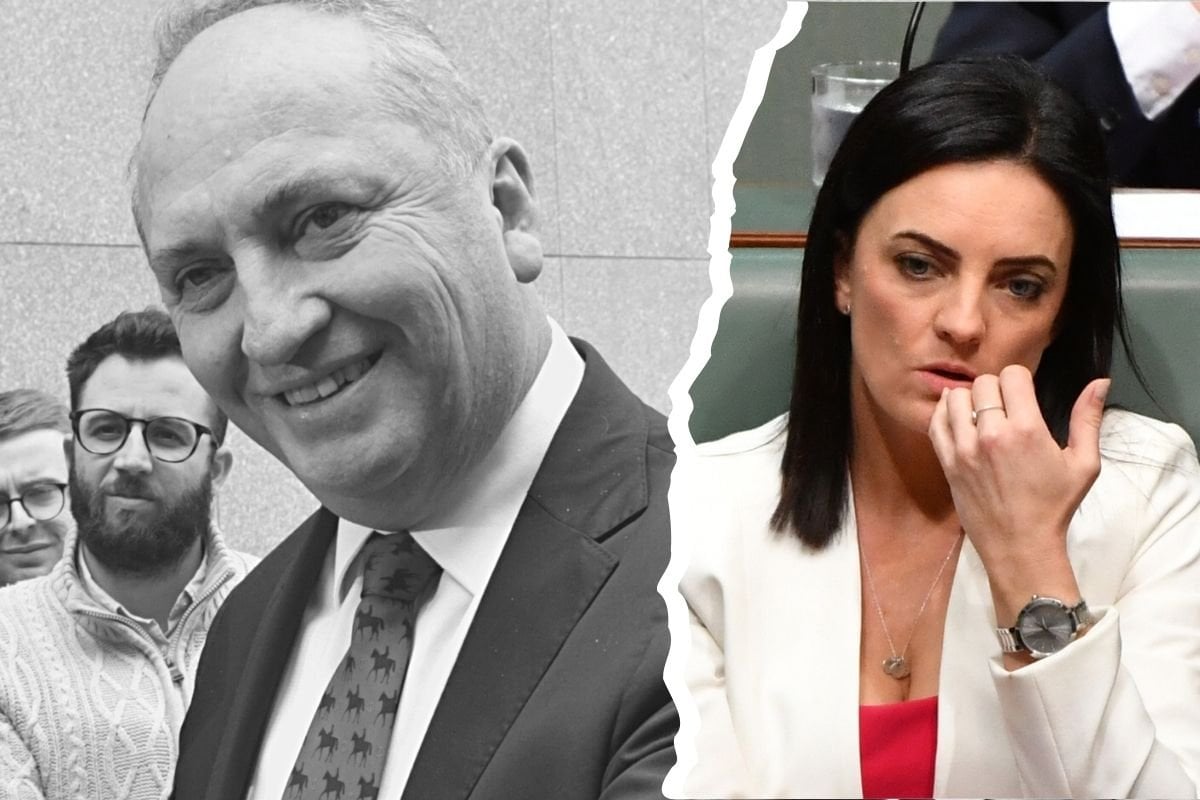 It's the consequences that are hard to accept.

This week Barnaby Joyce was reinstated as the deputy prime minister of Australia.

Three years ago, he left that same position because of a sexual harassment allegation. An allegation that remains unfounded due to insufficient evidence.

He also left because while he was condemning same-sex marriage as ruining the 'sanctity' of the union, he was off having an affair with one of his staffers. It was messy, and public, and it culminated in Joyce retiring to the backbench.

But after three years "reflecting" on his wrongdoings, he's back in one of the most powerful positions in the country.

#BREAKING: Barnaby Joyce has been sworn in as Deputy Prime Minister. #News pic.twitter.com/ytGURgO8cY

While there are certainly still some within his party who don't want him there, he ultimately secured the majority of 21 votes cast in the Nationals leadership spill on Monday. He was welcomed back into the fold, after licking his wounds and lying low for a while.

What it boils down to is this: Husar and Joyce were both cleared of harassment, but both did do something wrong. He was having an affair while spouting contradictory politics, and she was getting her staff to carry out personal duties for her like exercise her son's therapy dog.

As the furore reached the public domain and their reputations were put on notice, Joyce moved to the backbench. But Husar was forced to quit her job altogether after losing the Labor party's endorsement for her seat.

Emma Husar: falsely accused of exposing herself to a colleague.

RESULT: a couple of years not being party leader

Yes, they both come from different parties with different morals and rules and lines they're willing to let their MPs cross. But one of them also happens to be a woman.

"As a woman, the faceless men and women are even more dangerous, using physical threats, intimidation, stalking and, in my case, the use of my sexuality and private life to assassinate a career," Husar wrote for the Canberra Times.

"You do not stand a chance in Australian politics unless you have a power base."

We've long been told about Canberra's 'women' problem. We know it's not uncommon for women to quit due to their treatment in politics, with MP Nicolle Flint announcing earlier this year she was leaving after enduring ongoing harassment and bullying. She accused her party of not supporting her, and of creating an environment in which hate could flourish.

Julie Bishop, who resigned from politics in 2019 has spoken about her frustration with the "gender deafness" she frequently encountered in her political career when she was the only woman in the room. Then, in an interview with the ABC, she claimed that a group of Liberal MPs, who called themselves the “big swinging dicks” club, tried to undermine her leadership ambitions.

When Liberal MP Julia Banks quit politics in 2018, she said this: "I will always call out bad behaviour and will not tolerate any form of bullying or intimidation. I have experienced this both from within my own party and the Labor party. In anticipating my critics saying I'm 'playing the gender card', I say this: women have suffered in silence for too long."

These are just a few examples of an incessant problem in Australian politics. An extra hurdle only women in office face.

Former Prime Minister Malcolm Turnbull recently told 7:30, "Women are treated with disrespect regularly, I would say almost institutionally in Parliament. It reminds me of the corporate world in the 1970s."

At a time when Australian women have been expressing unprecedented levels of disillusionment and loss of faith in our parliament and political system the Government responds by…making Barnaby Joyce our Deputy Prime Minister. Honestly 🤦‍♀️

While Joyce was criticised and condemned, his wrongdoings weren't career ending.

Husar had hers ruined beyond repair. As she told The Sunday Telegraph, her party "burnt me and left me there to die."

It's a double standard that just reiterates what we already know: Canberra has a major problem with women.

And the double standard is everywhere.

Reply
Upvote
6 upvotes
Emma Hussar deserved to lose her job. Women in parliament are actually just held to the standards that all politicians should be held to.

Reply
Upvote
@cat what did Emma Husar do?