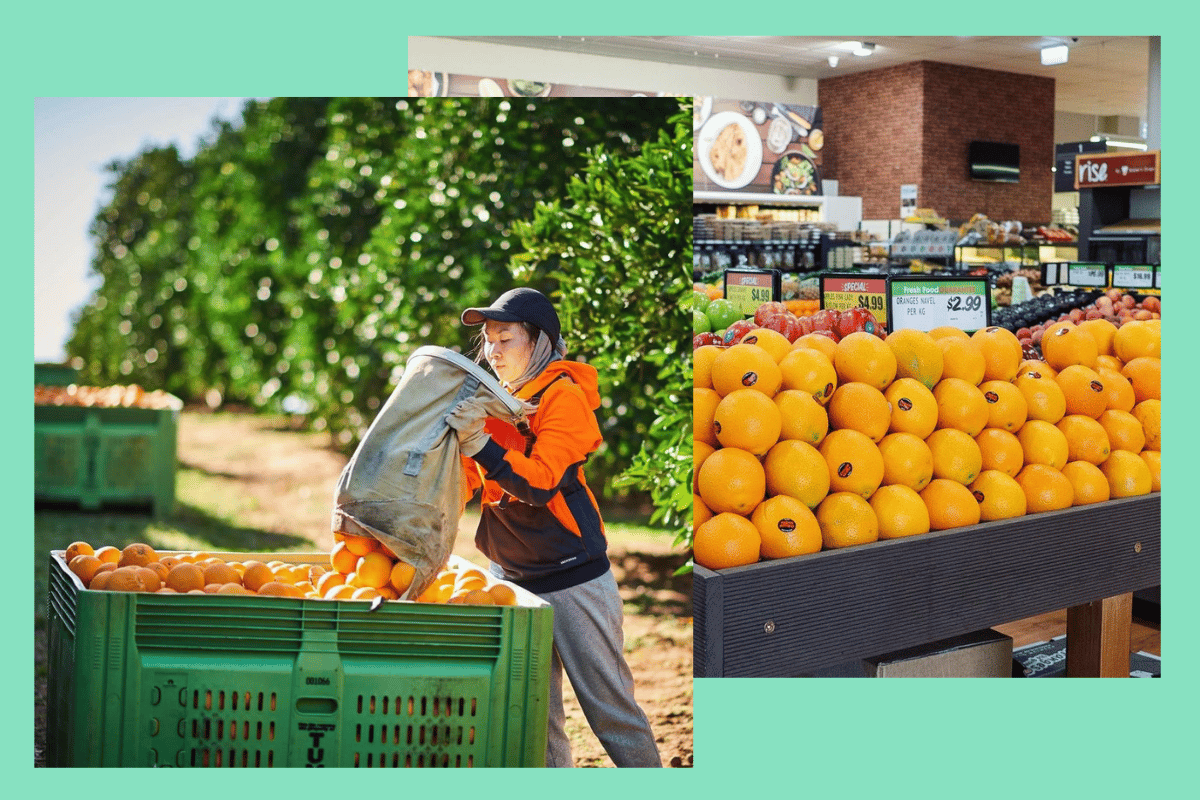 Anyone remember in 2011 when bananas were around $12 a kilo?

Aussie consumers may once again see a dramatic increase in their weekly grocery bill.

Why is that you ask? It has a lot to do with Australia’s labour shortage.

New research from the Australian Bureau of Agricultural and Resource Economics and Sciences (ABARES) has predicted that fruit and veggie prices are about to skyrocket.

ABARES has said that labour shortages and elevated household demands have everything to do with this.

“Internet advertisements for labourers to work on crop farms (including horticultural farms) have increased significantly since before the pandemic,” the report notes.

“Cost pressures are providing incentives for large farms to invest in labour-saving processes and re-structure their workforces, including by recruiting more workers from the Pacific Islands through Australian Government programs.”

Estimates have also shown the national horticultural sector alone will be short about 16,000 workers this year.

It’s tough news, especially considering how challenging it has been for farmers these past few years. Not only do farmers have to worry about not having enough workers to yield their crops, but they also have to raise their concerns constantly with the government regarding the impact of climate change.

So how does the labour shortage affect consumers?

Australia has over 2.57 million tonnes of fruit grown annually. Imagine the time it would take to pick and collect all of it. That is why fruit pickers are so crucial.

According to the National Farmers’ Federation, the industry has now reached the point where growers are unable to harvest their crops, at risk of losing millions of dollars worth of production.

Guy Gaeta, a cherry farmer near Orange said to The Guardian Australia, “I’ve never been so worried in my whole 36 years being a farmer.” In the same interview, Gaeta estimated the price of cherries could double due to low supply coupled with increased demand, especially around Christmas.

“It looks as though grocery prices are going to be rising. I have not seen anything which says it’s going to end quickly,” said Consumers Federation of Australia executive, Ian Jarratt to news.com.au.

“To get the best value for themselves they [consumers] should shop around between retailers because prices do vary,” Mr Jarratt noted.

“Look out for the specials, but be careful because there are many occasions when it’s cheaper to buy another pack size or another brand than the advertised special.”

Listen: Lady Startup Stories. Claire knew regional women needed a platform, so she made it. Post continues after audio.

What’s being done to combat the labour shortage?

With at-home quarantine now on the cards for some states welcoming international arrivals, the National Farmers’ Federation (NFF) has proposed a pilot model where overseas fruit pickers could engage in an “on-farm quarantine”.

“The limited number of placements and the significant cost of quarantine have proved barriers to the many, many international workers sitting, ready and waiting to start work on Australian farms,” said the NFF CEO Tony Mahar.

Of course, it is also important to note that workers’ rights, safety and wages need to be front of mind too, especially amid the Agriculture Visa being planned.

“The NFF had always recommended the Visa be open only to farmers who can demonstrate that they take care of their workforce. Providing a positive and safe experience for farm workers is a core tenet of the Visa and of paramount importance to the NFF.”

“The number one priority for farmers is keeping their families, their workers and communities safe from COVID-19,” Mr Mahar said.

What are the vaccine rules for rural workers? https://t.co/Go4xi2i2PT

The proposed pilot aims to ensure appropriate safeguards are in place to limit risk. Workers would need to show their vaccine status, undergo a robust testing regime and also provide an overview of COVID-19 rates from their country of departure.

“A pilot of on-farm quarantine arrangements would represent a safe and prudent pathway for international workers and would be recognition of the unfaltering work of farmers in keeping supermarket shelves stocked and the economy ticking in these challenging times,” Mr Mahar said.

Reply
Upvote
1 upvotes
It's also important that wages and conditions are in line with industry standards - not just where Covid is concerned. I live in a regional area and have also worked in sectors dealing with ag workers. Unfortunately there is a lot of exploitation - it's deterred me from working in the sector. The sector and govt need to work together to weed out bad apples (puns intended) and provide incentives for people to take the jobs. The lifestyle can be fantastic and there are many regional areas that have been hit hard by COVID, drought, etc that would love some new faces to help them grow and boost the local economy.
M
mamamia-user-236023277 7 months ago