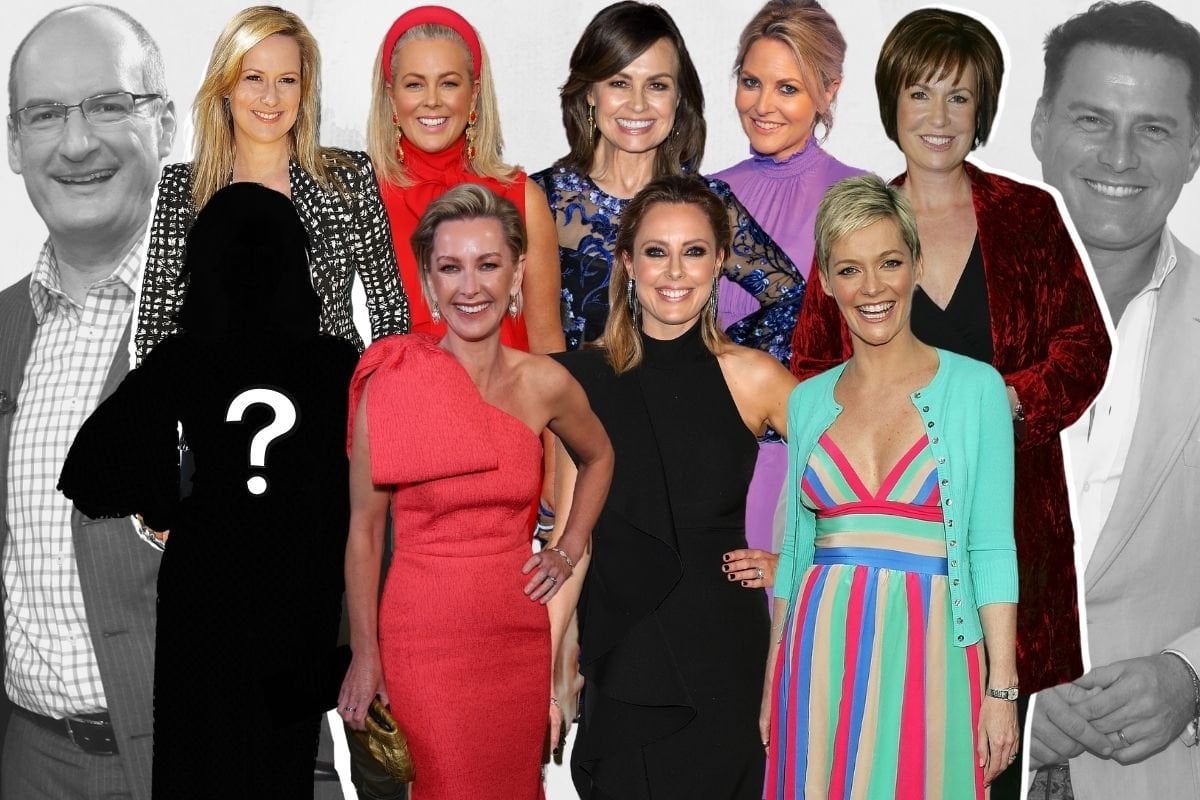 As Samantha Armytage this week announced her resignation from Seven's Sunrise after eight years, we couldn't help but cock our heads to one side.

Everyone knows breakfast TV is one of the most cutthroat jobs in media, as ratings, viewers and executives all affect the tussle for the top slot.

Here in Australia, Today and Sunrise are the country's top commercial competitors, and for the last 20-odd years David Koch and Karl Stefanovic have dominated our screens, while their female co-hosts have endured a significantly higher turnover.

As Armytage delivered her news to viewers on Monday - International Women's Day - we couldn't help but compare the genders. Because gender does have a role to play here, that's just the unfortunate truth.

David 'Kochie' Koch is one of Australia's longest-serving breakfast TV anchors, hosting a revamped Sunrise since 2002.

Armytage joined him on the couch in 2013, and has cited her mum's recent death and her marriage to Richard Lavender as the major reasons behind her decision to leave in 2021.

Armytage, unlike Kochie, has had her personal life on magazines and down the barrel of paparazzi lenses her entire career, as tabloids and viewers dissect what she 'should' or 'shouldn't' be doing, wearing, and saying. Because for a woman in media, her personal life and choices become public fodder in a way that men's just don't. Once again, that's just the unfortunate truth.

Before Armytage, Kochie was joined on the Sunrise couch by Melissa Doyle, who spearheaded the revamped morning show alongside him from 2002 until 2013.

"I was presented with a new opportunity at the network and I decided to accept it," Doyle said when she departed Sunrise. 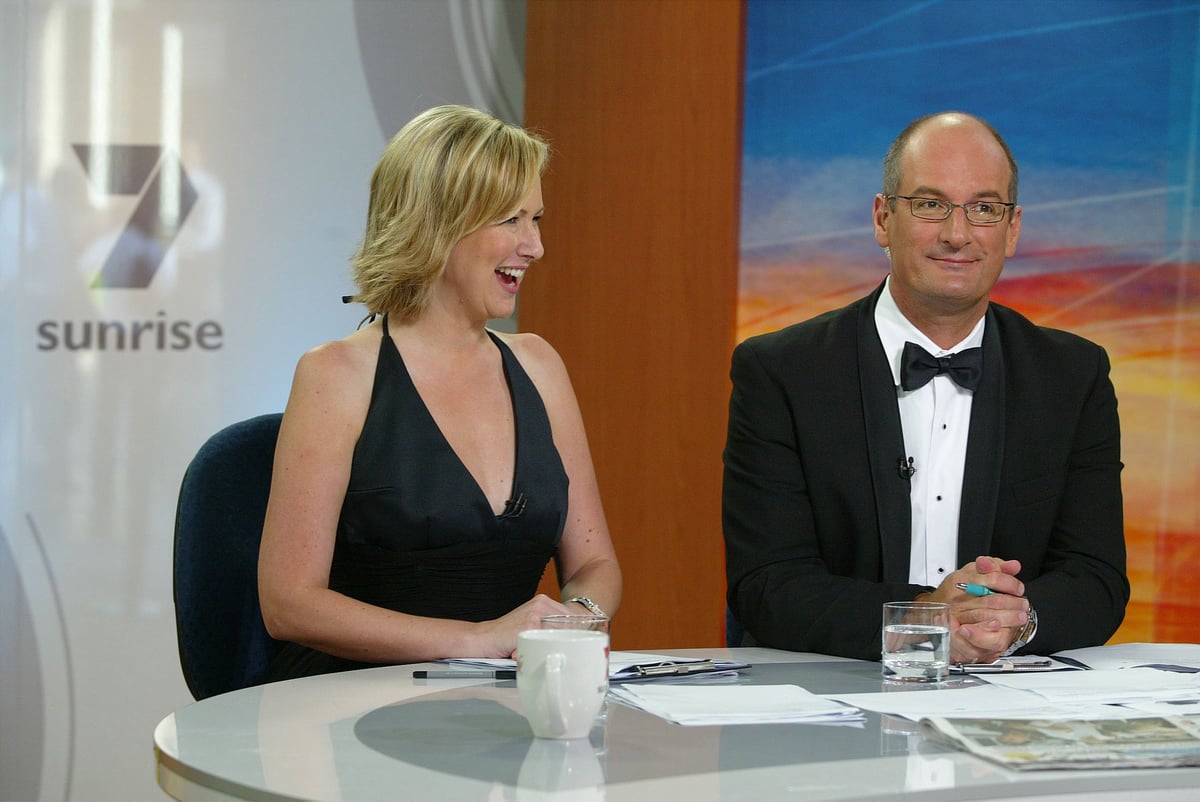 At the time, the Sydney Morning Herald and several other publications reported that Doyle was told to take a pay cut, step down from Sunrise and pretend she had been promoted to a news presenting position. Headlines decreed she was too 'mumsy' and that her 'axing had been plotted for months.'

Doyle was forced to comment on the rumour mill saying, "I don’t normally bother responding to fictional stories but judging by the number of comments I’ve received I thought it best to reply. What I said on air and in all the media interviews when I announced my departure was correct. It was then, it is now."

Whatever the truth, the headlines stung. Their gendered tone just another unfortunate and predictable side-effect.

Across the ratings pond to Channel Nine, Karl Stefanovic has been at the helm of Today Show since 2005. He had a brief break in 2019 while experiencing a tabloid media storm after his marriage breakdown, but now that has calmed down he's managed to settle back in pretty unscathed to the world of breakfast TV.

In his absence, Today Show did try a female hosting duo for a hot minute giving Deborah Knight and Georgie Gardner the reigns. But ratings plummeted and pretty soon Stefanovic found himself reinstated. During his tenure, he's had five different co-hosts, the first of which was Tracy Grimshaw who left months into their partnership after co-hosting the program for nine years. 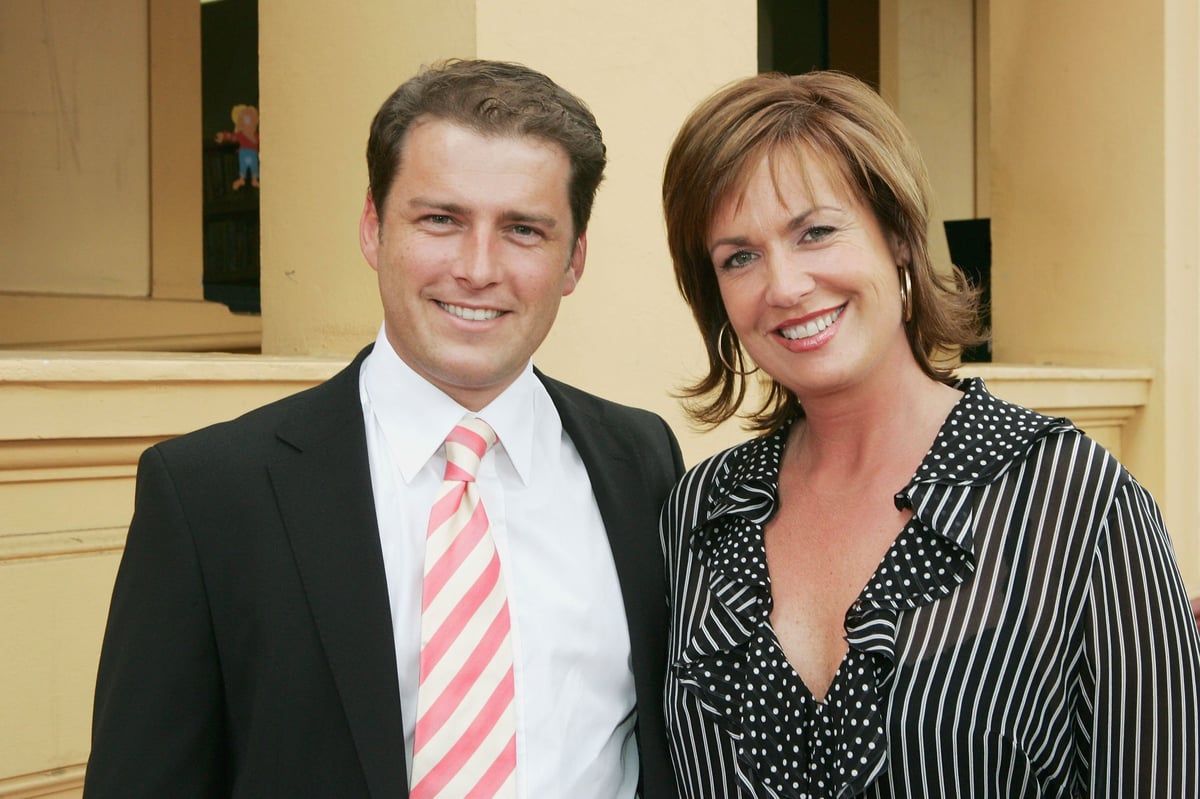 She was replaced by Jessica Rowe - who stayed for a year - but reportedly left after Channel Nine's then-CEO Eddie McGuire allegedly asked senior executives, "What are we going to do about Jessica? When should we bone her? I reckon it should be next week."

"That year was a terrible time in my life and it was not helped by public abuse, abuse from within the network that I worked at and abuse from someone who was in charge of that particular network,' she told the Sydney Morning Herald in 2016. 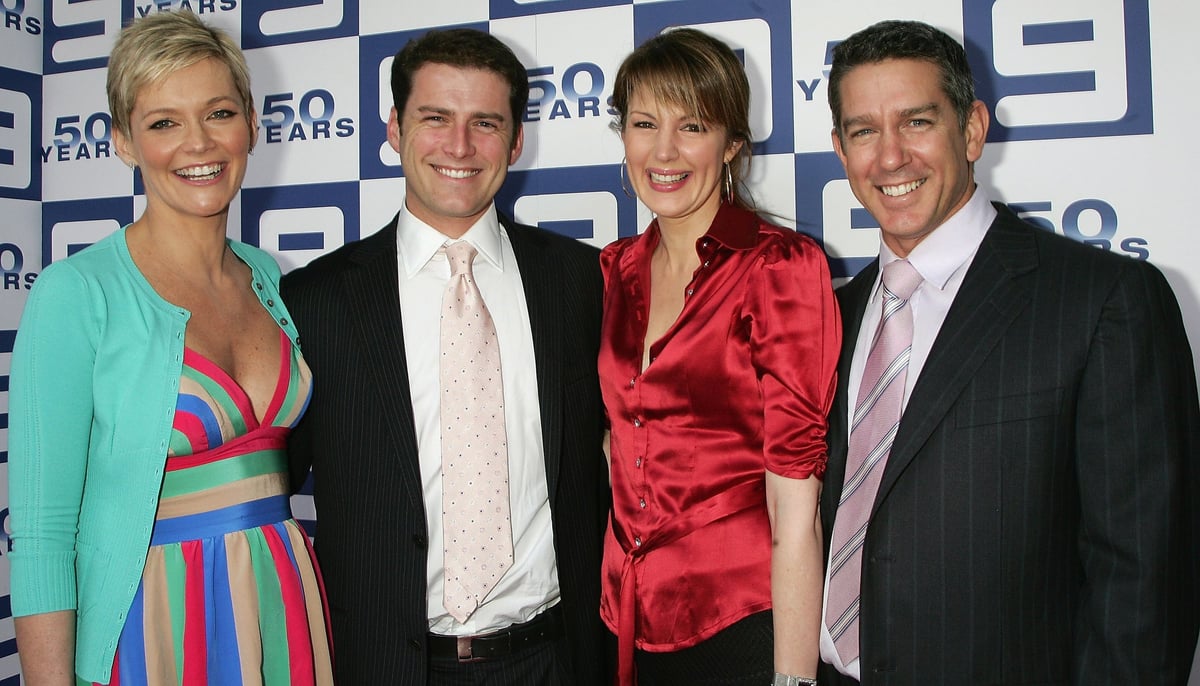 Rowe was replaced by Lisa Wilkinson who stayed with the show for a decade.

She left in 2017 over a pay dispute, as Stefanovic was paid significantly more than Wilkinson for doing the same job.

I have some news. I'm sad to say that today was my last day on @the today show. The following statement is from Channel Nine... pic.twitter.com/B3IVDAfkSm

While Kochie and Stefanovic have stood the test of time, their female counterparts have come and gone, with their reasons for leaving ranging from being pushed, to the gender pay gap, to needing a break, to deciding to try a new venture.

We live in a world where women in the media spotlight are subject to more scrutiny and judgement than their male counterparts. That's just the unfortunate truth. 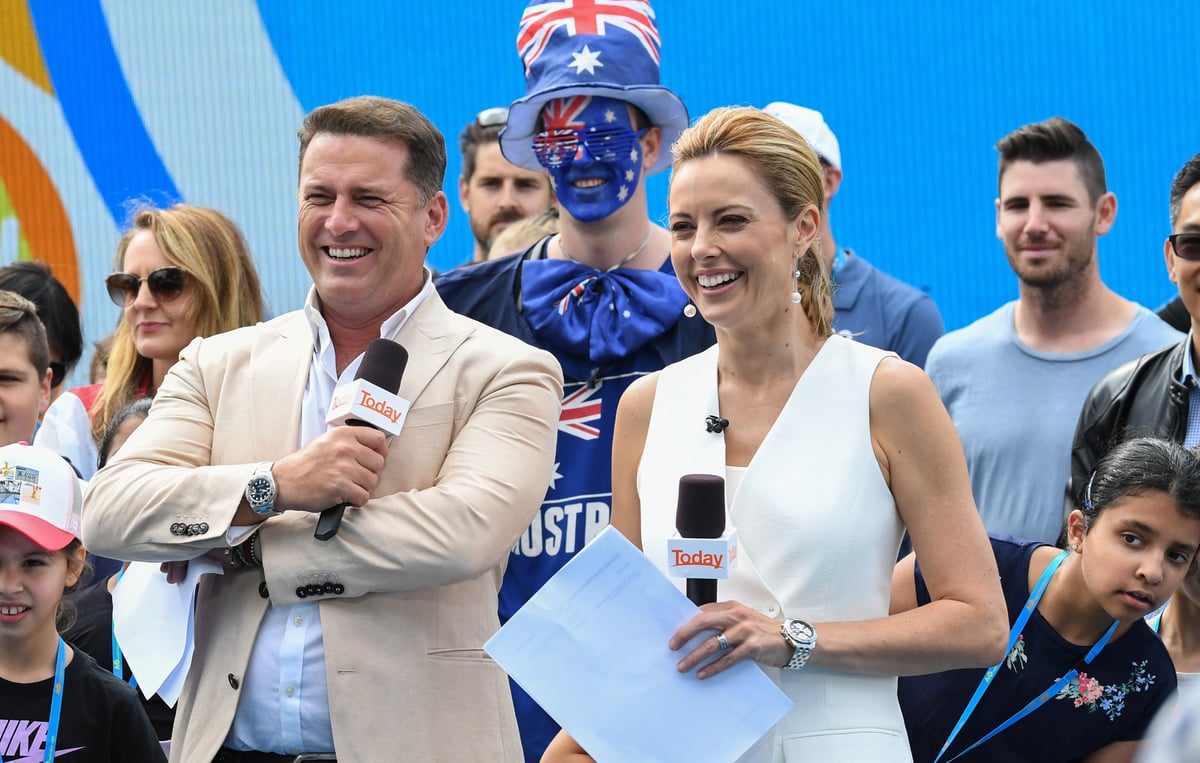 Karl Stefanovic and Allison Langdon are the current hosts of the Today Show on Nine. Image: James D. Morgan/Getty.

And while we wait to hear who Kochie's third Sunrise co-host will be, we can't help but reflect on how far we've still got to go - and how the high turnover of women in breakfast TV is a sad reflection of our wider society.

Women might be given a seat on the couch, but they certainly have to fight harder to keep it.

I'm pretty sure he was sacked because there was a belief among female viewers that he'd left his wife for a younger woman (which he apparently didn't). The station was then forced to bring him back when the ratings tanked.

thunder a month ago

Reply
Upvote
2 upvotes
Men are teflon coated in general. Particularly in politics, television is not much better, it’s ridiculous. It’s their ego, we are run by men for the benefit of men.