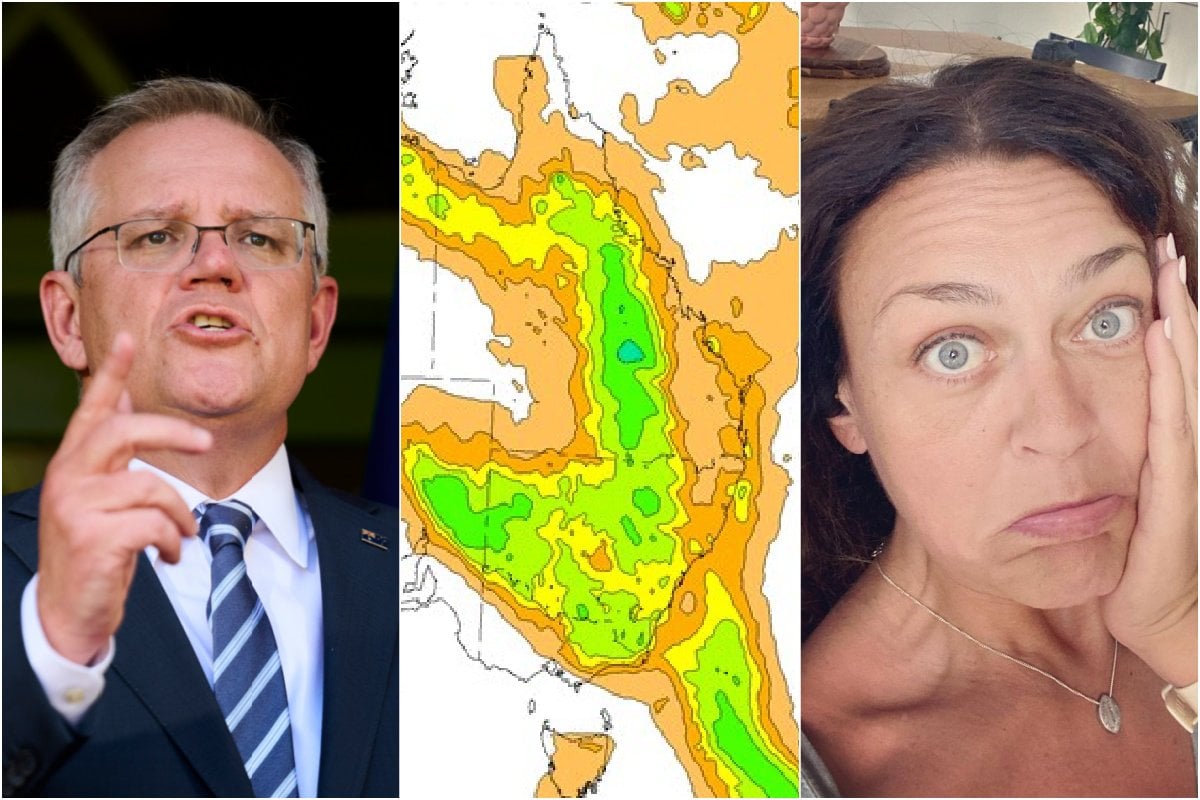 The federal government wants to give religious Australians "confidence to be themselves" and ensure they are not "persecuted" for expressing their beliefs.

Prime Minister Scott Morrison is set to personally introduce into federal parliament on Thursday the contentious bill he promised in the lead-up to the 2019 federal election.

"Now, that opinion, you and I may not agree with. As long as it is a statement of belief made in good faith, that is not discrimination under any Australian anti-discrimination law. That is very, very important."

Labor leader Anthony Albanese endorsed the goal of shielding people of faith from discrimination in a sign the government bill could pass the House of Representatives next week. | @CroweDM #Auspol #religiousfreedom https://t.co/hrKaGkQto3

Interviewer and minister Neil Johnson put to the attorney-general comments about Jesus referring to marriage as between a man and woman would be protected.

"But if you do that with some level of malicious intent, you may overstep the mark," he said.

Equality Australia was concerned the bill would take away existing anti-discrimination protections including on the grounds of sexual orientation and gender identity.

Labor will seek to refer the bill to a joint select committee, which would enable senators and MPs to examine it, rather than a Senate legislation committee.

More than 80 backpackers at a Byron Bay hostel on the NSW north coast have been placed into a week-long lockdown after a guest tested positive to COVID-19.

The lockdown comes as thousands of celebrating school leavers prepare to descend on the area over the next month from this weekend.

A backpacker hostel in Byron Bay has been plunged into lockdown after a guest tested positive. #9Today pic.twitter.com/zqafX7KuOg

A young girl who travelled from Victoria to visit relatives in Adelaide has tested positive for the virus, becoming South Australia's first locally detected case after the opening of borders to all states and territories.

The girl arrived by road with her family, but they've since returned home to quarantine.

Josh Aloiai has become the first NRL player to contract COVID-19 after his positive test prompted the cancellation of his boxing bout with Paul Gallen.

Radio personality Chrissie Swan has confirmed she too has tested positive in Victoria - with the Melbourne Nova studios promptly shutting down on Tuesday afternoon.

The wettest November in 150 years for parts of the east coast.

Victorians are being warned to take care when using the state's waterways ahead of heavy rain after a man died while canoeing in Melbourne's Yarra River.

The State Emergency Service tried to rescue a man and woman after their canoe overturned on rapid waters at Dights Falls in Abbotsford about 1.30am on Wednesday.

A Rowville man, 29, died and a woman, 46, was rescued and taken to hospital for observation.

SES state agency commander David Tucek said the incident was a reminder for people to take care, with heavy rain and thunderstorms to lash parts of the state during the next three days.

The heaviest rain is expected to ease by Saturday, but flooding would continue, the Bureau of Meteorology said.

Australia weather: Wettest November in 150 years as NSW is pummeled with rainhttps://t.co/mVc54NDMRW

The SES has already responded to almost 3000 calls for help during recent flooding in NSW, and the Bureau of Meteorology has warned of a renewed flood risk.

Despite having a week left to go, parts of the state have already recorded their wettest November in more than 150 years.

"Have an evacuation kit ready, get your important documents, know who to contact and know where to go," NSW SES Commissioner Carlene York says.

The areas where flooding is a renewed risk include the Belubula, Hunter, Macintyre, Macquarie, Peel, Castlereagh, Bell, Tumut and Murrumbidgee Rivers.

Summer is likely to remain soggy around NSW, with a La Niña cycle declared on Tuesday, heightening the risk of further flooding and tropical cyclones.

Social Democrat leader Magdalena Andersson has quit as prime minister less than 12 hours after being appointed when her coalition collapsed, plunging the country into political uncertainty.

Andersson said a decision by the Green party, the junior party in the coalition, to quit had forced her to resign but added that she had had told the Speaker of parliament she hoped to be appointed prime minster again as the head of a single-party government.

The Green party said it would leave government after the coalition's budget bill was rejected by parliament.

"I have asked the Speaker to be relieved of my duties as prime minister," Andersson told a news conference.

"I am ready to be prime minister in a single-party, Social Democrat government."

Andersson had been appointed Sweden's first female prime minister earlier in the day but her tenure proved the shortest of any of her predecessors.

The Ghanaian-born Australian singer and rapper collected trophies for Album of the Year, Best Hip Hop Release and Best Independent Release for his debut album Smiling With No Teeth. And, with Bailey Howard, he also received the ARIA for Best Cover Art.

Song of the Year was given to 'Booster Seat' by Perth four-piece Spacey Jane.

- Fully vaccinated New Zealanders in Australia will be allowed to return home quarantine free from January 17.

- Julian Assange and his partner Stella Morris have registered to get married in the London prison where the WikiLeaks founder is being held.

- Several UK politicians have demanded a change in parliamentary rules after an MP was told she couldn't bring her three-month-old baby into the House of Commons chamber.

- All three white men have been convicted of murder for chasing and shooting black man Ahmaud Arbery as he ran in their US neighbourhood. They face a minimum sentence of life in prison.

Reply
Upvote
2 upvotes
He promised a Federal ICAC too and that hasn’t eventuated. What an insult to NSW ICAC to refer to them as a Kangaroo court. When Gladys said ‘I don’t need to know about that’  to the boyfriend, it showed she knew he was up to no good. They skim over it like it doesn’t matter, it very much does matter that the leaders are honest and straight. Unfortunately many are not that is what Morrison is worried about, he probably wouldn’t have many left.
M
mumma-cat 6 months ago

Reply
Upvote
1 upvotes
@gypsy  Oh because she is Liberal they totally ignore the fact she has a huge question mark above her head. Of course Morrison wouldn’t care they think they can do what they like with our country and our money. So arrogant, people need to open their eyes.
M
mamamia-user-482898552 6 months ago