Japan's former prime minister Shinzo Abe has been shot while campaigning in the city of Nara, a government spokesman says, with public broadcaster NHK reporting he appeared to have been fired at from behind by a man with a shotgun.

Kyodo news agency and NHK said Abe, 67, appeared to be in a state of cardiac arrest when taken to hospital. 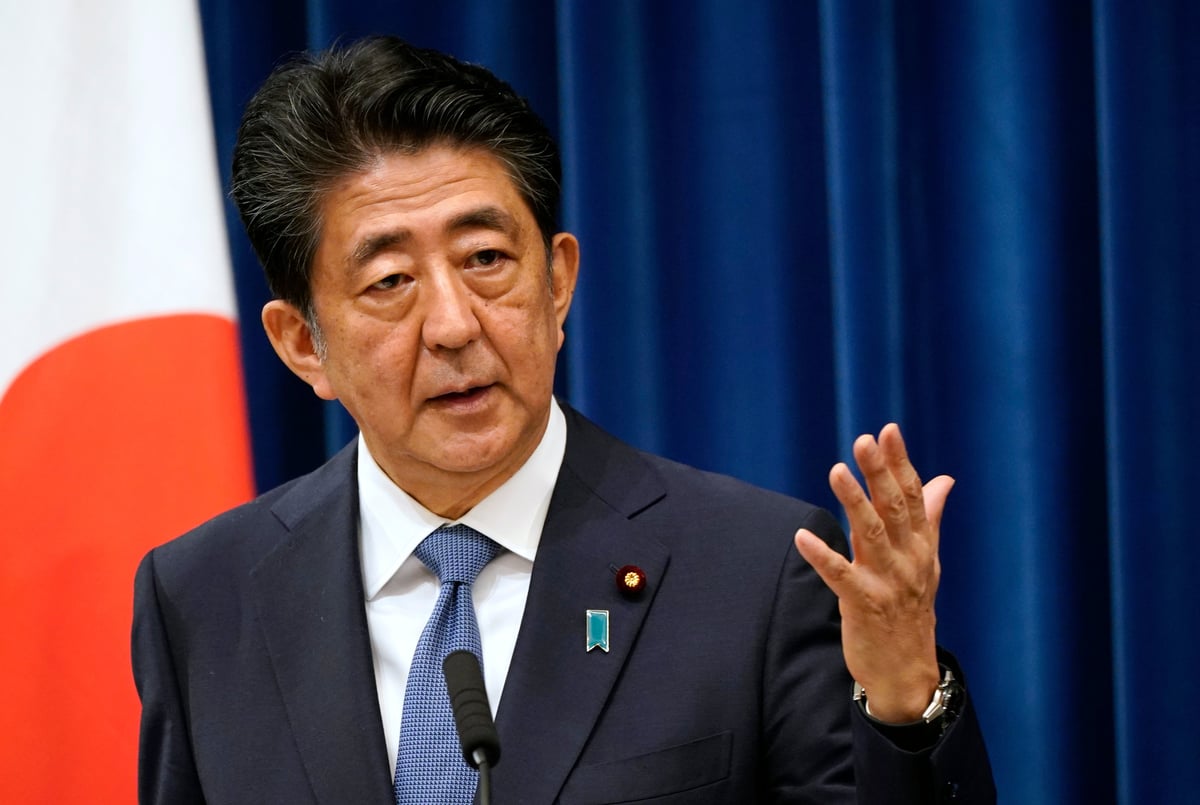 Shots were heard and a white puff of smoke was seen as Abe made a stump speech for a Sunday upper house election outside a train station in the western city, some 480km from the capital Tokyo, NHK said.

An NHK reporter on the scene said they heard two consecutive bangs during Abe's speech.

Police arrested a male suspect at the scene.

The moment the suspected shooter was apprehended. Follow our rolling coverage of the shooting of former Japanese PM Shinzo Abe here: https://t.co/MftYhOpVLv pic.twitter.com/VxAt70RwMj

Matsuno, told a briefing Abe had been shot at about 11.30am (12.30pm AEST), adding, "Such an act of barbarity cannot be tolerated".

TBS Television reported Abe had been shot on the left side of his chest and apparently also in the neck.

Here's how our former and current leaders are reacting:

An attack on any democratically elected political leader is an attack on supporters of democracy everywhere. Shinzo Abe has been a dynamic political leader of Japan over many years, and we all hope that he will recover and resume his important responsibilities in the Diet. https://t.co/droxsc0KOU pic.twitter.com/tEmreBpuLG

This is a shocking act of violence against one of the world's leading democratic statesmen and we all have to hope and pray that he somehow pulls through.

Australia has never had a better friend in Japan than Shinzo Abe, which is why we are so numbed by this appalling act.

Boris Johnson quits, and all the news you need to know this morning.

This week, seven people were killed at an 'Independence Day' parade in the US.

Yesterday, we shared some of their stories. You can read them here.

These are the top news stories you need to know today, Friday, July 8.

1. Calls for Boris Johnson to be replaced immediately following resignation.

Boris Johnson has announced he will quit as UK prime minister after he dramatically lost the support of his ministers and most Conservative MPs, but says he will stay on until his successor is chosen.

After more than 50 ministers quit, Johnson said it was clear his party wanted someone else in charge but that his forced departure was "eccentric".

"Today I have appointed a cabinet to serve, as I will, until a new leader is in place," Johnson said outside his Downing Street office where his speech was watched by close allies and his wife Carrie.

"I know that there will be many people who are relieved and perhaps quite a few who will also be disappointed. And I want you to know how sad I am to be giving up the best job in the world. But them's the breaks," he added, making no apology for the events that forced his announcement.

'But them’s the breaks'

After days of battling for his job, Johnson had been deserted by all but a handful of his closest allies after the latest in a series of scandals sapped their willingness to support him.

While Johnson said he would stay on until a new leader is elected, opponents and many in his own party said he should leave immediately and hand over to his deputy, Dominic Raab.

Former Conservative UK prime minister John Major said it was "unwise and maybe unsustainable" for him to remain in office when he could still exert its powers.

"For the overall wellbeing of the country, Mr Johnson should not remain in Downing Street - when he is unable to command the confidence of the House of Commons - for any longer than necessary to effect the smooth transition of government," Major said in a letter released to media.

Thousands of Sydney residents have returned home to begin the flood-clean up, however, severe flooding still poses a threat in some parts of NSW.

Major flood warnings were in place for the lower Hunter River, Wollombi Brook and Tuggerah Lake late yesterday, with the Bureau of Meteorology noting some parts of the Hunter had reached record water levels.

The bureau said major flooding was likely to occur at Maitland, in the lower Hunter, into Friday despite rain clearing for much of the state.

Premier Dominic Perrottet and NSW Emergency Services Minister Steph Cooke have visited Camden, one of the worst-affected areas, where residents have began cleaning up yet again.

In #Camden today as the flood clean-up gets into full swing. @Dom_Perrottet and I got a sense of just how tough it is. We’re mobilising a 500+ member task force of @NSWSES, @NSWRFS, @FRNSW, @NSW_EPA, Public Works and @DefenceAust to get the job done ASAP. pic.twitter.com/pa2nNbAhJW

Federal Emergency Management Minister Murray Watt said the severe weather and flooding would continue to impact many areas of NSW with many evacuation orders still in place.

"The flood waters may be receding in some areas, but we know there are other regions that are still at the emergency stage, where the focus will be on keeping our communities safe," he said.

The British socialite's notice of appeal was filed nine days after she was sentenced by US Circuit Judge Alison Nathan in Manhattan.

Disgraced British socialite Ghislaine Maxwell has filed an appeal after she was convicted of grooming and trafficking young girls. https://t.co/X7fSEkbzgG

Nathan said the punishment reflected Maxwell's "instrumental" role in the abuse and the "incalculable" damage it caused to victims.

However, lawyers for Maxwell had argued that she was being scapegoated for Epstein's crimes.

They have also said the conviction was tainted because of a lack of evidence Maxwell was guilty beyond a reasonable doubt, that prosecutors waited too long to indict her and that one juror failed to disclose he had been sexually abused as a child. Nathan rejected these arguments in April.

The appeals process will likely last several months or longer.

Australians over 30 will be able to get a fourth COVID-19 vaccine shot as soon as Monday, after the country's leading immunisation group updated its recommendations.

From July 11, eligibility for a fourth vaccine dose - or second booster - will be expanded to include 7.4 million more people.

The Australian Technical Advisory Group on Immunisation recommended those over 50 receive a second booster.

The group also said those aged between 30 and 49 would be able to receive an additional booster if they chose to, but this was not a formal recommendation.

Australia’s booster doses explained: how to decide if you should get a fourth Covid vaccine and how long to wait https://t.co/o5cCnZ3ydW

Previously only those over 65, in aged or disability care, or immunocompromised were able to get a fourth dose.

The decision follows a spike in COVID-19 cases across the country, driven by a more transmissible strain of the Omicron variant, which has led to increased deaths and hospitalisations from the virus.

And for a bit of Friday fun this morning, news out of the Queensland outback - where Tina Turner's classic Nutbush City Limits has been danced in world-record style.

4,084 boot-scooting dancers have journeyed to the Queensland desert to break the world record for the Largest Nutbush City Limits Dance.

The attempt took place at the Birdsville Big Red Bash festival, with the group of punters destroying the previous record of 2,878. #9News pic.twitter.com/WQFeDnHkXE

That's it, you're all up to speed.

No honey for you: What's killing Aussie bees.

A new infestation of varroa mites is infecting millions of bees in NSW, threatening the whole of Australia's honey industry as beekeepers are being forced to destroy tens of thousands of hives.

But what exactly are these tiny insects, why is this happening now, and what is the risk to all of Australia's agricultural sector if there are not enough bees left to pollinate our crops?

The Quicky speaks to a beekeeper and an expert in food resources to find out if this could destroy Australia's honey industry, or if there is a way to turn this situation to our advantage.