The singer faced Raymond Terrace Local Court on Wednesday after pleading guilty to high-range drink driving in the NSW Hunter region at about 10.30pm on March 23.

Johns had driven his grey SUV out of a service station on the Pacific Highway at North Arm Cove and headed north in rainy conditions before crossing onto the wrong side of the road and crashing into a van. The van rolled and slid about 100 metres onto a nature strip while Johns' car also rolled several times, according to the facts of the case.

The van driver, 51, and his female passenger, 55, were treated at the scene and the woman was taken to hospital. Johns was breathalysed and returned a blood alcohol level of 0.157, and voluntarily admitted himself into a rehabilitation facility after the accident.

Magistrate Ian Cheetham said the charge was serious but Johns' background and circumstances were exceptional in handing him a 10-month jail sentence to be served by way of intensive corrections order. The magistrate ordered Johns to continue his medical treatment and disqualified him from driving for seven months.

He won't be going to jail, rather will be serving his sentence in the community.

Since his meteoric rise to fame as a 14-year-old Johns has suffered from complex PTSD, major depressive disorder, alcohol use disorder, personality disorder, and severe and chronic pain associated with reactive arthritis. The court was told the release of his new album FutureNever had triggered a decline in Johns' mental health before the crash. Since his discharge from rehab in June, he has remained a recluse in his home.

"If he ventures outside, that's when he's worried about people attacking him," Mr Wrench said. "It's his only safe spot."

His mother and brother – who have never spoken publicly about Johns before – made statements to the court that despite how serious the crash was, they were glad it prompted the treatment he needed.

At the time of the charge, Johns wrote a statement on Instagram, saying he fully acknowledged his actions and that he was "deeply remorseful".

They also visited an emergency relief shelter, where it was confirmed that thousands of people would have access to federal disaster payments from tomorrow.

You can hear more about this topic on tonight's episode of The Quicky below:

The payments of $1000 per adult and $400 for each child were signed off by Albanese after a meeting of cabinet. The payments will be made available to residents of the 23 local government areas where a natural disaster has been declared. People can apply for the payments via the Services Australia website from 2pm Thursday. 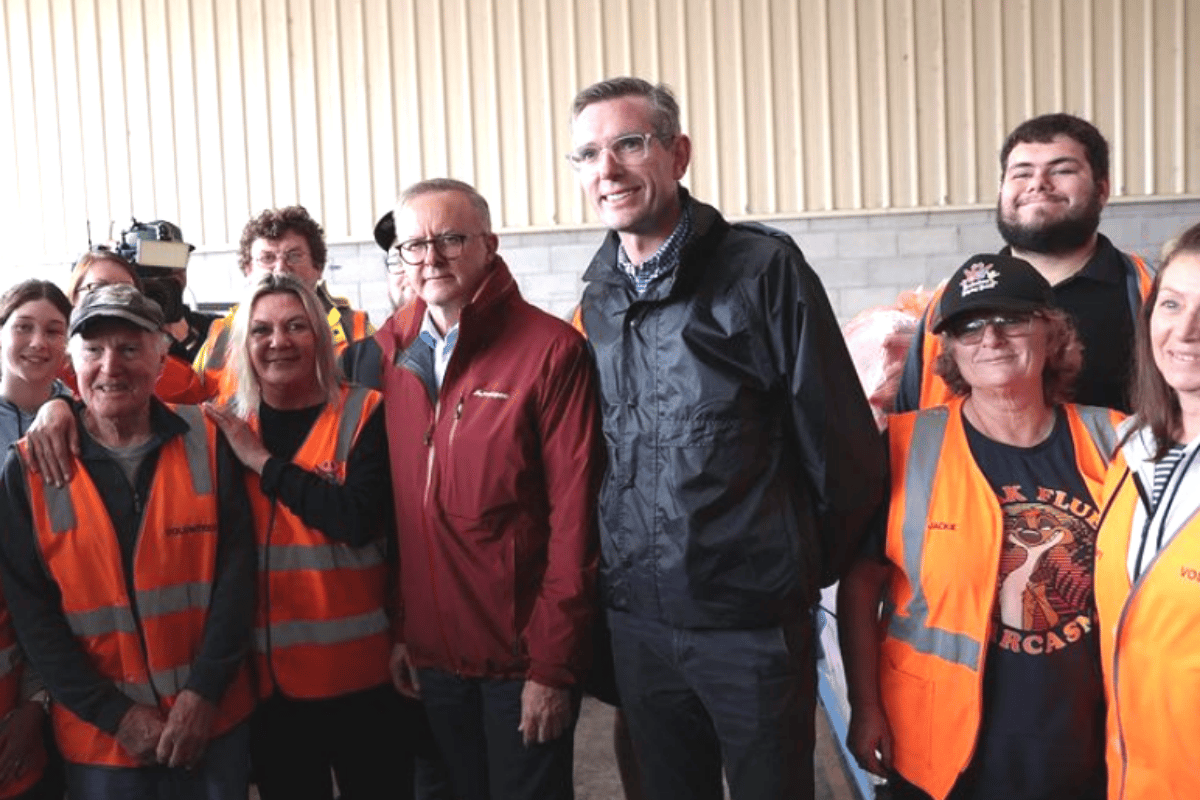 A month after a jury ruled in favour of Johnny Depp in the defamation case against Amber Heard, Amber Heard’s legal team has now filed for the verdict to be thrown out amid allegations of jurors not being properly verified.

Plus, there’s a bit of drama brewing around singer turned Olympian Cody Simpson’s new relationship with fellow Olympic swimming star Emma McKeon. Allow us to explain to you how the celebrity and sporting worlds have come together to create a perfect storm of gossip.

Get The Spill in your ears now!

Kyrgios' assault allegation, and all the news you need to know this morning.

Here are the top news stories you need to know today, Wednesday July 6.

Warning: This post mentions assault and could be triggering for some readers.

Nick Kyrgios will play his Wimbledon quarter-final with a court appearance pending back in Australia.

The tennis star has been summoned to face the ACT Magistrate's Court on August 2.

"(Police) can confirm a 27-year-old Watson man is scheduled to face the ACT Magistrate's court ... in relation to one charge of common assault following an incident in December 2021," ACT Police said in a statement yesterday.

The Canberra Times reports that the assault allegedly involved a former girlfriend.

Lawyer Jason Moffett confirmed he had been briefed in the matter and his client, Kyrgios, was aware of the allegation.

"It's in the context of a domestic relationship," Moffett told The Canberra Times. "The nature of the allegation is serious, and Kyrgios takes the allegation very seriously."

"Given the matter is before the court ... he doesn't have a comment at this stage, but in the fullness of time we'll issue a media release."

Kyrgios is due to play Chile's Cristian Garin at the All England Club today for a place in the Wimbledon semi-finals.

A flood watch has been issued for the Mid North Coast as the heavy rain that lashed Sydney moves toward the Queensland border, the Bureau of Meteorology says.

However, residents in the Northern Rivers region, which experienced the most devastating floods in its history a few months ago, should only expect showers and possible storms, says BOM.

About 50,000 people have been given evacuation orders or warnings across NSW, with Federal Emergency Management Minister Murray Watt saying NSW is not out of danger yet.

"The message is hopefully the worst has passed, but no one knows that for sure," Senator Watt told reporters.

The bureau said parts of the state received more than 700mm of rain over four days.

From July 1 to 9am on the 5th parts of #NSW received almost 700mm of rain. Places in Illawarra had record July rainfall in just a few days, while moderate to major flooding continues in some parts. Latest warnings @ https://t.co/Ss766eSCrL
Rain stations: https://t.co/Nkszyvt42C pic.twitter.com/8JeyqUCdcw

Prime Minister Anthony Albanese and NSW Premier Dominic Perrottet will today visit parts of southern and western Sydney that have suffered four floods in the past 18 months.

3. Dawson maintains innocence as trial draws to a close.

Chris Dawson will maintain that he did not kill his wife Lynette in January 1982, as his murder trial draws to an end.

Returning to court for a second day of closing submissions today, Dawson's legal team will continue its attack on the Crown's case that Lynette was murdered because of her husband's infatuation with one of his high school students, known as JC.

Yesterday, Dawson's barrister Pauline David said her client was innocent, arguing that he had no motive for murder. 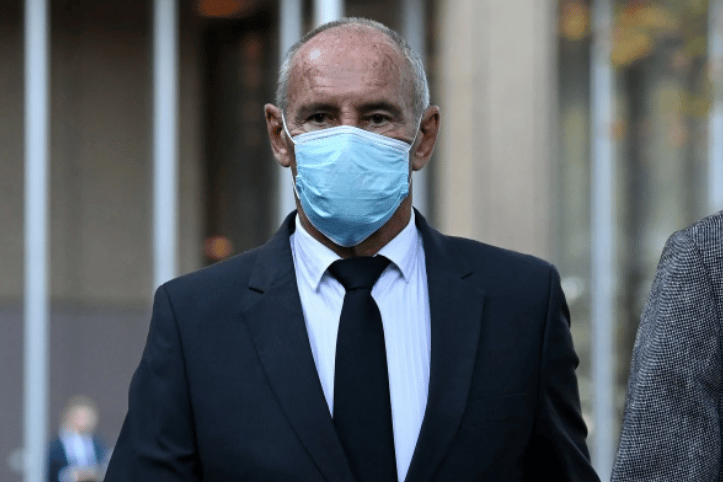 David submitted that Lynette had abandoned her matrimonial home in the Sydney suburb of Bayview and had cut contact with friends and family in order to start a new life.

Lynette had been through several months of turbulence because of her husband's pursuit of JC, which included moving her into the family home, NSW Supreme Court Justice Ian Harrison heard.

She had also been dealt a devastating blow by Dawson's choice to drive up to Queensland with his teenage lover over Christmas 1981 in an attempt to break free from the marriage, David argued.

"The world that she had built with Christopher Dawson was falling down around her," the barrister said.

Victoria has extended its pandemic declaration by three months as health experts consider whether to reintroduce mask mandates or a second booster to curb COVID-19 cases.

The declaration was due to expire before midnight on July 12, but has been extended until at least October 12.

In a statement yesterday, Premier Daniel Andrews said he was satisfied COVID-19 continues to pose a "serious risk" to public health throughout the state.

NSW Health Minister Brad Hazzard also warned that anyone who isn't fully vaccinated is "crazy" as the state braces for a third wave to peak in late July and early August.

State and territory health experts are considering whether to reintroduce mask mandates to curb the case increase.

Prime Minister Anthony Albanese also said the Australian Technical Advisory Group on Immunisation was looking at the benefits of widening the eligibility for a second booster.

More than 36,000 infections were reported nationally yesterday and there were 3740 people with COVID in hospitals across the country, the highest levels since February during the height of the Omicron wave.

In case you missed it, in last night's feed we reported on the arrest of 12 people linked to a religious cult, after an eight-year-old girl died in her family home in Toowoomba earlier this year.

Elizabeth Rose Struhs was allegedly left to die by her parents, who are accused of withholding her diabetes medication for six days.

Queensland Police will allege that instead of calling paramedics, the parents gathered members of their church to pray over her body.

Police allege Elizabeth Rose Struhs had been suffering a medical condition and was denied access to treatment for six days by a religious group in Toowoomba, who were aware of the child's illness. #9Newshttps://t.co/TKmkgqfLCu

Seven women and five men are now accused of being aware of the girl's declining health but failing to alert authorities.

All 12 are expected to be charged with murder, taking the number of people charged over the girl's death to 14.

That's all the top stories you need to know this morning. We'll keep you updated throughout the day.

Cancellations and delays: What the heck is going on with airports right now?

Australia's airline industry is now seeing demand that is back to pre-pandemic levels, with millions jetting off for a much needed getaway. But the dream can quickly become a nightmare once you arrive at the airport.

Cancellations, delays, lost baggage and a whole host of other issues are creating chaos for travellers and airport staff.

The Quicky speaks to a woman who recently experienced one of the worst trips of her life trying to get to Europe, and an Australian airport's spokesperson to try and get to the bottom of what is going on.