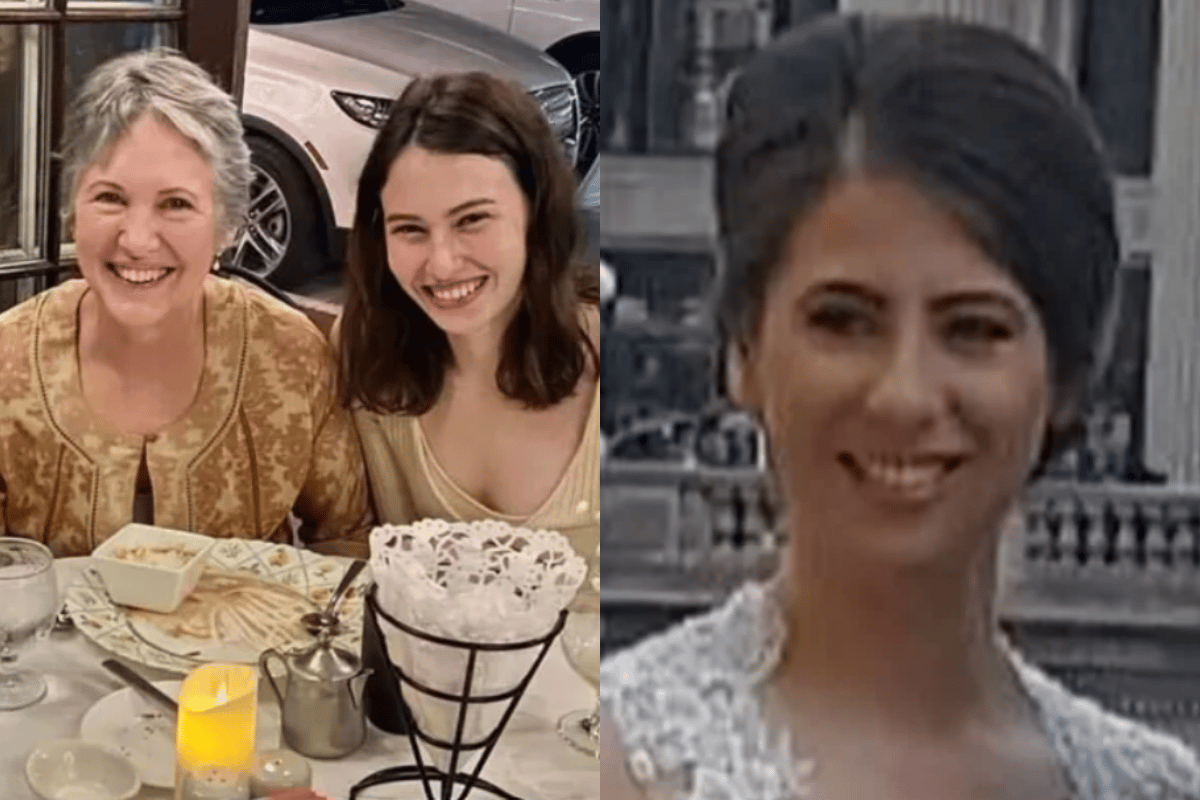 Seven people have been killed and more than three dozen hospitalised after a gunman with a high-powered rifle opened fired at a Fourth of July parade in the US on Monday.

21-year-old Robert Crimo has been charged with seven counts of first-degree murder following the shooting, which took place just after 10am in the Chicago suburb of Highland Park.

According to officials, Crimo planned the attack for weeks and fired more than 70 rounds into the crowd from a rooftop with a rifle he purchased legally. He then dressed in women's clothes to help conceal his identity and blend in with the crowd as he fled.

The shooting - which marred a national day of celebration, commemorating the Declaration of Independence - claimed the lives of 35-year-old Irina McCarthy, 37-year-old Kevin McCarthy, 78-year-old Nicolas Toledo, 88-year-old Stephen Straus, and 63-year-old Jacki Sundheim, a teacher at a Highland Park synagogue, among others.

In May, the world was brought to a standstill by the deaths of 19 children and two teachers at an elementary school in Texas.

The following month, June, the country notched up another 68 mass shootings with 78 killed.

As details continue to emerge from the latest attack, here are the stories we're hearing about the victims and families left behind.

Two-year-old Aiden McCarthy has been orphaned after attending the parade with his parents.

Irina McCarthy, 35 and Kevin McCarthy, 37, were attending the Fourth of July parade with their two-year-old son, Aiden, when they were both fatally shot.

Kevin was found bleeding on the ground by a stranger named Lauren Silva, who was heading to breakfast with her boyfriend when she heard gunshots. 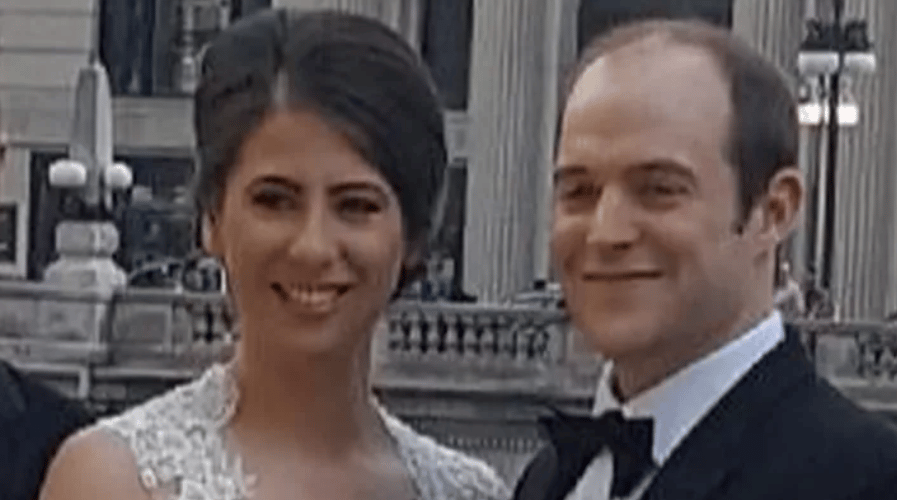 Her boyfriend tried to stop the bleeding when he noticed two-year-old Aiden underneath his father and passed him over to Lauren.

"He wasn't crying," Lauren told ABC News. "He just kept saying, 'Is mumma or dada OK?' And it was hard to look at him in the face and say it's going to be okay when I didn't know if it was."

Aiden McCarthy, 2, lost BOTH of his parents (Irina, 35 and Kevin, 37) during the mass shooting in Highland Park.

He was found under his Dad’s body.

Aiden deserved more from us. He deserved for us to protect his parents. pic.twitter.com/dQkTIlzzuZ

Aiden, whose photo from the shooting has gone viral online, was later passed over to another couple - Dana and Greg Ring - who brought him to the fire department.

"Every time I tried to ask him what his name was, the response he gave to me was, 'Mama, Dada come get me soon. Mummy's car come to get me soon,'" Dana told Good Morning America.

Seven people were killed in the July 4th parade shooting in Highland Park, including the parents of a two-year-old child. @sramosabc has more on the victims. https://t.co/3y2oJIpgz9 pic.twitter.com/Uc4G9zvTvS

Aiden was later reunited with his grandparents.

In a GoFundMe page set up to help Aiden's family, organiser Irina Colon wrote, "the North Shore community rallied to help a boy who we knew nothing about".

"At two years old, Aiden is left in the unthinkable position; to grow up without his parents... Aiden will be cared for by his loving family and he will have a long road ahead to heal, find stability, and ultimately navigate life as an orphan."

At the time of publication, the fundraiser has raised over $2.7 million.

Katherine Goldstein died in front of her 22-year-old daughter.

64-year-old Katherine Goldstein was shot in the chest while fleeing from the parade with her daughter, Cassie.

During the parade, Cassie noticed the gunman on a roof and told her mother to "run".

"I started running with her, and we were next to each other, and he shot her in the chest, and she fell down," the 22-year-old told NBC News. 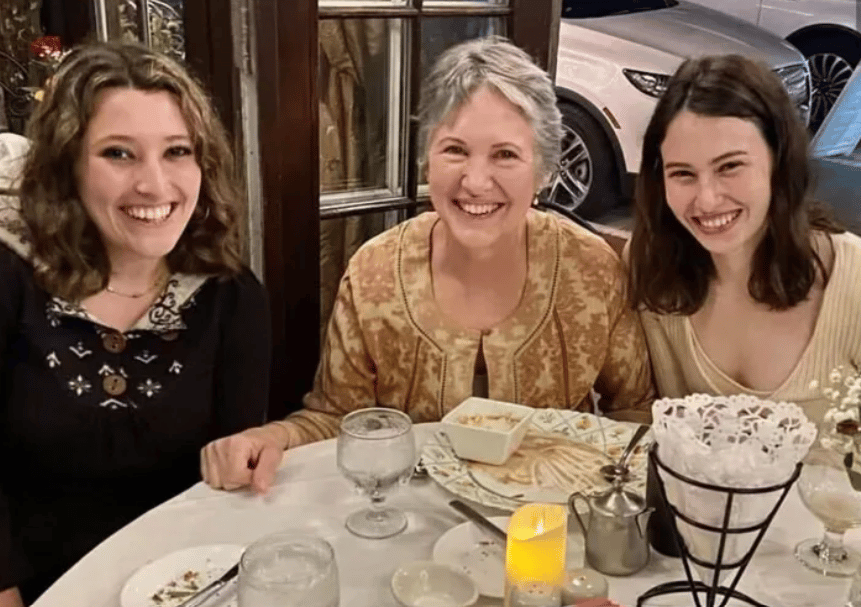 Katherine Goldstein with her daughters. Image: Courtesy of Goldstein family.

With people still being shot around her, Cassie was able to tell her mum she loved her before she fled to safety.

"I knew she was dead, so I just told her that I loved her, but I couldn't stop because he was still shooting everyone next to me."

Highland Park victim's daughter: "He shot her in the chest and she fell down, and I knew she was dead. I told her that I loved her but I couldn't stop because he was still shooting..." pic.twitter.com/Rgzr6uLLdl

Cassie went on to share a memory of her mum before she died, recalling her waving at "every float that went by" at the parade.

Katherine's husband, Craig Goldstein told CNN that he remembers his wife as a kind and funny person, who spent her evenings playing games with her two daughters.

Eduardo Uvaldo died in hospital after being shot at the parade with his grandson.

69-year-old grandfather Eduardo Uvaldo was shot while attending the parade with nine of his family members.

In a GoFundMe page, Uvaldo's granddaughter, Nivia Guzman, said her family attended the Fourth of July parade every year and recalled the event being "being filled with happiness and laughter".

"This year was different, this year was filled with fear, sadness, and tragedy," she wrote. 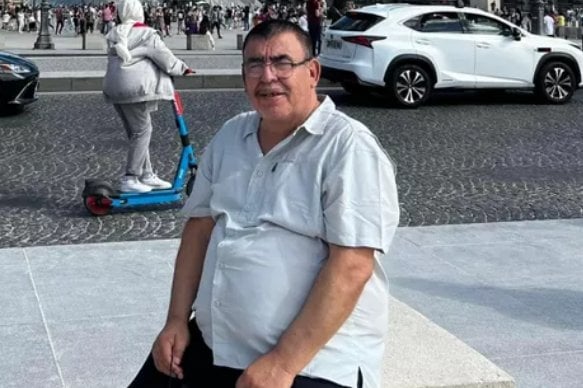 Nivia went on to share her grandfather - who she described as a "kind, loving, and funny man" - was shot in the arm and the back of the head.

Her 13-year-old brother was also shot and her grandmother, Maria, was hit in the head by shrapnel. Both are expected to fully recover.

"We just heard pop, pop, pop. We thought it was fireworks and then my sister saw the shooter," Uvaldo's daughter, Nubia Hogan, told ABC News.

Eduardo's family later made the difficult decision to remove his ventilator after doctors said there was nothing more they could do to save his life.

"He's taught us how to be responsible," Nubia said of her father. "My dad worked his whole life without missing a day. He always had the perfect attendance. He's a good man."

L
laura__palmer a month ago