How world leaders have reacted to Albanese as PM.

Prime Minister Anthony Albanese has been welcomed on the international stage by world leaders.

This week, Albanese is meeting with US President Joe Biden, Japanese Prime Minister Fumio Kishida and Indian Prime Minister Narendra Modi in Tokyo for the Quad leaders meeting. And from the looks of things so far, it’s going great.

Today I had the pleasure of meeting with PM Kishida @JPN_PMO, @POTUS and @narendramodi at the Quad Summit in Tokyo. We affirmed our shared commitment to the Quad, and to a free, open and resilient Indo-Pacific. I look forward to hosting Quad Leaders in Australia in 2023. pic.twitter.com/pQ97B1nufQ

A warm welcome for @SenatorWong as we landed in Tokyo this evening.

Speaking about the meeting, Albanese said - “We have had a change of government in Australia, but Australia's commitment to the Quad has not changed and will not change.”

Albanese’s new role was also publicly welcomed by the Chinese Government - which, given both countries’ current relations, is a promising sign.

China’s Premier Li Keqiang congratulated Albanese directly, as well as saying - “The Chinese side is ready to work with the Australian side to review the past, look into the future and uphold the principle of mutual respect and mutual benefit, so as to promote the sound and steady growth of their comprehensive strategic partnership.”

Female TV presenters in Afghanistan forced to cover their faces.

And from this week we’ve seen this take place, with most of the women having their faces covered by force - not by choice. There would be fear of punishment as well upon those who don’t comply.

It is a hardline public shift from the Taliban, which has been condemned across the world, particularly by womens’ rights activists.

Additional measures from the Taliban include ordering all women in public to wear head-to-toe clothing that leaves only their eyes visible. Along with that, girls are now barred from attending school after sixth grade.

There has been a dramatic surge in flu cases while the COVID-19 pandemic continues putting hospitals under significant pressure.

Emergency department presentations for flu have increased as staff continue to fall victim to the viruses. About 2000 workers are absent from NSW hospitals on an average day.

After two years with few cases, NSW Health Minister Brad Hazzard says a “horror flu season” has “hit NSW earlier and harder than it has for many years”. Health Secretary Susan Pearce said the double whammy of a flu resurgence in an unrelenting COVID-19 pandemic put emergency departments “under significant pressure”.

Chief pediatrician Matt O’Meara said children aged six months to five years were particularly vulnerable to flu, with at least 10 per cent of youngsters in hospital with the virus so sick they needed intensive care.

The Greens have called on the government to make the flu vaccine free for everyone amid a surge in cases. Queensland announced on Monday it would provide free vaccines for all for a month.

There are particularly large case numbers of the flu in NSW, Queensland and South Australia. SA Health said there had been 727 flu notifications between January 1 and May 14 this year, compared with 12 cases for the same period last year.

There have been 14,812 reported flu cases and 3349 have attended emergency departments with influenza-like illnesses in NSW this year, a third of them in the past week.

Labor looks to win majority government, and all the news you need to know this morning.

But now that we have a shiny new PM, what happens next? And what will happen to Scott Morrison and the Liberal party now?

﻿But first, let's get you across the biggest news stories you need to know this morning.

1. Labor on track for majority government.

Official figures show Labor holding 75 seats in the 151-seat House of Representatives, and the Coalition on 59.

Six seats have candidates within 1000 votes of each other and a further six are awaiting the electoral commission to calculate a two-candidate preferred position.

This gives the prime minister a confidence buffer in case Labor falls short of a majority when the counting concludes.

A warm welcome for @SenatorWong as we landed in Tokyo this evening.

Meanwhile, former treasurer Josh Frydenberg has conceded the seat of Kooyong and congratulated Independent candidate Monique Ryan on her victory.

"Today I rang Dr Monique Ryan to congratulate her on the election result in Kooyong and wished her well for the term ahead," he said.

"It's been an incredible privilege to have served as the local member for the last 12 years."

Chris Dawson's wife, Lynette, was seen with bruises around her throat three days before disappearing, a court has been told.

Annette Leary, who worked with Lynette at the Warriewood Children's Centre on Sydney's northern beaches, told the court yesterday that Lynette had been seen with bruises around her throat three days before she failed to turn up to work and disappeared in 1982.

After a counselling session to resolve marriage difficulties, Dawson grabbed his wife by the throat and said he would get rid of her, Leary said.

She said she saw the bruises on a Friday in January 1982 and that Lynette did not come to work the following Monday. 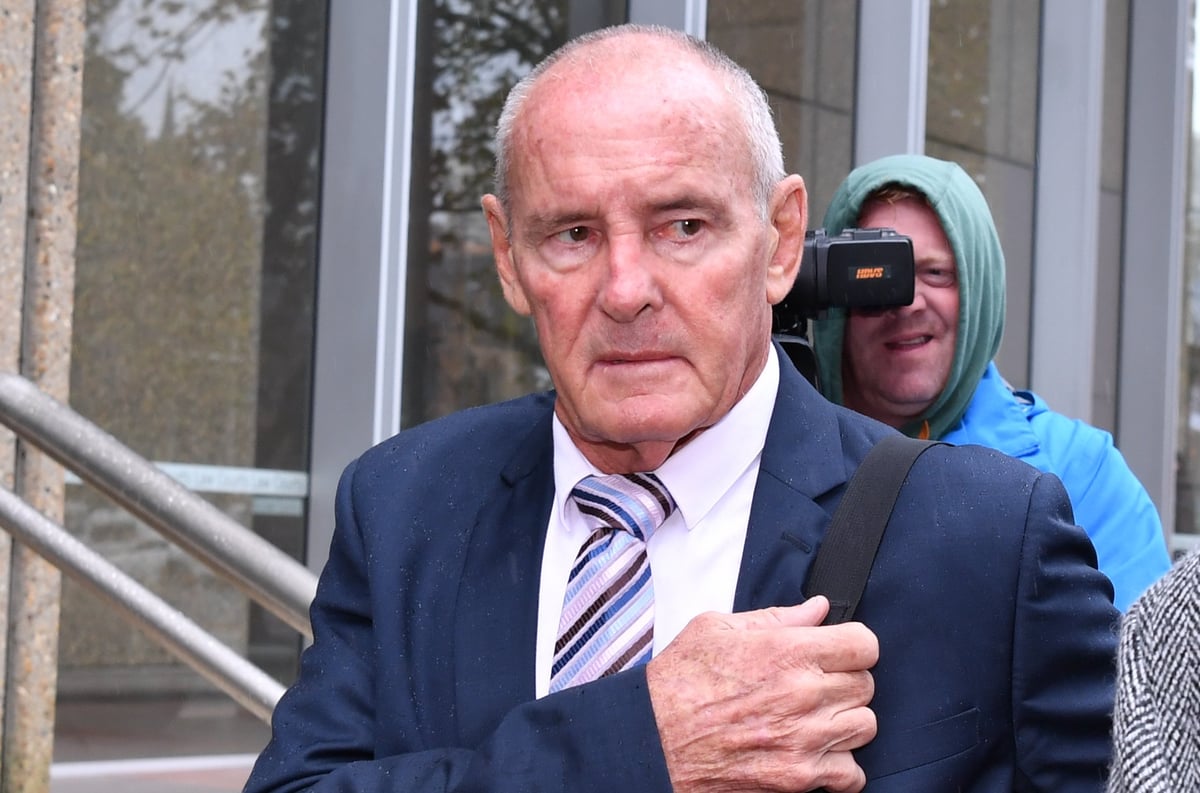 She said Dawson called her to say that his wife had gone away and that he did not know when she was coming back.

Leary will continue to give evidence against Dawson in the NSW Supreme Court today.

3. Andrew O'Keefe has been granted bail.

Former television host Andrew O'Keefe has been granted bail in the NSW Supreme Court to attend a rehabilitation centre.

To combat his substance abuse that includes cocaine, ice and cannabis, he proposed a stint in rehab for up to 12 months.

"It offers the applicant an opportunity to address issues that have led to... a significant descent into an erratic and chaotic lifestyle," Justice Hulme said.

He accepted that the former Deal or No Deal host experienced greater hardship in custody than someone typically on remand.

O'Keefe was charged in January with two counts of intentionally choking a person, three of common assault, and assault occasioning actual bodily harm.

Indigenous Australians hold less than one per cent of senior leadership roles across the nation's largest employers, a new report has found.

The Indigenous Employment Index, released by the Minderoo Foundation today, found just 0.7 per cent of the 42 surveyed organisations, have Aboriginal and Torres Strait Islander people in management positions.

"It wasn't a surprising finding," Generation One director and Nyoongar woman Shelley Cable told AAP. "But it absolutely does not reflect the leadership capacity and capability of our people.

The report, which surveyed organisations employing more than 700,000 people in the public, private and not-for-profit sectors, found the average Indigenous employment rate was 2.2 per cent.

The Indigenous Employment Index has just been released for the first time. And the top line is shocking: only 0.7 Aboriginal and Torres Strait Islander hold senior positions in Australian workplaces.https://t.co/GjoO7jYFqp @SBSNews https://t.co/LuwxmsNWEF

The report also found more than half of Indigenous people reported experiences of direct or indirect racism while at work (55 per cent).

"Racism is still alive and well in Australian society and therefore also in Australian workplaces," Cable said. "It's not unique to the 42 employers."

A Russian soldier has been sentenced to life in prison for killing an unarmed civilian in the first war crimes trial since Ukraine was invaded.

Vadim Shishimarin, a 21-year-old tank commander, had pleaded guilty to killing 62-year-old Oleksandr Shelipov in the northeastern Ukrainian village of Chupakhivka on February 28 after being ordered to shoot him.

Judge Serhiy Agafonov on Monday said Shishimarin, carrying out a "criminal order" by a soldier of higher rank, had fired several shots at the victim's head from an automatic weapon.

"The court has decided: Shishimarin Vadim Evgenyevich... is found guilty... and sentenced him to life imprisonment," he said.

"Given that the crime committed is a crime against peace, security, humanity and the international legal order... the court does not see the possibility of imposing a (shorter) sentence of imprisonment on Shishimarin for a certain period."

You're all up to speed. We'll be back to bring you more of the biggest stories throughout the day.

Why is it so hard to give up fast fashion?

Like fast food, fast fashion is addictive. You can get a whole new outfit, or 10, to brighten up your wardrobe and it barely makes a dent in your weekly budget.

But how good is it for the planet?

Today The Quicky explores just how booming an industry it is, how these ultra-cheap items are made and what we as consumers can do to shop ethically and sustainably without draining our bank accounts.