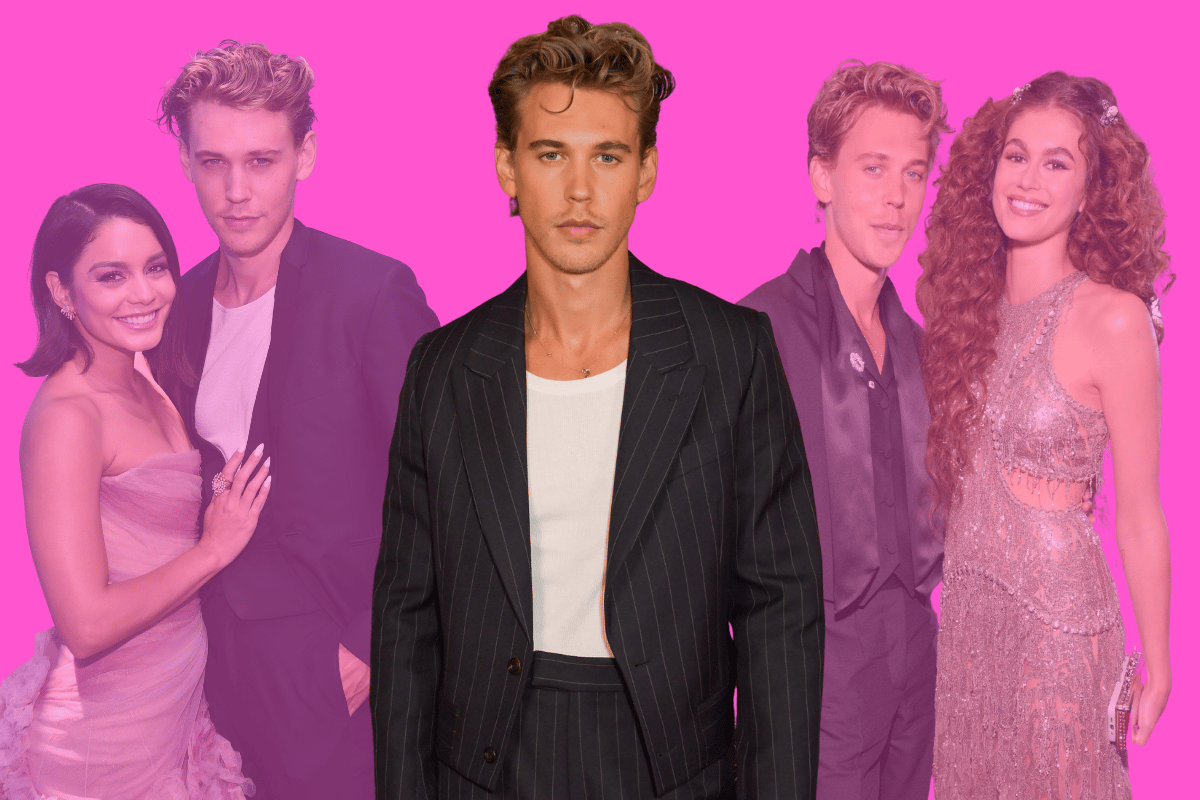 Famed Australian director Baz ﻿﻿﻿Luhrmann was in the middle of casting his new biopic, Elvis, when he received a phone call from none other than actor Denzel Washington.

Luhrmann didn't know Washington, but knew his standing in Hollywood.

And it was Washington who recommended Austin Butler for the role. The pair had worked together in 2018 on a Broadway production of Eugene O'Neill's The Iceman Cometh.

"I received this videotape of this young man (Austin Butler) in a flood of tears playing 'Unchained Melody,' and I thought, 'Wow, what is that? How is that happening?' And then I got a call from Denzel Washington, who gave me a cold call. I did not know Denzel. And he said, 'I've just worked with this guy on stage. I've never seen a work ethic like it'."

It was from that moment that Luhrmann thought he had found his Elvis.

Given Butler is in the spotlight for his performance in the new biopic, here's all we know about Austin Butler.

Born in 1991 in California, Butler got into acting from a young age. He had a string of roles in Disney and Nickelodeon productions like Aliens in the Attic, Sharpay's Fabulous Adventure, Zoey 101 and a few appearances on Wizards of Waverly Place.

One of his biggest roles was in The Carrie Diaries - a teenage version of Sex and the City.

Acting full time, Butler was homeschooled, and said he was a quiet and introverted child growing up.

"I didn't really have a passion for anything that included other people at that time. I wouldn't go play sports. I wouldn’t do things with other kids. I never had a real prom. But I had prom in a TV show. I printed out the Pulp Fiction script when I was 12, and I'd read it to my mum in the car - that was my dream," he said to GQ.

Often playing the 'teen heartthrob', in his early adult years Butler hoped to make the leap "into something more serious".

"I don't want to be just a guy who walks in slo-mo through a door," he said.

The change of direction also coincided with his mother Lori's death from cancer in 2014. 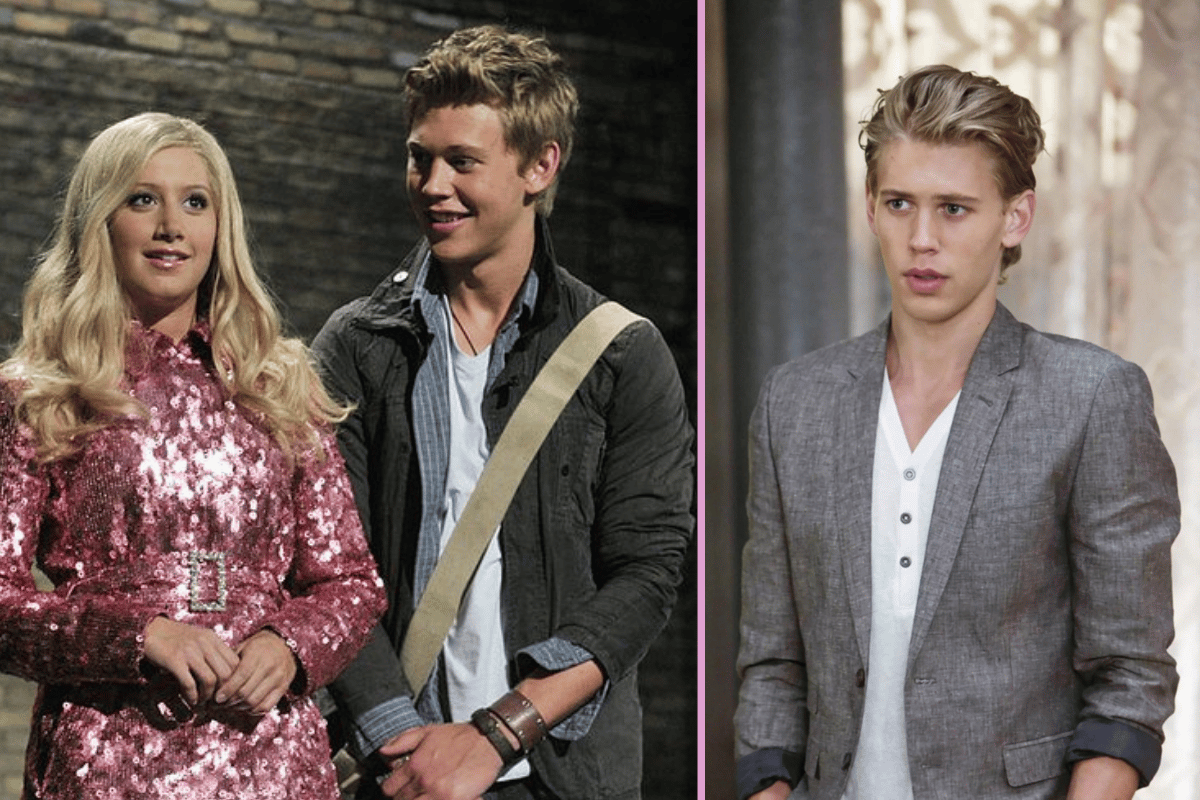 During this time, Butler was also best known for his relationship with fellow actor Vanessa Hudgens.

Reports suggest the pair first crossed paths back in 2005 on the set of High School Musical. At the time, Hudgens was dating Zac Efron. But when they split in 2010, it left room for Hudgens and Butler to form a relationship early the following year.

When asked about his relationship with Hudgens and what he loved most about her, Butler told Cosmopolitan:

"[I always wanted] someone who is selfless in nature and cares about others - that's such a huge thing for me. How someone treats a waiter or doorman can tell you so much about a person. And I'm attracted to someone who is a hard worker and is passionate about what they do."

And for the next few years, the couple was full of warm words to say about one another.

"Yesterday was the love of my life's birthday," she wrote on Instagram back in 2014. "Happy birthday to the man with the kindest heart, beautiful soul, crazy talent and best looks I've ever seen. He never stops inspiring me in every aspect of life and always lifts those around him up higher. I thank god so greatly for blessing the world 23 years ago by creating Austin Butler." 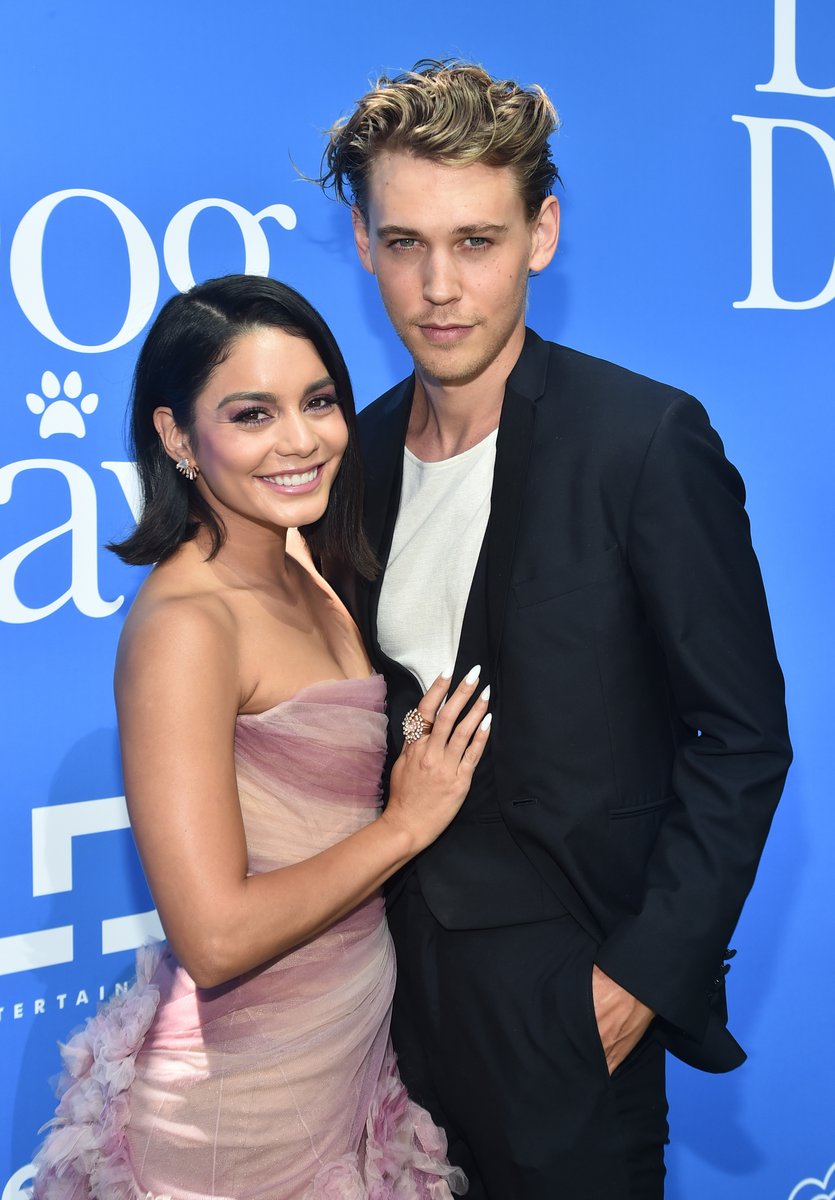 But in early 2020, it was announced that the couple had split after nine years together.

When asked about the breakup in his profile interview with GQ, Butler said: "Life is full of changes, and you've got to find a way to constantly be evolving and growing."

He did however acknowledge it was Hudgens who had encouraged him to play the role of Elvis in the first place. When he and Hudgens were still dating and in the car singing 'Blue Christmas' it was Hudgens who said he should go for the role.

In August 2021, Butler was seen out with Lily-Rose Depp, but by December that year, was officially dating model Kaia Gerber, the daughter of Cindy Crawford. They have since attended multiple red carpet events together, including most recently the Met Gala and the Cannes Film Festival. 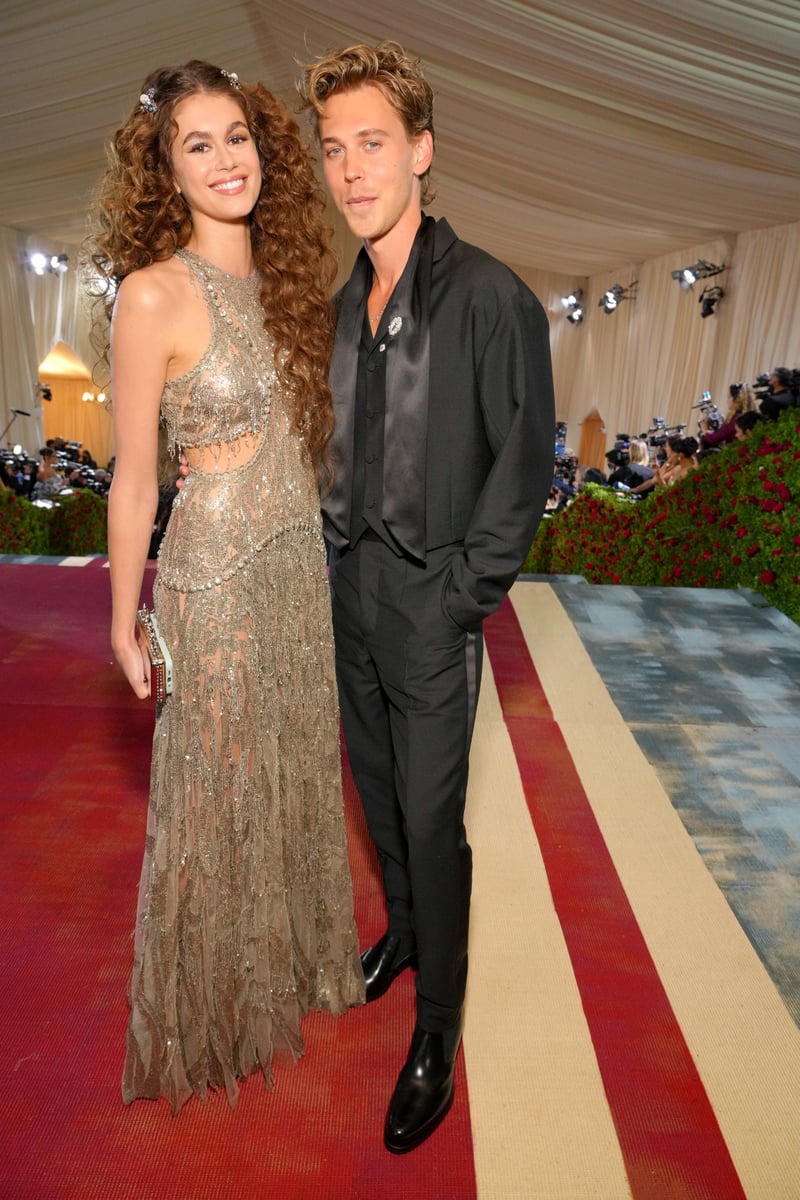 Speaking of the Cannes Film Festival, it was a major success for Butler and his fellow Elvis co-stars, with the film receiving a 12-minute standing ovation.

Butler has credited Denzel Washington with much of his success.

"There's that thing where you meet your heroes, and you want to be their best friend. He started giving me acting advice and he really took me under his wing. He'd start telling me thoughts about the scene, and suddenly I've got Denzel almost as an acting coach," he said.

Preparing for the role of Elvis was full on, Butler said.

The young actor went to Graceland and met Elvis's ex-wife Priscilla Presley. The family didn't have anything to do with the film but have thrown their support and praise behind it.

"She looked like an angel. I walked down the hall with Baz afterwards with tears in my eyes," Butler said.

But it was the connection between himself and Elvis that stuck with him.

"His mother passed away when he was 23, and my mum passed away when I was 23. So when I learned that, it was one of those things where I got chills, and I just thought, Okay, I can connect to that."

Butler said the positive response from Lisa Marie Presley when she watched the final film also "brought him to tears".

Elvis' daughter Lisa Marie said on an Instagram live video: "Austin Butler channeled and embodied my father's heart and soul beautifully. In my humble opinion, his performance is unprecedented and FINALLY done accurately and respectfully. You can feel and witness Baz's pure love, care, and respect for my father throughout this beautiful film, and it is finally something that myself and my children and their children can be proud of forever."

As Butler said: "I want everybody to love the film, obviously, but the pressure I have really felt is doing justice to Elvis. Humanising him. Adding to his legacy and maybe, hopefully, even reclaiming some of his legacy." 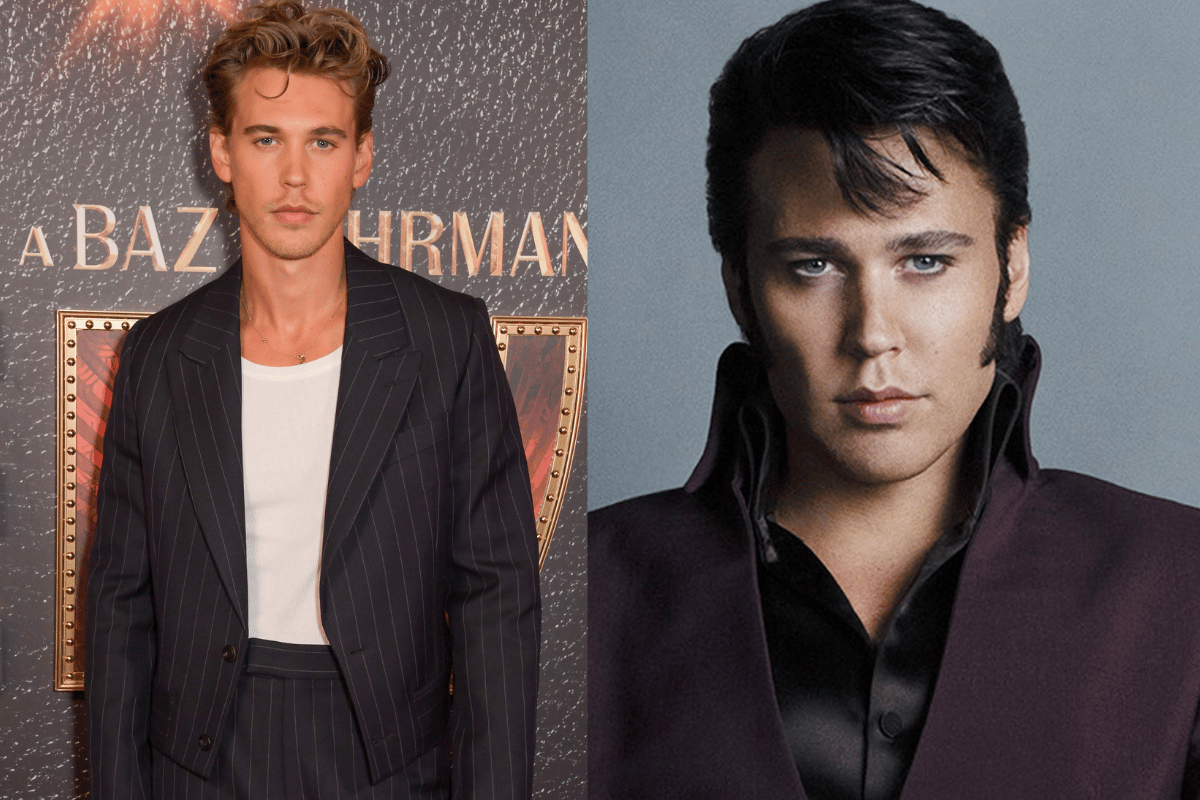