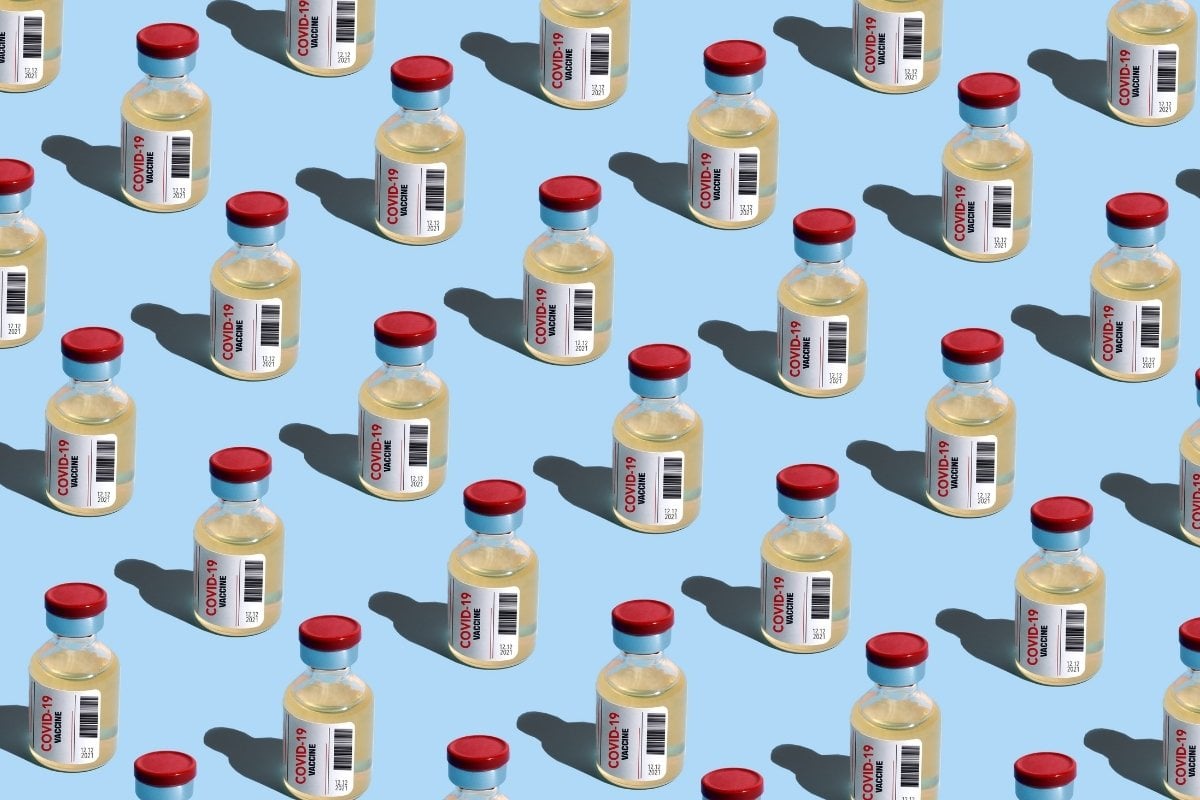 Hands up if you're a tad confused by everything that's going on with Australia's vaccine rollout.

Who could blame you? As health authorities and government agencies grapple with shifting data, as well as supply and logistical issues, the plan has changed multiple times over recent months.

It's the jab on everyone's lips at the moment. So let's take a minute to pause and catch up on what we know about the AstraZeneca vaccine.

Remind me. Where did the AstraZeneca vaccine come from?

The AstraZeneca vaccine was developed in the United Kingdom by researchers from Oxford University and pharmaceutical/bio-tech company AstraZeneca.

After undergoing the same rigorous clinical trial process required of all vaccines, it was approved for use in the British vaccination program. Tens of millions of doses have been administered there since January.

It has since been granted regulatory approval in more than 40 countries around the world, including Australia.

It's one of two COVID-19 vaccines signed off by our Therapeutic Goods Administration after undergoing further analysis for safety, efficacy and quality. The other jab available is the Pfizer-BioNTech vaccine.

Both are safe and highly effective at preventing illness from COVID-19.

What are the side effects of AstraZeneca vaccine?

The most commonly reported side effects of the AstraZeneca vaccine are fatigue, headache, body aches and fever.

More severe potential side effects include anaphylaxis and a blood clotting condition called thrombocytopenia syndrome, or TTS. Both are, thankfully, incredibly rare.

It's the latter that's driven expert recommendations about who should receive the jab.

What is the chance of developing blood clots from the AstraZeneca vaccine?

So far Australia has recorded 64 cases of confirmed or suspected TTS from approximately 4.2 million doses of the AstraZeneca vaccine.

Of those, tragically, two have died.

Still, that means that, of the small number of cases of the syndrome, just 3 per cent proved fatal.

Over 6 million Australians have taken the next step, and received their first #COVID19vaccine. Thousands of GPs and vaccination clinics are providing services across the country. It’s free, simple & the best way to protect ourselves. Learn more at https://t.co/TUKfzVuGVm pic.twitter.com/eFojlXPm03

As the Federal Government explains, "It is not currently possible to predict who will develop TTS. The only risk factor for TTS identified right now is age. TTS is less likely in older adults than younger adults."

Hence why various governments, including Australia's, have recommended the AstraZeneca vaccine be reserved for older recipients.

Australia adjusted its rollout plan as recently as June 17, when the Australian Technical Advisory Group on Immunisation (ATAGI) recommended people in their 50s have the Pfizer jab. This was based on data showing a slightly increased risk of TTS in people aged 50-59.

So who can get the AstraZeneca vaccine in Australia?

Everyone else has, or will, receive the Pfizer jab.

So people under 40 can now get the AstraZeneca vaccine?

Speaking at a press conference on Monday night, Prime Minister Scott Morrison made the surprise announcement that any Australian over the age of 18 can now choose to access the AstraZeneca vaccine through a general practitioner.

"If they wish to go and speak to their doctor and have access to the AstraZeneca vaccine they can do so," he said.

Until the PM's announcement, the majority of Australians under 40 were not yet eligible for either vaccination, as the Federal Government's staged rollout plan has prioritised our most vulnerable citizens (including frontline workers and older Australians).

Now, adults of any age can opt-in to receive an AstraZeneca vaccine, rather than waiting for their turn to get a Pfizer jab — which, based on the current rate of the rollout and Pfizer supplies, could take several months.

Anecdotal evidence suggests plenty of young Australians are taking advantage of the opportunity.

Phones are ringing off the hook at GP clinics. We had no warning of last night's announcements and this isn't the first time this has happened to general practice. It's vital that government provides significant support to GPs to implement these changes to the vaccine rollout.

"We’ve certainly heard from GPs today that they are getting lots of calls from patients who are interested in accessing the vaccine," AMA President Dr Omar Khorshid told media on Tuesday.

"So, GP practices may be a little busy today on the phones, so please everyone just be patient. Give the GPs a chance to get ready for this new change."

What are health authorities saying about under-40s accessing AstraZeneca?

The recommendation from ATAGI remains unchanged: Pfizer is the preferred vaccine for people under 60.

Hence why the Australian Medical Association has expressed surprise about the Prime Minister's announcement.

"The decision... was a surprise to the AMA, it’s a surprise to doctors," Dr Khorshid said. "[AstraZeneca] is safe, it is effective. But for those under 60, there is a better vaccine, and that is Pfizer."

On changes regarding vaccine advice, AMA President @amapresident says:
"AMA recommends Australians follow the expert ATAGI advice and have the recommended vaccine when it's available."
(1/2)

The chief health officers in several states also encouraged younger Australians to stick with the official (ATAGI) recommendations. Bluntest of all was Queensland's, Dr Jeannette Young.

"I do not want under-40s to get AstraZeneca," she said during a Wednesday press conference. "It is rare, but they are at an increased risk of getting the rare clotting syndrome."

Why is AstraZeneca considered OK for people over 60?

Because people aged 60 and over are at most serious risk of severe illness or death if they contract COVID-19. This age bracket represents 98 per cent of all COVID-19-related deaths so far in Australia.

They are also less likely to develop TTS.

Can you get one dose of Astra Zeneca and the second of Pfizer?

This is currently not recommended by Australian health authorities.

Research into the effectiveness of mixing and matching is currently underway in the UK, and the results of a recent Oxford University study found that a combination of Pfizer and AstraZeneca doses results in a strong immune response.

Still, for Australians who've had one dose of AstraZeneca, experts say it's important they don't hold off on getting their second AstraZeneca jab.

Epidemiologist and member of the World Health Organisation's COVID-19 advisory panel, Prof. Mary-Louise McLaws, told Mamamia's No Filter podcast that people who leave too long between their doses risk wasting their first jab.

"If you leave it longer than 120 days or four months, then you're potentially wasting that first dose, because your body has developed a nice antibody response — what's called priming — and that prime will disappear. And so you've got to go through it all over again," she said. "So please don't waste that first dose."

Remember, even in cities under stay-at-home orders, people are permitted to go and get a vaccine.

Consult your doctor about which vaccine is suitable for you.

Reply
Upvote
I called to find out if my kids could get it, but was told that its only over 18s. Gosh it will be such a relief when my kids are finally vaccinated. Even though COVID-19 is a lower risk for them, its still a thousand-fold higher than the risk of a blood clot from a vaccine.
News
General
Opinion
True Crime
Politics
Sport
Explainer
Entertainment
Celebrity
Reality TV
Movies
TV
Books
Rogue
Royal
Lifestyle
Beauty
Fashion
Weddings
Home
Wellness
Health
Fitness
Travel
Food
Family
Before The Bump
Pregnancy
Baby
Kids
Teens
School
Parent Opinion
Work & Money
Money
Finance
Career
Lady Startup
Relationships
Sex
Dating
Separation
Friendship
Family
Real Life
Couples