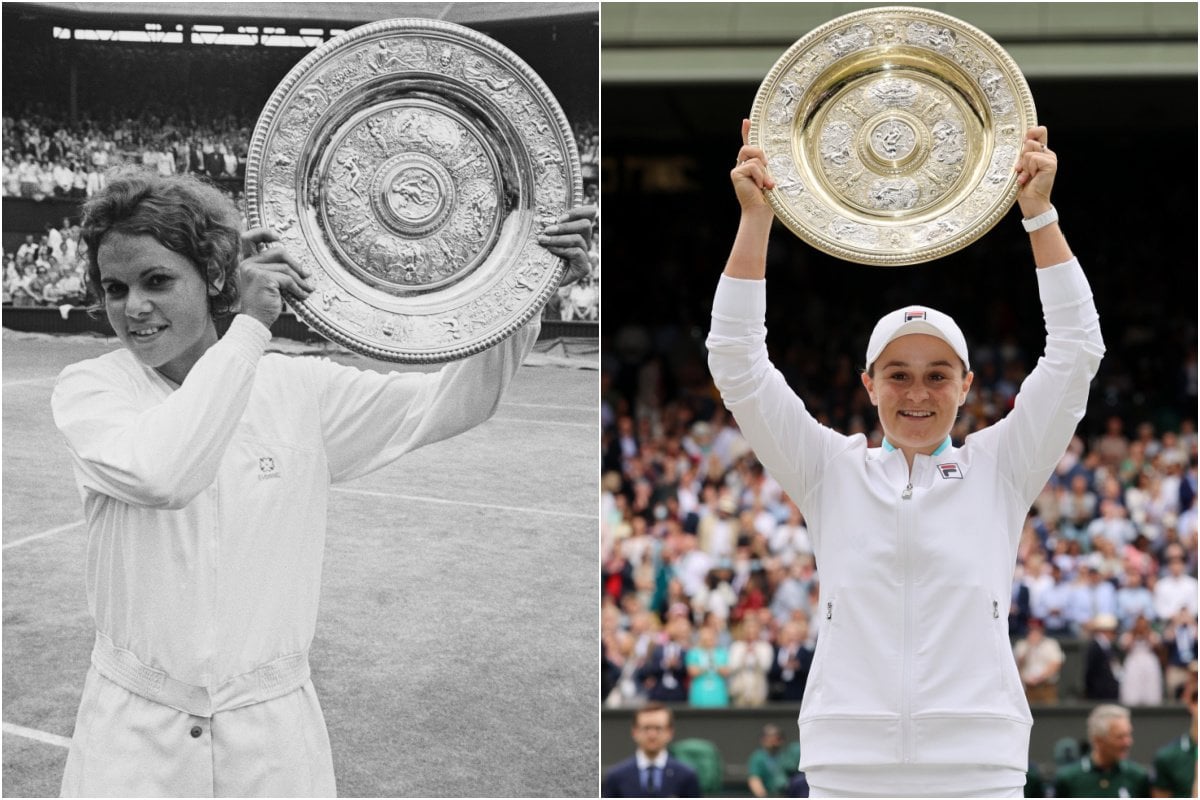 Then 18 and a junior Wimbledon champion, she was depressed and lonely.

She remembers a text message she received from Evonne Goolagong Cawley – an Australian tennis great who had become a mentor.

For the next two years, Barty played cricket in the women’s Big Bash League, before eventually returning to tennis in 2016.

In the six years since her return, the Ngaragu woman has climbed to the top as the World No. 1.

And then, in 2021, on the 50th anniversary of Evonne Goolagong Cawley's first Wimbledon win, Barty won the Wimbledon championship herself in a thrilling three-set match against Karolína Plíšková. And it was anything but a coincidence, with Barty even wearing an outfit that was inspired by the one worn by Goolagong Cawley fifty years before.

"I hope I made Evonne proud," the 25-year-old tearfully said in her post-match interview.

Goolagong Cawley, a Wiradjuri woman, won seven Grand Slam singles titles throughout her career. She is also the only mother to have won Wimbledon since 1914 – a title that still stands.

In a later interview, Barty shared further reflections on her closeness to her mentor: "It’s incredible that it’s happened to fall on the 50th anniversary of Evonne’s first title here.

"Evonne is a very special person in my life. I think she has been iconic in paving a way for young Indigenous youth to believe in their dreams and to chase their dreams. She’s done exactly that for me as well."

“I think being able to share that with her and share some pretty special victories now with her, to be able to create my own path, is really incredible, really exciting.

“Being able to have a relationship with her and talk with her through my experience, knowing she’s only ever a phone call away, is really, really cool," Barty continued.

“She’s just been an icon for years and years, not just on the tennis court. Her legacy off the court is incredible.

“I think if I could be half the person that Evonne is, I’d be a very, very happy person.” 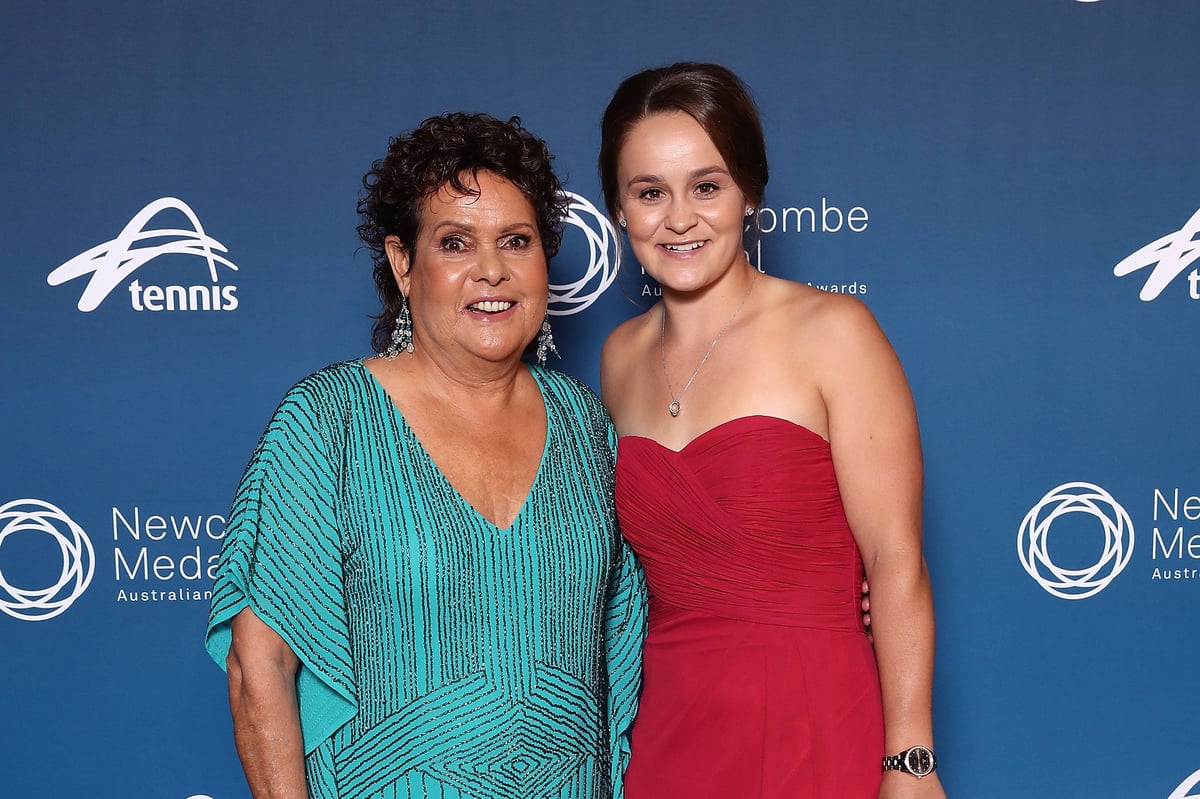 Evonne Goolagong Cawley and Ashleigh Barty pose ahead of the Newcombe Medal in 2018. Image: Getty.

The World No. 1's win also fell on the end of NAIDOC week - a time to celebrate the culture and achievements of Aboriginal and Torres Strait Islander Australians.

And this month, Barty announced during the Australian Open that she'd be donating her 2021 Wimbledon outfit to the National Museum of Australia, in a nod to Cawley.

"I'm a proud Ngarigo woman, a very very proud Indigenous woman," she said to the Open crowd after her win against Ukraine's Lesia Tsurenko.

"I think it's a beautiful way to express who I am... (and) to stay connected with so many people and First Nations people around Australia."

Barty was 12 years old when she learned that her great-grandmother was part of the Ngaragu people. In 2018, she became a Tennis Australia Indigenous ambassador.

Barty has always said that winning Wimbledon has been her childhood dream.

"It took me a long time to verbalise the fact I wanted to win the tournament and being able to live out the dream with everyone here, has made it better than I could have imagined," Barty said following her success on the court.