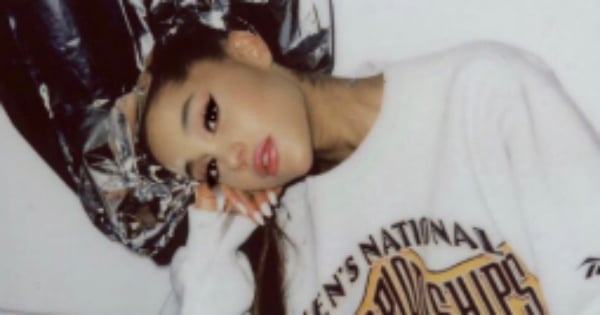 However, the pronunciation of Ariana Grande‘s last name has never been a mystery to most of us. Identical to the popular Starbuck’s coffee size, we thought we’d nailed it. Well, according to Ariana and her grandfather, apparently not.

In a recent interview with Beats 1, Grande revealed that growing up, her and her family pronounced their last name Grand-ee.

Not Grahn-day, Grand, or Grand-eh. Not any of the names we’ve been calling the singer and actress for her entire career.

“Well my brother kind of changed it to Grahn-day because, like, Grandee was kind of like the Americanised version of it, you know?” Ariana said.

“I grew up saying Grand-ee and I think of my grandpa and I wish I said Grand-ee more.”

Ariana said her grandpa changed the pronunciation of her last name to Grand-ee upon arriving to America from Italy to make it sounds more “chill”.

When questioned as to whether she’s planning to change her last name after tying the knot with fiancé and SNL cast member Pete Davidson, Grande said she will most likely hyphenate the two.

“I have to keep Grande because I think of my grandpa… he was so proud of our name,” she shared.

Thankfully, Ariana has a solution for the future that will alleviate all last name pronunciation stresses.

“I feel like I’d like to eventually just be Ariana, you know? Isn’t that sick?” she said.

Sick that certainly is, Ariana.

It also conveniently means we can all live sans the Gran-dee/Grahn-day confusion.

So... the more accurate title of this piece is: Ariana Grande's family have been pronouncing their last name wrong this whole time