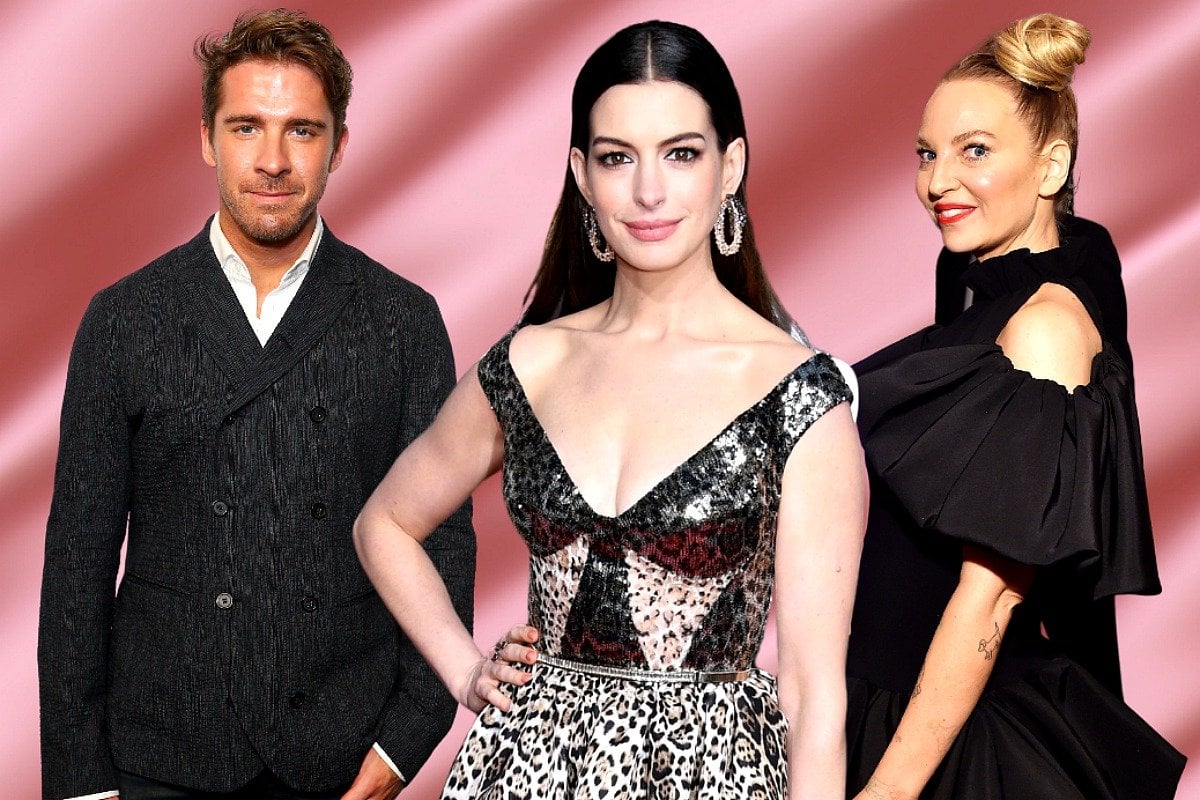 Every time an entertainment controversy bubbles to the surface in 2020, there's a familiar and irritating tune playing in the background.

A tune that actors, creatives and filmmakers have become all too comfortable singing whenever a concern is raised about their creative endeavours.

Think of it as a 'get out of jail' free card publicists used to toss to their embattled clients like an overwrought parent throwing a wipe to a food-covered child.

Except, not so much anymore.

Recently there have three key instances where people in the public eye have faced 'backlash' (a hyperbolic term often used in place of 'raised genuine concerns') and the reactions from the people in question have been wildly different.

In early November members of the disability community, including campaigners and Paralympians, condemned the depiction of the characters in The Witches, saying the use of distinct physical impairments in their hands was offensive to those with limb differences.

Watch the trailer for The Witches. Post continues below.

In response, Warner Bros provided a statement that read “we are deeply saddened to learn that our depiction of the fictional characters in The Witches could upset people with disabilities. It was never the intention for viewers to feel that the fantastical, non-human creatures were meant to represent them.”

Limb difference is not scary. Differences should be celebrated and disability has to be normalised. #NotAWitch calls out ‘#TheWitches’ movie for portrayal of disability 👉 https://t.co/aSY1U6TymE pic.twitter.com/UCU87bUeV8

Closer to home the Sydney Festival production of Hedwig and the Angry Inch has been postponed in response to concerns raised by the Queer Artist Alliance Australia over the decision to cast Australian actor Hugh Sheridan in the role of the rock musical's title character, who some read to be trans.

Hedwig and the Angry Inch producers released a statement saying "We wish to assure the Trans and LGBTQIA+ community that the issues raised are respected and taken very seriously.

"Though we’ve always been so pleased to hear trans folks find resonance in the character’s journey to find his/herself, it’s really through drag and performance that Hedwig does so, creating a persona that is 'more than a woman or a man'."

Listen to The Spill hosts discuss why Hugh Sheridan's role in Hedwig and the Angry Inch is about more than cancel culture.

Thirdly, Australian singer-songwriter Sia faced concern over the trailer for her new film Music, which stars Maddie Ziegler as a young teen with autism.

It was brought to Sia's attention that the job should have been given to a performer who is actually on the autism spectrum, and the hashtag #SiaDoesntSpeakForUs began to trend on Twitter.

Sia responded "I actually tried working with a beautiful young girl non-verbal on the spectrum and she found it unpleasant and stressful. So that’s why I cast Maddie. Casting someone at (the character’s) level of functioning was cruel, not kind, so I made the executive decision that we would do our best to lovingly represent the community."

However, as the criticisms and questions over the film began to intensify, Sia's responses became much more antagonistic.

When Twitter user @HelenAngel wrote, “Several autistic actors, myself included … We all said we could have acted in it on short notice. These excuses are just that — excuses, The fact of the matter is zero effort was made to include anyone who is actually autistic.”

To which Sia responded: “Maybe you’re just a bad actor."

Although it's a practice never adopted by the Twitter trolls and Instagram antagonists who lurk within the darkest depths of social media, the correct way to handle these waves of concern is never to cancel, attack or wish harm to the people embroiled in them.

But rather to point out the errors of representation that have been made and to expect those in creative power to make the necessary apologies and corrections.

Admitting wrongdoing, ignorance or in the case of Sia just (badly) explaining your thought processes are all ways to continue the conversation but in 2020 there's one line of defence that just won't fly.

And that's "but it's just a fictional character".

The fact that the Grand High Witch is a "fantastical creature", that Hedwig is a created persona and that Music is a fictional teen with autism adds no credible weight or creative defence to the conversation.

We're all too aware now of how the entertainment landscape shapes people's lives and opinions and how marginalised groups have been excluded from storytelling over the years.

These three controversies have also given way to the tired old rhetoric that an actor's job is to play a character, and therefore their sexuality, physical differences, race or background shouldn't come into play.

It's all just about giving the role to the best person in the room, right?

Well, yes, that's true I guess if you live in Neverland where a genie grants your wishes and little birds help you get dressed in the morning, but here in the real world the hard truth is that not everybody is allowed into that room.

The concern is that if white, straight, cis-gender, able-bodied performers are the only ones who are allowed to play these characters, then the stories that are being told cease to be just fictional. Instead, they bleed into the marginalisation and misinformation that still runs rampant in our world.

And the real kicker here is that it's not just the creatives who are fueling the battle cry that fictional characters live in a safe zone free of our own social issues.

The comment section beneath every article and social media post touching on Hugh and Anne's roles and Sia's movie felt like a collective eye roll aimed at the people who had raised concerns and very much missing the point behind the backlash.

"It's a movie! A character! It's not meant to be real-life," others furiously typed.

"You shouldn't have to apologise! You're playing a role, people are just looking to be outraged!" others posted under Anne Hathaway's thoughtful response to the concern raised over the physical depiction of The Grand High Witch.

One of the few celebrity apologies, it should be noted, in recent years that didn't use the character defence, instead, she simply said "I'm sorry and I'll do better."

Unfortunately, Hollywood has a long and sordid history of not only casting straight, white, cisgender people in diverse and marginalised roles, but also loudly awarding them for bringing these 'characters' to life.

This trend was slightly upended in 2018 when Scarlett Johansson was criticised for signing on to play a transgender character in the movie Rub and Tug.

She initially responded to the critics by saying "tell them that they can be directed to Jeffrey Tambor, Jared Leto, and Felicity Huffman’s reps for comment" referencing actors who have been glorified for playing transgender characters in the past.

Scarlett eventually admitted she was wrong and dropped out of the film, but to this day there is still an army of voices that believe she should have stuck with the character.

The thing is, it's never just 'a character', at least until we stop putting the importance of fictional stories above the ones playing out in the real world.

Reply
Upvote
1 upvotes
Why would an actor *want* to be pigeon-holed into a part based exclusively on who they are? Sounds like the career kiss of death to me. All the rubbishy actors are just playing themselves rather than acting and it's so very dreary to watch.
If transwomen are true women, and transmen are true men, I don't see any issue with them being played by bio women or men. If there is an issue, I'm sure someone will explain it to me here.
laura__palmer 2 months ago

Reply
Upvote
@kathp Transwomen and transmen simply aren't being given opportunities to play cis women and men. Which is why cis people should think twice about playing trans roles. Until there is true representation in Hollywood, cis people need to step back. Decisions of who plays a role are not made in a vacuum and discrimination against people who aren't cis, able bodied and white exists.
kathp 2 months ago

Reply
Upvote
1 upvotes
@laura__palmer I think it is a little inconsistent to argue for the abolition of categories in certain instances and the maintenance of them in others.
daijobou 2 months ago

Reply
Upvote
@kathp from trans friends I believe the bigger issue is when a cis man plays a trans woman (or a cis woman plays a trans man), it is reinforcing a stereotype that trans women are manly and can’t be portrayed  as “real” women.
laura__palmer 2 months ago

Reply
Upvote
@kathp No, it's not when you consider that the choices to put cis gendered people into trans roles aren't made in a vacuum.
feast 2 months ago