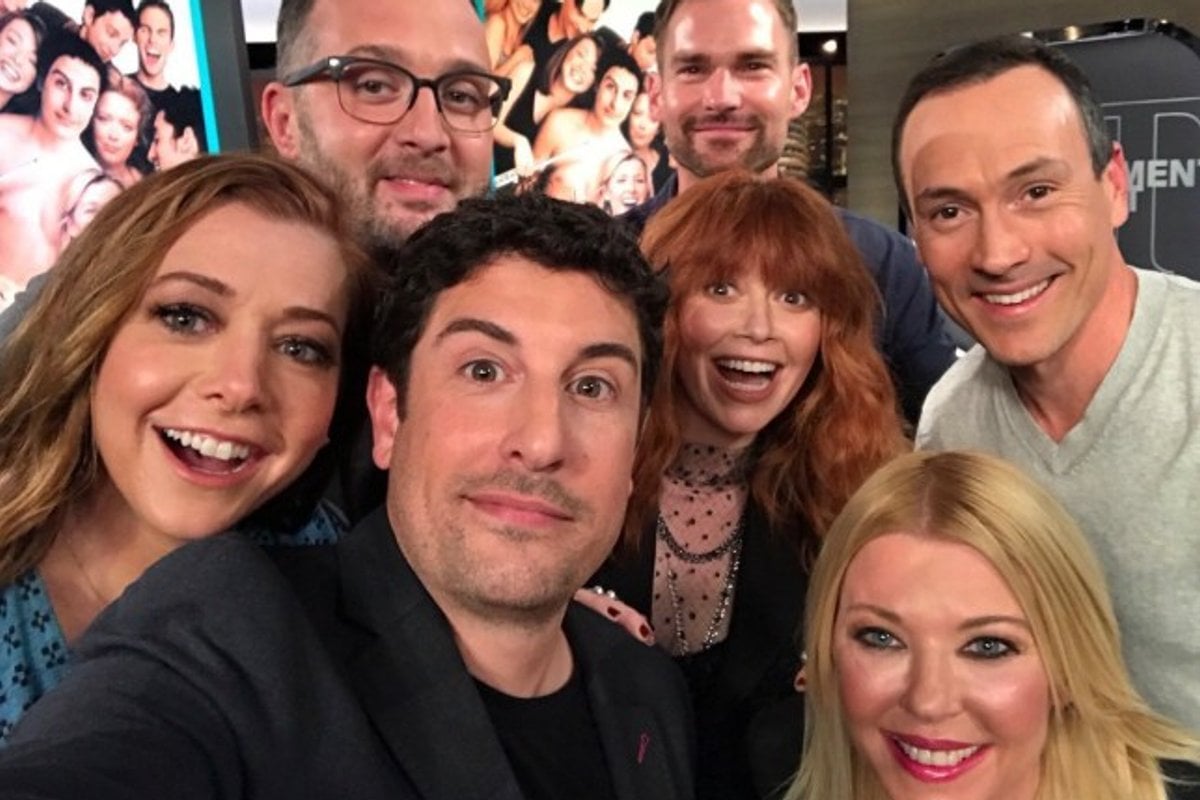 In September 1999, the raunchy teen film American Pie was released.

Watch the trailer for American Pie here. Post continues below.

But what's more crazy is that it's been 21 years since the first film was released.

Here's what the teenagers from American Pie have been up to since. 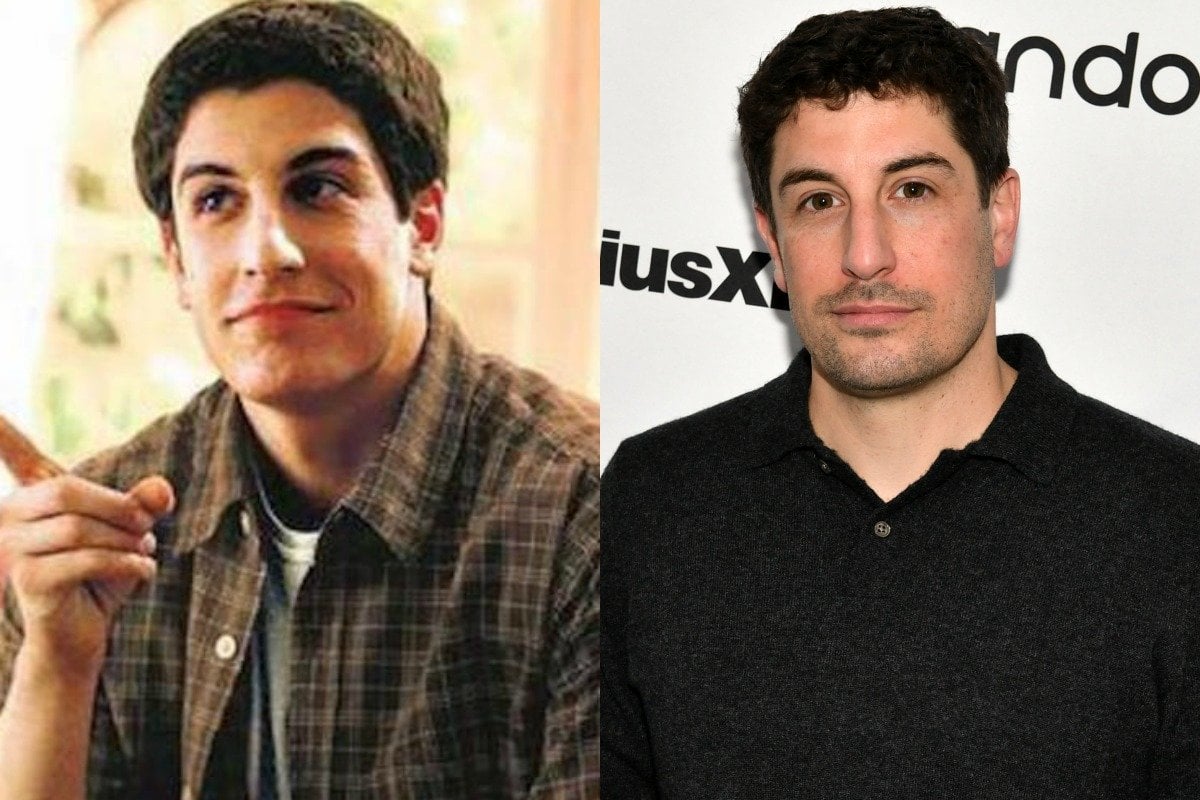 He played Piper's husband in Orange is the New Black and starred in films including Saving Silverman, Over Her Dead Body and My Best Friend's Girl.

He's currently playing the main role of Mike in the sitcom Outmatched.

In 2008, Biggs married his My Best Friend's Girl co-star Jenny Mollen. They have two sons, Sid and Lazlo. 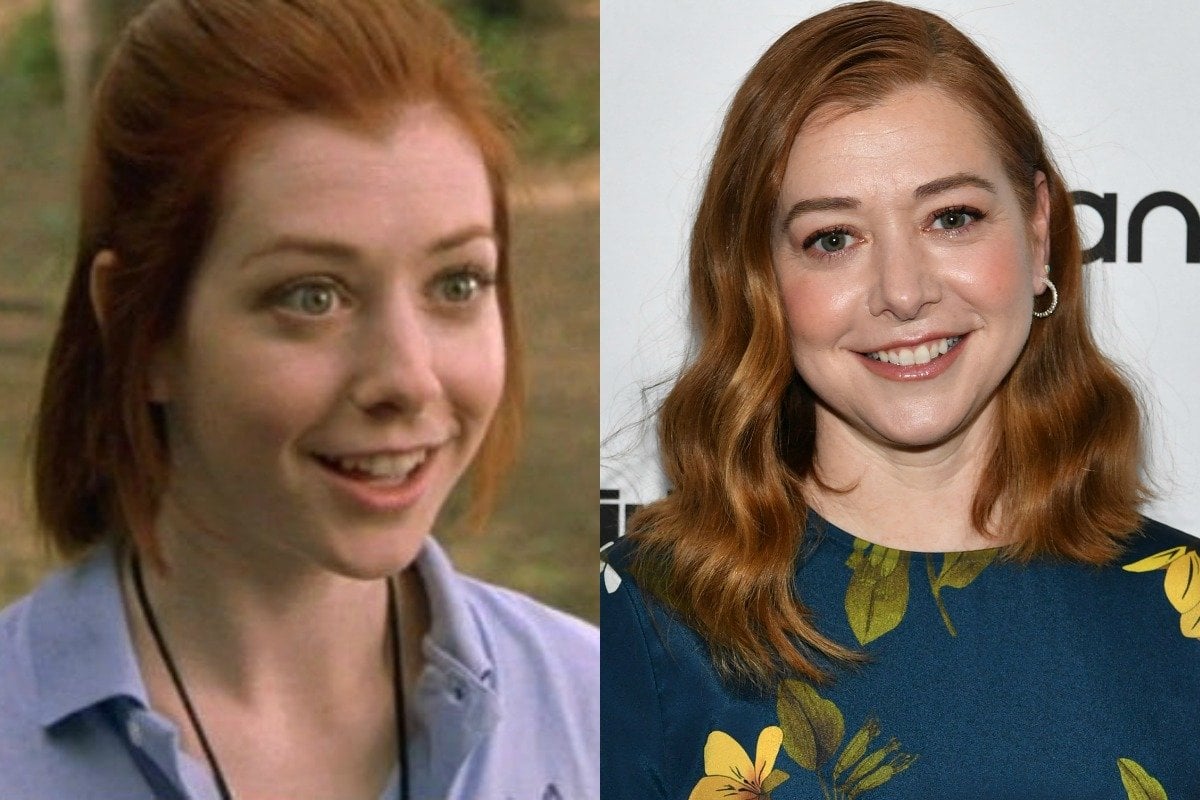 Alyson Hannigan played Michelle Flaherty - the band geek who went to prom with Jim and later became his girlfriend and wife.

After the first three American Pie films wrapped, Hannigan landed her other most memorable role: playing Lily on How I Met Your Mother. She played that role for nine years.

In 2003, Hannigan married her Buffy the Vampire Slayer and Angel co-star Alexis Denisof.

They have two daughters, Satyana and Keeva Jane. 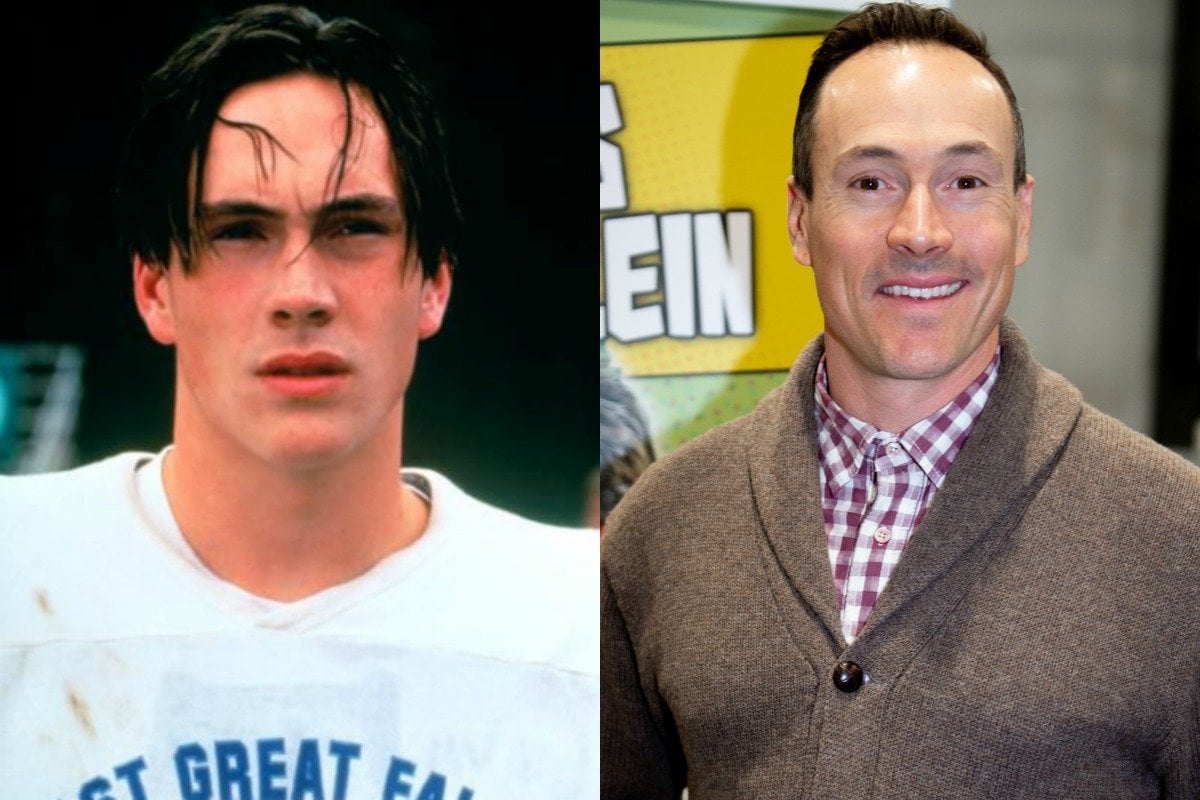 Since those days, Klein has appeared in various films including Mel Gibson's We Were Soldiers and more teen movies including Just Friends and American Dreamz.

In 2005 and 2010, Klein was arrested for drunk driving. In 2010, he checked himself into a rehabilitation centre, to begin an alcohol addiction program.

"I would have died, and I think about that every single day," the actor told People in 2012.

"It got to the point where I was a fragile shadow of the young man that came into this business. Today, I’m the luckiest guy alive." 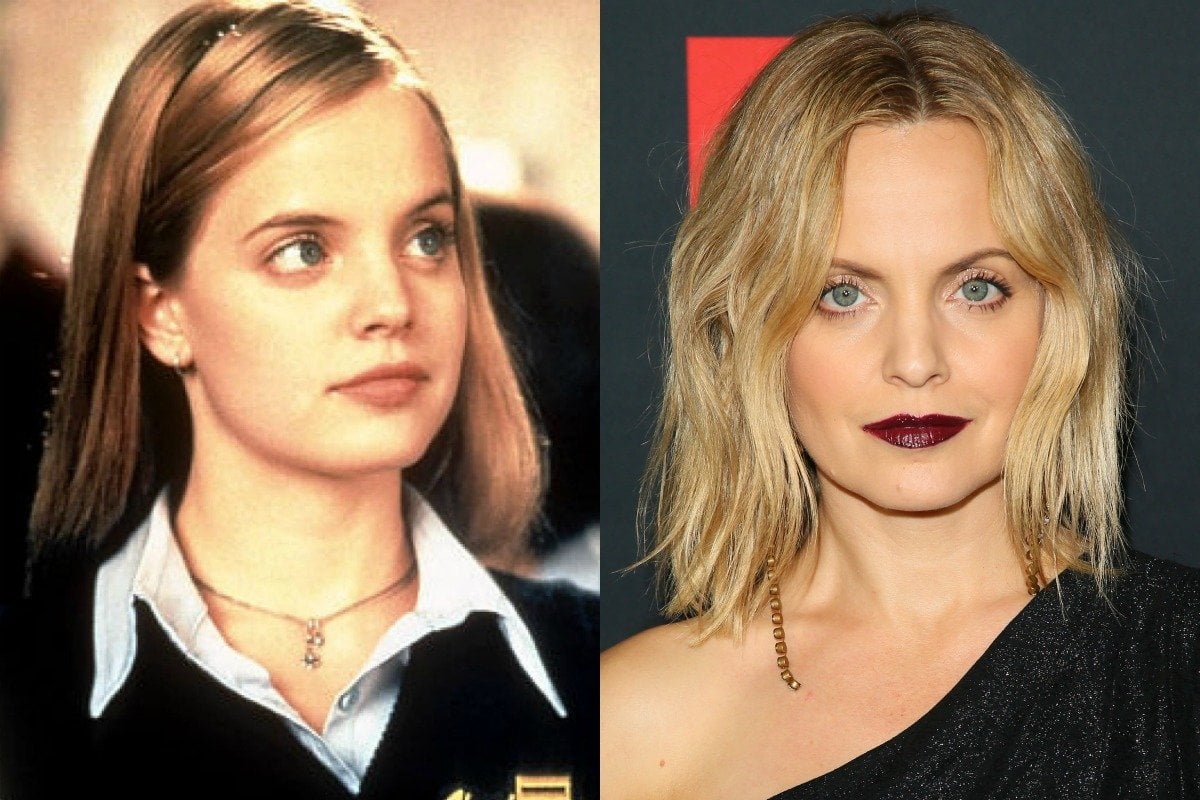 In 1999, Mena Suvari had a good year. Not only did she skyrocket to fame playing Oz's girlfriend Heather, but she also appeared in the critically acclaimed film, American Beauty.

Since then, she's appeared in various other film and television roles including Six Feet Under, American Horror Story and Chicago Fire.

In 2018, she married partner Michael Hope. In October of this year, the couple announced that they are expecting their first child. 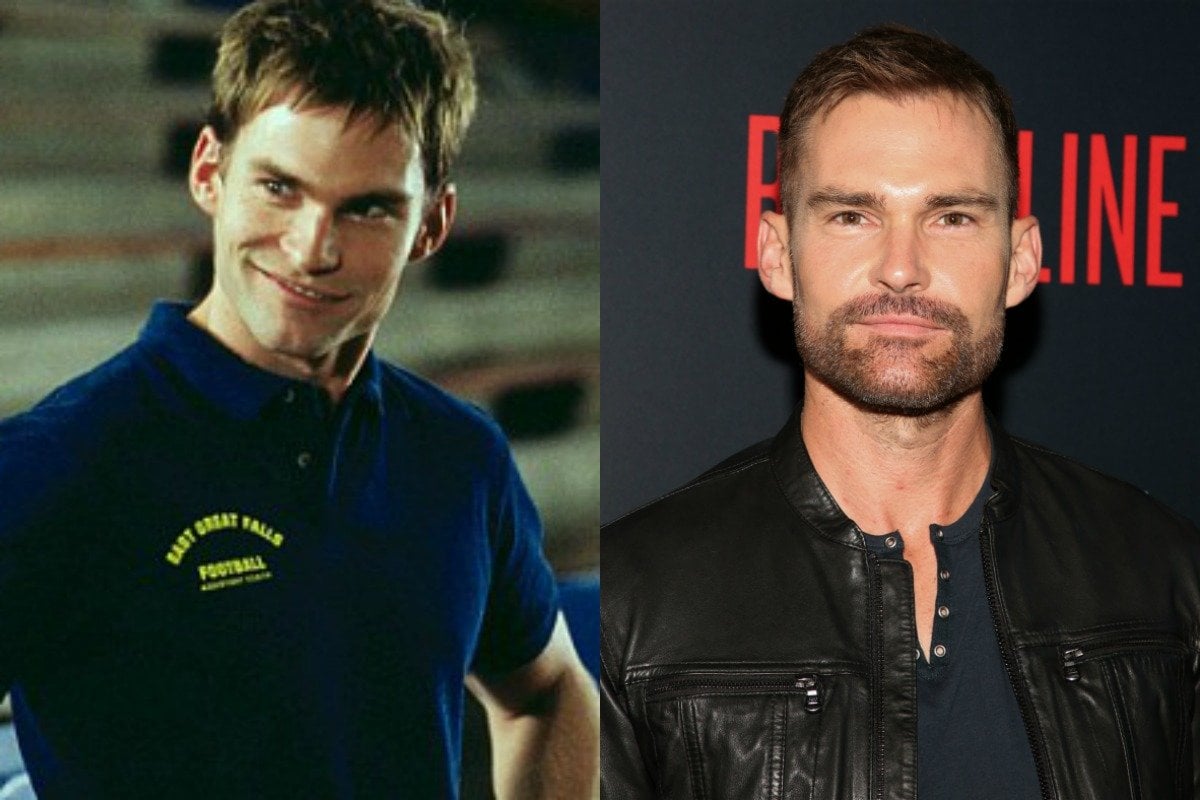 After the American Pie films, Scott appeared in various other movies including Old School, Final Destination, Role Models, Road Trip, The Dukes of Hazzard and Dude, Where's My Car?

Most recently, he played Wesley Cole on the television series Lethal Weapon.

Scott describes himself as a "private guy" and rarely discusses his personal life. In 2019, he married interior designer Olivia Korenberg. 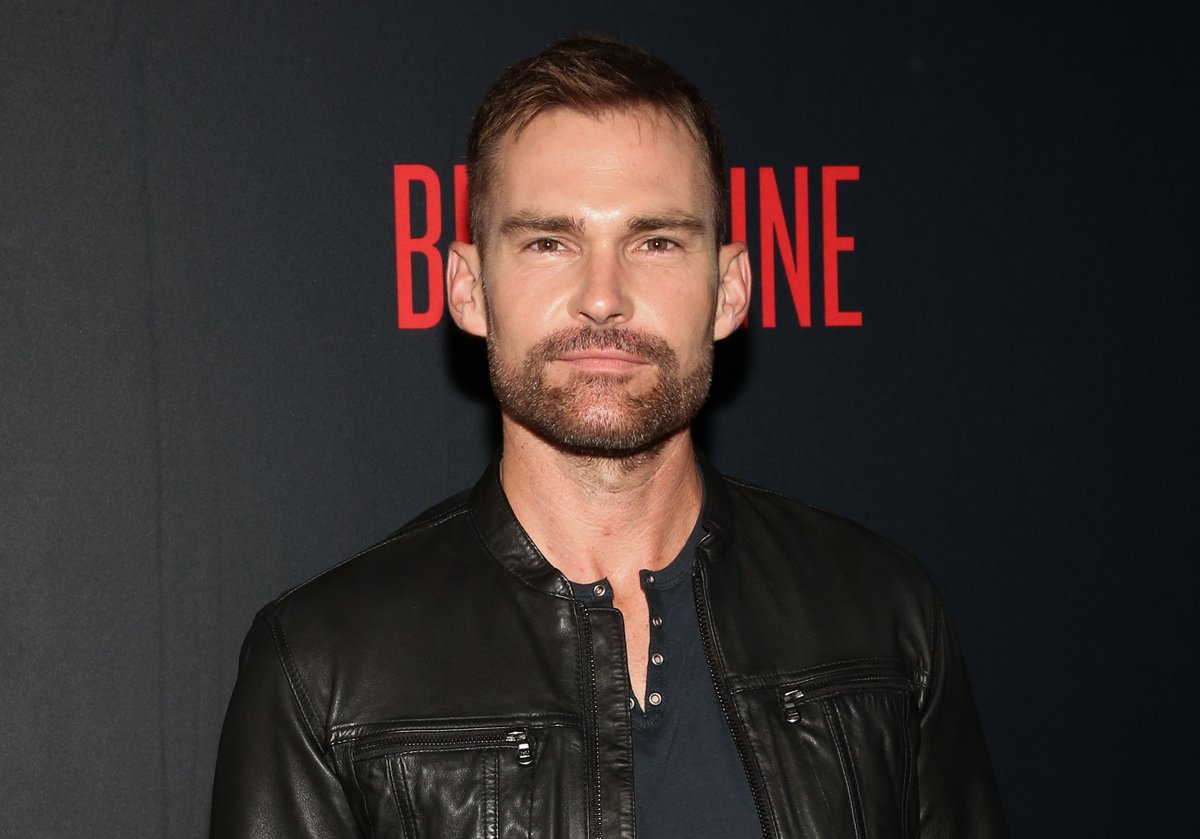 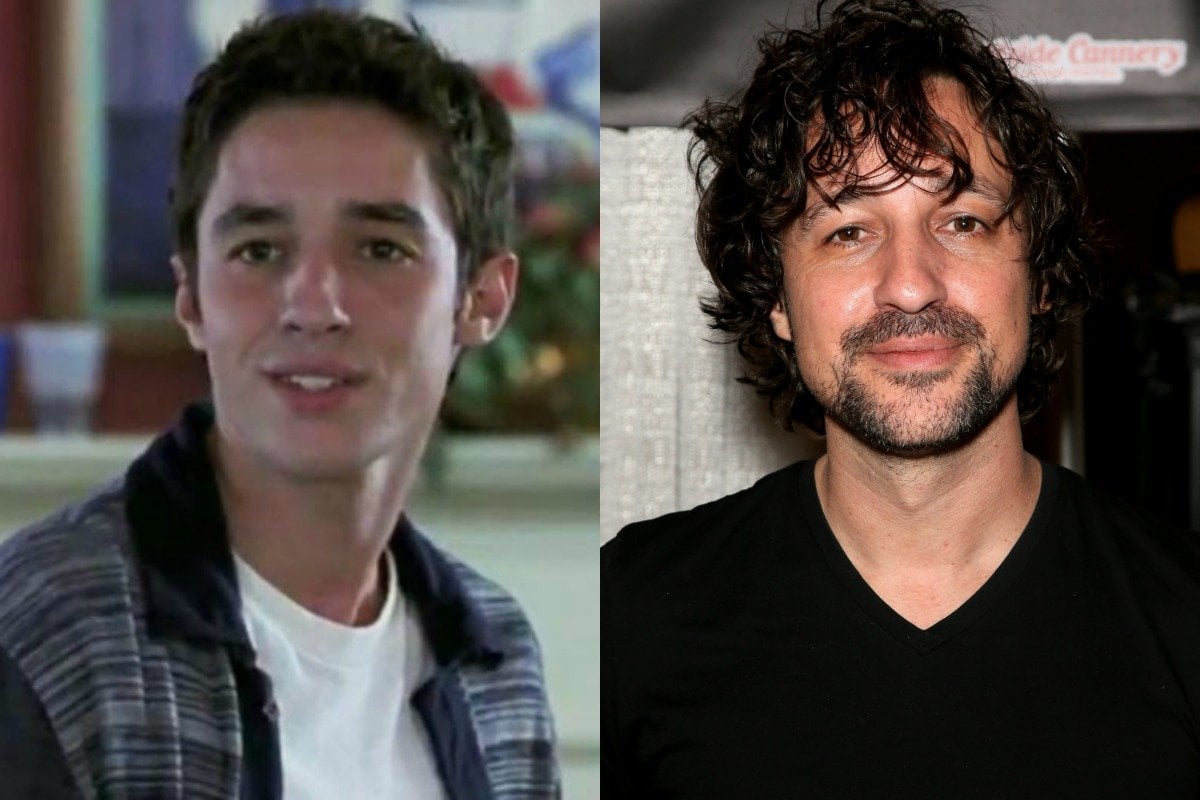 Thomas Ian Nicholas played Kevin Myers, the kid who initiated "the pact" for the guys to lose their virginity before graduation.

In 2003, Nicholas played Frank Sinatra Jr. in Stealing Sinatra, and most recently he appeared in Zeroville alongside James Franco, Megan Fox and Seth Rogen.

In 2008, Nicholas released his debut album, Without Warning.

In 2012, his single 'My Generation' appeared on the American Wedding soundtrack.

Personally, Nicholas is married to DJ Colette Marino. They have two children, Nolan and Zoë. 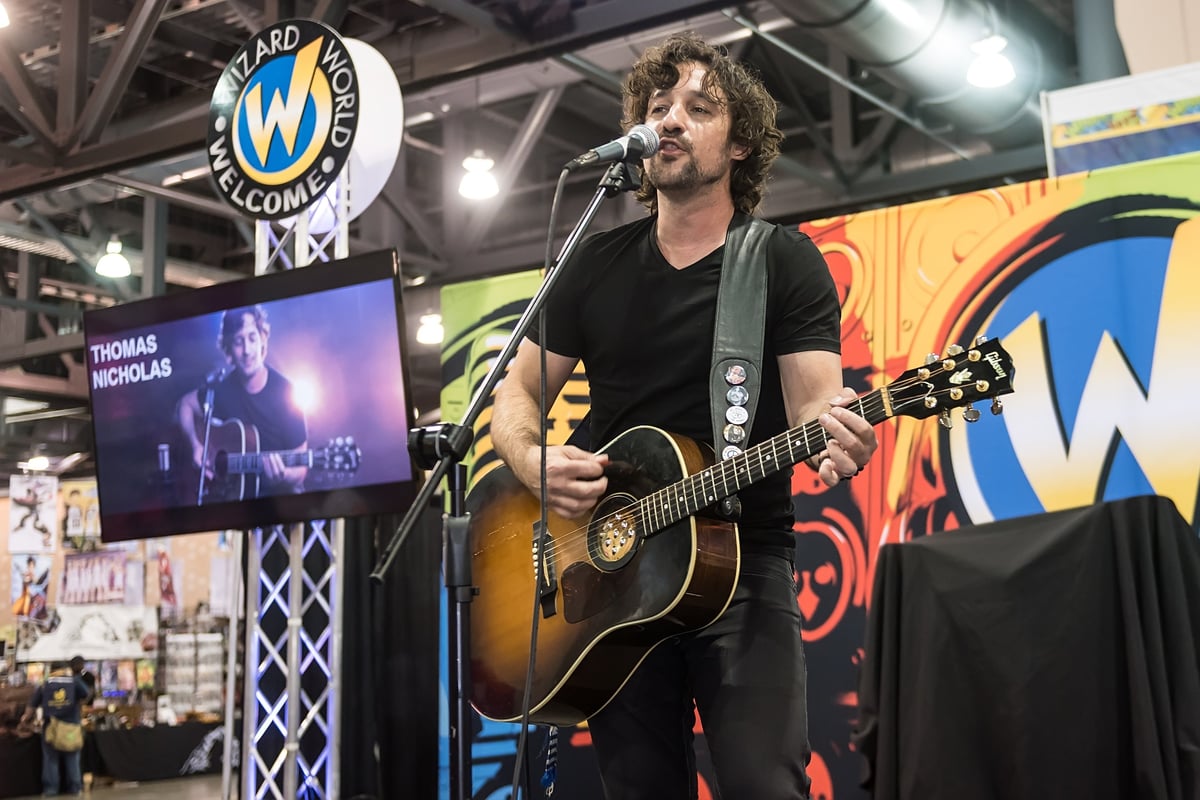 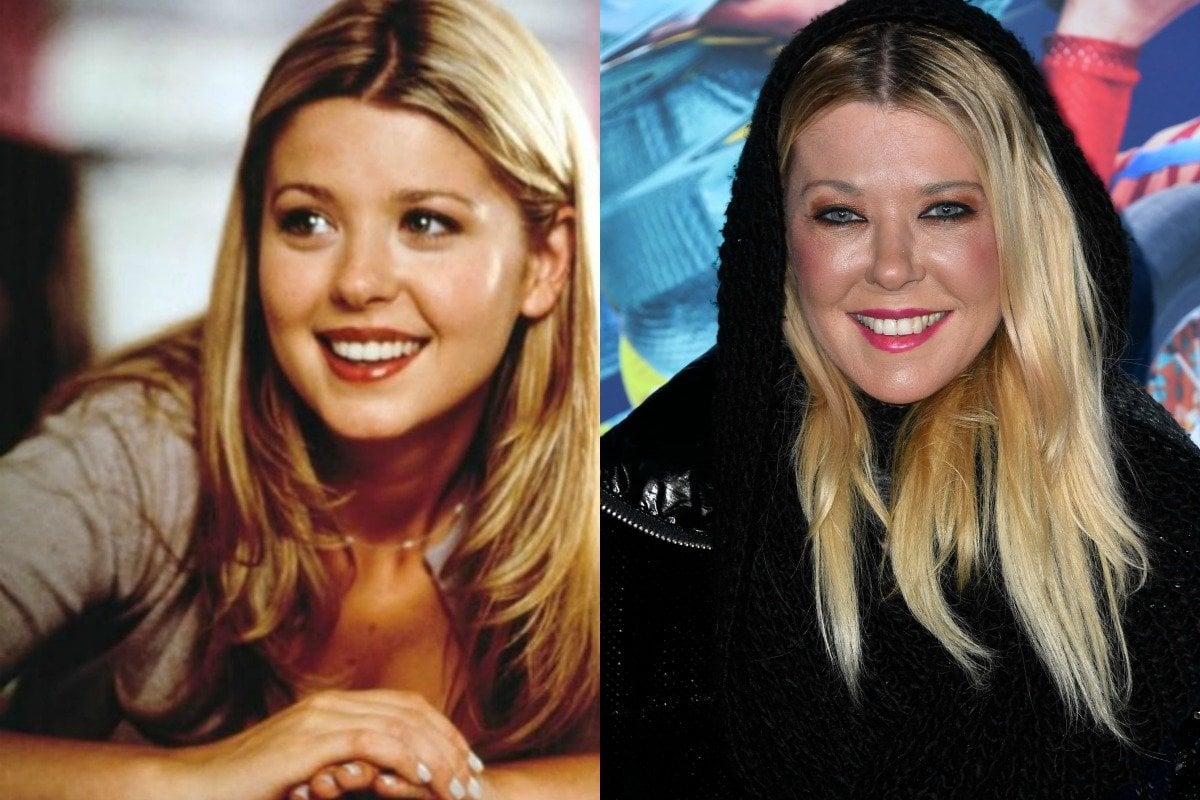 Tara Reid played Kevin's girlfriend who was in no rush to lose her virginity.

Soon after the film, Reid landed a role in the rom-com Dr. T & the Women alongside Richard Gere. There were also some less notable films such as Josie and the Pussycats, Van Wilder, My Boss's Daughter and Alone in the Dark.

From 2005 to 2006, Reid hosted her own travel reality TV series, Taradise. In 2011, she appeared on the UK series of Celebrity Big Brother.

In 2015, she appeared in the infamous TV film, Sharknado. Then appeared in six more of them.

She later released Shark by Tara, a perfume and swimwear line inspired by the films.

On a personal note, Reid famously received two botched plastic surgeries in 2004. The first, a breast augmentation and the second, liposuction.

"My stomach became the most ripply, bulgy thing," she told Us Weekly in 2006. "I had a hernia, this huge bump next to my bellybutton. As a result, I couldn’t wear a bikini. I lost a lot of work."

In 2010, Reid got engaged to boyfriend Michael Axtmann. However, the couple split just weeks before the wedding. 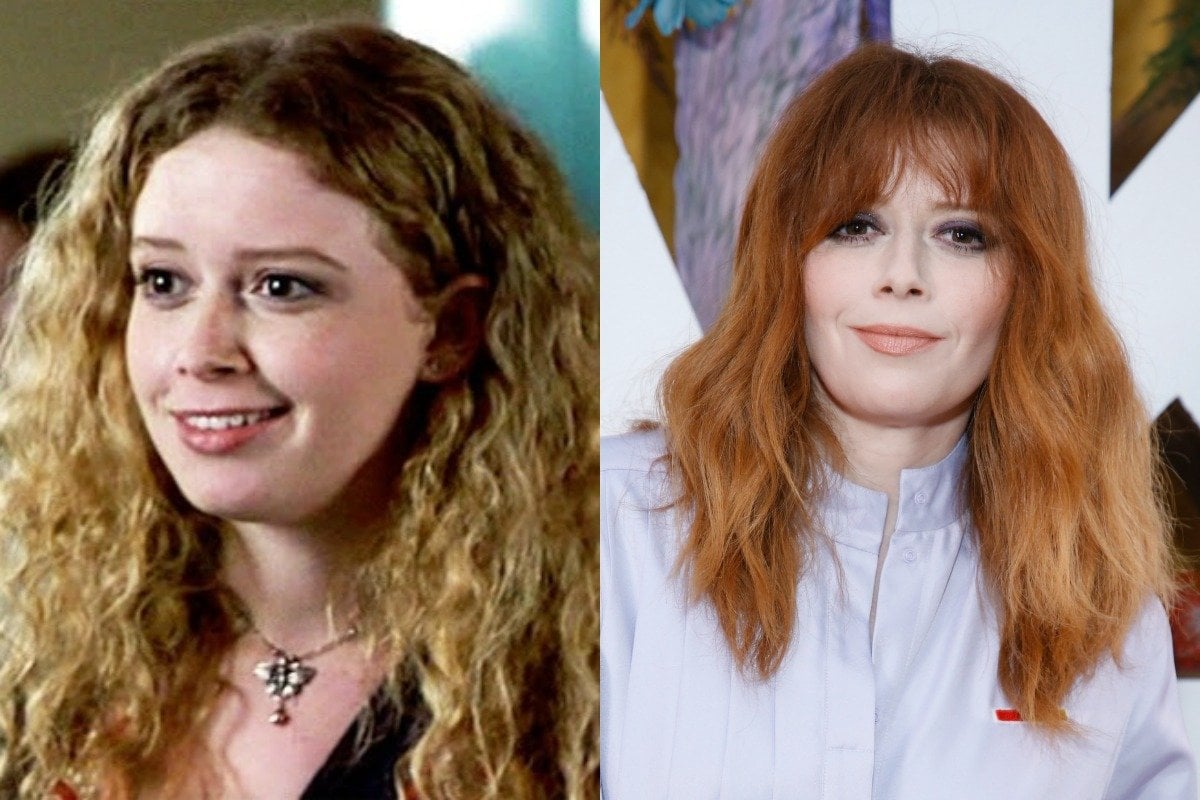 More recently, she's appeared in films including Sleeping with Other People, Hello, My Name is Doris and Honey Boy. As well as guest appearances on television shows such as Will & Grace, New Girl and Law and Order: Special Victims Unit.

You'll more than likely remember her from Orange is the New Black and Russian Doll.

Personally, Lyonne's life has had ups and downs since American Pie.

During the early '00s, Lyonne had various run-ins with the law and issues with substance abuse. In 2004, she was evicted from her New York City apartment, following complaints from various neighbours.

In 2005, she was admitted to hospital with hepatitis C, a heart infection and a collapsed lung. She was also undergoing treatment for heroin addiction.

Later that year, she was admitted to a drug and alcohol rehabilitation facility.

Since 2014, she's been in a relationship with actor, comedian and writer Fred Armisen. 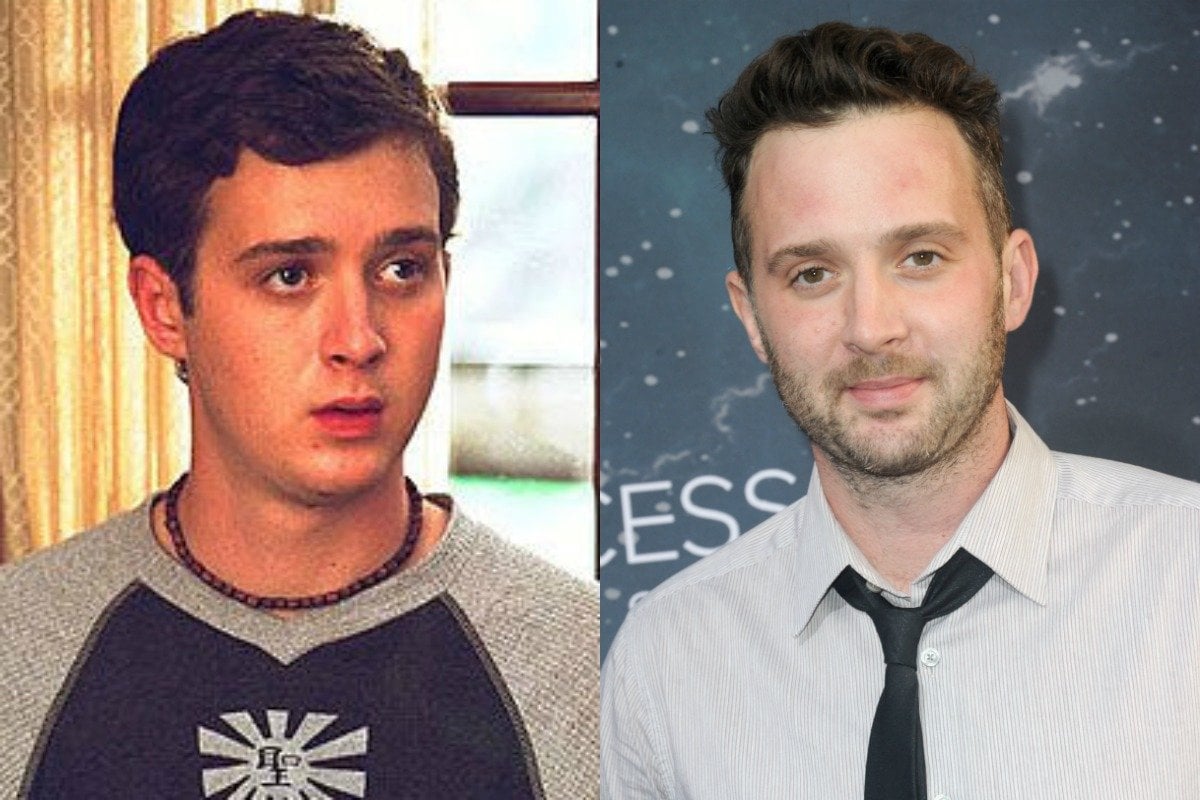 Following the film, Thomas appeared alongside Robert Downey Jr. and Jared Leto in Black and White. In 2001, he starred in the television series Off Centre.

Since 2005, Thomas has played the voice of Barry Robinson on American Dad! 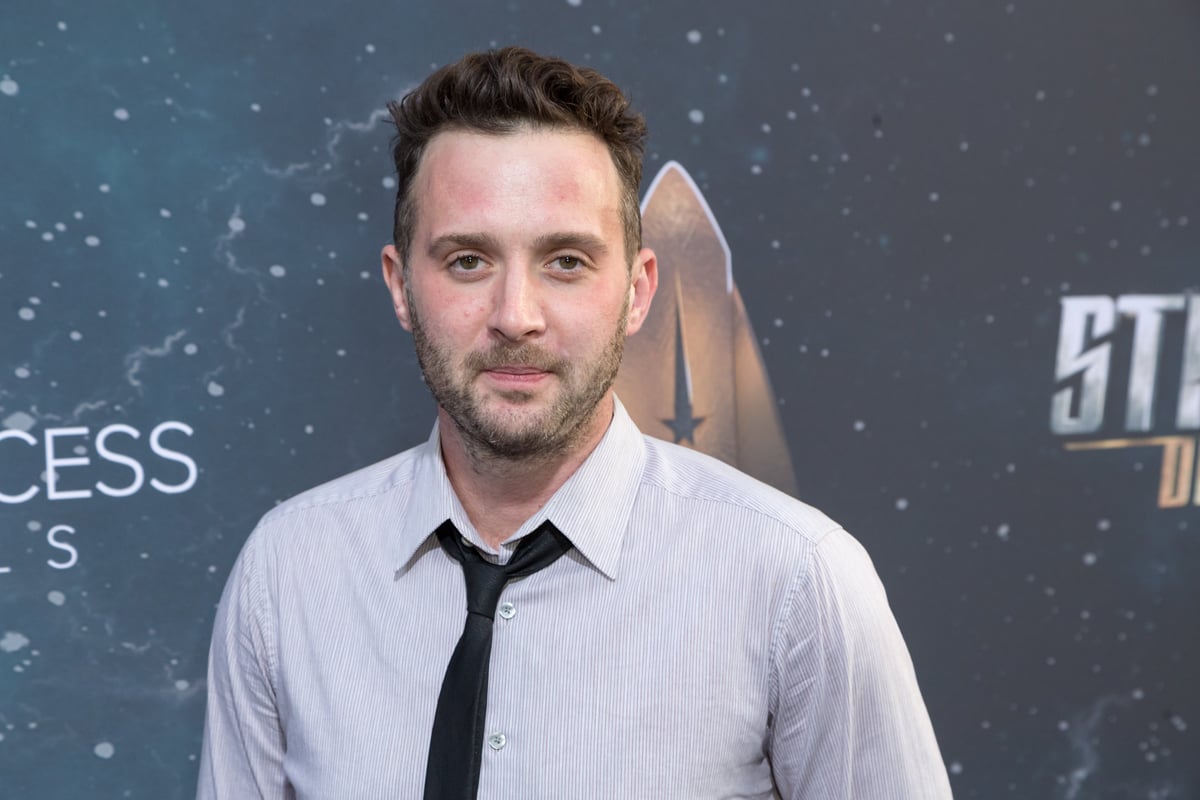