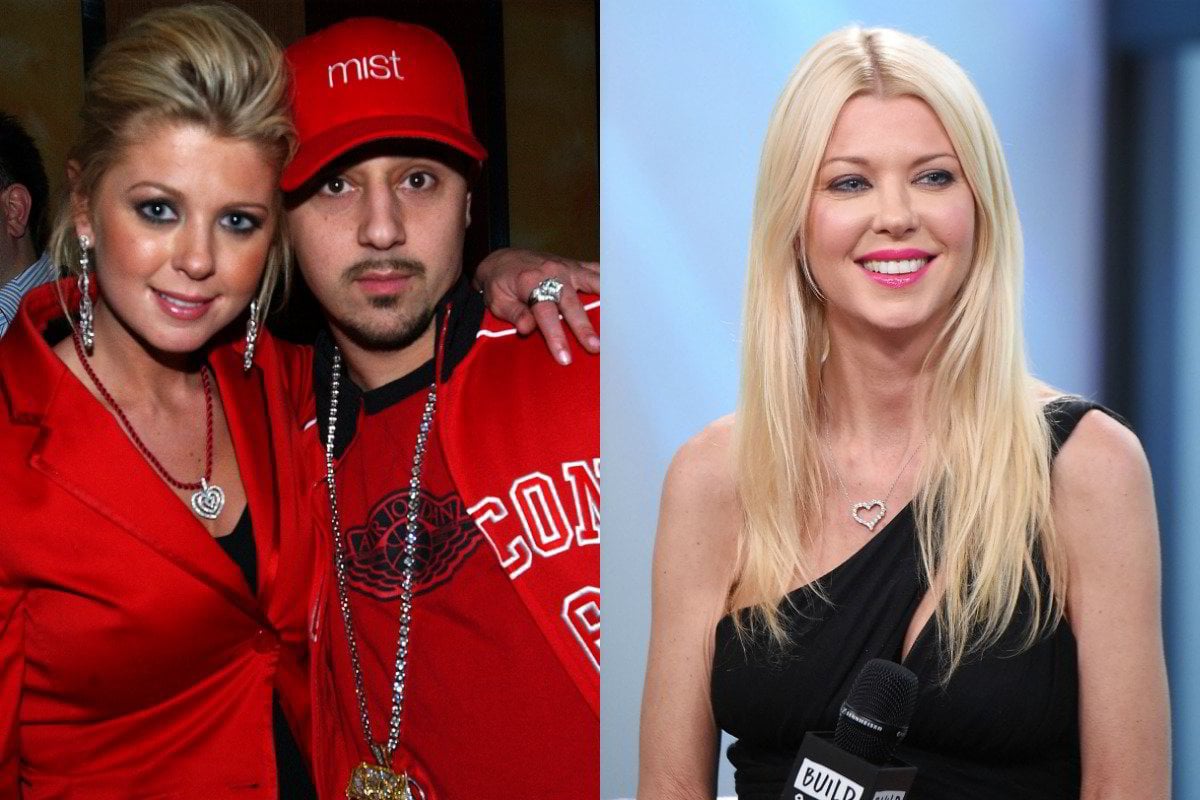 Twenty years ago, Tara Reid was everywhere. She’d starred in American Pie, she was on the cover of Rolling Stone and she was engaged to Carson Daly. And then, spectacularly, it all fell apart for her, in a blur of franken-nipples, Razzies and fake marriages. So what happened?

Reid started out in showbiz at a young age, after being talent-spotted in a New Jersey shopping mall. As a pigtailed six-year-old, she was a regular on the game show Child’s Play, before going on to shoot more than 100 commercials.

Her movie career took off in her early twenties. She was in The Big Lebowski, Urban Legend, Cruel Intentions and then, in 1999, megahit teen sex comedy American Pie, where she played the virginal Vicky alongside other up-and-coming stars like Chris Klein and Alyson Hannigan.

Watch: How do celebs get their boobs red carpet ready? Post continues below.

It should have been the beginning of a stellar acting career. But it wasn’t.

"At the time of American Pie my career was so high, it was blasting and then it dropped," she told the Mirror last year. "All of a sudden you go from one extreme to the other."

Reid made some unfortunate movie choices, including Dr. T & The Women and Body Shots. But while she didn’t have box office success, she did have fame. She partied hard.

"If I was staying home and I’m not gonna get the meetings anyway, then what’s gonna happen?" she told Time in 2014. "You feel like you’re in jail. You’re not going to get the parts. You’re trying to be on your best behaviour and no one respects it. So you might as well just travel the world, meet new people, have fun."

Soon, it was impossible for the media to mention Tara Reid without the words "party girl" in front of her name. In 2003, Entertainment Weekly announced she was joining Scrubs.

"At last, Tara Reid has found something to keep her busy for a while when she’s not dancing on tables or complaining that fellow party animal Colin Farrell benefits from a sexist double standard," the article began.

Then in 2004, there was the infamous nipple slip. Attending Diddy’s birthday party, she was on the red carpet, posing for the cameras, when one of the shoulder straps on her dress slipped down. She didn’t notice and kept smiling and posing. It took 10 seconds for a publicist to jump in and lift the strap.

"I just hated that the paparazzi were high-fiving each other and laughing," Reid later told Access Hollywood. "It was so cruel." 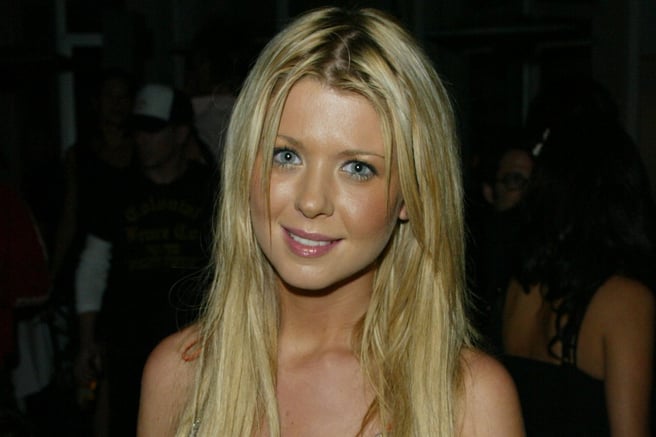 What drew even more attention to the nipple slip was that her nipple looked unusual. Reid was labelled "Franken-nipple", and later had to explain that her plastic surgery had gone wrong.

"It looked like I got completely butchered up," she told Today. "The areolas... they looked like goose-shaped eggs."

Reids party-girl reputation led to her scoring her own hard-partying travel series, Taradise.

"Instead of playing down her image as a boozing blonde, Reid has embraced her inner Jacuzzi floozy, and this fiasco is quickly shaping up to be the biggest public meltdown since Chernobyl," a reviewer wrote.

Taradise didn’t do much for Reid’s movie career, which by then was on a rapid downhill slide. Having been nominated for Razzies for her roles in My Boss’s Daughter, alongside Ashton Kutcher, and Alone In The Dark, alongside Christian Slater, she was reduced to doing straight-to-video movies, an ad for an Australian phone company and the UK’s Celebrity Big Brother.

Although she was quickly evicted from Big Brother, she did make two close friends: the identical twins in singing duo Jedward, John and Edward Grimes.

"They stuck up for me in the house and had my back because I got a bit bullied," she told The Mirror. "They protected me and you ­never forget people who protect you."

In 2013, Reid’s career was revived by the unlikeliest saviour: the flying sharks of sci-fi disaster movie Sharknado. She starred in not just the original, which was an instant cult hit, but the sequels, through to Sharknado 5: Global Swarming and The Last Sharknado: It’s About Time. 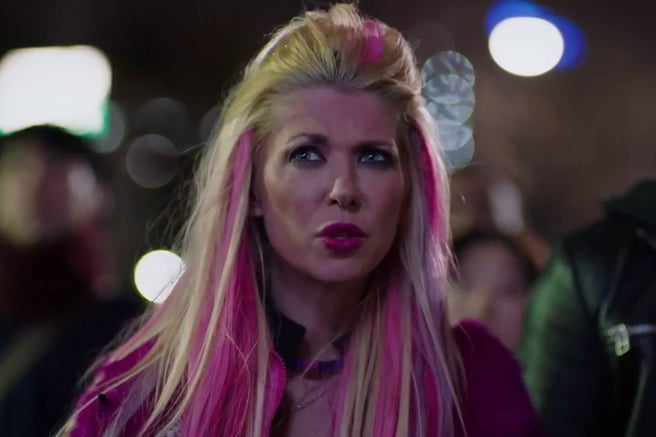 She told The Guardian in 2017 that she was "in a good place" and working a lot.

"If someone had told me that Sharknado was going to cause all this, I would have laughed," she said. "It’s turned out to be a huge blessing."

Reid always seemed to struggle with relationships. Her engagement to Carson Daly lasted less than a year. In 2010, she got engaged to internet entrepreneur Michael Axtmann, but they split up before the wedding.

The following year, she was reported to have married businessman Michael Lillelund, but she tweeted that her new husband’s name was in fact Zack Kahayov. Later she told TMZ that the marriage to Kahayov, a financier, wasn’t legal.

"We were never really married," she explained.

In 2016, Reid and actor Dean May signed on for Marriage Boot Camp: Reality Stars 5. The "couple" were kicked off the show when cameras picked up a conversation that revealed﻿﻿ they weren’t in a relationship.

"I did it for you because you said, 'I just wanna make a little bit of money and I wouldn’t mind the fame,'" Reid could be heard telling May.

Last year, Reid told the Mirror that she had no time for romance.

"My dog is my love," she said. "If I cry he’ll lick the tear from my eye. He’s really smart, he is like a healer and cares so much."

But things have changed. Reid is now dating businessman Nathan Montpetit-Howar. The couple, along with Jedward, have spent recent months quarantining in Los Angeles, although more recently, Reid has been driving to Las Vegas to shoot a vampire movie.

"We have to like, bite each other’s necks!" she told Interview last month. "That’s definitely very close. But everyone’s testing negative. They take the temperatures of everyone all the time."

Reid says she’s started her own production company and has five movies that she’s about to shoot, with titles such as Bloodthirst and Ghostkiller. She says she no longer has her own agent or manager.

"All of a sudden my whole life has changed by me taking responsibility.  And I love it. You build your network up. I’ve never been this busy in my life."