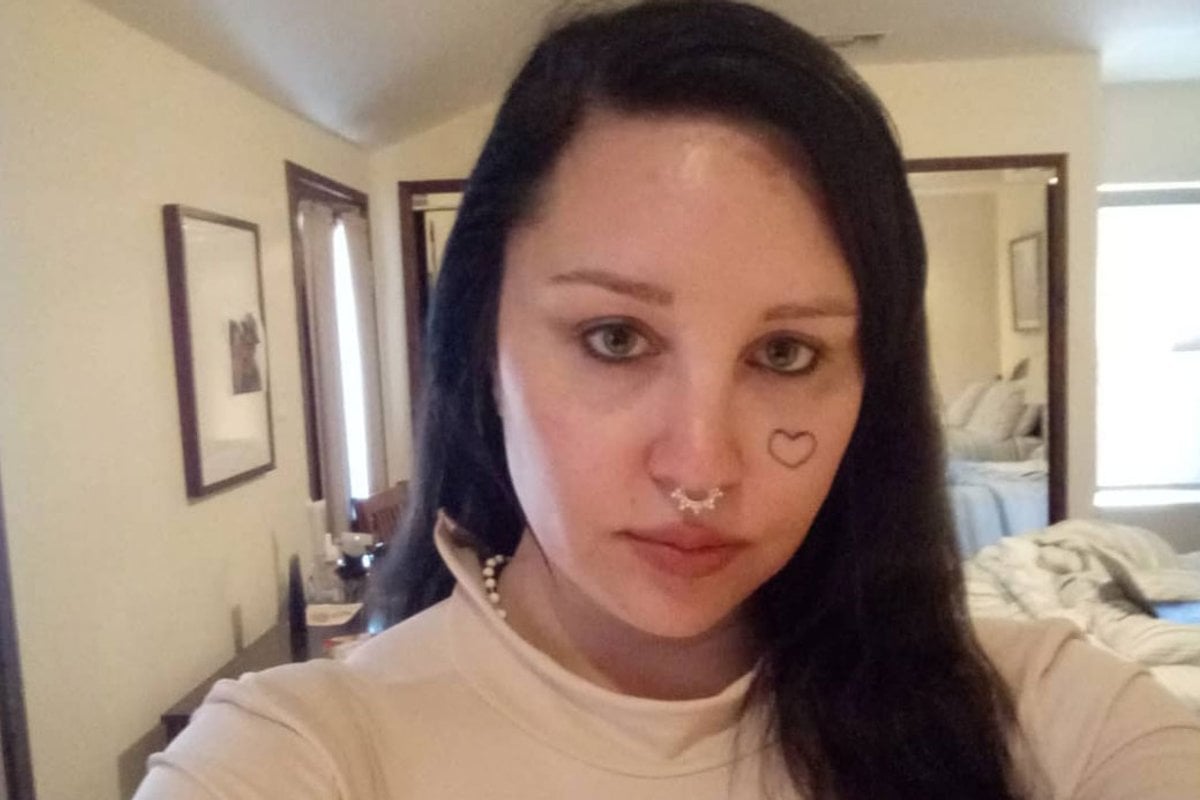 The then 16-year-old, who made her start on Nickelodeon before she had even hit high school, was the world’s most adored child star.

From feature films to a handful of shows on Nickelodeon, Bynes essentially dominated the screens of teenagers around the world.

In 2017, Amanda Bynes gave her first interview in four years. Post continues below.

After rising to prominence on Nickelodeon show, All That, Bynes began starring in her very own sketch comedy show, The Amanda Show.

Before long, the show became the most successful on the network, leading Bynes to win the Favourite Television Actress award at the Kids’ Choice Awards four years in a row. At the time, Bynes was also embarking on her third television series, WB’s What I Like About You.

In the eyes of the media and her close supporters, Bynes could do no wrong.

In fact, in 2002, The New York Times labelled Bynes a new kind of child star.

"Ms. Bynes is like Lucille Ball, Carol Burnett and Gilda Radner rolled into one 16-year-old package," the publication reported.

"Many a True Hollywood Story has been told about show-business kids going bad. But Ms. Bynes seems remarkably self-possessed and far more sedate than the highly caffeinated characters she plays on television."

In the same article, Dan Schneider, who famously created dozens of Nickelodeon TV shows, referred to Bynes as "clean-cut and wholesome".

"I’ve seen kids in her position experiment with drugs and be too promiscuous, but Amanda has avoided all of that," he said.

"My wife, who knows her, says she’s almost like Marcia Brady in that she’s so clean-cut and wholesome."

Of course, anyone who knows the Amanda Bynes story knows that Dan Schneider couldn't be more wrong.

In the years following her success on Nickelodeon, Bynes turned her attention to launching the adult phase of her acting career.

From 2003 to 2006, the actress starred in a number of movies, including What A Girl Wants, She's the Man and Lovewrecked.

For many, Bynes is most well known for her hilarious role alongside Channing Tatum in 2006 film She's the Man.

But for Bynes, it's a time she doesn't look back on fondly.

Speaking to Paper Magazine in 2018, Bynes admitted that seeing herself portrayed as a man on-screen sent her into a "deep depression".

"When the movie came out, and I saw it, I went into a deep depression for four to six months because I didn’t like how I looked when I was a boy," she said.

"I’ve never told anyone that," she added.

"It just really put me into a funk."

The next year, however, Bynes had her first big film break in Hairspray.

"She was completely professional and very sweet," Jennifer Gibgot, an executive producer on Hairspray, later said. "We thought of her as a young Lucille Ball."

Even among a cast starring John Travolta, Michelle Pfeiffer, Christopher Walken and Zac Efron, then 21-year-old Amanda Bynes truly held her own.

Following her role in Hairspray, Bynes signed a two-film contract with Screen Gems. The deal included a supporting role in Easy A as well as a starring role in another film, which was later cancelled.

At the time, the president of Screen Gems said that Bynes was one of the few actors who "can make that graceful transition from kid to adult star because she has such strong comic chops".

Amid signing the contract, however, Bynes spoke to Cosmopolitan about her fears of being typecast as a 'goody-goody'.

"I feel like people don't know yet what I can really do."

Despite her comments, Bynes' role in Easy A as a chaste university student was incredibly far from the more adult role she was so desperately craving.

Following the release of the 2010 film, which saw fellow co-star Emma Stone's career skyrocket, Amanda Bynes' career was essentially over.

In fact, she hasn't appeared in another feature film since.

At just 24 years old, Bynes' appearance in Easy A ultimately convinced her to retire from acting.

"I literally couldn’t stand my appearance in that movie and I didn’t like my performance," Bynes told Paper Magazine in 2018.

"I was absolutely convinced I needed to stop acting after seeing it," she continued.

"I was high on marijuana when I saw that but for some reason, it really started to affect me... I was convinced that I should never be on camera again and I officially retired on Twitter, which was, you know, also stupid."

"Being an actress isn’t as fun as it may seem," the then 24-year-old tweeted after Easy A premiered. "If I don’t love something anymore I stop doing it…  I know 24 is a young age to retire, but you heard it here first – I’ve retired."

Amid announcing her sudden retirement, Bynes was booked to appear in Hall Pass, as Owen Wilson's character's babysitter.

In the end, Bynes was replaced by Alexandra Daddario in the film after she began exhibiting erratic and paranoid behaviour on set.

The year of 2012 for the actress was defined by a series of arrests – drink driving, two hit-and-runs and driving on a suspended licence. In total, Bynes had seven car accidents in 2012.

Much like her time on Hall Pass, there were also reports of erratic behaviour.

In one instance, she locked herself in a West Hollywood boutique dressing room for two hours. On another occasion, Bynes was seen by a neighbour talking to inanimate objects for hours at a time. She was also often seen in public wearing brightly coloured wigs.

While Bynes disappeared completely from our screens, the former child star also began chronicling every aspect of her life on her Twitter feed.

In now-deleted tweets, Bynes spoke obsessively of sex and plastic surgery, criticised "ugly people" including Zac Efron and Miley Cyrus and even made racist remarks about Rihanna.

On a daily basis, Byne's "crazy" tweets were chronicled in 'funny lists' online. Instead of being sympathetic to Bynes' obvious struggles with mental health, tabloids continued to run derogatory stories about the former star.

Unlike the breakdowns of former child stars, like Lindsay Lohan and Britney Spears, Bynes' fall from grace played out entirely in the public eye. We watched second by second as her increasingly questionable tweets rolled in.

Speaking to Paper Magazine about her infamous tweets in 2018, Bynes admitted that she now feels incredibly ashamed about what she said.

"I was just stuck at home, getting high, watching TV and tweeting," Bynes said.

"I’m really ashamed and embarrassed with the things I said. I can’t turn back time but if I could, I would. And I’m so sorry to whoever I hurt and whoever I lied about because it truly eats away at me."

Bynes also shared a video on Instagram alongside her fiancé Paul Michael, apologising to the celebrities she called ugly on Twitter.

"I just wanted to post a video to say I'm sorry to everyone that I called ugly on Twitter," she said.

"I was feeling so ugly at the time and it was really hard for me to express myself because I was so drugged out, and now I’ve remained sober for over a year, same with Paul. I just want to let you know that I love you guys and I’m so happy now. I feel like I got what’s mine, and that is Paul." 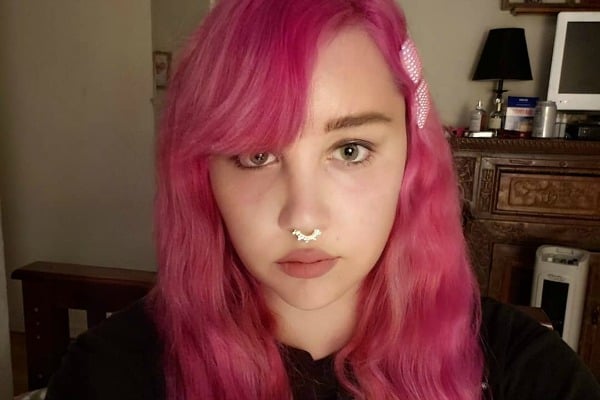 It wasn't until July 2013 that Bynes was involuntarily admitted to a psychiatric facility for setting her neighbours' driveway alight.

In documents tendered to court, Bynes' parents recounted their youngest child "would cover smoke alarms with towels, tape windows shut and cover her car dashboard with cardboard and tape out of fear that cameras were watching her from inside these places".

Before being readmitted in October 2014, Bynes accused her father of verbal and physical abuse on Twitter.

Bynes' mother Lynn immediately responded to the claims, sharing: "Rick has never abused Amanda or our other children physically or sexually. These accusations are absolutely horrible and could not be further from the truth! These allegations stem from Amanda's mental state at the moment."

The next day, Bynes took back her allegations.

"My dad never did any of those things," she said on Twitter. "The microchip in my brain made me say those things, but he's the one that ordered them to microchip me." 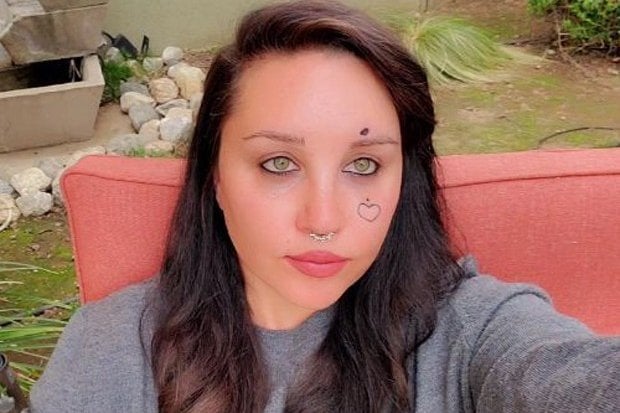 After being readmitted to a psychiatric facility, Bynes later opened up about her mental health, sharing that she had been diagnosed with bipolar disorder.

Speaking to Paper Magazine in 2018, Bynes also opened about her struggles with drug abuse.

Although Bynes was never a big drinker, she began smoking marijuana at 16 years old.

"Later on it progressed to doing molly and ecstasy," Bynes admitted.

She also confessed in the interview to abusing Adderall, a prescription drug commonly used to treat ADHD.

In her 2018 interview with the publication, the former actress shared her hopes of designing her own clothing line in the future and potentially re-entering the acting business.

"I have no fear of the future," she said.

"I’ve been through the worst and came out the other end and survived it so I just feel like it’s only up from here."

Sharing the news on Instagram, Bynes wrote: "Engaged to tha [sic] love of my life".

It’s believed the couple, who reportedly met while attending Alcoholics Anonymous, had been dating for a few months when they became engaged.

He continued: "We go on walks and work every day, like to get coffee, and talk about living together one day. We take good care of each other and we’re understanding of one another and she is a good listener and we’re there for each other."

However, Bynes' lawyer, David A. Esquibias, claimed that Michael was "using" Bynes.

"This guy purports to love Amanda and be a source of emotional support. But, it appears to me he is selling access to her to the paparazzi," he told the publication. 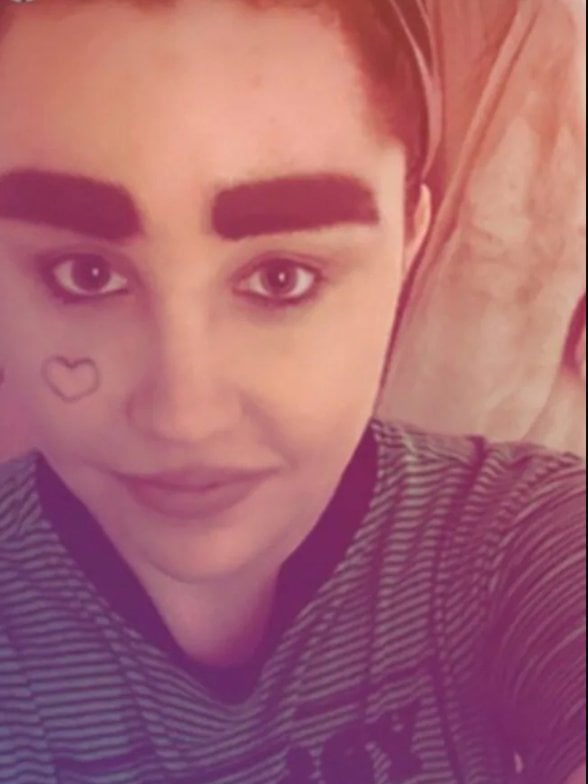 In January 2021, Bynes made a rare appearance on Michael's Instagram Stories.

In the photo, Bynes was seen sporting thick, bushy eyebrows with a heart-shaped tattoo on her cheek.

This post was originally published on February 18, 2020, and updated with new information on January 14, 2021.

In the same article, Dan Schneider, who famously created dozens of Nickelodeon TV shows, referred to Bynes as "clean-cut and wholesome".

"I’ve seen kids in her position experiment with drugs and be too promiscuous, but Amanda has avoided all of that," he said.

"My wife, who knows her, says she’s almost like Marcia Brady in that she’s so clean-cut and wholesome."

Of course, anyone who knows the Amanda Bynes story knows that Dan Schneider couldn't be more wrong.

Hang on. You shouldn't equate having a mental illness with living irresponsibly. You can be both "clean cut and wholesome" AND be mentally unwell.
R
Rush 2 years ago

Another one of the many reasons I would hate to be famous, having every mistake, every bad moment of your life mentioned whenever someone writes about you, even when it's supposed to be about a positive thing, like getting engaged. Just a few days ago, you called out the tabloid press for "fuelling" the trolling and cruelty that comes when people see someone "crashing and burning on a public stage". Do you really think that we need two articles, virtually identical, in the space of two days, rehashing all the difficulties Amanda has had over the past few years? You can talk about her engagement without all the gory details of her mental breakdown attached.

Yes, the kindest and most appropriate thing the press should do is not cover Bynes at all. She's clearly not well, and hasn't been for a long time. Leave her alone and quit feeding the cycle.